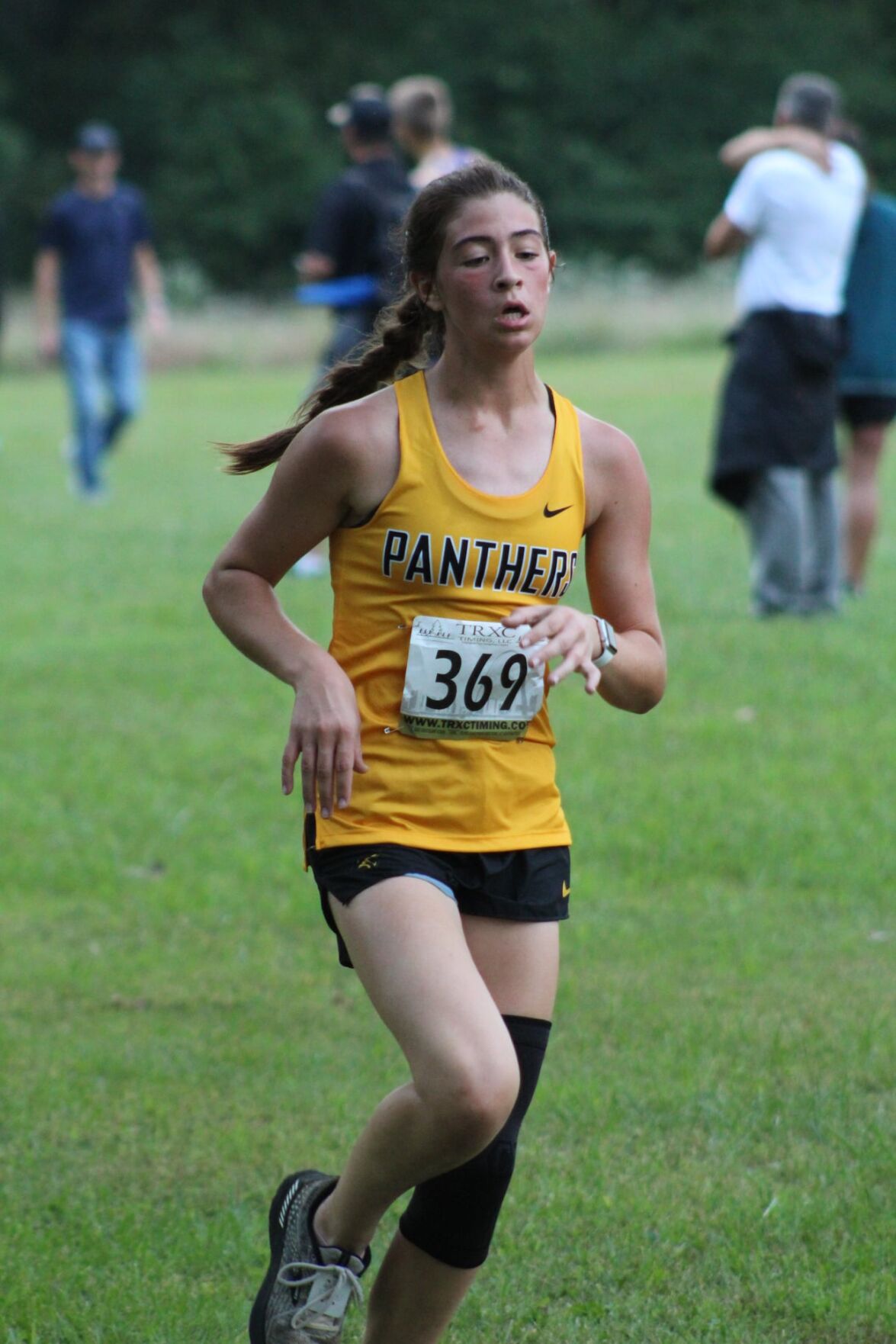 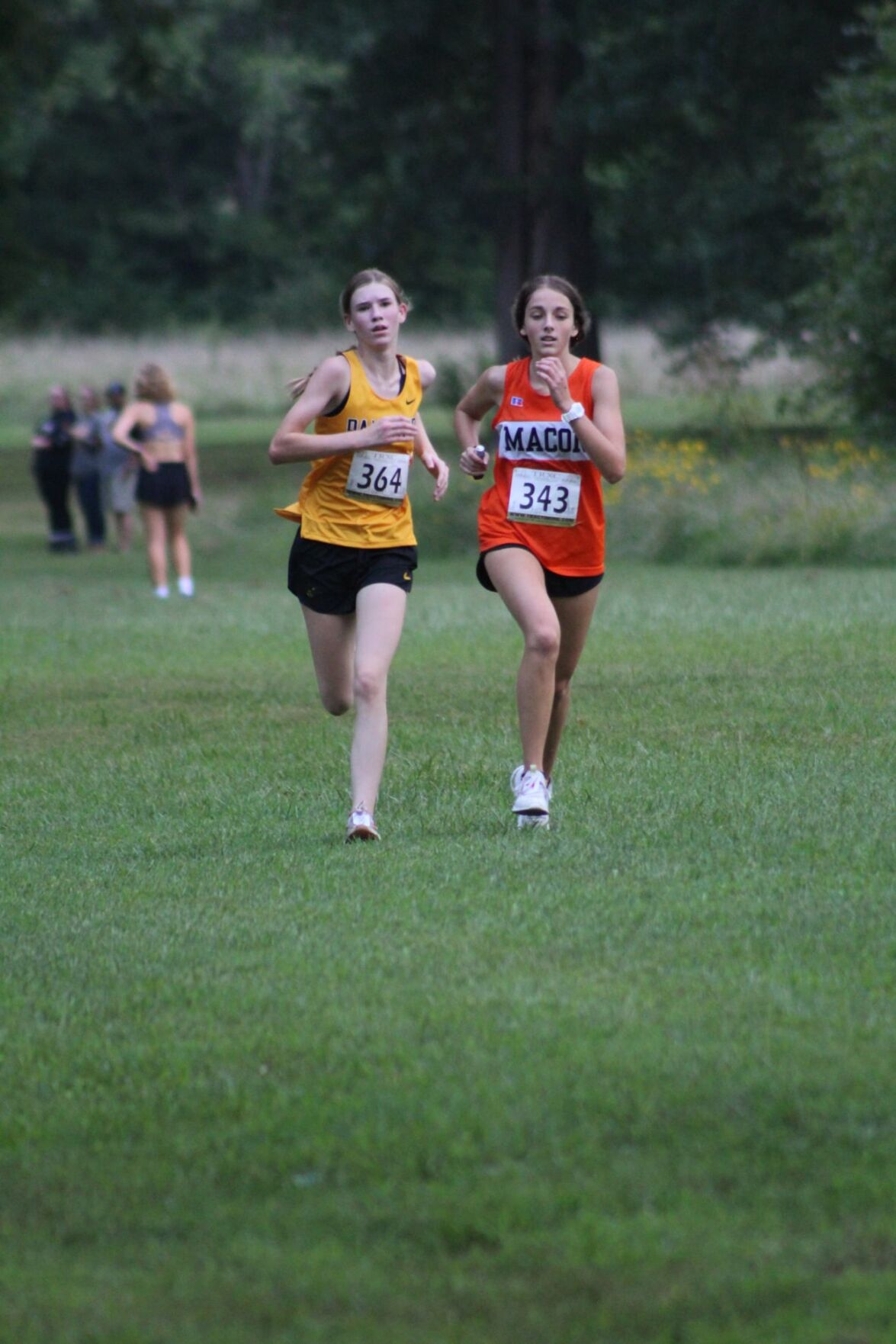 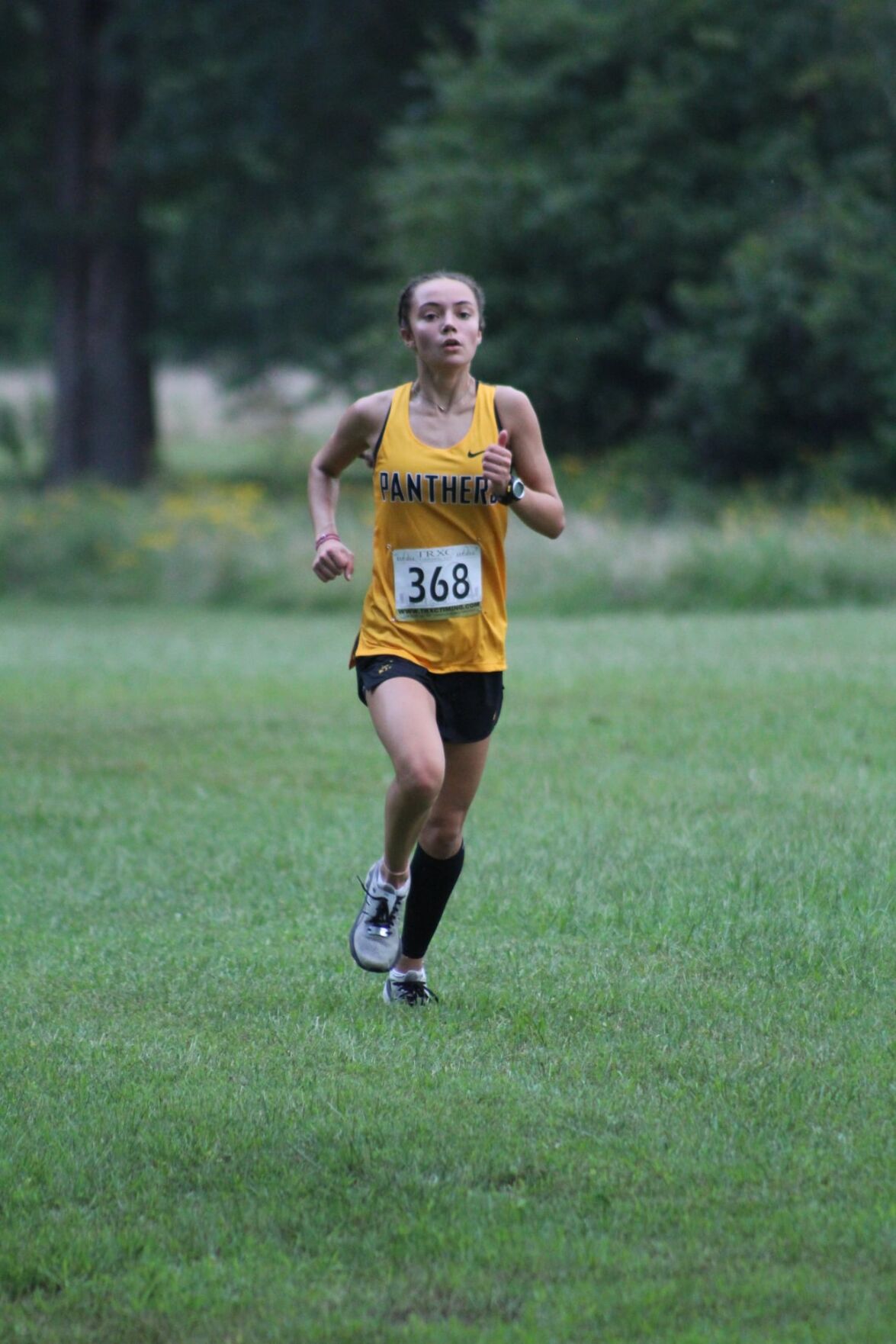 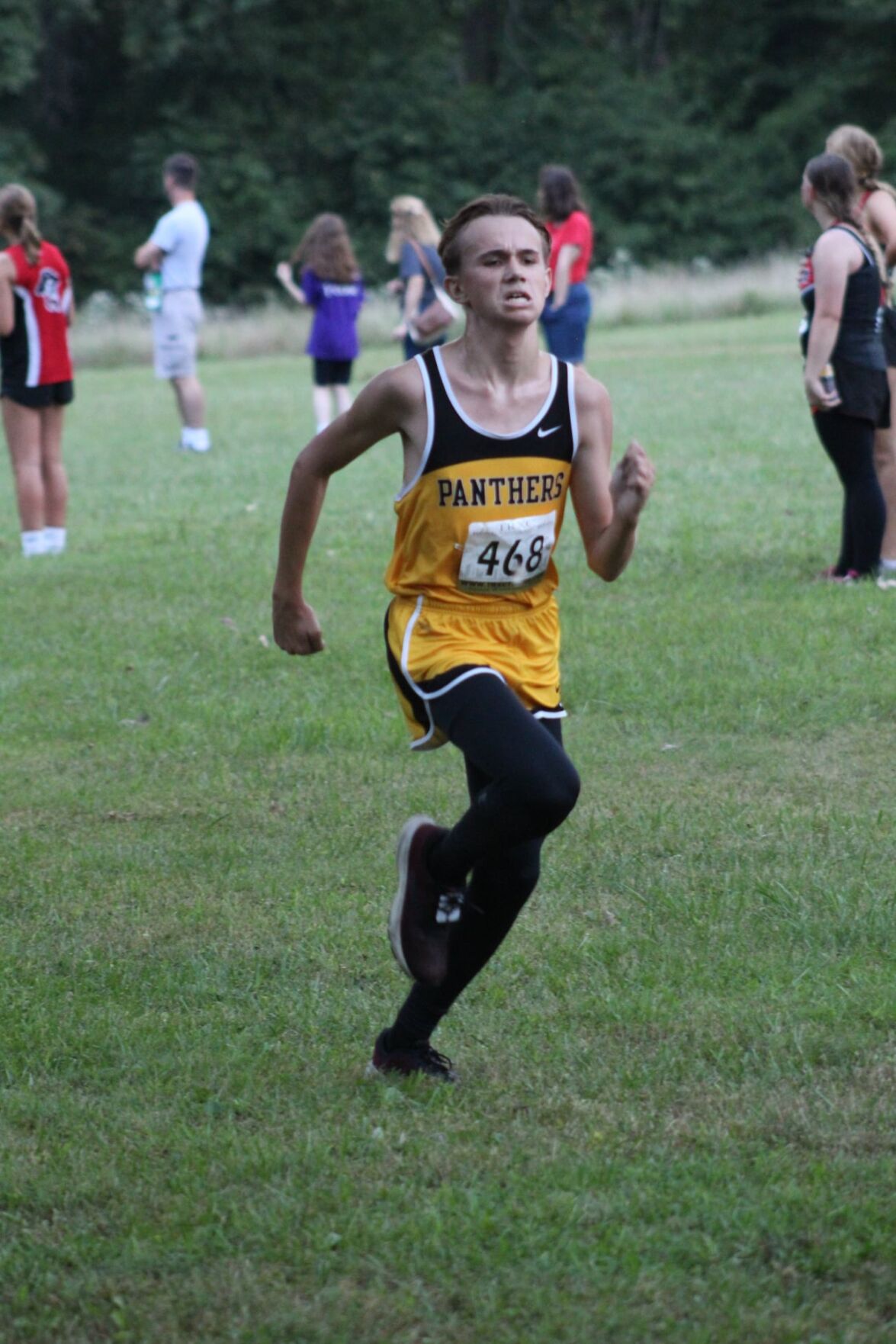 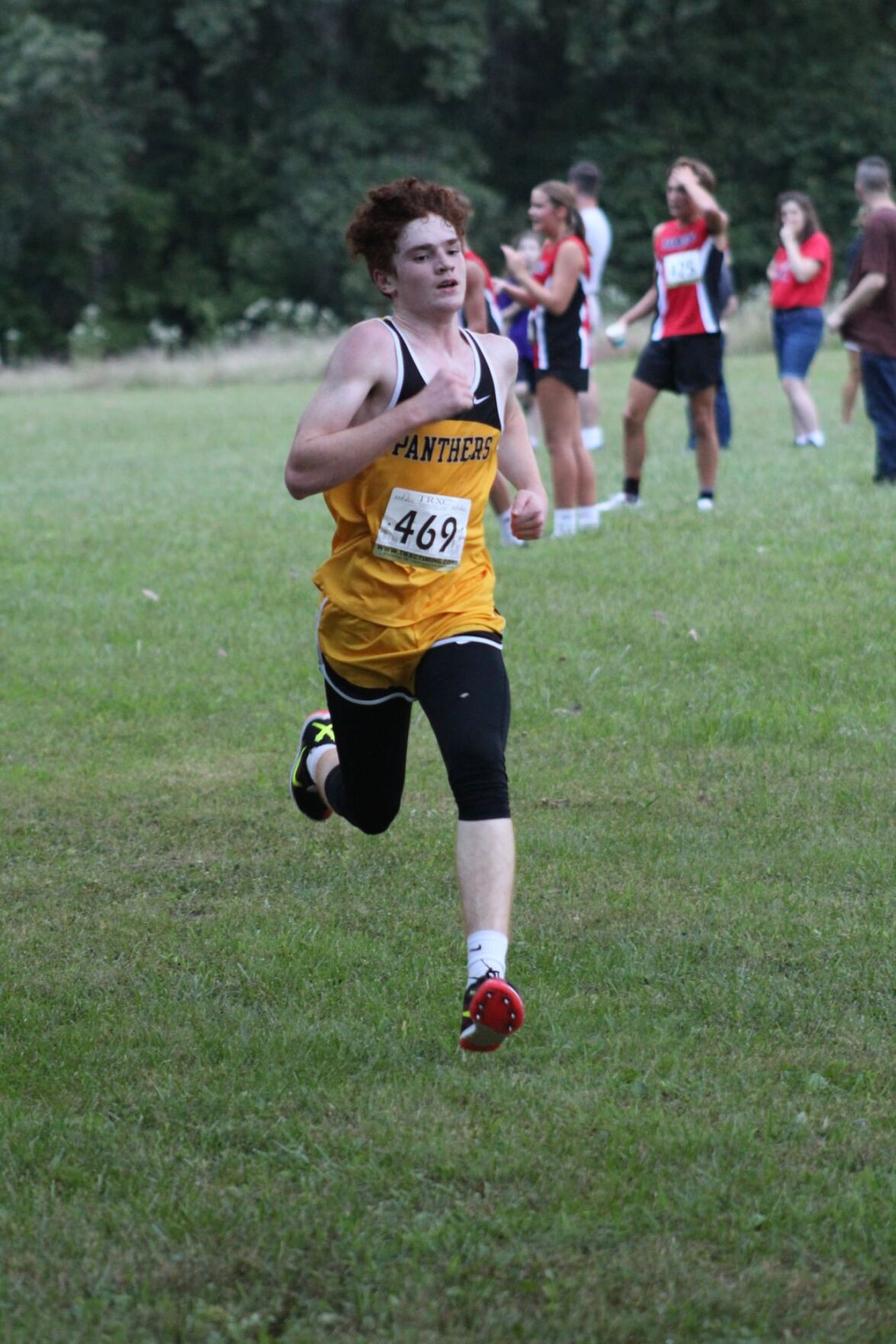 The Monroe City Cross Country team has opened up the season with success. Head Coach Laura Mulvaney stated, “I’m really excited for this season. This is the largest team that we have had in Monroe City for cross country, so I’m excited to see how they work together and push themselves to become one of the most successful teams we’ve had.”

Monroe City traveled to Salisbury to compete in a meet on August 31. Mulvaney explained the course, stating, “It is a shorter race (only a 3k rather than running a full 5k), but it is just as grueling for several of our runners because of the setup of the race. For some of these runners, this is their first true cross-country meet, so it’s nice that it is a shorter distance so they can get a true feel of how a meet is ran and what it truly looks like. We also end up seeing really good competition against some bigger schools there, so it really helps push our athletes so they have a goal of where they should or want to be.” Out of 89 runners, Emmalee Williams finished the race in eighth and Ella Hays with fourteenth. For the Boys team Kabott Harlan finished eleventh out of 104 runners.

As the season has progressed the team has been battling a few injuries and illnesses, “So we haven’t had a full girls team yet this year, but once we do I think we’re going to really push a few teams for team title contention,” said Mulvaney.

The next meet was held in Mexico on September 3. Mulvaney stated, “Mexico has a faster course with not as many hills, so it takes a lot of endurance and speed to get going, and I think we really faced that head-on.” Here Emmalee Williams finished second out of 72 runners, and Ella Hays in sixth, along with Kabott Harlan finishing sixteenth out of 90 runners.

The Palmyra Invitational was held on September 11. Palmyra is ran on a really tough course with a ton of hills. “It takes a lot of guts and stamina to do well there, but our athletes also end up doing well here. We actually ended up with three personal bests on that course, so I’m excited to see how the kids continue to improve this season,” stated Mulvaney. Finishing in the top 20 out of 62 runners were Emmalee Williams in fourth, Ella Hays placing seventh and Audri Youngblood with twelfth. For the boys team, out of 81 runners Kabott Harlan finished in ninth place, followed by Jackson Wheeler placing eighteenth.

Mulvaney commented on building her girls team, stating, “Emmalee is our returning all-state cross-country athlete, so I often look to her to help guide the other girls and help push them. Ella, who is also a returning all-state contender, has been really stepping-up this year and has made an awesome showing at the beginning of this season. Audri is one of our dual-sport athletes, splitting her time between softball and cross country. She doesn’t hasn’t let playing two sports slow her down. She works hard and has really become a force to be reckoned with on the course.”

The boys team continues to improve, as Mulvaney said, “Kabott has several goals in place this year, and he’s on track to really do some big things here in the next few meets. He’s continuing to push himself to improve his times and push into the top 10 every meet. Jackson has really stepped-up this year and taken on a leadership role while also working on making himself a medal contender in every meet. I’m really excited to see what he does this year,” adding, “Gage and Dylan are both dual-sporting with football. Both sports are so physically exhausting, but they haven’t let that bring them down. They’ve really been improving every meet and have gradually worked their way up to possibly become medalists.”