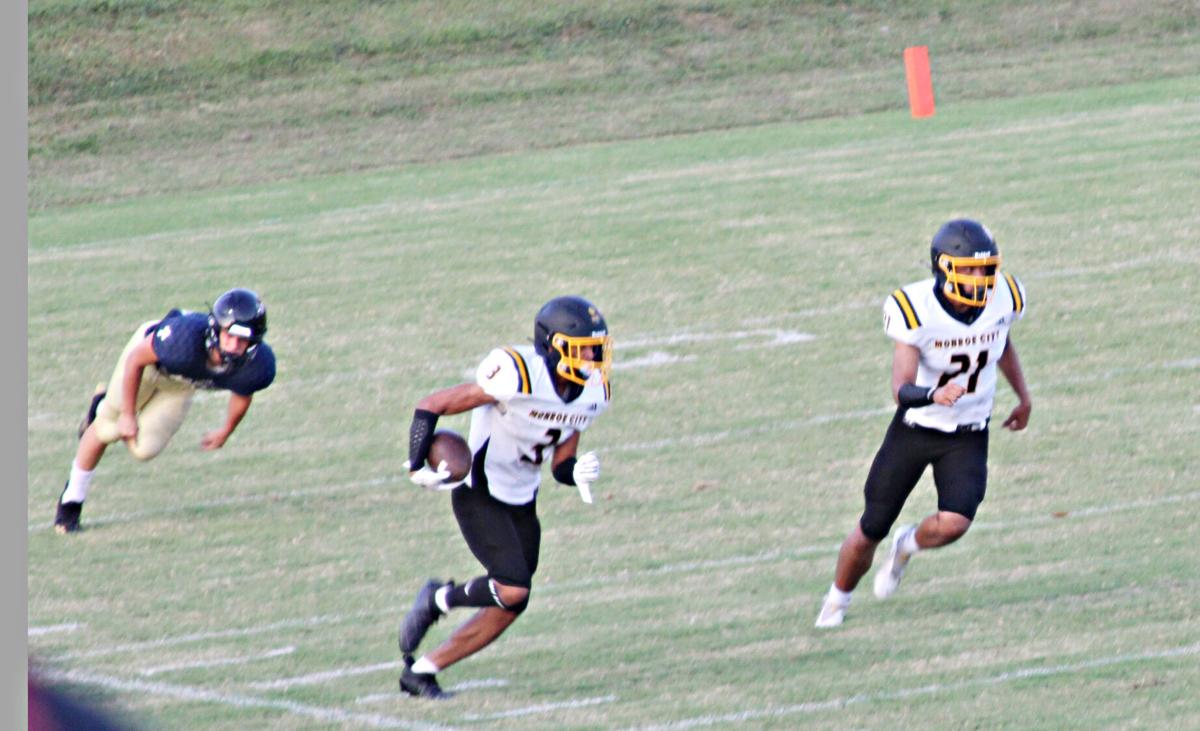 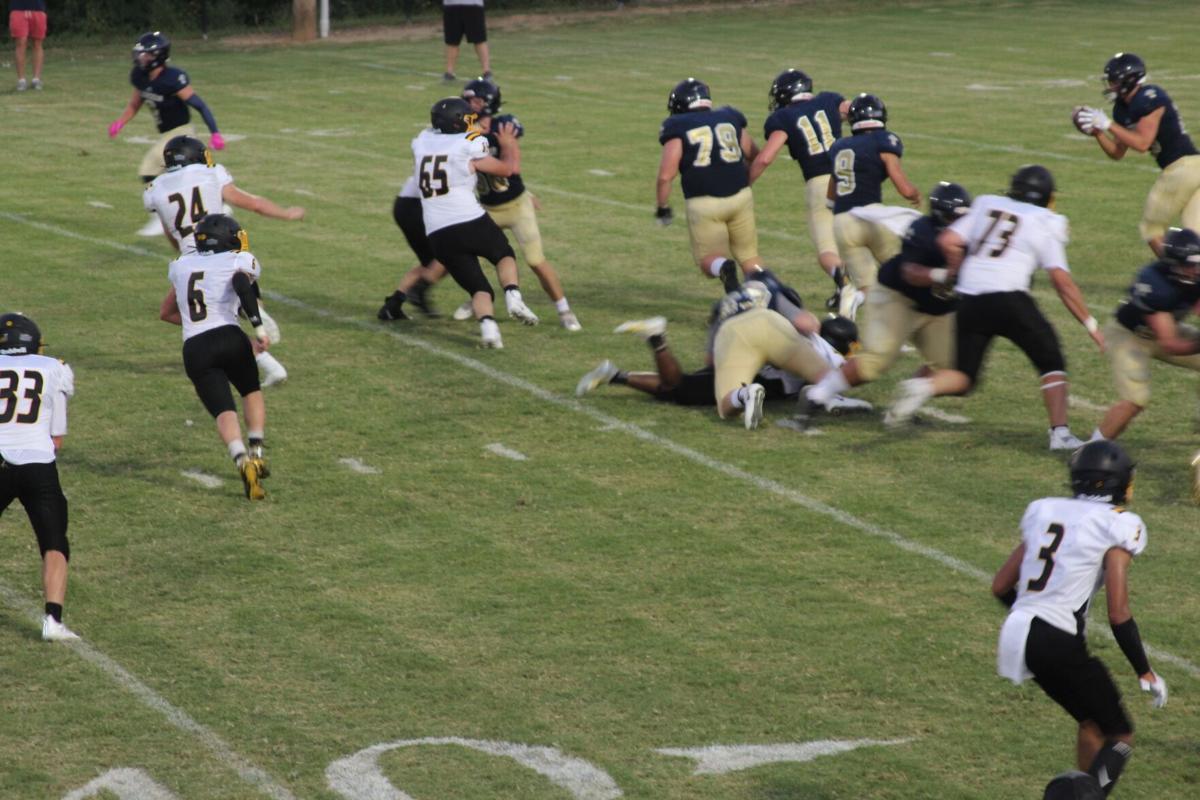 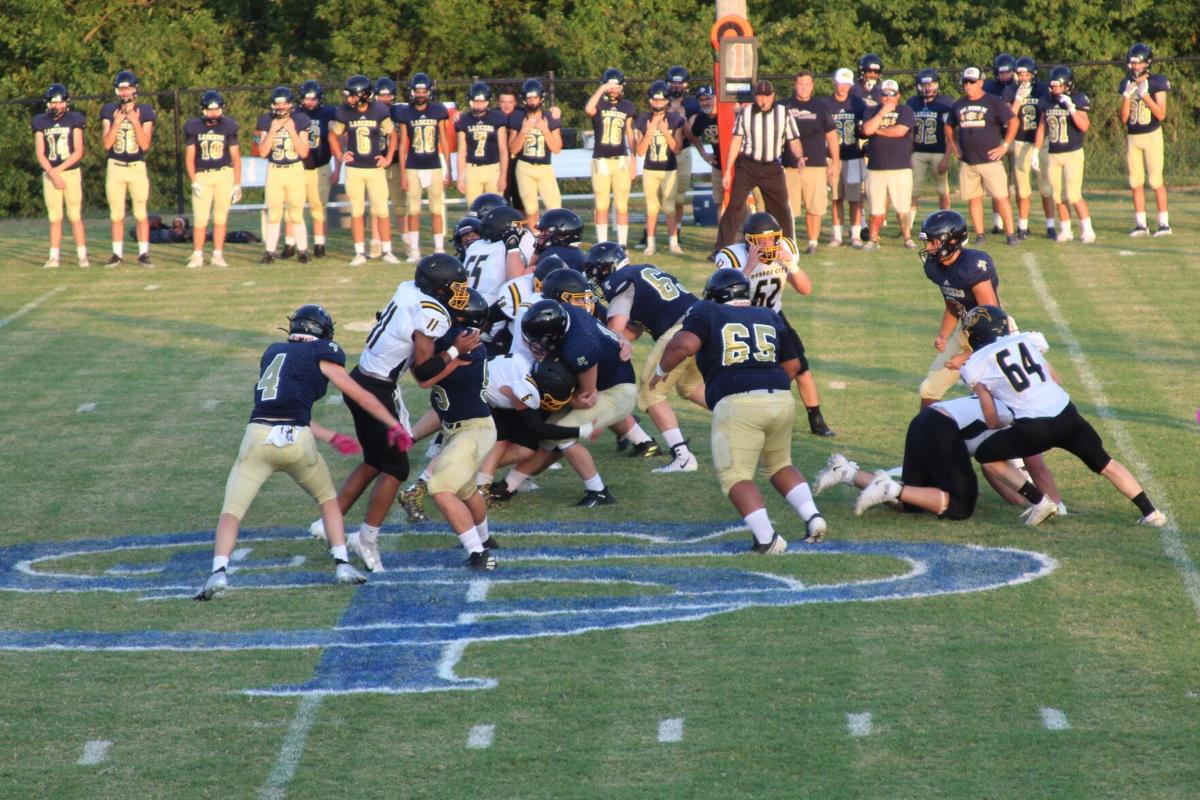 The Monroe City Panthers opened the season holding true to their name of “Title Town”, bringing home a victory win over the St. Pius Lancers, of Festus. The Panthers ended the game with a score of 42-14. Head Coach David Kirby stated, “We had to battle through some adversity.  First half was sluggish, but the kids never gave up and continued to fight for all quarters and finished strong.”

Monroe City fans packed the stands, wearing black and gold, ready to cheer on the Panthers after making the two and one-half hour trip to show support to their hometown.  The first quarter opened with plenty of penalties for both the Panthers and the Lancers, as they looked to be eager for their first game with a handful of false starts. Each team worked their way to the end zone, with Ceaton Pennewell making the first touchdown of the season to tie the game 6-6.

In the second quarter, the Panthers began to show their speed and determination as they ran plays and worked defensively to stop the football from moving down the field. Cade Chapman, Bo Patterson and Deion White had several tackles, showing their skill to move freely throughout the field. At halftime, the Panthers were in the lead with 20-14, after Joshua Talton made two touchdowns and Pennewell was able to fine a hole for the 2-point conversion. Coach Kirby was proud of the strength is team displayed, adding, “They never gave up and fought all game long.”

The next half followed similar pursuit, with the Panthers keeping the Lancers from scoring throughout the rest of the game. This week the Panthers travel to Winfield on Friday, September 3. Coach Kirby explained heading into the season, stating, “We need to be more fundamentally sound in all areas of the game.”