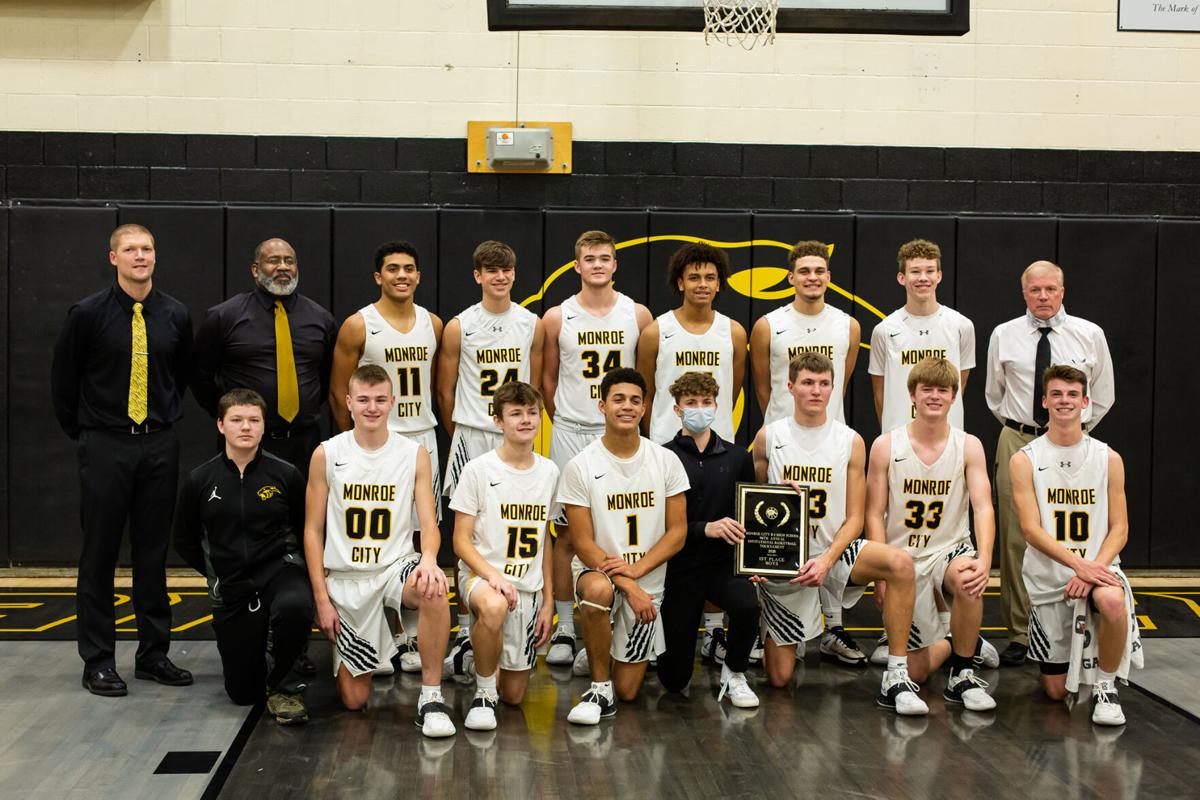 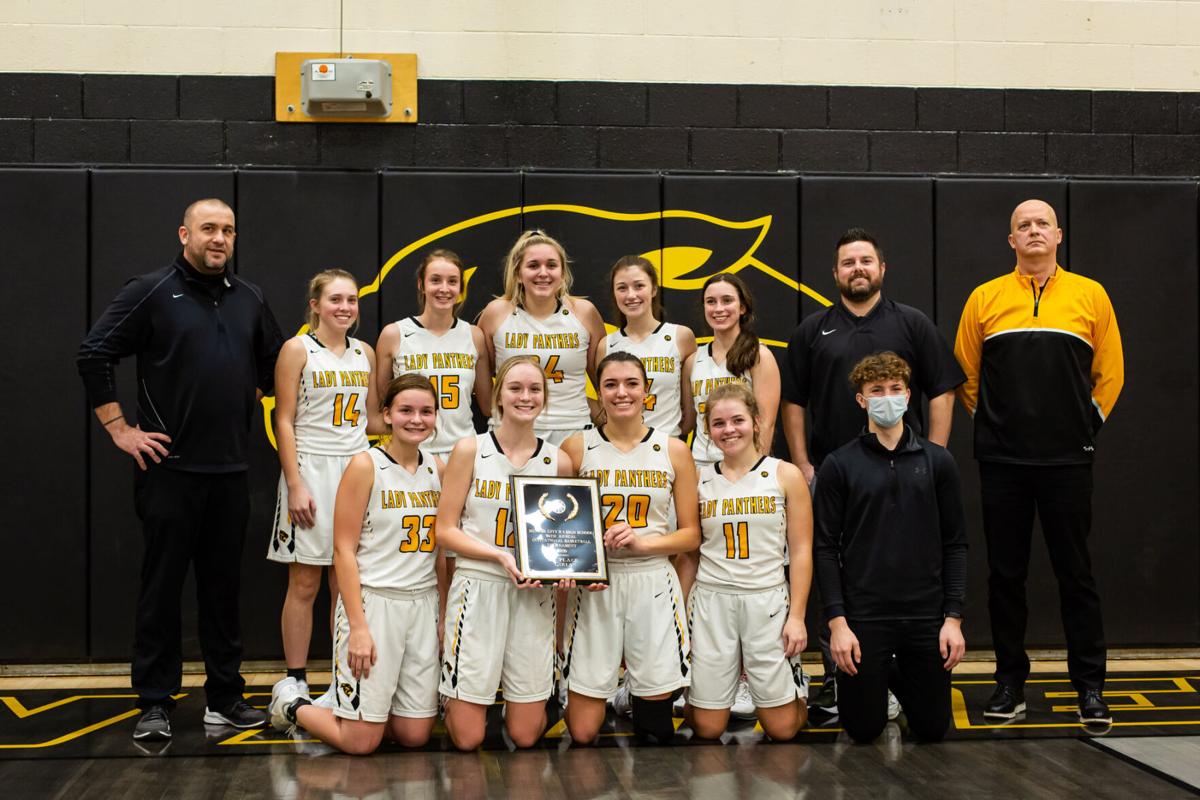 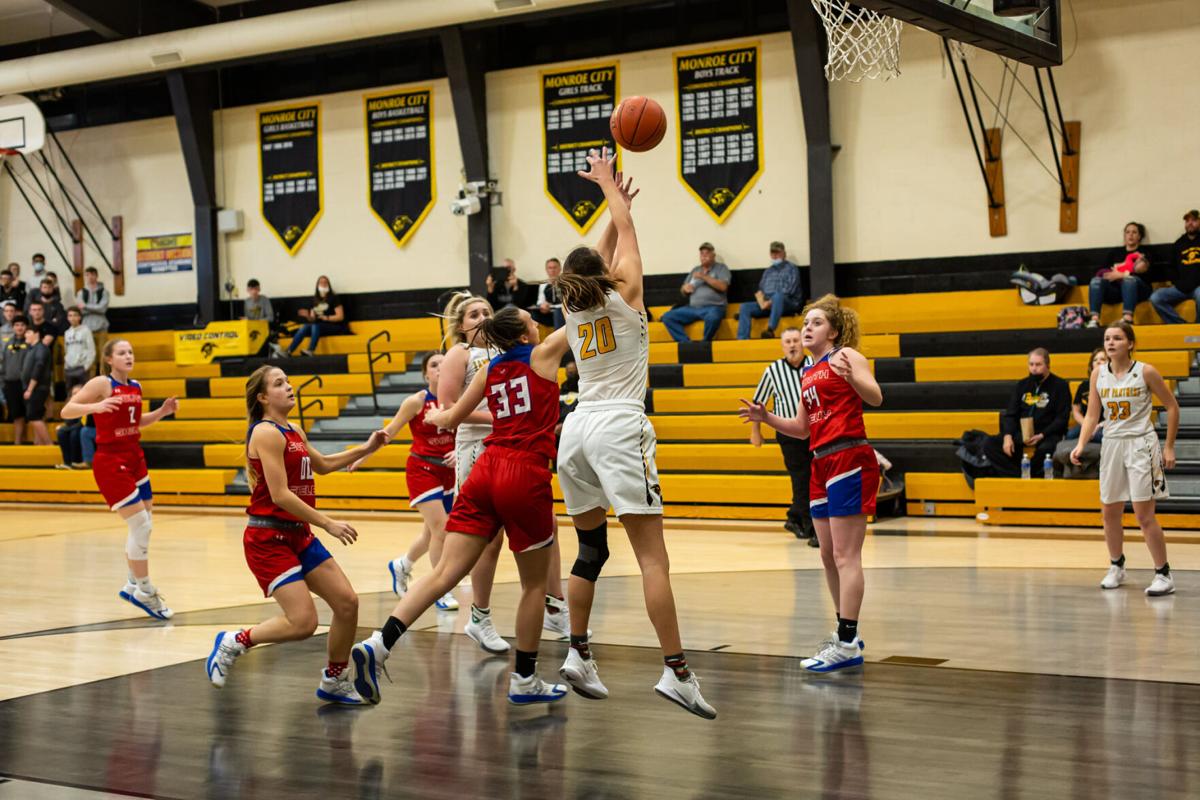 Riley Quinn was the top scorer during the Championship game, scoring 22 points against South Shelby on December 12. 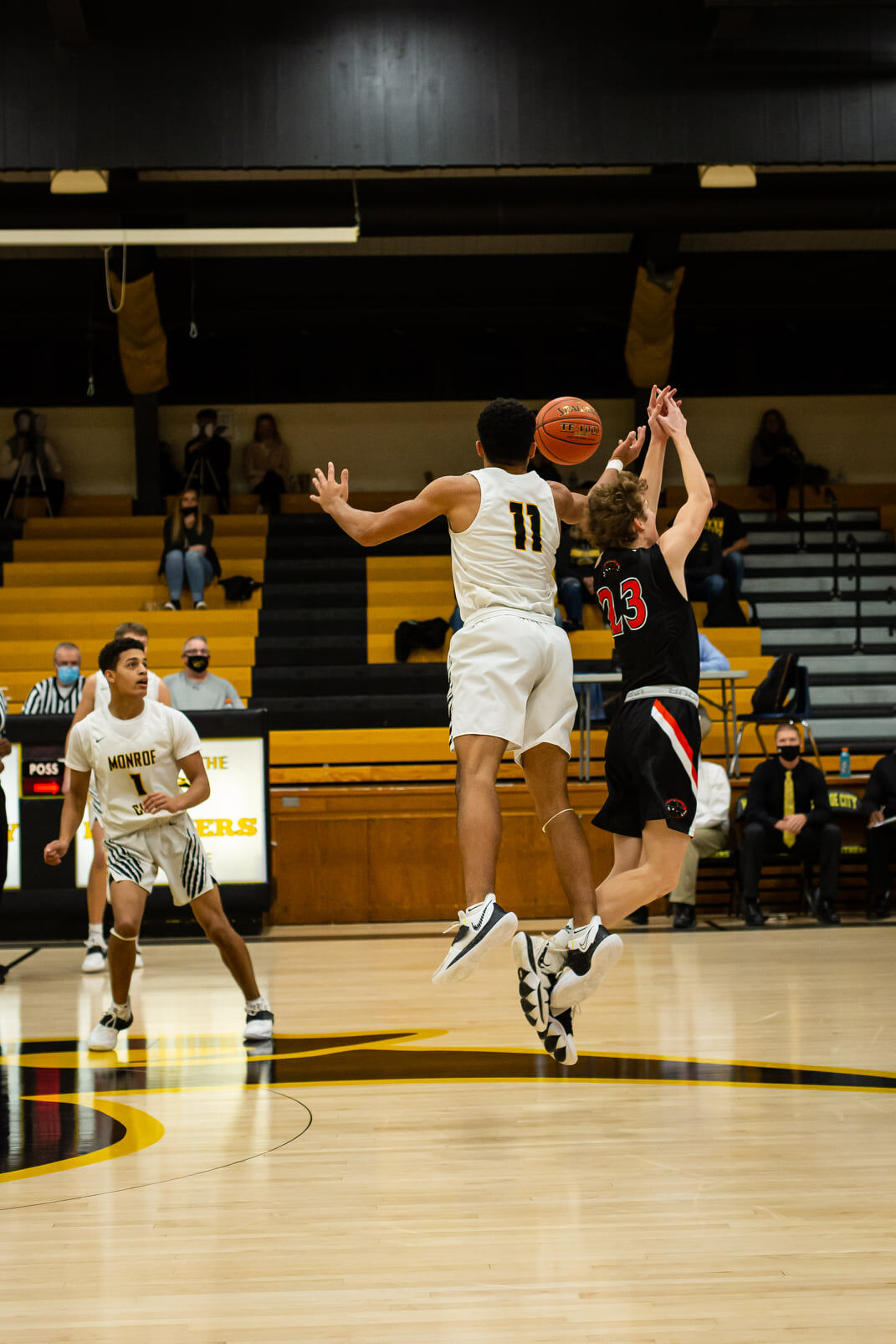 Joshua Talton blocks a pass against Palmyra during the Championship game.

The 96th Annual Monroe City Basketball Tournament was held December 7-12, hosting several teams from the surrounding area. Both the Panthers and Lady Panthers were able to take Championship Titles, living up to the title town name on Saturday, December 12.

The Lady Panthers hosted the South Shelby Cardinals keeping the lead throughout the entire game, ending the game with a score of 59-50.

The Lady Panthers continue to work as a team with different teammates leading the scoreboard in games. Head Coach Cody Leonard stated, “I thought every game someone stepped up and took over the game for us.  We have had 4 different leading scorers this year in six games.  Love to see that as a coach so that we are hard to predict.”

Riley Quinn found the back board with ease in this game, leading her team with 22 points. Bailee Hays scored 15 points, followed by Hailey Hagan and Clara Minor with 7 points each, Hallie Dyer with 5 points and Mackenzie Moss scoring 3 points.

Coach Leonard shared, “Had a great week of Tournament action.  Glad we were able to get this year’s Tournament in with everything we had to adjust. It is great winning the tournament.  It’s always a stepping stone to see where we will be at going into Christmas Break.”

After the Lady Panthers relished in their victory, the Panthers opened the Championship game against Palmyra. The rival game would usually fill the gymnasium with standing room only, but was attended by only ticket holders, who were following COVID-19 guidelines. Fans at home were able to tune in via radio or live stream.

Monroe City welcomed Palmyra to the court with precision and talent, taking the lead early in the game, finishing with a 58-36 victory.

Head Coach Brock Edris stated, “We’ve had many great games verses Palmyra in our tournament over the years. Going into this game both teams were undefeated and Palmyra’s length with 6’5 #42 Abe Haerr and sharp shooting ability with #10 Zane Meyers, along with #13 Aaron Stamper proposed a familiar problem that we needed to be locked in on defensively. Our team answered the call by holding a Palmyra team that was averaging over 70 points a game to just 36 points in the contest,” adding his team’s ability, Coach Edris went on to share, “Jaedyn Robertson, Deion White, and Bo Patterson combined with a team effort of holding #42 Haerr to only 7 points after he was averaging 18 points per game. Our defense was stifling from the start and managed to outscore Palmyra 29-11 in the second and third quarters.”

While not all the key players made the scoreboard, Coach Edris recognized their importance, stating, “Kyle Hays may not have made it in the scoring column, but he did an amazing job of facilitating the ball with 5 assists and managed to pull down 5 offensive rebounds. Jaedyn Robertson also stretched the floor with his shooting making Palmyra’s big have to defend on the perimeter.”

Leading the Panthers on the scoreboard was Joshua Talton with 20 points. Jaedyn Robertson added 14 points, followed by Logan Buhlig with 11 points. Coach Edris stated, “Overall, it feels great for our players to win the Monroe City Tournament for the third year in a row and 5 of the last 6 years,” but shared the Panthers still had work to do, stating, “However, we have room for growth as a team. We turned the ball over 17 times which is something we really need to clean up to be an efficient basketball team.”