Sign Up
Log In
Purchase a Subscription
You are the owner of this article.
Edit Article Add New Article
Home
News
Sports
Living
Announcements
A & E
Features
Obituaries
Multimedia
Classifieds
Missouri Marketplace
The Job Network
1 of 5 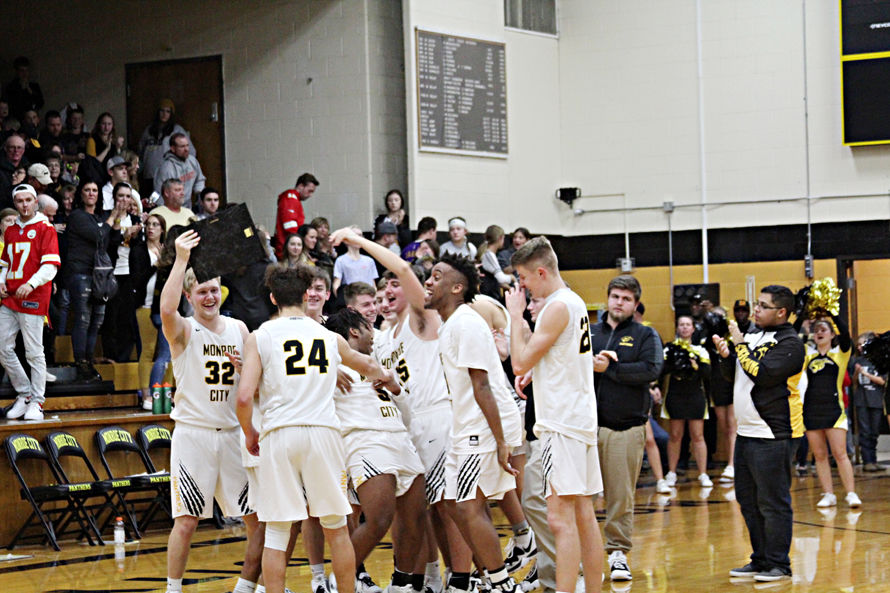 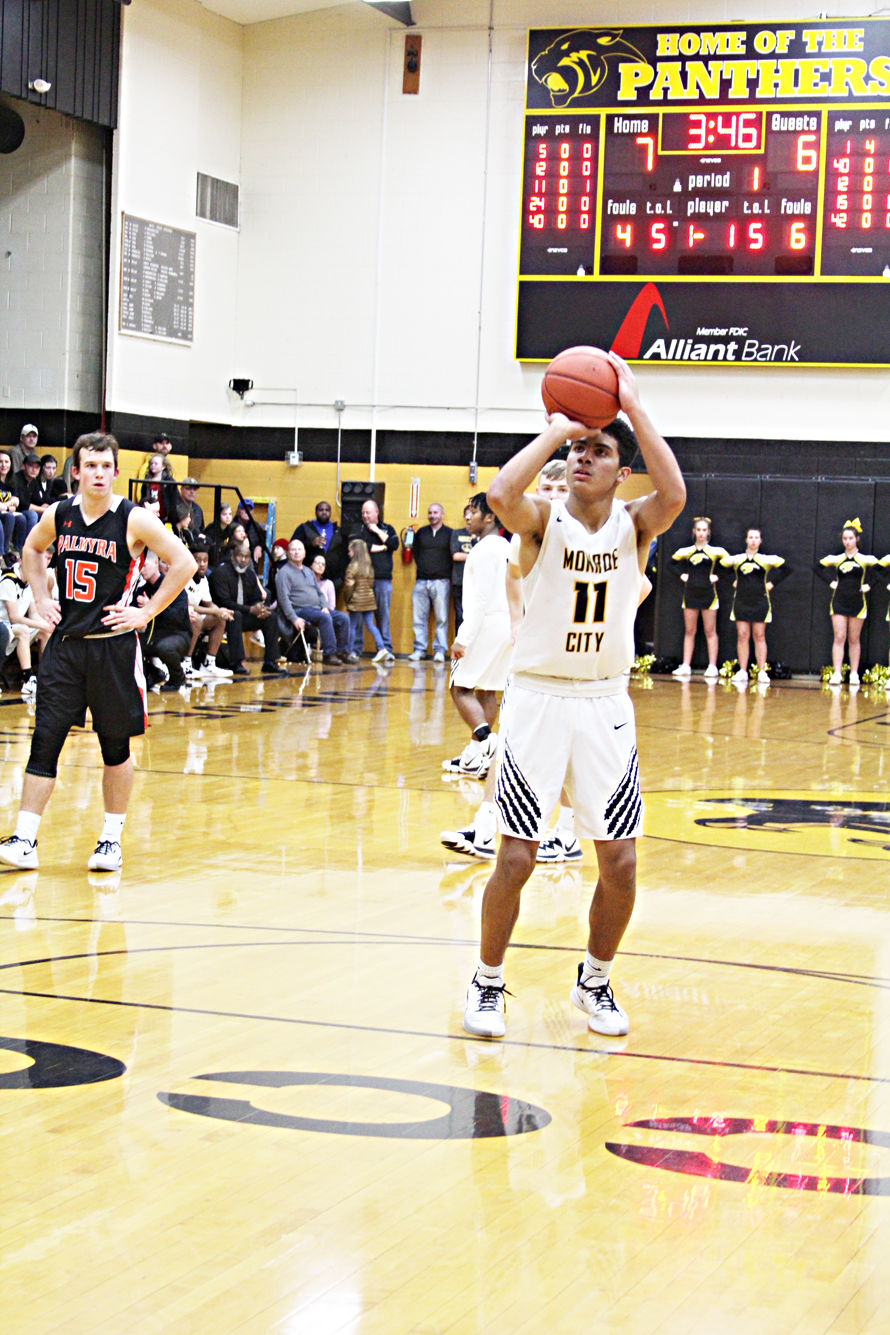 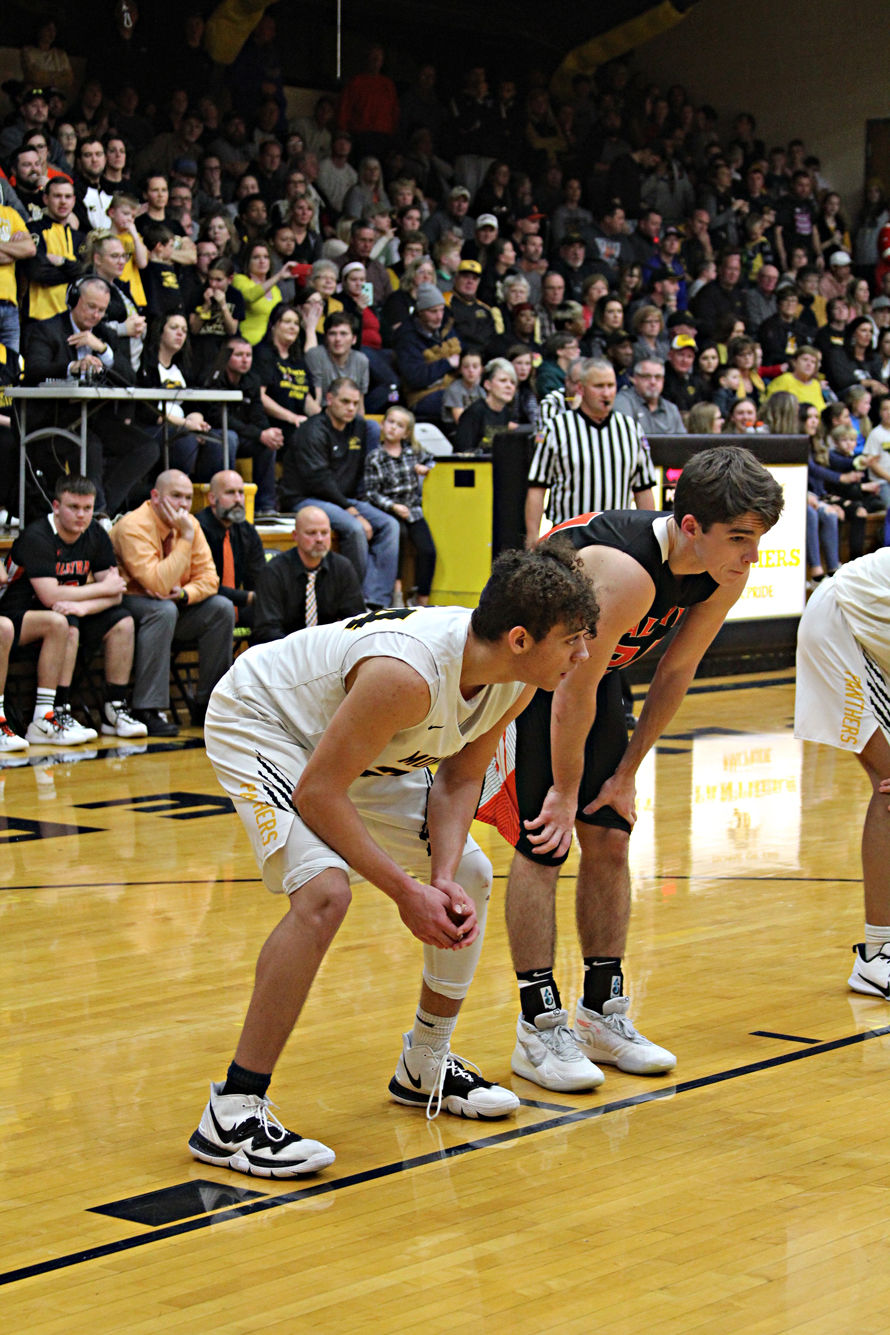 Bryce Stark gets in position to rebound the basketball during the Championship Game on Dec. 14 against Palmyra. 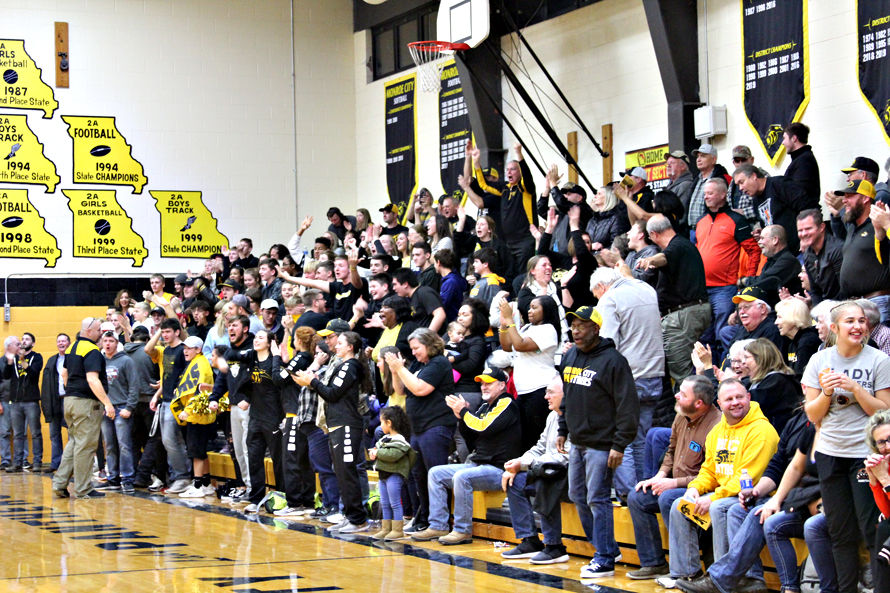 The crowd shouts in excitement after Bryce Stark makes a three point shot to tie the game, sending the Panthers in overtime and giving them the momentum to win the Championship Title at the Monroe City Tournament. 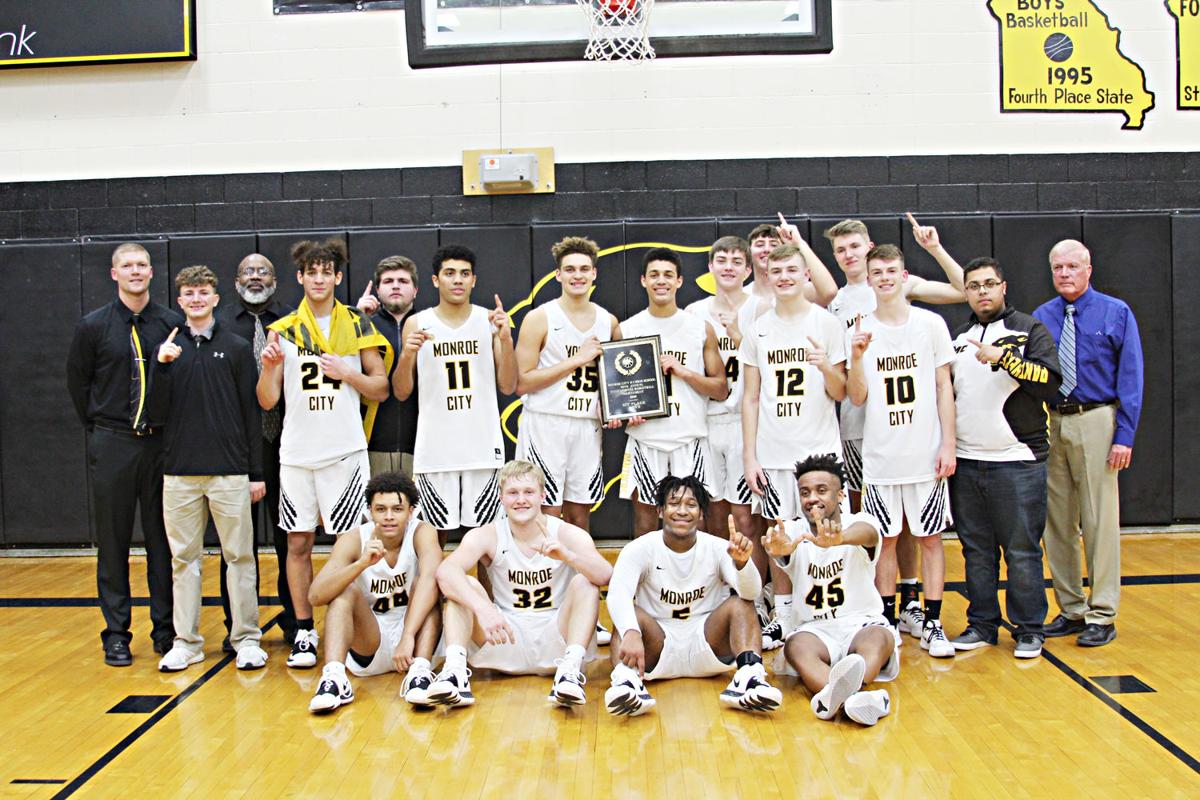 The Monroe City High School gymnasium was filled with an atmosphere of true competition on Saturday evening, December 14. The Monroe City Panthers hosted Palmyra in a Championship Title game during the annual Monroe City Tournament. The Panthers were down by three points with the ball in their possession against a pressing Palmyra team and gym full of loud cheering fans. Head Coach Brock Edris explained his team’s effort, stating, “I had called a timeout to set up a play, and afterwards Coach Wood called a timeout to see what we were running so I changed our formation slightly to get the ball to Bryce Stark. Logan Buhlig made a great pass to Bryce Stark on the run towards the left side of the court.

He managed to cross over and get himself towards the middle of the court. We needed a 3-point shot and our other shooters were covered so Bryce pulled up for a jumper at the top of the key over two Palmyra defenders and swished the shot as time expired to send the game to overtime.”

As the game began the Monroe City and Palmyra both showed their competitive nature, with full court presses. A true competition for both teams. Coach Edris stated, “I knew we would need to play much better than we did verses Paris. We started the game with great intensity and our defensive pressure forced many turnovers in the first quarter which found us leading 16-7 at one time.”  Unfortunately, Joshua Talton picked up his second and third foul during the second quarter, which had him sitting the majority of the second quarter, while Palmyra made a run to get back in the game. Edris added, “Palmyra was able to convert two baskets in the remaining seconds of the first half to cut into our lead 31-30.”

The second half proved to be back and forth the entire time. Coach Edris explained, “Palmyra made some big plays down the stretch to go ahead by one point with less than 25 seconds to play. Instead of calling a timeout I knew what I wanted our team to run offensively and didn’t want to give Palmyra a chance to talk about what they were going to do defensively.” The crowd and team anticipation grew, as Josiah Talton brought the basketball down the court and got the Panthers into their set play. Coach Edris said, “The team managed to get a ball screen for Joshua, who drove and kicked the ball out to Josiah for an open 3-point shot to go ahead with under 10 seconds to play.” However, the ball bounced out and the Panthers had to foul with 4.9 seconds to play and down one point. Palmyra’s Aaron Stamper went to the line to shoot free throws and made both to put Palmyra up 3 points. Monroe City called a timeout, followed by Palmyra calling a timeout and with 4.9 seconds left, Bryce Stark found him in the position to make the game scoring basket. Stark made a three-point shot while being guarded by two Palmyra Panther’s and sent the game into overtime. Coach Edris shared the experience, stating, “The Monroe City gym was about as loud as I have ever heard it and the momentum was officially in Monroe City’s favor.”

In overtime play, Logan Buhlig hit a big 3-point shot to begin the overtime period and Monroe City was able to extend its lead and hold on to win the championship for the fourth time in five years. The Monroe City Panthers were able to win the Championship with a 5 point lead, with a score of 73-67.

Coach Edris added, “We didn’t play our best game and still have many things that we need to clean up to become a better basketball team, but I was proud of the way our team faced adversity in the game, believed they could win no matter the circumstances and executed down the stretch.”