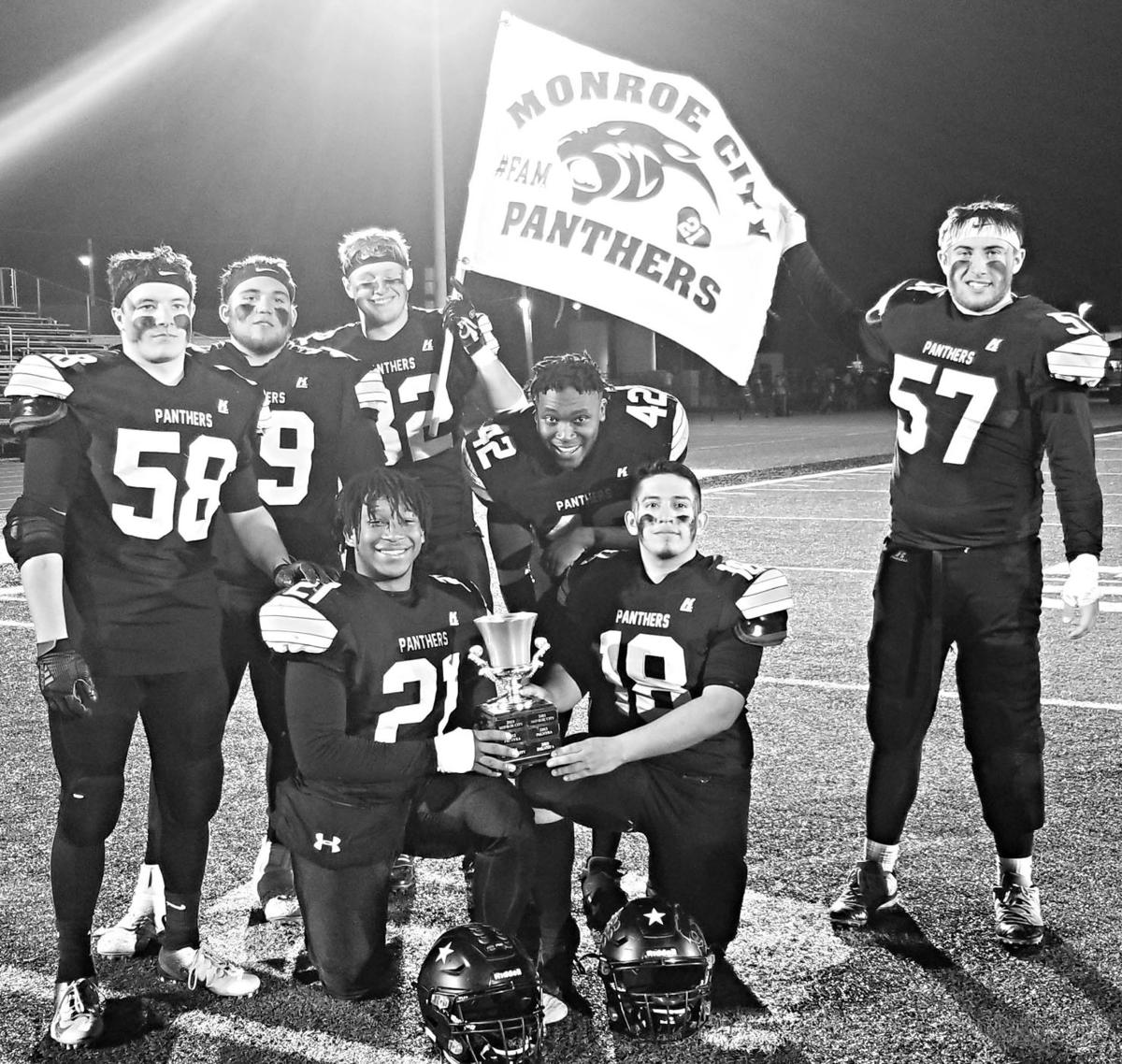 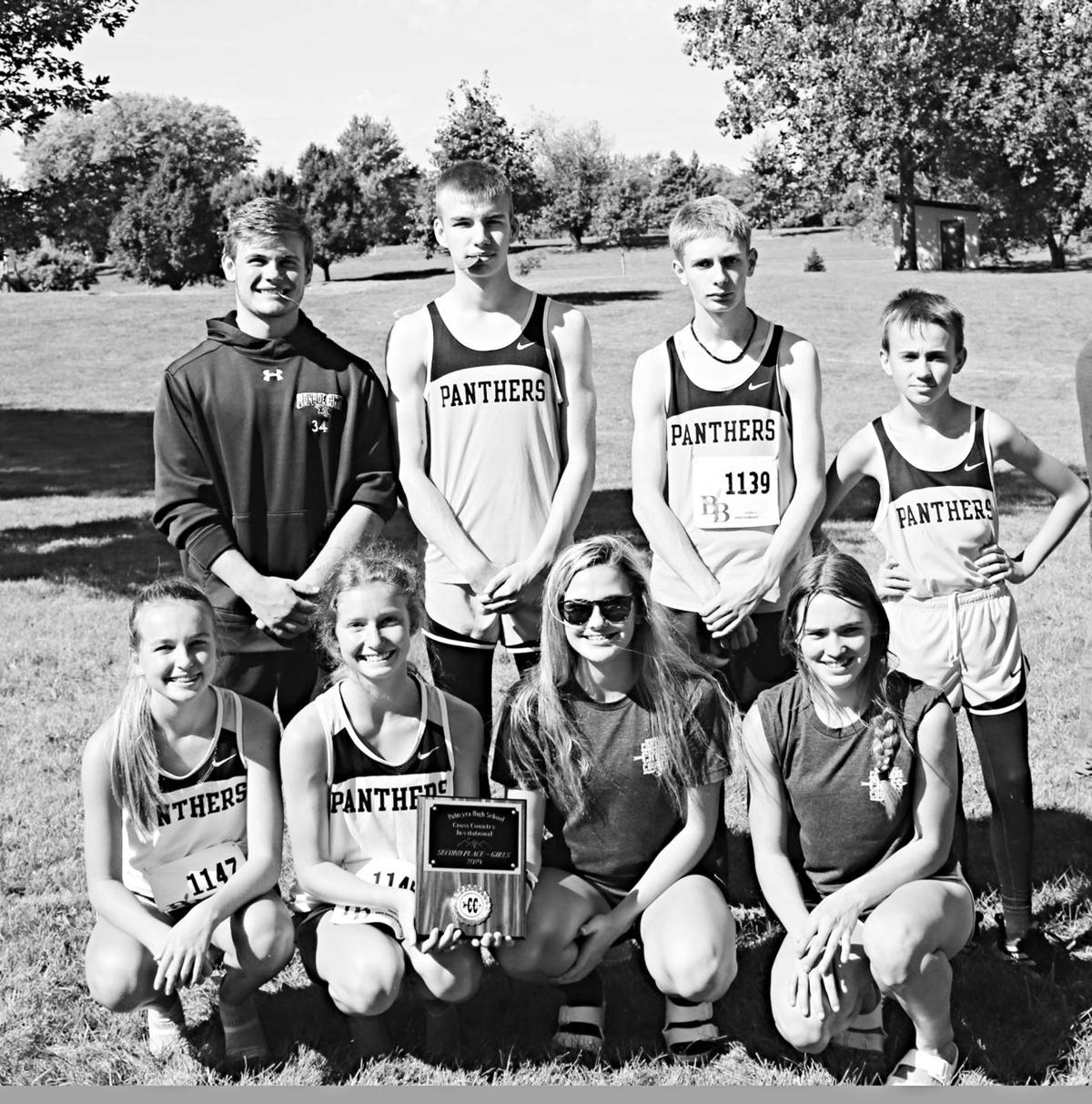 The 2019 Class 2 District 5 Lady Panthers pose proudly in front of their victory title being displayed in the fence of the Lions Club softball field. 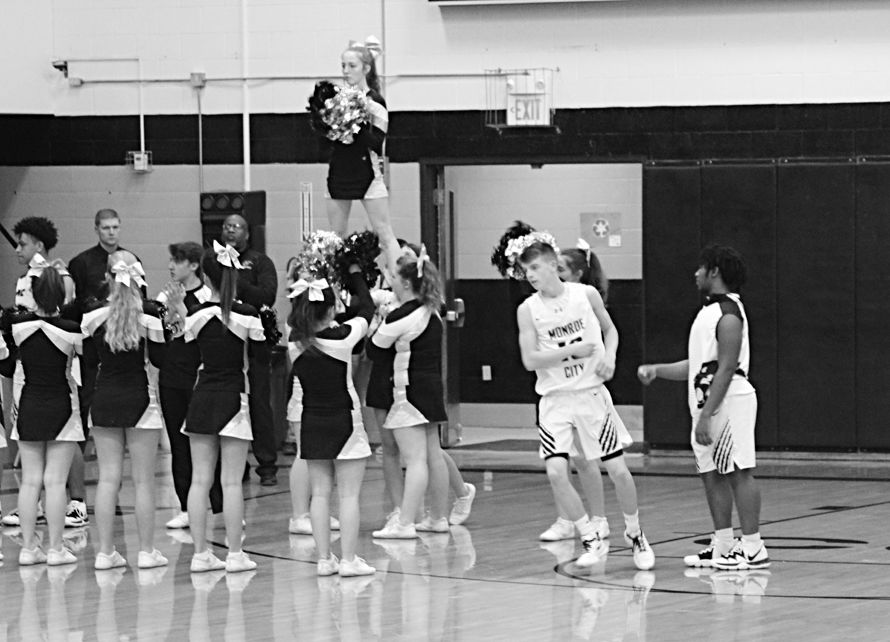 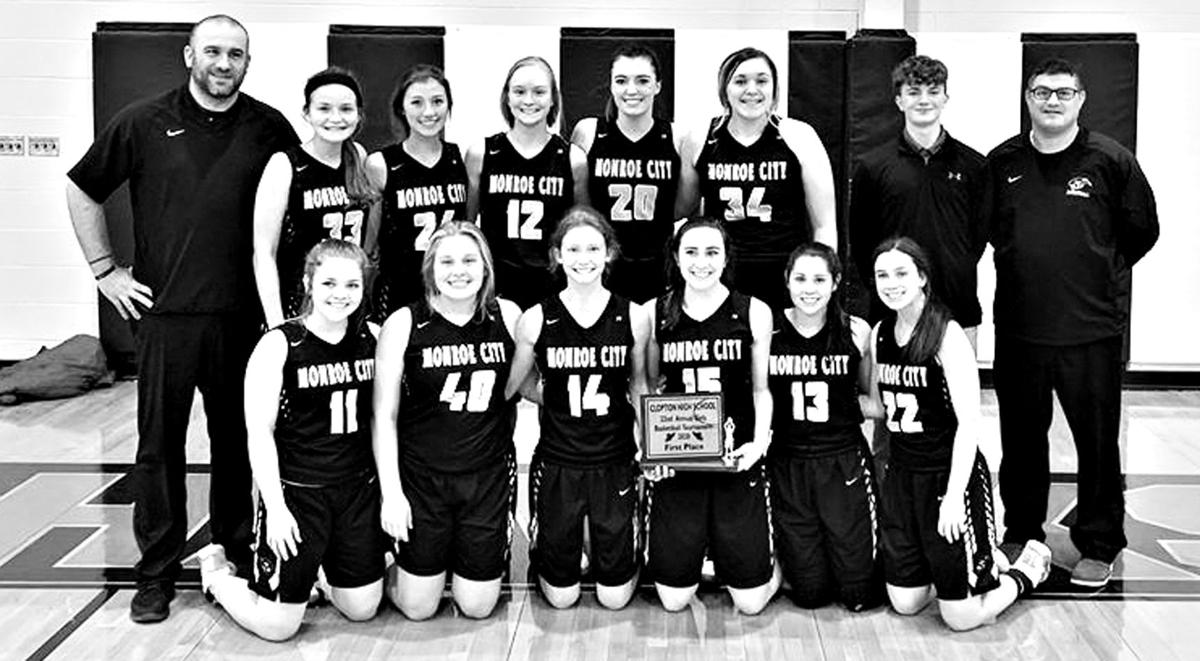 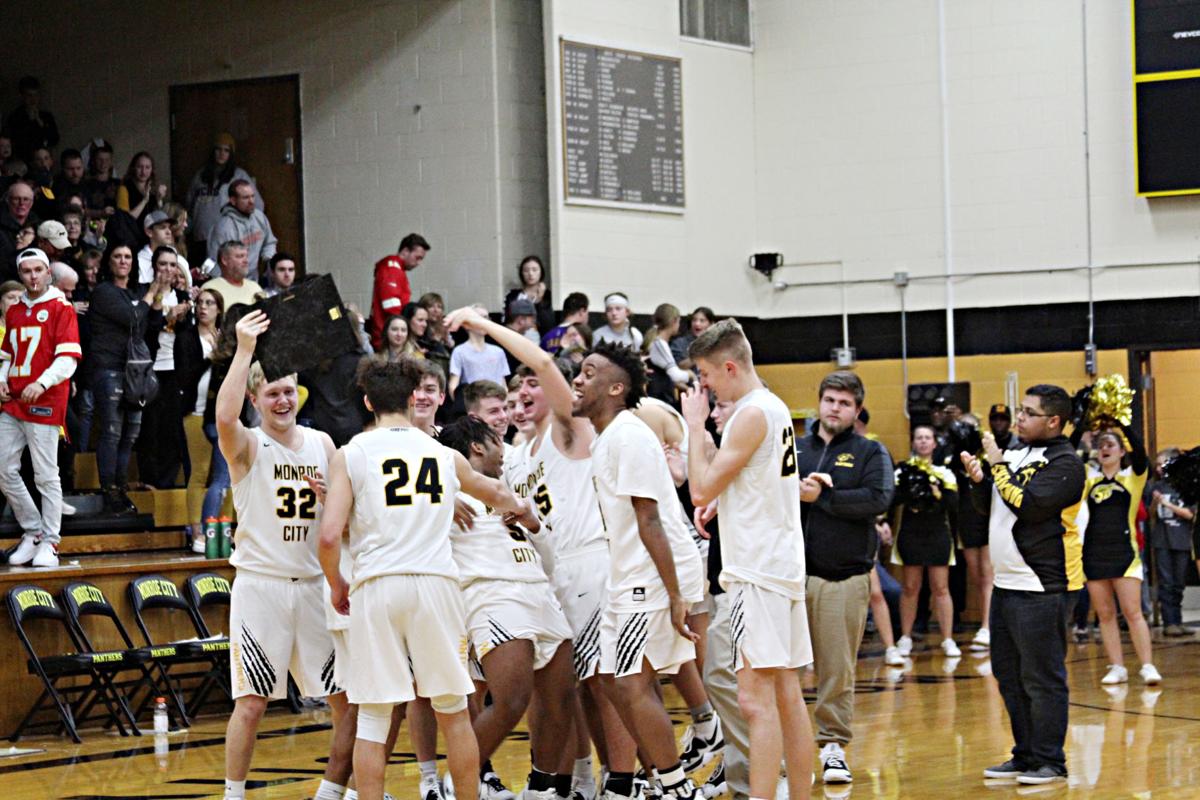 Panthers win the Monroe City Tournament in overtime against Palmyra.

The Monroe City High School started the 2019-20 school year with a vision to make Panther memories and bring home title trophies. The senior football players stood in front of the elementary welcoming students back on their last first day. Panther fans filled the stands and cheered on their hometown athletes when the sun shined and while the rain poured.

The 2019-20 athletic school year would prove to endure many hardships throughout the year. In the beginning of the year, students, teammates and coaches had to adjust to losing one of their own. As the news was received of the passing of Coach Jamar White, the town and students out poured their broken hearts, showing how much love he had impacted on so many. Two towns, set their rivalry aside, coming together, proving just how powerful being a part of a team and giving of oneself to others, can change lives. Coach White forever made an impression on those around him.

The 2019-20 Football season ended at the District Semi-Final game against Palmyra. The loss was bittersweet for Monroe City, losing the game 44-22. Head Coach David Kirby shared, “I’m very proud of the hardwork each member of the team put into making the 2019 season a success,” adding,  “I’m definitely going to miss each senior member, but I know each one will take the lessons they learned from the game and apply them to their lives and make themselves into great husbands, fathers, and citizens.  Antwuan, Jon, Dalton, Keenan, Danny, Max, and Quintin I’m so proud of each of you. Best of luck as you move into the next chapter of your life.  Even though  your time at MCR-1 is ending, never forget Once A Panther Always A Panther.”

The Cross-Country team debuted its first season in a fast-paced direction. The first-year team consisted of 11 athletes running a 5,000-meter race. The girls team finished third in Districts with two runners, Bailey Hays and Emmalee Williams, qualifying for the Class 2 State Meet advancement.

As fall sports came to a close, basketball picked up the pace. The boys’ basketball team overcame their season undefeated on their journey to the Final Four. This year, the 2019-20 Basketball boys’ team entertained hometown fans with their skills and talents as Head Coach Brock Edris led them to first place finishes. The Panthers added a handful of first place titles to their record this year including the Monroe City Tournament, Clopton Tournament, Palmyra Tournament, Clarence Cannon Conference Championship, Class 3 District 13 Championship, Sectional Championship and an appearance in the Class 3 Final Four to bring home a Third in State finish.

Coach Edris shared, “I’m proud of the way our seniors matured over the last four years and how our team continued to be great role models for the youth of Monroe City. We will cherish this season and miss our seven seniors,” adding, “I feel blessed to coach the Monroe City Panthers basketball program. This season has left a legacy that will be remembered for a long time.” Named All-Team District for the Lady Panthers was Bryce Stark, Joshua Talton and Josiah Talton.

The Lady Panthers worked hard through the season, finishing with a 15-11 season record. Head Coach Cody Leonard stated, “We had a different group of girls learn to lead this year. We had some struggles and had some great games we put together.  While we will miss our outgoing seniors, we do return a large number of girls that got a bunch of varsity time this year.  We look forward to seeing what this group can do as they continue to grow.” The Lady Panthers obtained second place tournament titles and continued to play a determined game the entire season. Named All-Team District for the Lady Panthers Riley Quinn.

The end of the year, brought the cancellation of Track & Field, Baseball and Golf as the school year came to a sudden end due to the COVID-19 Pandemic.