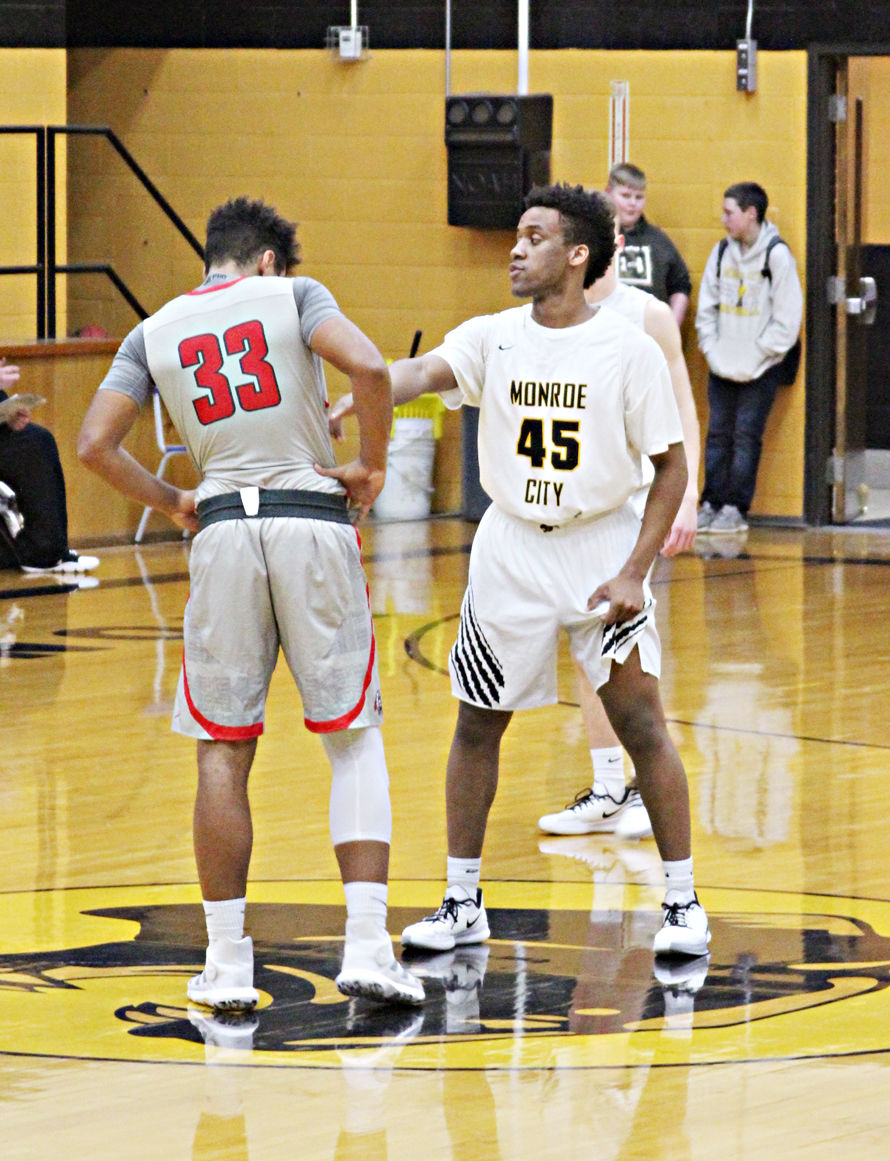 Trevantae Murphy prepares to start the game on January 16 against Clark County. 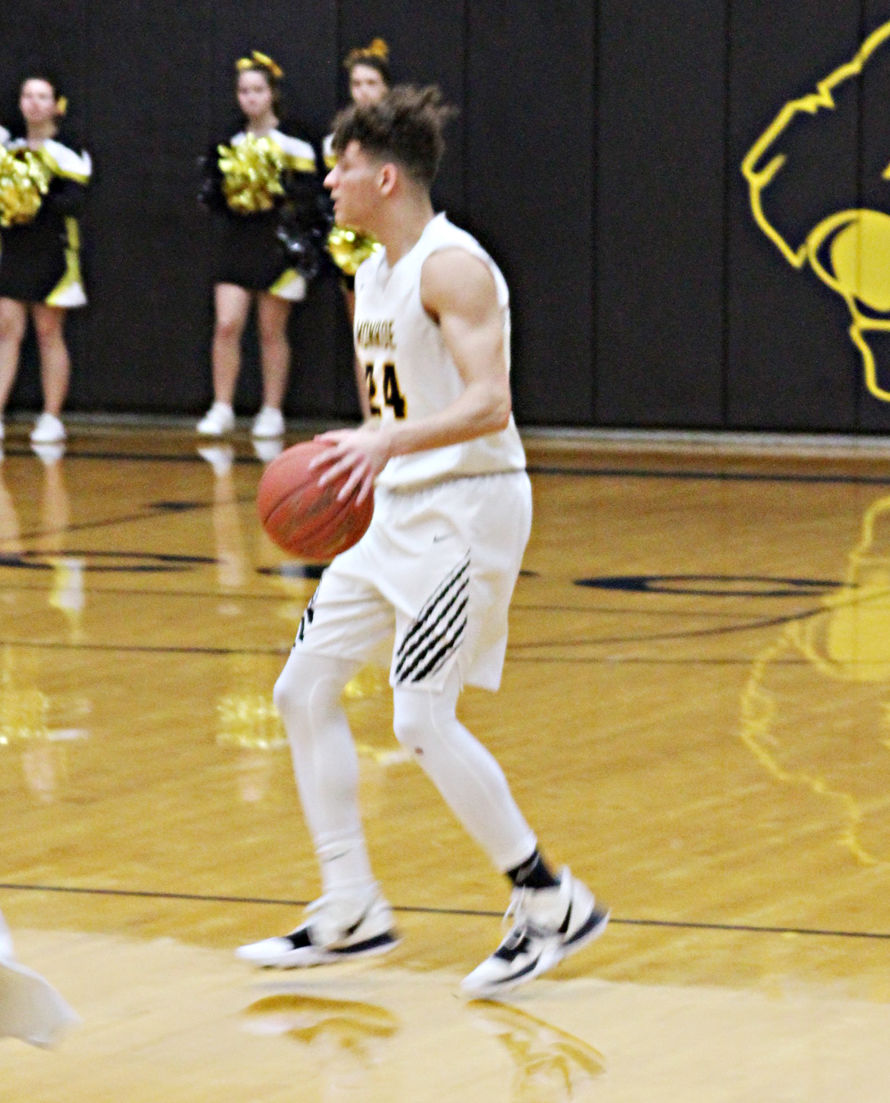 The Monroe City Panthers hosted the Clark County Indians in a conference game on January 16. The original game was scheduled for January 17, but was moved up a day due to inclement weather forecasts. Despite the cold, the gymnasium was filled with fans cheering on their favorite hometown teams. The Panthers took the lead early in the game winning 61-33.

Head Coach Brock Edris stated, "I was pleased with the way our team came out in the second half and executed on some adjustments that we made at half time to attack Clark County's zone defense. It was the first time that we had seen an extended amount of zone in a game since one of the early games of the year. Clark County is one of the better teams in our conference and for our guys to make a statement like we did was impressive."

Leading their team in points was Josiah Talton and Logan Buhlig, each scoring 10 points, followed by Ethan Lehenbauer and Bryce Stark both making 9 points, Kyle Hays had 7 points, Joshua Talton had 6 points, Dalton McAfee and Trevantae Murphy both scored 4 points and Ean Ritter had 2 points in the game.

The Monroe City Panthers will be traveling to Palmyra to play in the 77th Annual Tony Lenzini Basketball Tournament through the week of January 20-25.