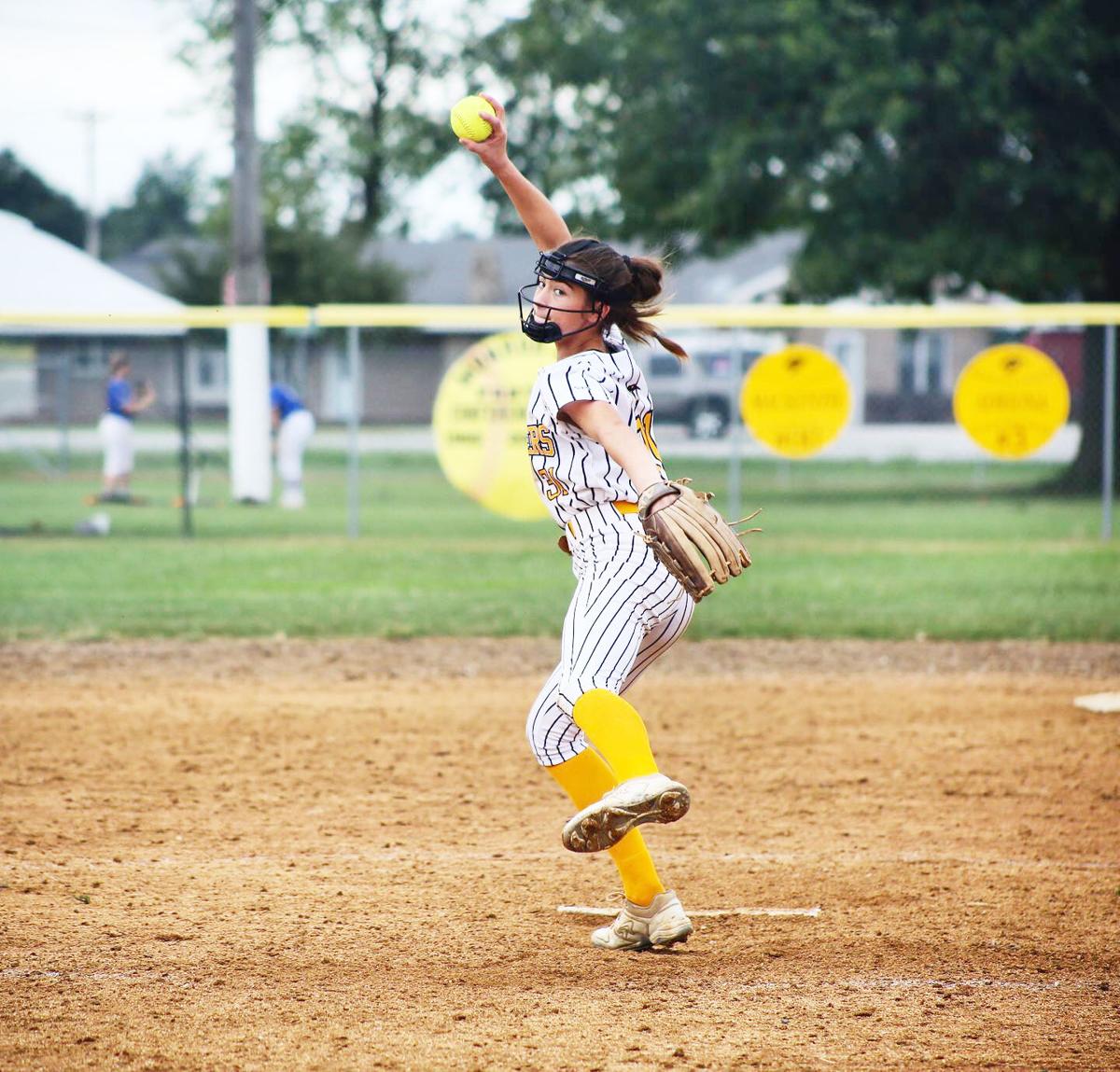 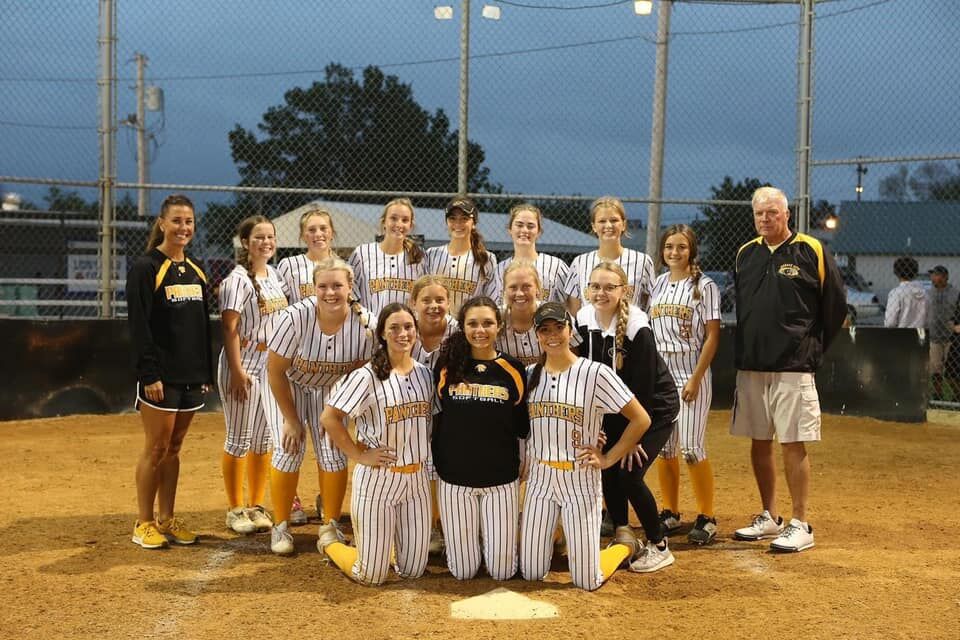 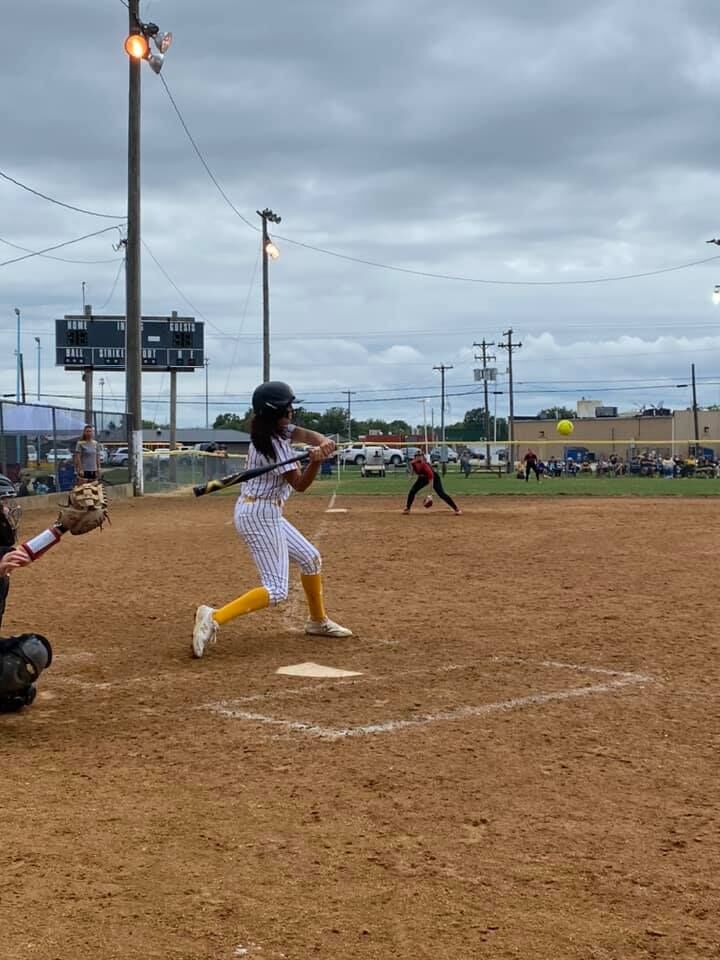 Senior Adriona White swings the bat against Hannibal Lady Pirates on Sept. 4, during the Monroe City Softball Tournament at the Lions Club Field.

The Monroe City Lady Panthers won Second Place on Saturday, September 4 at the Monroe City Softball Tournament, falling to Canton. Head Coach Melissa Chinn stated, “It was really nice to see our bats finally come alive this weekend.  Not the ending we wanted, but Canton is always a great game.  I was so proud of our pitching this weekend.  They did a great job all day.  Our defense really seems to be clicking as well.  We made several defensive changes and the girls were able to just roll with it.”

During the first game, the Lady Panthers met Knox County at the diamond to start off tournament play. The Lady Panthers advanced with a win scoring 17-5 over their opponent. Game highlights included Kailynn Fuemmeler with 4 RBI’s, 3 hits and pitched all three innings with 5 strikeouts, Adriona White had 3 RBI’s and Audri Youngblood added 4 hits and 2 RBI’s, while Jacie Johnson had a good eye and took 1 walk.

Next, the Lady Panthers played against the Hannibal Lady Pirates, sealing their advancement to the championship game scoring 13-2. Game highlights included Lucy Pratt with 2 RBI’s and 2 hits, Fuemmeler add 2 RBI’s and A. Youngblood pitched all 5 innings with 6 strikeouts and added 2 hits in the game.

The Lady Panthers played against Canton in the championship game, losing by one run with a score of 3-2.

The game remained tied with both teams scoring one run in the first inning until the Lady Panthers took the lead in the bottom of the fifth inning, with a score of 2-1. Canton rallied back in the sixth and seventh scoring a run each inning while Monroe City came up short at bat. Game highlights included Youngblood with 2 hits and Fuemmeler pitching all 7 innings with 8 strikeouts.