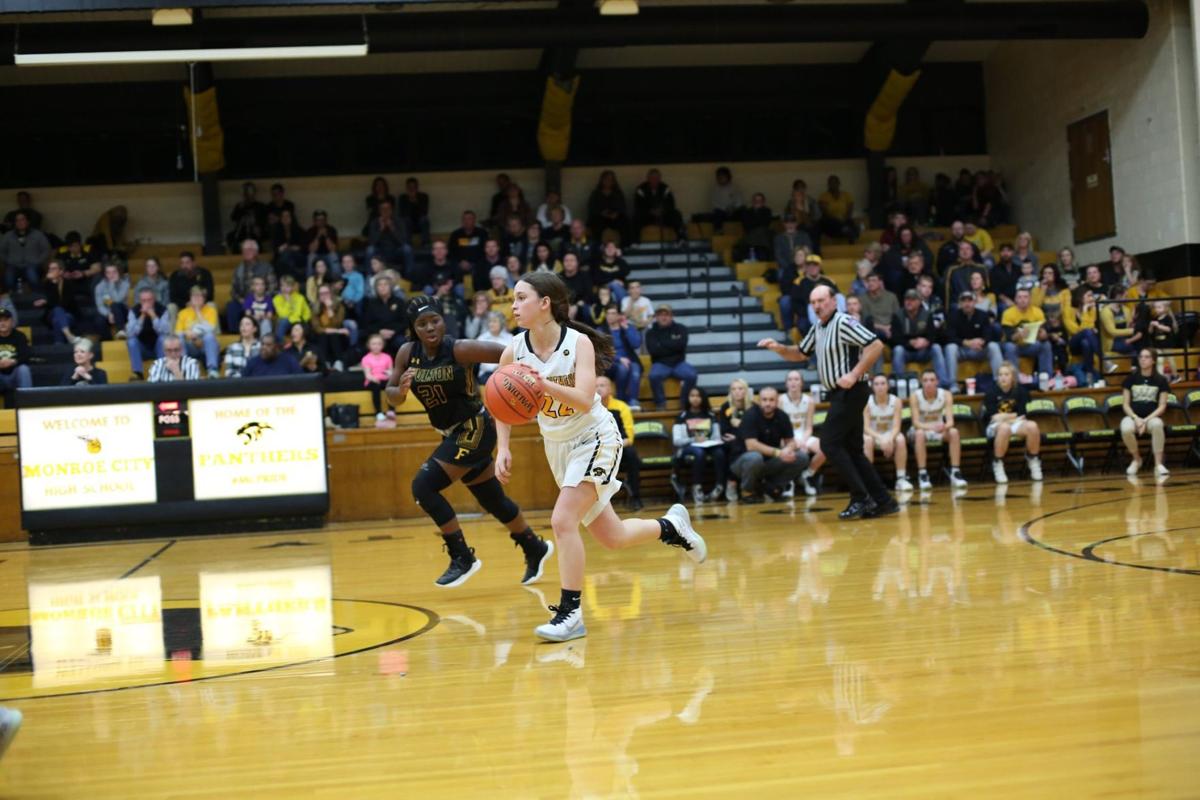 Mackenzie Moss brings the basketball down the court on November 22, during the Lady Panthers season opening game against Fulton. Photo Courtesy Brittney Johnson 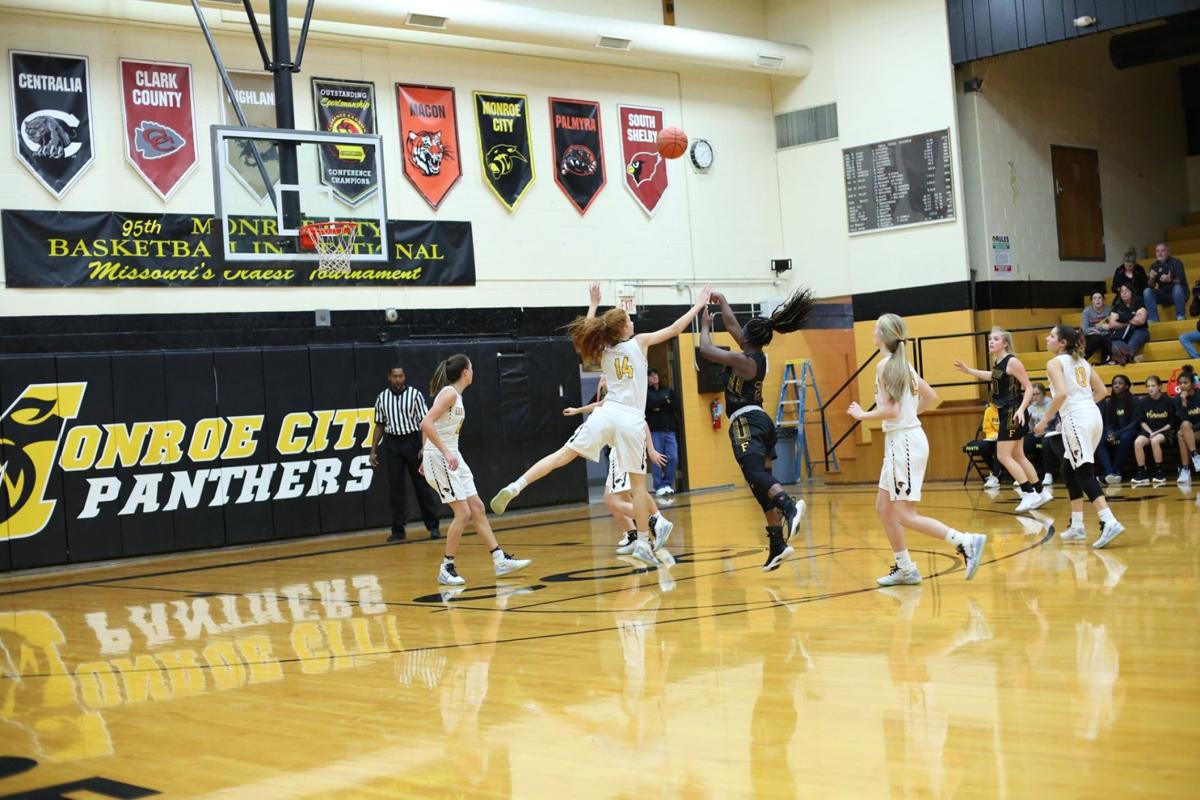 The Monroe City Lady Panthers opened up their 2019-20 basketball season with a win against Fulton on November 22. Head Coach Cody Leonard commented on his team, stating, “I thought it was a good start of the season for us. Defensively we were able to put a lot of pressure on them and force the pace in our advantage.”

The Lady Panthers took the lead in the first quarter against Fulton and continued to pressure against the Lady Hornets, with a 37-24 lead at half-time. Monroe City came back out the second half with just as determination. Lila Yager added a three pointer in the third quarter, followed by Hallie Dyer adding another in the fourth. The game ended with more than 30-point lead and a score of 74-41.

This year Coach Leonard shared his team’s strong points, stating, “Our strong points are defensive pressure and pace of the game,” adding there are still areas to focus on, he said, “Offensively I think we will have different people each night contribute to the game and it will be hard for other teams to prepare for.”

During the game, Dyer led her team with 17 points, followed by Riley Quinn with 16 points, Lauren Youngblood and Haley Hagan each added 10 points, Bailee Hays and Madelyn Meyer each had 6 points, Lila Yager added 5 points to the scoreboard and Bailey Hays and Mackenzie Moss each had 2 points.

Coach Leonard hopes for his team to be able to dictate the speed of the game, sharing, “When this is done, it usually will play in our favor. Just have to be able to consistently execute while also playing at that pace.”