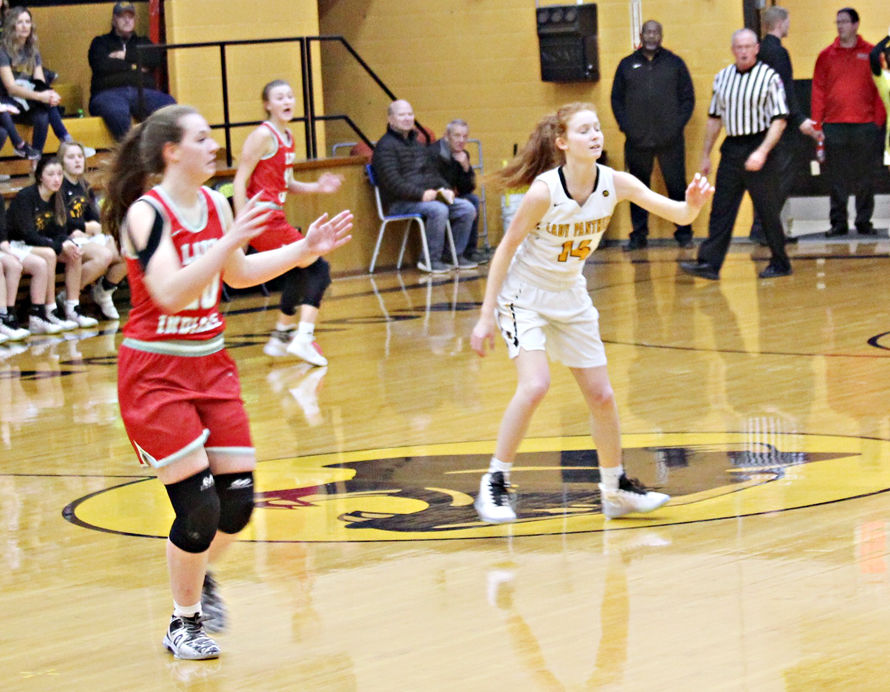 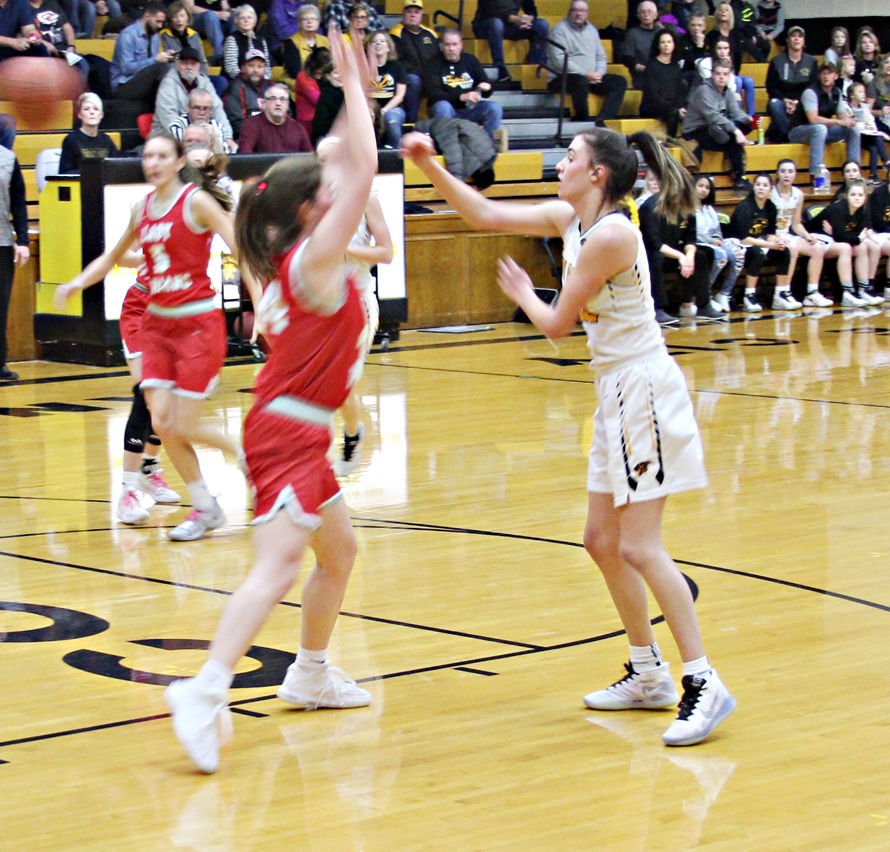 Riley Quinn passes the ball to a teammate on Jan. 16. Quinn found herself at the free-throw line 14 times in the game, making 9 of the shots.

Head Coach Cody Leonard stated, “The Clark County game was a tale of two halves.  We played really well in the first half.  During the second half, we had way too many turnovers.”

The Lady Panthers will travel to Palmyra this week to play in the 77th Annual Tony Lenzini Basketball Tournament. Coach Leonard looks to see improvements, stating, “During the Palmyra tournament, I just want to see us to improve and play a complete four quarters on a nightly basis.”