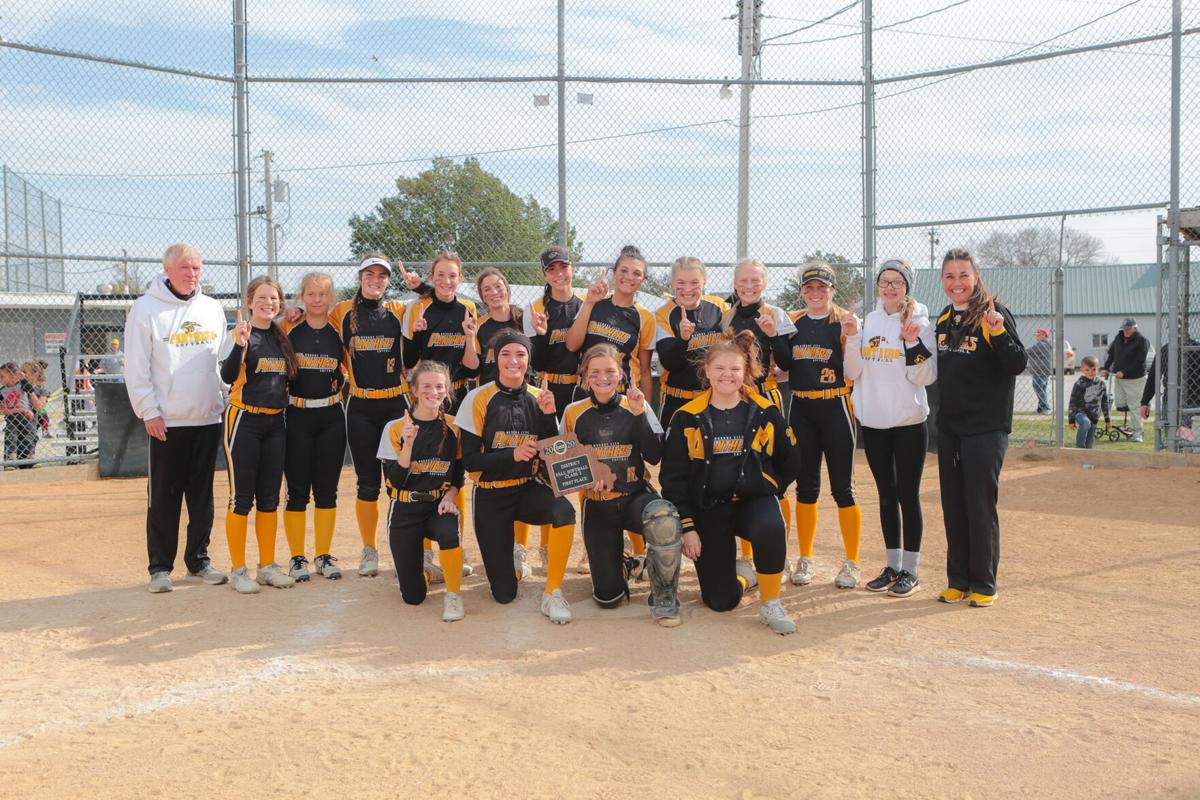 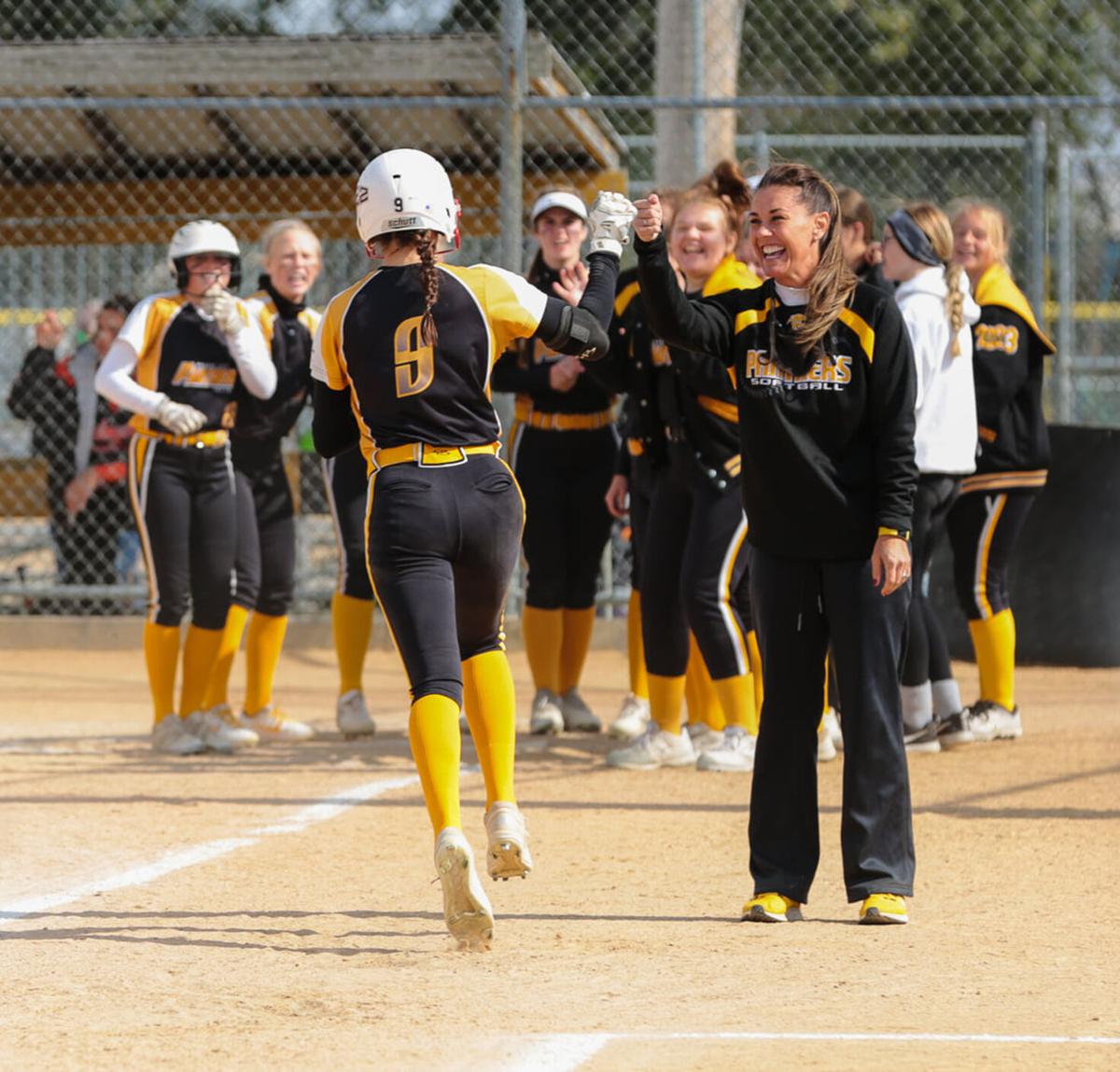 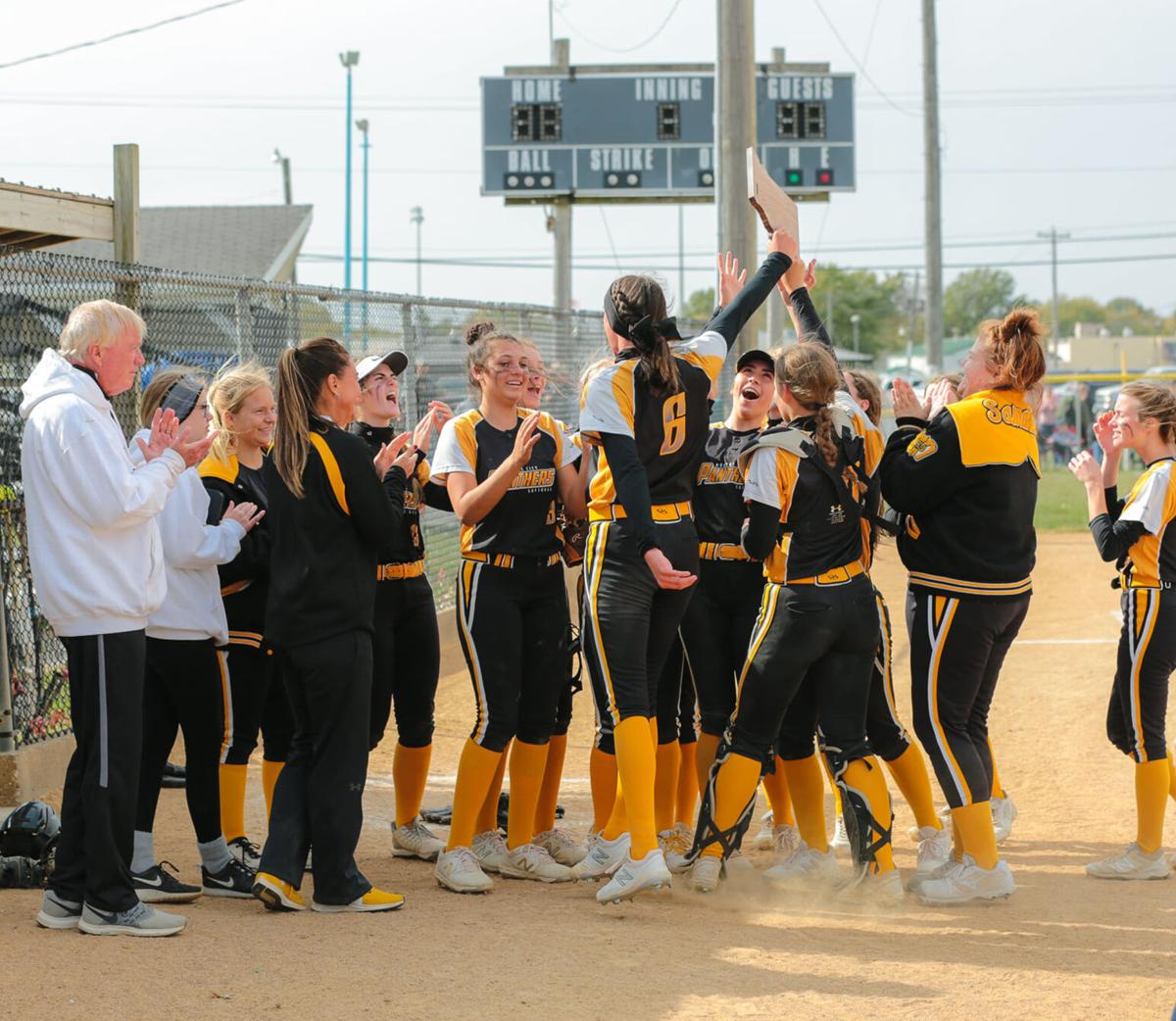 Riley Quinn holds the Class 2 District 5 trophy plaque in the air, celebrating with her teammates their win over Palmyra at the Lion’s Club Field. Photo Courtesy Dawn Youngblood 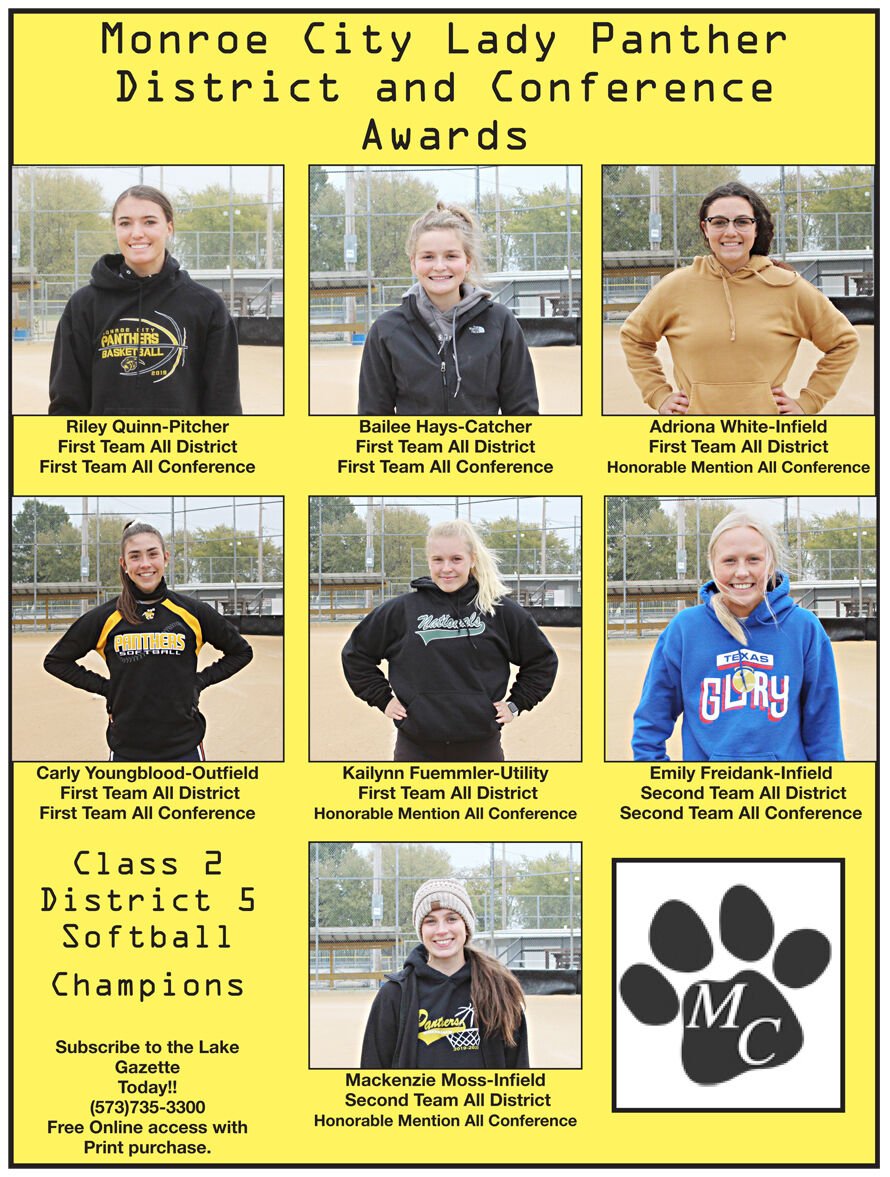 The Monroe City Panthers welcomed the District Championship Title of being the Class 2 District 5 Champions at home on October 17. As the fall season blew in, the Lady Panthers appeared ready to blow out their opponent, the Palmyra Lady Panthers, at the Lion’s Club field. Monroe City took the lead early in the game and never looked back as the team found home plate with ease to drive up the score, ending the game 11-3. Head Coach Melissa Chinn stated, “We always seem to run into Palmyra and it was finally our year.  They came together, played relaxed and confident and did their jobs. I was so impressed with our hitting as well.  It was just a great team win.”

Riley Quinn led the Lady Panthers on the pitching mound, through seven innings with ease, having 10 strikeouts in the game. Coach Chinn shared about Quinn’s performance, stating, “Riley had an excellent game on the mound and her defense was amazing.”

The Lady Panthers had a total of 17 hits in the game, compared to Palmyra, who only connected their bat 6 times at the plate. Monroe City was able to score two runs in the first inning. The only inning the Lady Panthers would not find themselves moving around the bases to home was during the second inning. Every inning after the second, added more runs to the scoreboard. Palmyra would not score until the fifth inning and trailed behind the entire game, making the win a sweet victory for Monroe City. The Lady Panthers gained only 1 error the entire game, with Palmyra having 2 errors.

Emily Freidank and Bailee Hays had three hits each, along with Mackenzie Moss and Carly Youngblood adding 3 RBI’s to the stats. Youngblood was able to connect her bat for 2 homeruns sending her teammates around the bases and Bailee Hays added a homerun as well.

The Lady Panthers will travel to Marceline today, October 21, with a game start time of 6 p.m. Coach Chinn shared about her team advancing, stating, “I am just so excited for these girls.  They have worked so hard for so long to get here.”