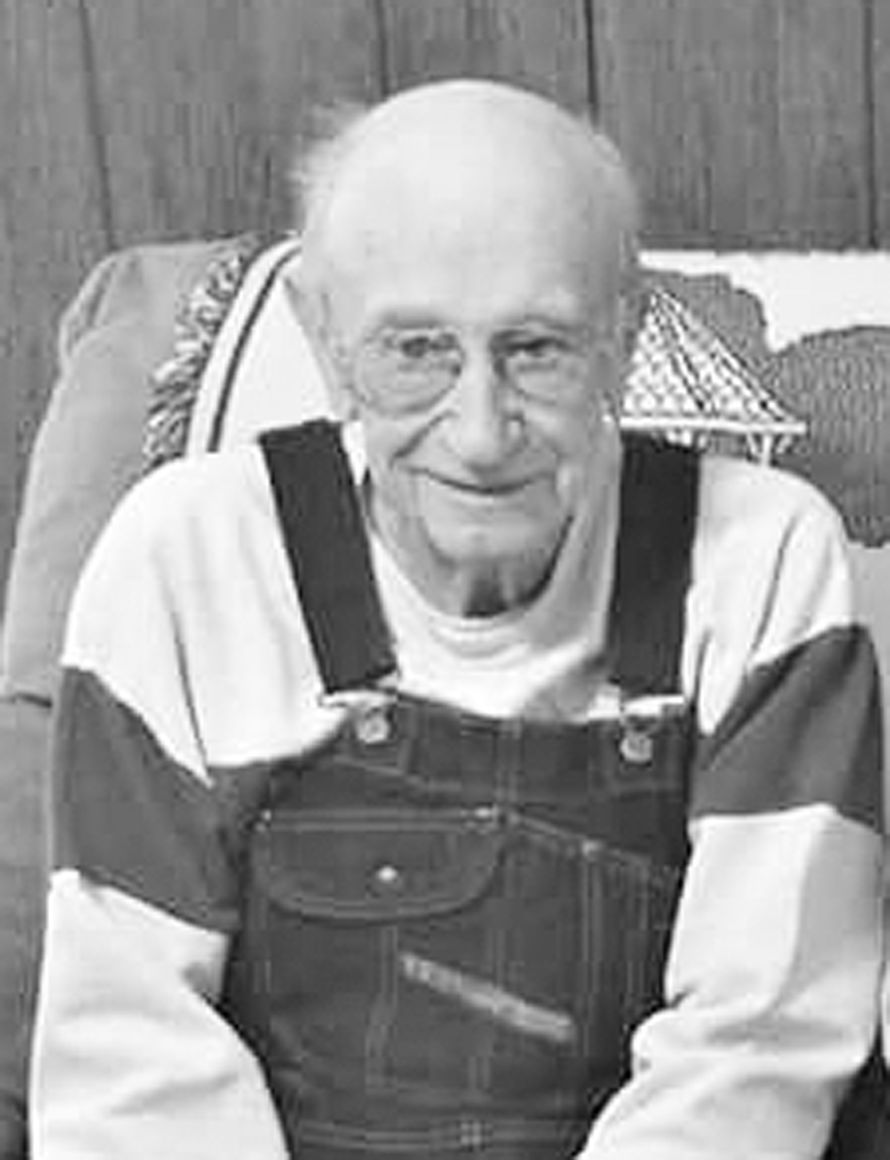 To plant a tree in memory of {{tncms-asset James as a living tribute, please visit Tribute Store. 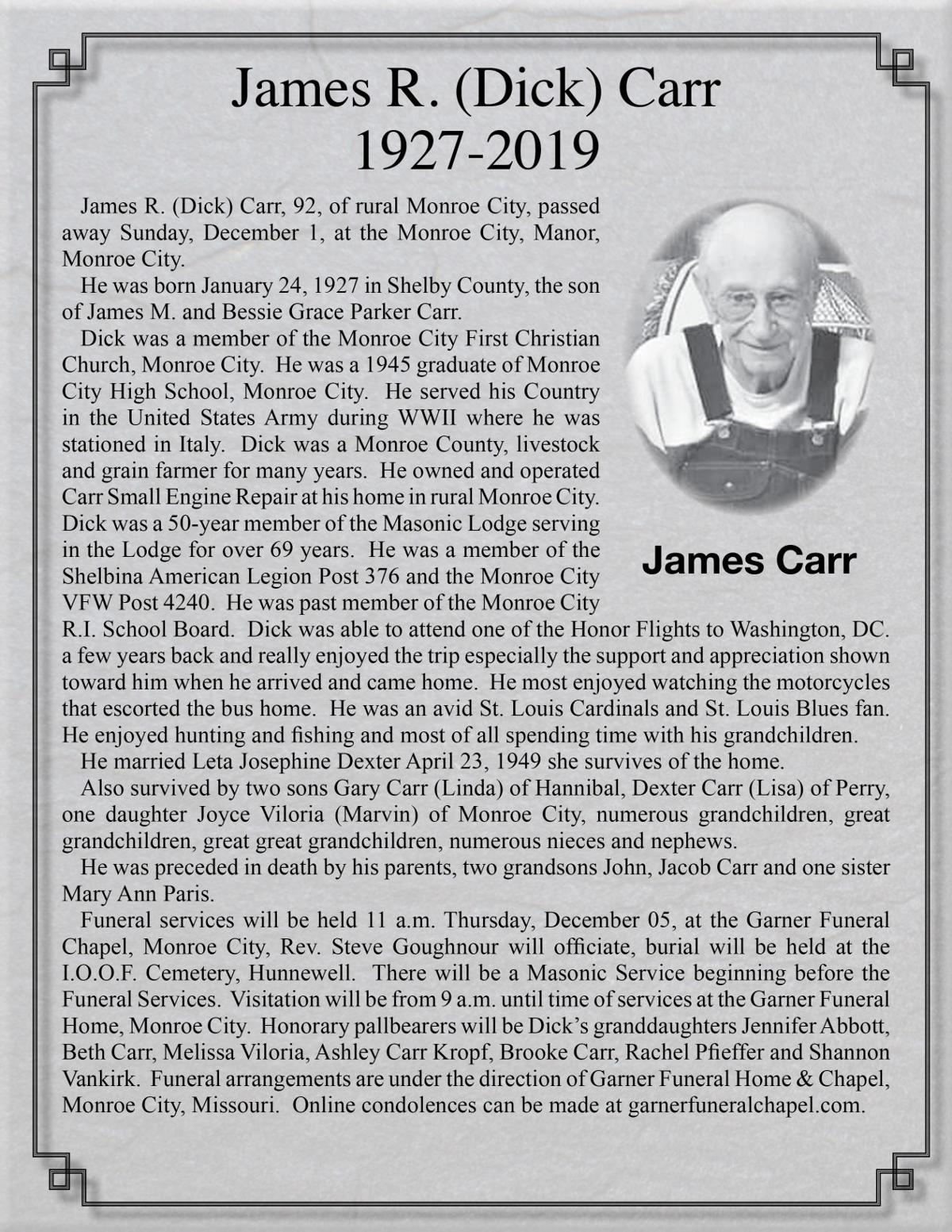 He was born January 24, 1927 in Shelby County, the son of James M. and Bessie Grace Parker Carr.

He married Leta Josephine Dexter April 23, 1949 she survives of the home.

He was preceded in death by his parents, two grandsons John, Jacob Carr and one sister Mary Ann Paris.

Funeral services will be held 11 a.m. Thursday, December 05, at the Garner Funeral Chapel, Monroe City, Rev. Steve Goughnour will officiate, burial will be held at the I.O.O.F. Cemetery, Hunnewell.  There will be a Masonic Service beginning before the Funeral Services.  Visitation will be from 9 a.m. until time of services at the Garner Funeral Home, Monroe City.  Honorary pallbearers will be Dick’s granddaughters Jennifer Abbott, Beth Carr, Melissa Viloria, Ashley Carr Kropf, Brooke Carr, Rachel Pfieffer and Shannon Vankirk.  Funeral arrangements are under the direction of Garner Funeral Home & Chapel, Monroe City, Missouri.  Online condolences can be made at garnerfuneralchapel.com

To plant a tree in memory of {{tncms-asset James as a living tribute, please visit Tribute Store.