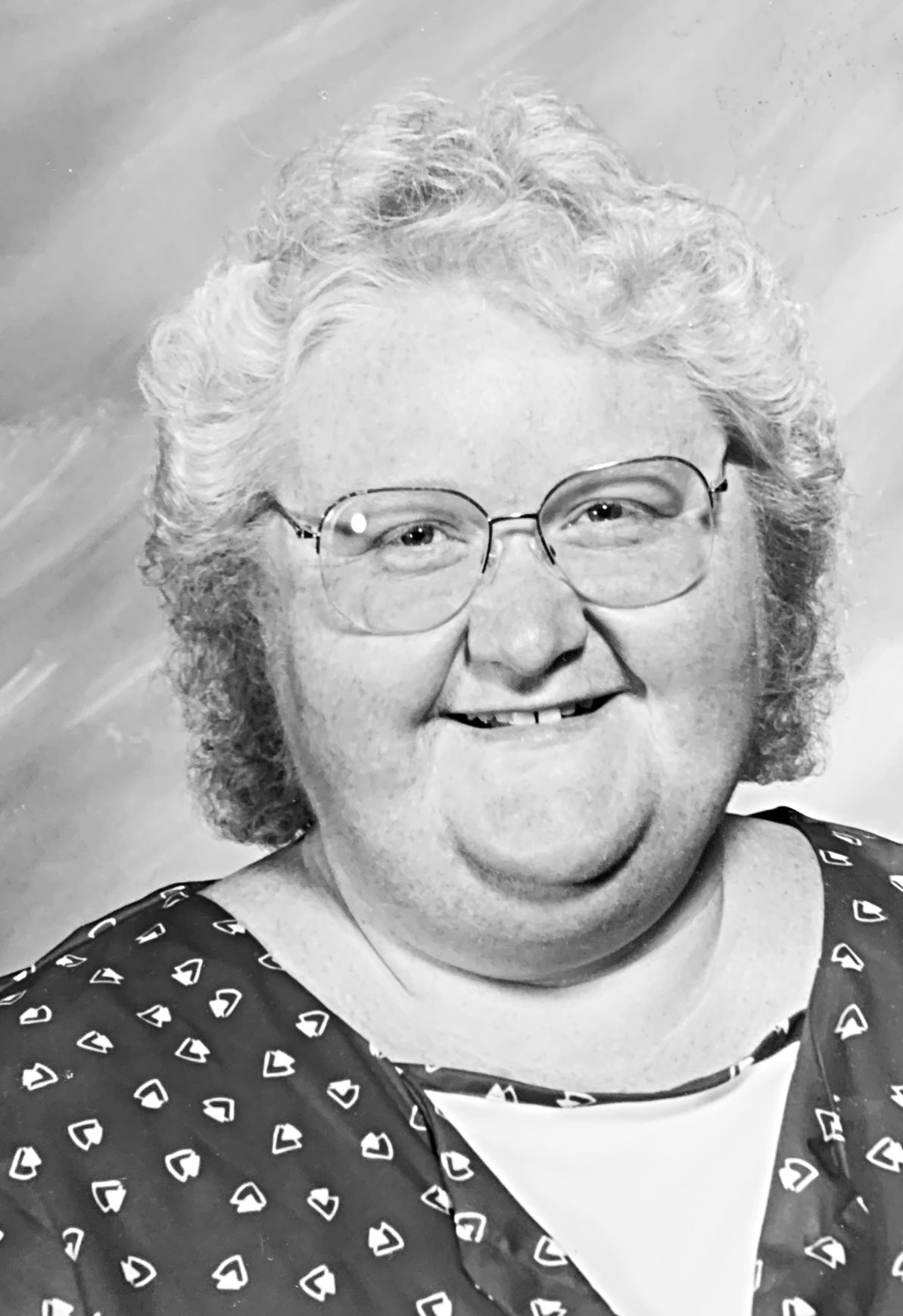 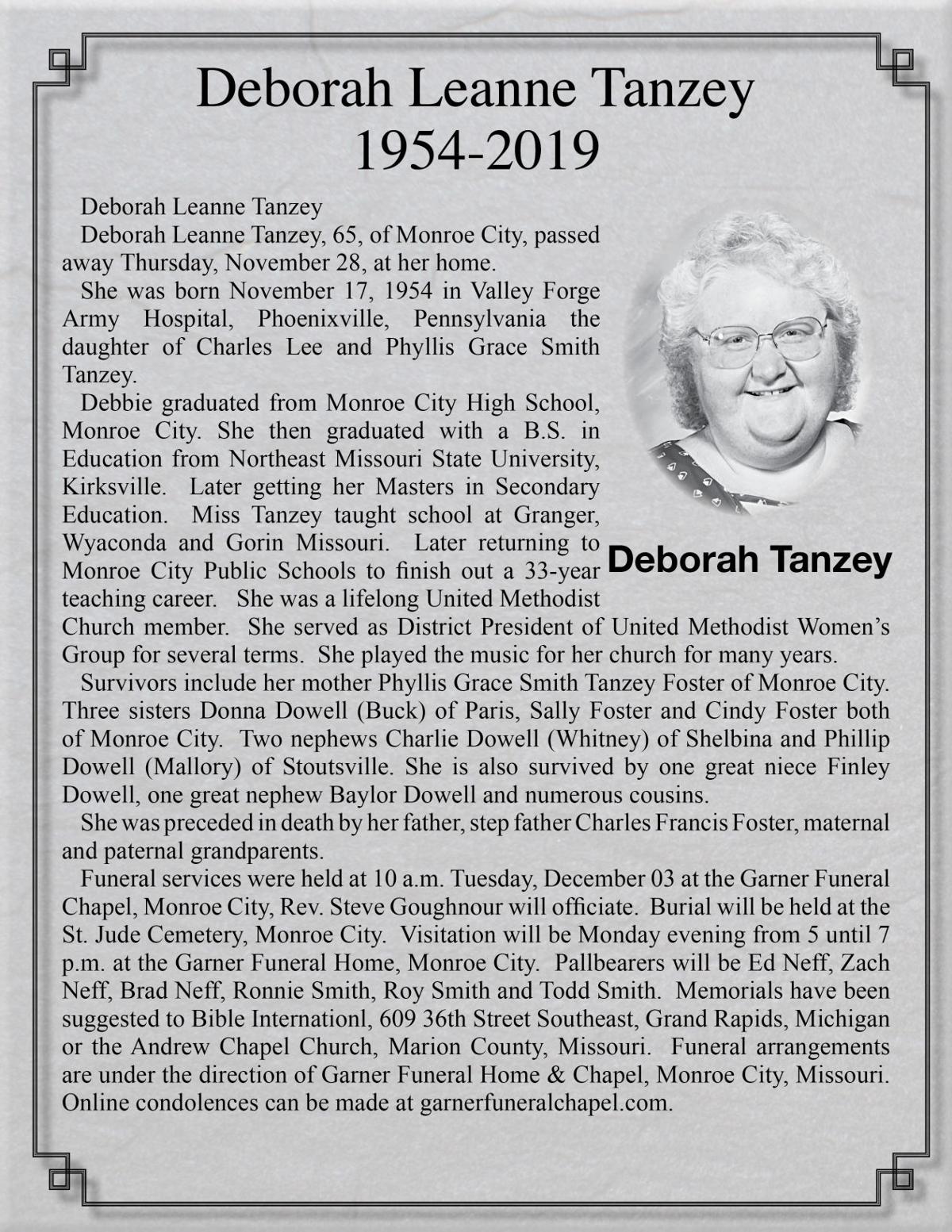 Deborah Leanne Tanzey, 65, of Monroe City, passed away Thursday, November 28, at her home.

Debbie graduated from Monroe City High School, Monroe City. She then graduated with a B.S. in Education from Northeast Missouri State University, Kirksville.  Later getting her Masters in Secondary Education.  Miss Tanzey taught school at Granger, Wyaconda and Gorin Missouri.  Later returning to Monroe City Public Schools to finish out a 33-year teaching career.   She was a lifelong United Methodist Church member.  She served as District President of United Methodist Women’s Group for several terms.  She played the music for her church for many years.

She was preceded in death by her father, step father Charles Francis Foster, maternal and paternal grandparents.