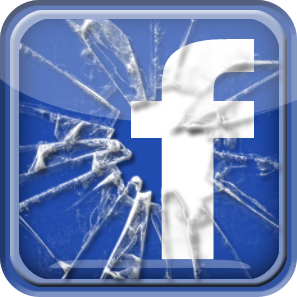 Facebook has been down for three hours and counting.... 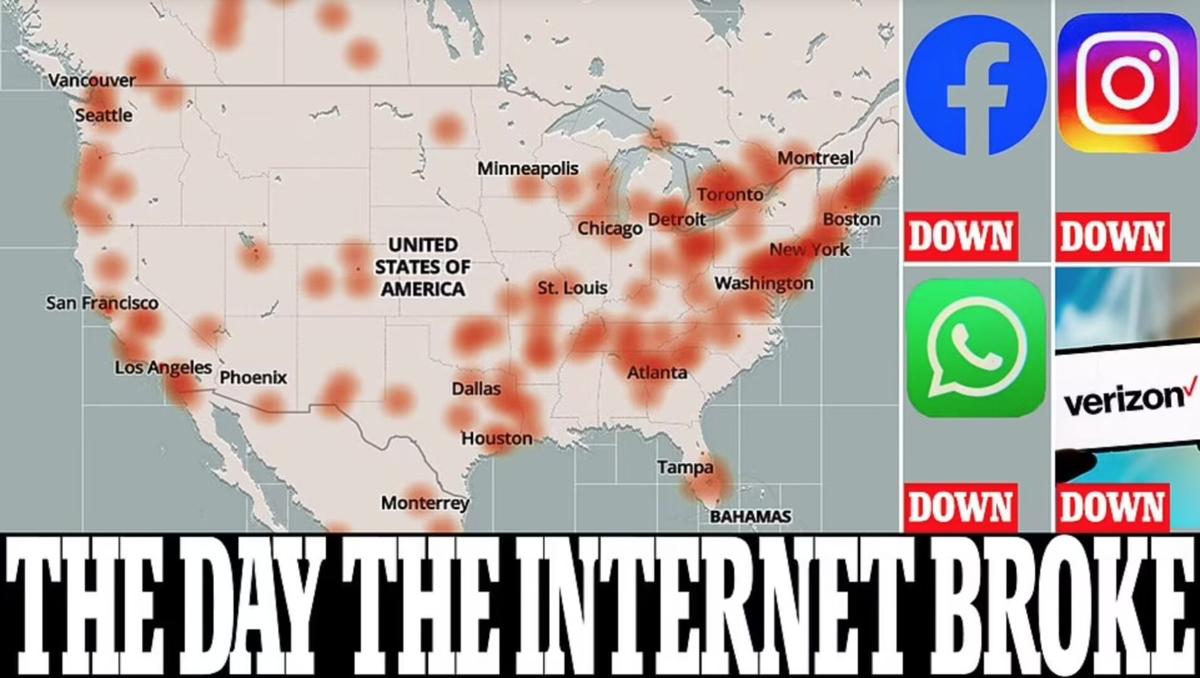 Facebook, Instagram, WhatsApp are all down after the social media giant made changes to its web systems on Monday morning that caused it to 'disappear' from the internet directory, sparking a worldwide outage.

Between 11:50 a.m. EST and 11:52 a.m. EST, Facebook made a series of updates to its border gateway protocol (BGP) which caused it to 'disappear' from the internet.

The BGP allows for the exchange of routing information on the internet and takes people to the websites they want to access.

Facebook's changes included withdrawals which removed its properties from the domain naming system it operates and essentially made it impossible for anyone to connect to the sites because they could no longer be found online.

Facebook is yet to explain why the changes were made or why they caused such outages.

Since 11.39am EST on Monday, Facebook, Instagram and WhatsApp have been broken in what is a widespread outage believed to have been caused by

The scandal-battered company's shares had dipped by 5 percent on Monday amid the outage and after a whistleblower went public on Sunday night with claims of how it regularly places profit above morals.

The outages are affecting WhatsApp and Instagram along with Facebook. The cost of the outage is yet to be seen.

CloudFare's Chief Technology Office John Graham-Cunningham tweeted on Monday that Facebook accidentally 'disappeared' from the internet after making a 'flurry' of updates to its BGP - Border Gateway Protocol.

WhatsApp, which is also owned by Facebook, is also down

'Between 15:50 UTC and 15:52 UTC Facebook and related properties disappeared from the Internet in a flurry of BGP updates,' he said.

Facebook does not use CloudFare but it runs one of the world's largest DNS resolvers.

When sites go down because of failures in DNS systems, CloudFare tries to repair them.

In a statement to DailyMail.com, Usman Muzaffar, SVP of engineering at CloudFare, said: 'Humans access information online through domain names, like facebook.com and DNS converts it into numbers, called an IP address, computers use.

'From what we understand of the actual issue —it is a globalized BGP configuration issue. In our experience, these usually are mistakes, not attacks.

'Border Gateway Protocol (BGP) is the routing protocol for the Internet. Much like the post office processing mail, BGP picks the most efficient routes for delivering Internet traffic.

'Today, the directions for how to get to Facebook’s DNS server’s addresses weren't available (and seem to still be unavailable). Without being able to contact the DNS servers, visitors trying to reach a Facebook property, like facebook.com, will not get an answer and so the page won’t load.'

Facebook has not commented on the cause of the outage.

'We’re aware that some people are having trouble accessing our apps and products. We’re working to get things back to normal as quickly as possible, and we apologize for any inconvenience,' Andy Stone, the company's director of communications, said.

Initially, there were reports that AT&T, Verizon and T-Mobile were all down too, however those reports stemmed from people being unable to access Facebook-run apps on their mobile devices.

Almost all of those who reported problems had issues with mobile internet, and not with making calls or texts.