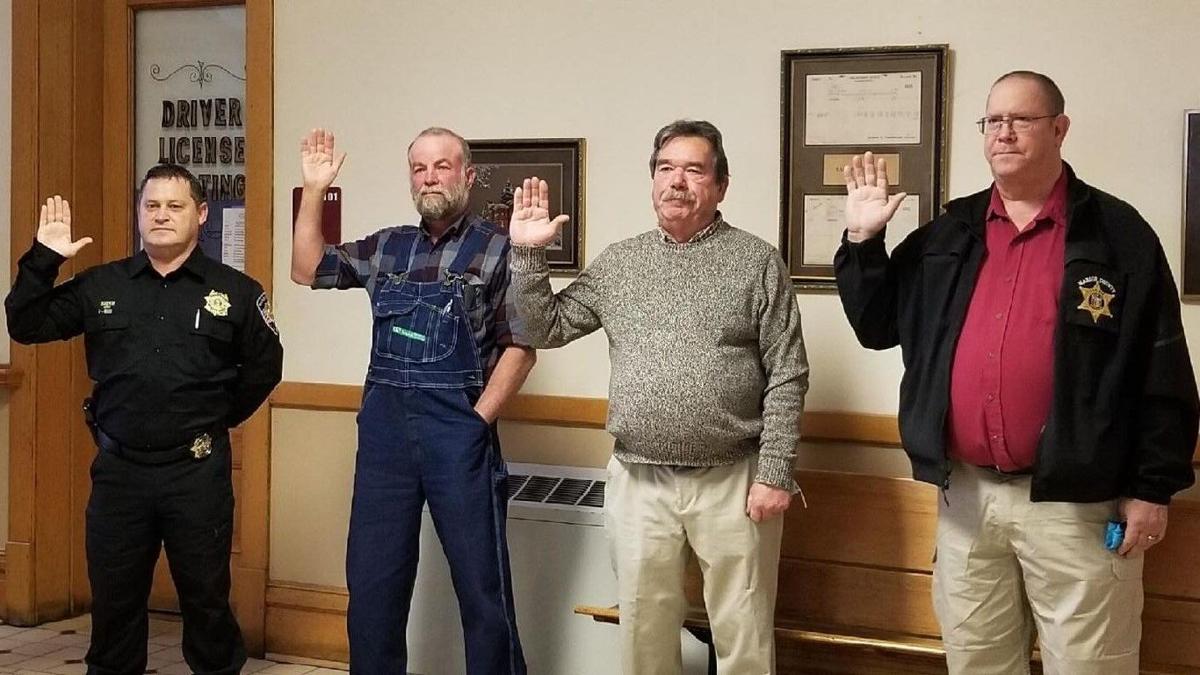 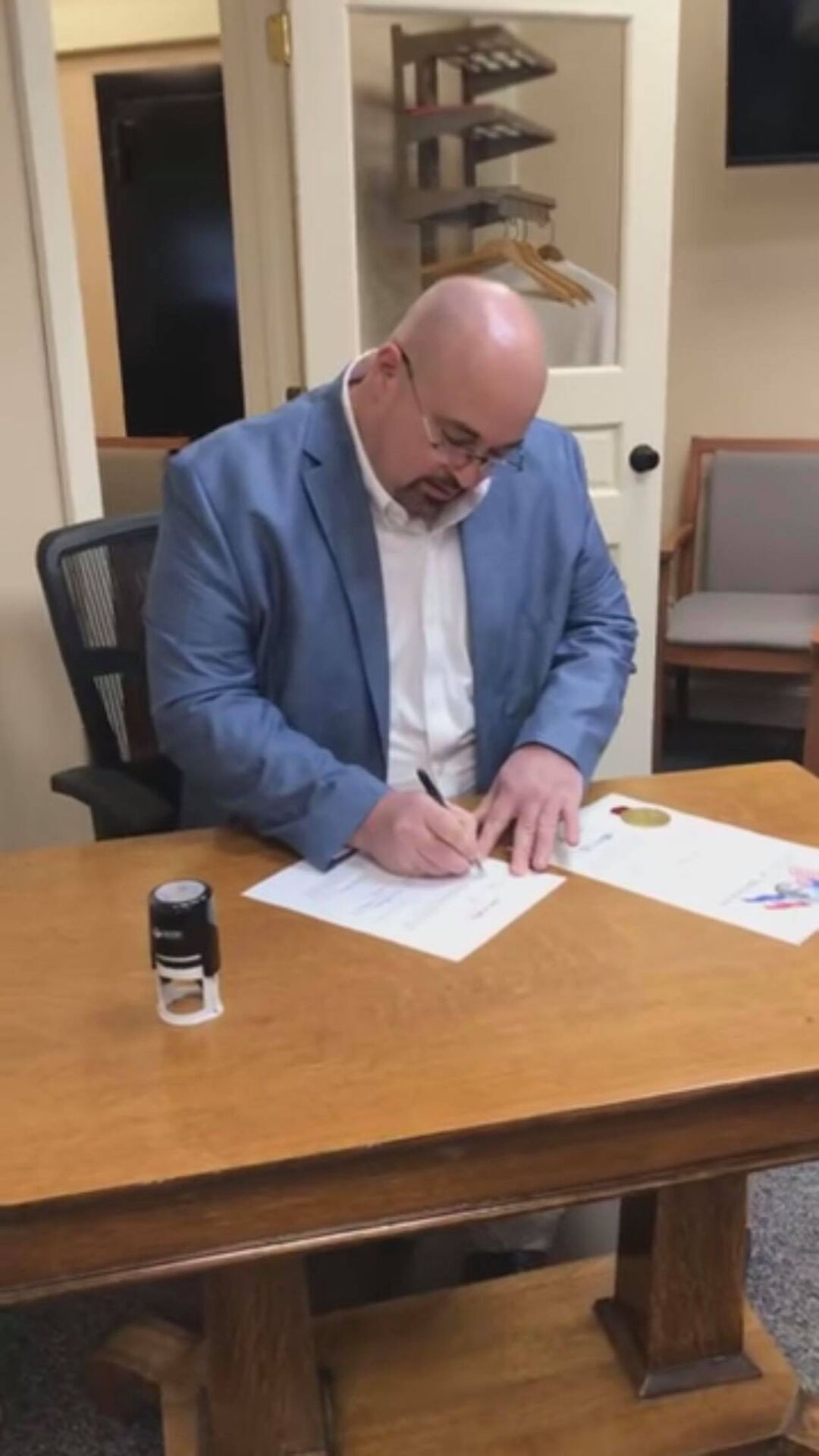 Officer Brad Stinson signs oath to serve as the elected Ralls County Sheriff on December 31, 2020 at the Ralls County Courthouse in New London. 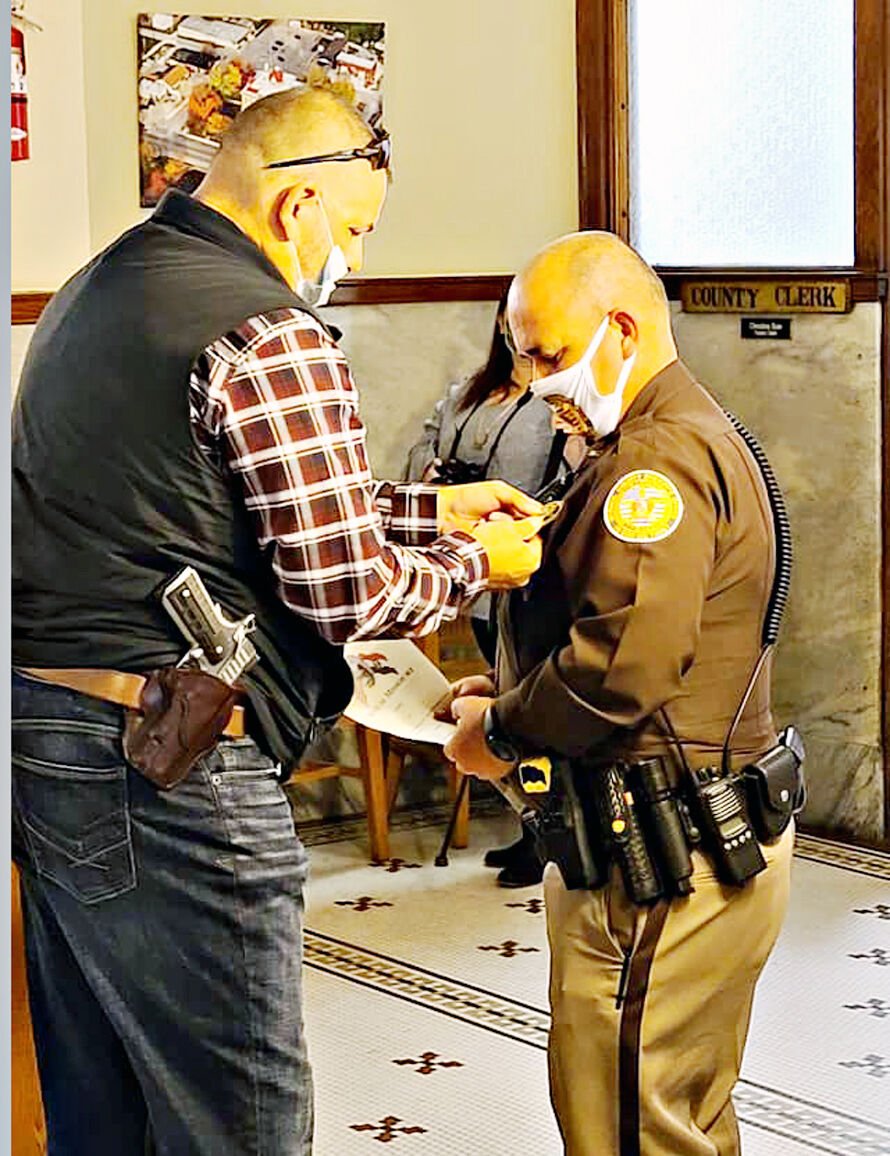 Retired Sheriff, David Hoffman pins newly elected Sheriff, Joe Colston with his sheriff badge after he is sworn in at the Monroe County Courthouse  on December 31, 2020.

The Changing of the guards; Marion, Monroe and Ralls Counties see change

Most people are eager to say good-bye to 2020 and welcome in 2021, hoping for a change for the better. County offices celebrated the New Year on December 31, swearing in new officials throughout the region while continuing to practice social distancing.

Monroe County officials were sworn in one at a time in 15 minute intervals to allow for proper health precautions. Of those taking a new position, is Chief Deputy Joe Colston to fill the position as Monroe County Sheriff. The swearing in of Sheriff Colston was a bittersweet moment, as Sheriff David Hoffman officially retired from his position.

Monroe County Sheriff Joe Colston shared, “I am very proud and honored to be the Monroe County Sheriff. While it’s a great honor it is also a great responsibility. One that I take very seriously. It’s important to me to keep doing the things well that we have always done well and make improvements where I can. While I’m just starting as Sheriff I have been working to make improvements over the last 15 years. It’s been very busy this week with staff meetings, reviewing budgets, preparing staff for some changes, along with the normal day to day. I’m excited and very grateful for a smooth transition.”

In Ralls County, Officer Brad Stinson was sworn in as the new Ralls County Sheriff, taking the elected position. Sheriff Stinson stated, “It’s a humbling and grateful feeling being chosen by the citizens to serve my community. I don’t take lightly this responsibility and will uphold it to the best of my ability to make Ralls County Proud of their Sheriff’s Office.”