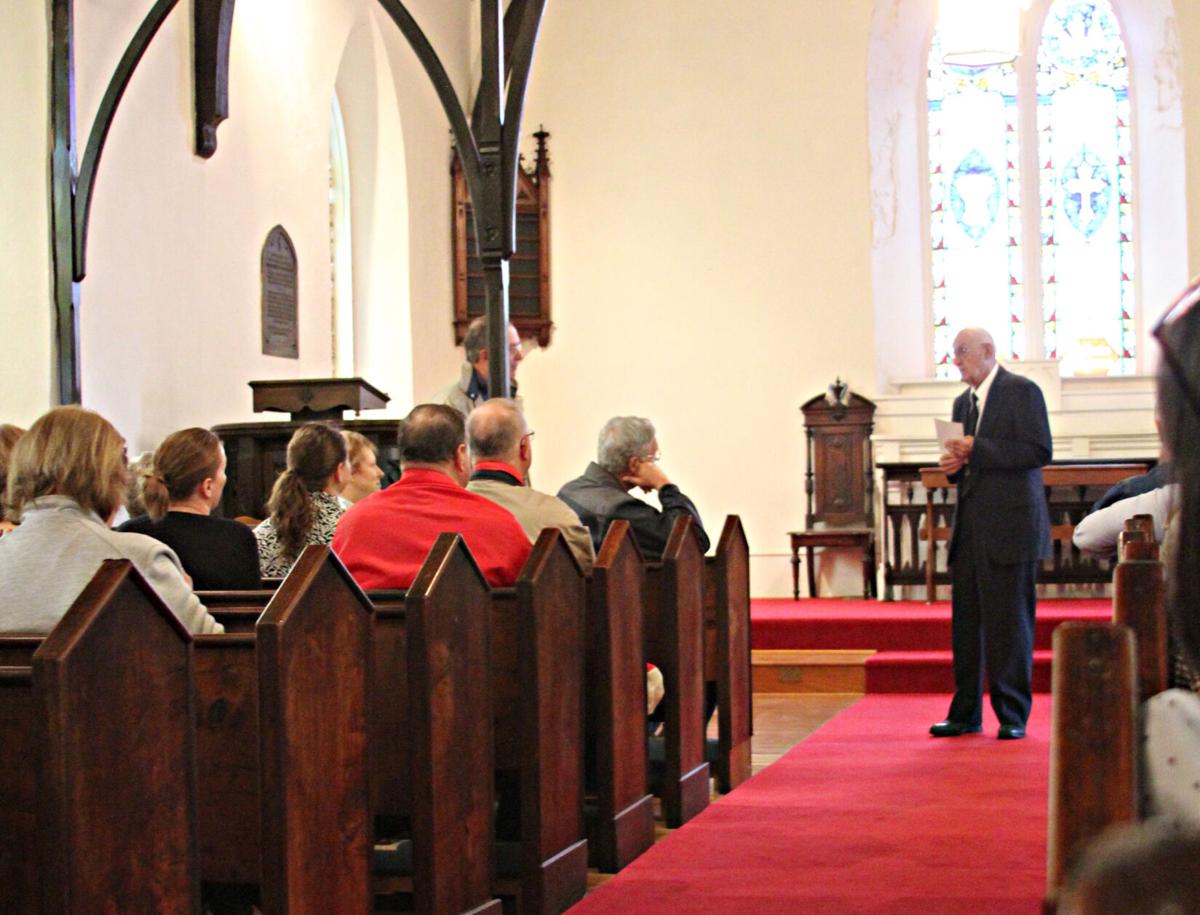 Jack Jones, portrays the story of Mrs. Georgia Burns. Burns had taught three generations of Jones’, including his father, himself and his son. 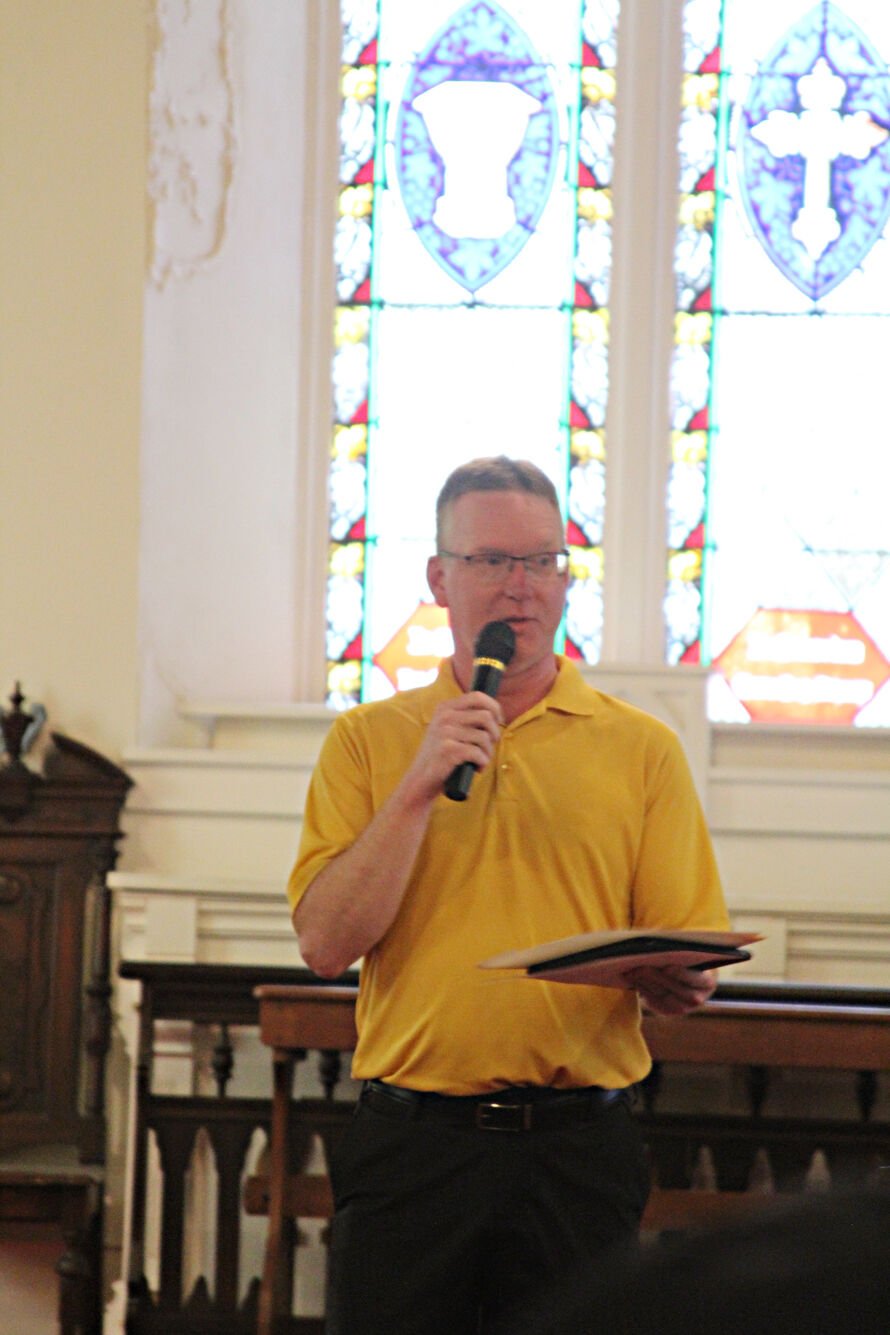 Shane Spalding portrayed the life of Harold and William Kern. 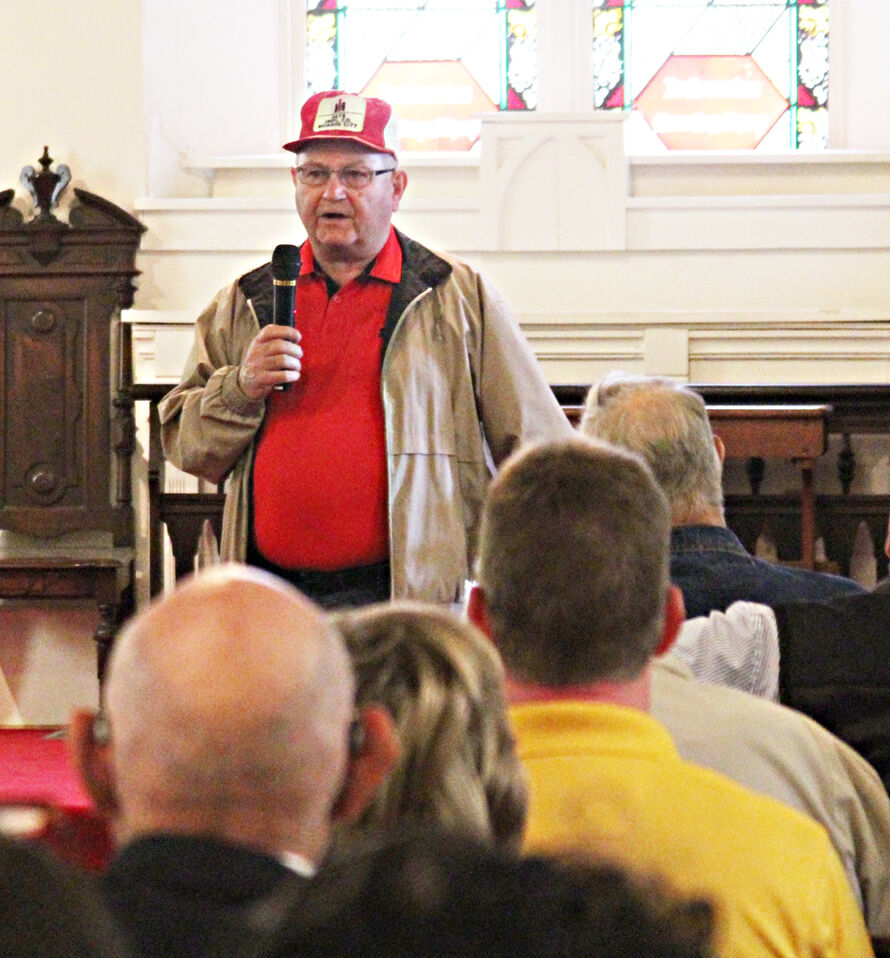 John A. Hays portrayed the life of his father, Jimmy Hays. 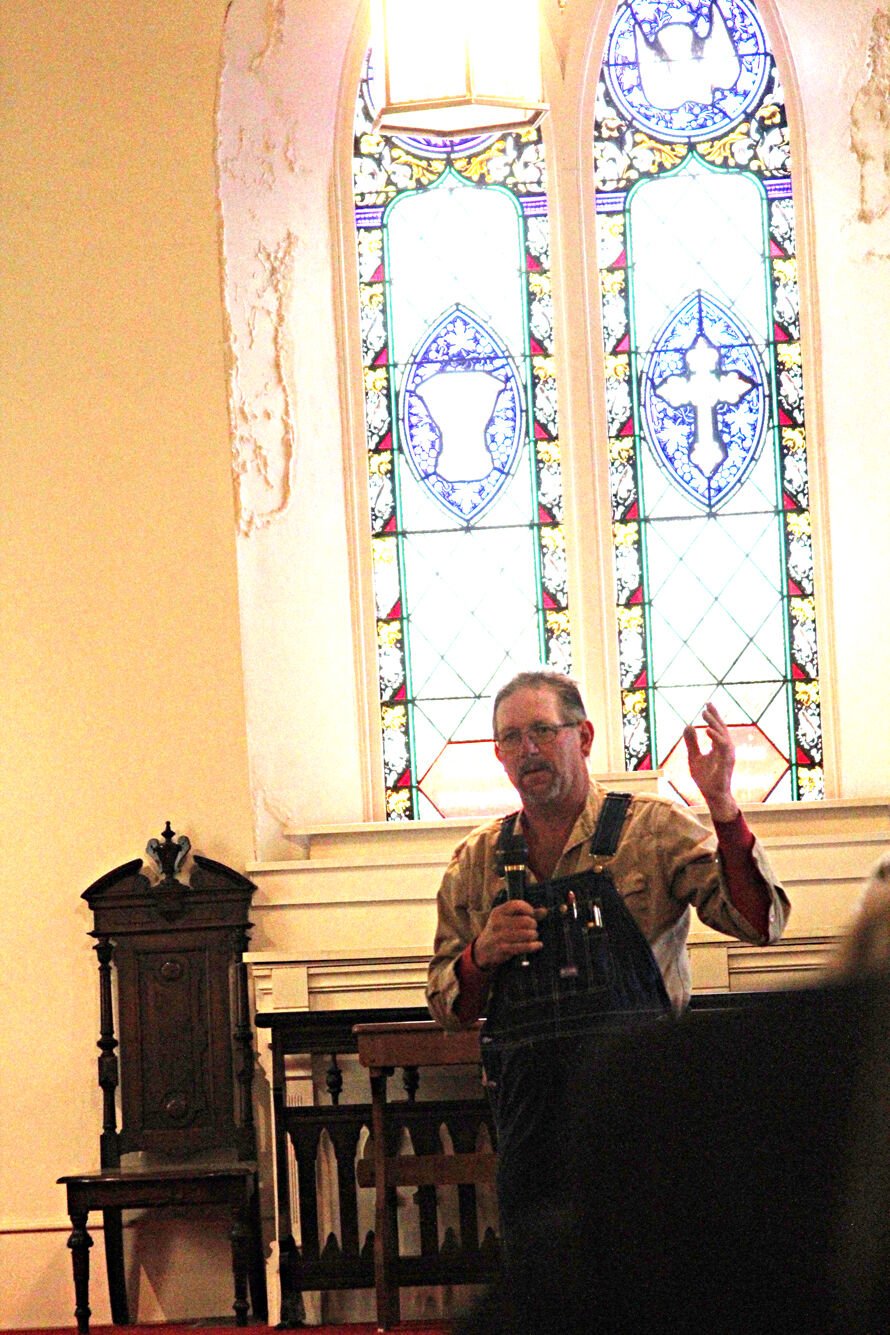 Roy Smith portrayed the life of his Uncle Jesse Smith, a Blacksmith who helped build many things in the early years of Monroe City's development.

The Sixth Annual Cemetery Walk saw approximately 60 guests on Memorial Day. The event was held at the St. Jude’s Episcopal Church. Steve Yates, Park Board member, led the mornings event remembering those who have passed before us to their eternal resting place. Yates welcomed everyone, stating, “We are not only here to recount the memories of those who have made contributions to our community, but to those who are present as well.”

Yates opened with a quote from Myles Munroe which states: The wealthiest place in the world is not the gold mines of South America or the oil fields of Iraq or Iran. They are not the diamond mines of South Africa or the banks of the world. The wealthiest place on the planet is just down the road. It is the cemetery. There lie buried companies that were never started, inventions that were never made, bestselling books that were never written, and masterpieces that were never painted. In the cemetery is buried the greatest treasure of untapped potential. Yates encouraged everyone in attendance to think about the quote, adding, “We should all be using our God given talents.”

The first person to be portrayed was Lucille Mitchell by Debbie Goughner. Goughner explained Mitchell as a 1918 graduate of Monroe City School, attending college in Kirksville to become a teacher, who held her first teaching job at Hickory Grove. She later taught at Monroe City, including one year in the current High School building, teaching for 43 years. Mitchell married Henry Mitchell, and remained married only 16 years before his passing in 1943. In 1945, she obtained her Masters from Iowa State University. Goughner explained remembering her as an elegant lady who was her neighbor as a child. Goughner shared memories of Mitchell helping her complete a term paper during her junior year of high school and had a love for English and Literature. She was a member of the Monroe City Christian Church, served as a Deaconess and belonged to several organizations being active in the community.

Next, Jack Jones portrayed Mrs. Georgia Burns. Jones explained Mrs. Burns had taught three generations of Jones’, including his father, himself and his son. He stated, “She was a good teacher, well known, starting her teaching career in the Herfford School outside of Monroe City and later teaching in Monroe City.” Jones explained his research of Burns, telling the audience he had asked people in the area their recollections of her as a teacher. Jones stated, “About 90 percent all had the same answer, stating she had a well-disciplined classroom.” Jones gave examples of her expectations in the classroom which included a paddle named Ms. Smiley that had the face of an angry woman on it. Jones shared she did not get married until she was in her 50’s, because at that time teachers were not allowed to be married. She was married to Mr. Grant Burns.

Shane Spalding filled in for Dennis Spalding to portray Bill and Harold Kern. Spalding read aloud all the research Dennis had compiled. Harold had two sons, with one being fatally lost in World War II and the other being Bill, who worked with his father and was a lifelong resident of Monroe City. Harold served as Mayor, helping with the installation with the City’s new switchboard and sewage plant. He also was a business owner, forming LLC Kerns & Sons, where he sold appliances. His son, Bill, helped his father with the family business, married Dorothy (Spalding) Kern, who survives him and was present for the Cemetery Walk. Together they owned and operated the laundry mat and claim to be the second family to own a television in Monroe City, with Ralph Reed being the first.

Bill is known for being a hero during the St. Stephen’s Church Fire in Indian Creek, rescuing the church records, as he entered the burning building with ropes tied to him in case they had to pull him out.

John A. Hays portrayed his father, Jimmy Hays. Hays was born in 1924, to a farm family with 10 kids. He explained his father’s family was poor, living through the depression with a large family. He stated with a smile, “My Dad didn’t get along in school very well. Can you imagine that? A Hays having trouble in school.” Everyone laughed as he explained the life of a man who seemed to know the definition of hard work. After quitting school, Hays joined the Navy, eating bananas and water to gain enough weight, 110 pounds, to be accepted.

Roy Smith portrayed the life of his Uncle Jessie Smith, who was the Blacksmith in Monroe City. Smith’s shop was located West of the Fire Station on Summer Street. Roy explained one engine ran the whole shop, stating, “I remember my uncle used to say he learned to read with pork and bean cans. They learned by reading anything that had writing on it.” Smith was opposite of his father, liking anything mechanical and new. Others in the audience shared memories of the blacksmith shop. Yates added, “Jessie played a significant role in the building things in this community.”

Janie Spalding portrayed her father’s first cousin, Wilfred Scott Dawson. Dawson was born in 1912 and grew up next door to her father. She stated, “They were more like brothers.” In high school, Dawson played sports and later attended college in Liberty at William Jewell majoring in Education. Spalding stated she believes the boys were rather spoiled, explaining they used to send their laundry home to their mothers in a box on a train. He met his wife, Maxine, and they moved home after college to live with his parents at 305 South Oak Street, which is the former home of Dr. E. Bailey and is now owned by Matthew Perrine. The couple later build their own home at 715 Stanton Ave in the 1940’s and raised two daughters. He purchased his share into the Wade & Dawson Hardware Store for $1 and later became the sole owner in 1947 when Wade passed away. The store was originally where Maddie’s on Main is currently and moved to The Opera House later. Dawson was known for his love for Monroe City sports, becoming the commentator for football games from 1959 until his death in 1964, where he had a massive heart attack while attending a St. Louis Cardinals game.