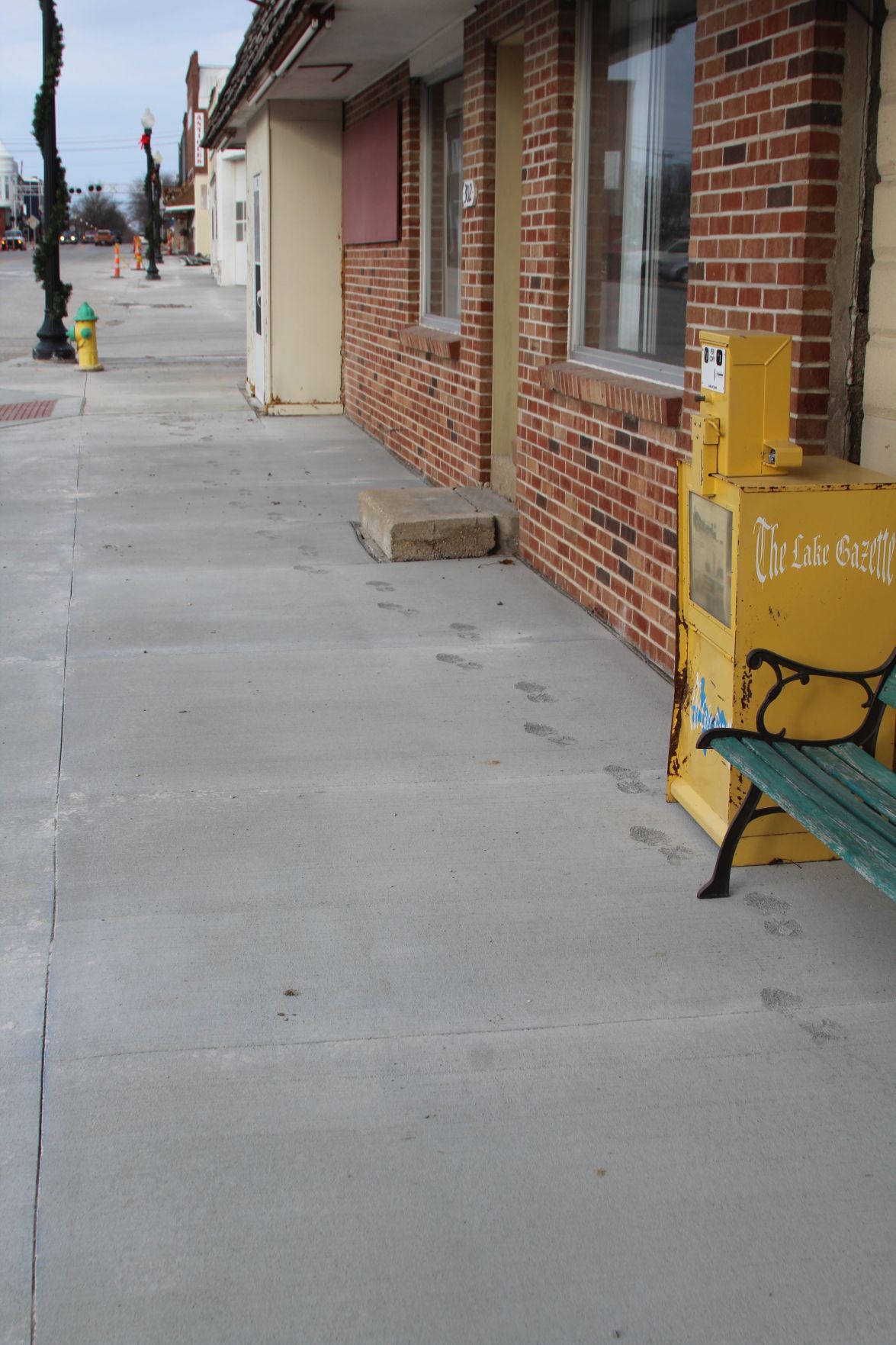 The mystery footprints etched into the new sidewalk on South Main Street in the 300 block, located in front of the Lake Gazette office building. 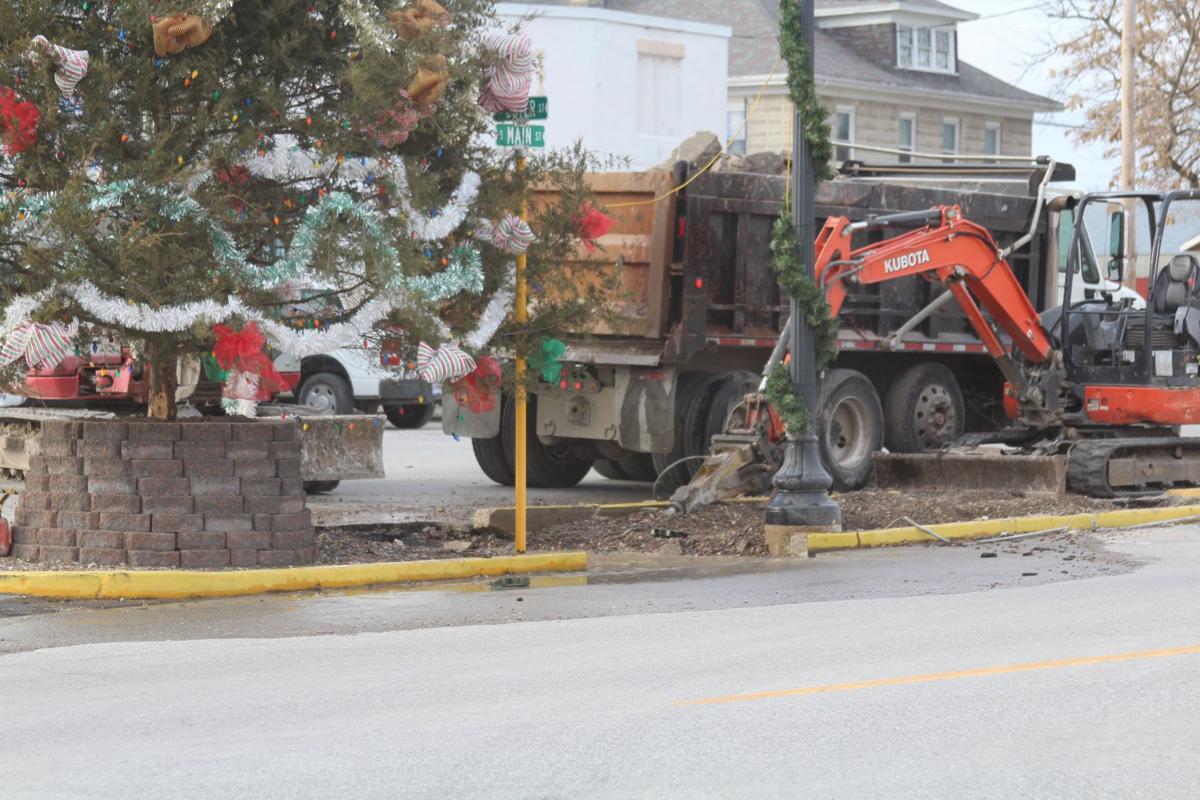 Construction crews working at the corner of Main and Dover Streets experience an overflow of water as the hit the historic water cistern while preparing the area for the new sidewalks.

The City of Monroe City continues the Main Street sidewalk project on South Main Street, moving north. The project includes new sidewalks along both the east and west sides of Main Street and will cover areas from Lawn/Mill Street to just south of the railroad tracks.

In the 300 block of South Main Street several footprints were left in the cement. The new sidewalk footprint trail can be seen at 304 S. Main St., where the footprints begin in front of The Lake Gazette Office and continue north to Dover St. The mystery walker appeared to have tennis shoes while walking on the wet cement.

On Monday, January 6, during the construction of the sidewalks crews experienced an overflow of water as they hit the historic water cistern, where the horses were watered  years ago. The cistern is located at the corner of Dover and Main Street near the Wedge.

The project is contracted with S&A Equipment Builders LLC, of Fulton. The new sidewalks are estimated to cost approximately $419,000. The City received a grant from MoDOT to cover 55 percent of the cost, leaving the City with the remaining 45 percent.