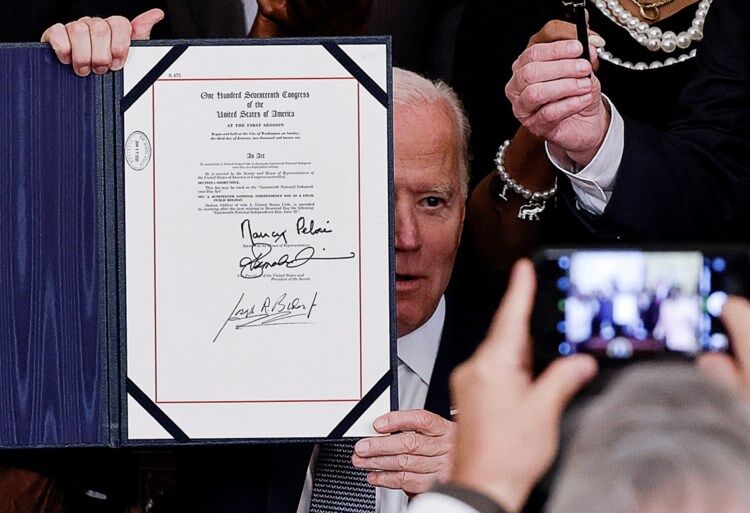 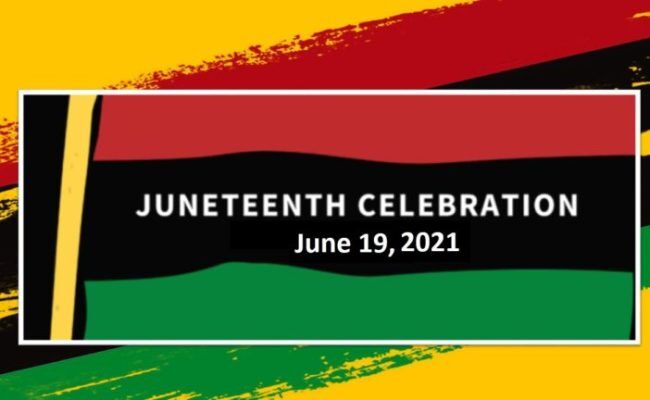 Those out and about may wonder why federal offices such as the post office or banks closed. Yesterday, June 17, President Joe Biden declared Juneteenth, observed each year on June 19, as an American holiday. Since the holiday falls on a Saturday this year, federal workers will have the day off on June 18. A new federal holiday has not been declared since 1983, when President Ronald Reagan designated Martin Luther King Jr. Day.

Juneteenth is known as the day African Americans gained their freedom. A second Independence Day some might say for those who gained freedom at the end of the Civil War. A battle victory that would forever change generations to come.

In recent years, Juneteenth has gained increased public awareness as activists pushed for state and federal recognition. This bill brings to life the efforts of several who have worked hard to share a national holiday and its importance to communities across America.

At the stroke of midnight on January 1, 1863, the Emancipation Proclamation came into effect and declared enslaved people in the Confederacy free, on the condition that the Union won the war. The proclamation turned the war into a fight for freedom and by the end of the war 200,000 Black soldiers had joined the fight, spreading news of freedom as they fought their way through the South.

Since Texas was one of the last strongholds of the South, emancipation would be a long-time coming for enslaved people in the state. Even after the last battle of the Civil War was fought in 1865, a full two years after the Emancipation Proclamation was signed, it is believed that many enslaved people still did not know they were free. As the story goes, some 250,000-enslaved people only learned of their freedom after Union General Gordon Granger arrived in Galveston, Texas, on June 19, 1865 and announced that the president had issued a proclamation freeing them.

On that day, Granger declared, “The people of Texas are informed that, in accordance with a proclamation from the Executive of the United States, all slaves are free. This involves an absolute equality of personal rights and rights of property between former masters and slaves, and the connection heretofore existing between them becomes that between employer and hired labor.”

With Granger’s announcement, June 19—which would eventually come to be known as Juneteenth—became a day to celebrate the end of slavery in Texas. As newly freed Texans began moving to neighboring states, Juneteenth celebrations spread across the South and beyond.

For decades, many southern Black communities were forced to celebrate Juneteenth on the outskirts of town due to racism and Jim Crow laws. To ensure they had a safe place to gather, Juneteenth groups would often collectively purchase plots of land in the city on which to celebrate. These parks were commonly named Emancipation Parks, many of which still exist today.

As the Civil Rights movement gained momentum in the 60's Juneteenth celebrations faded. In recent years, however, Juneteenth has regained popularity and is often celebrated with food and community. It also has helped raise awareness about ongoing issues facing the African-American community, including a political fight for reparations, or compensation, to the descendants of victims of slavery.

In 1980, Texas became the first state to recognize June 19 as a state holiday, which it did with legislation. Today, Juneteenth is recognized by nearly every state, and now in June 2021, the U.S. Congress has passed a bill to make Juneteenth a federal holiday.