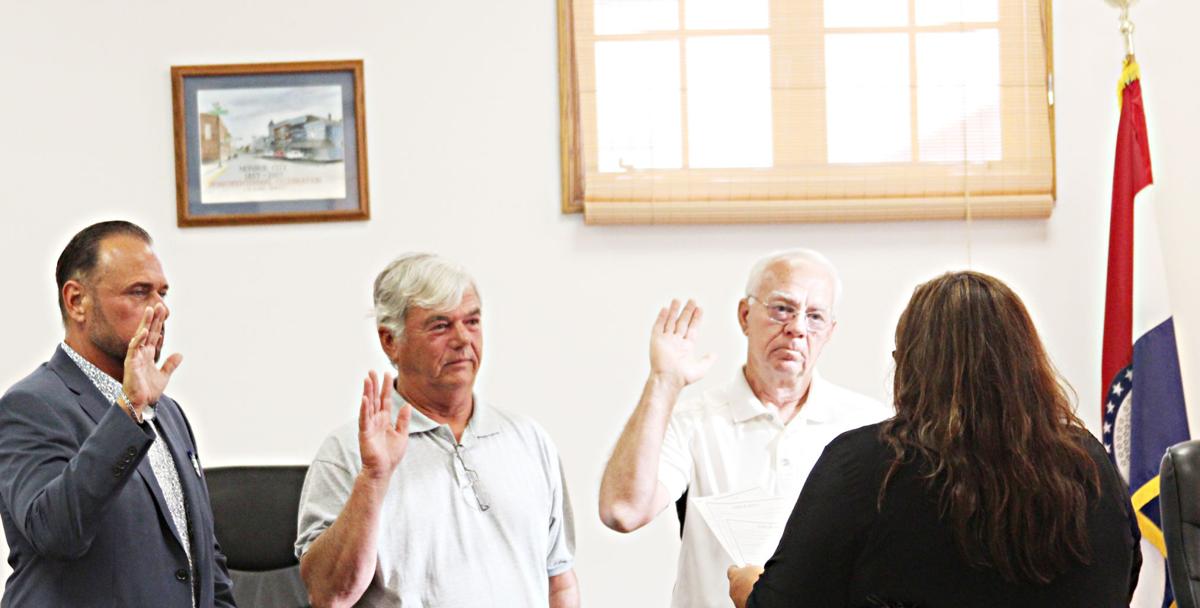 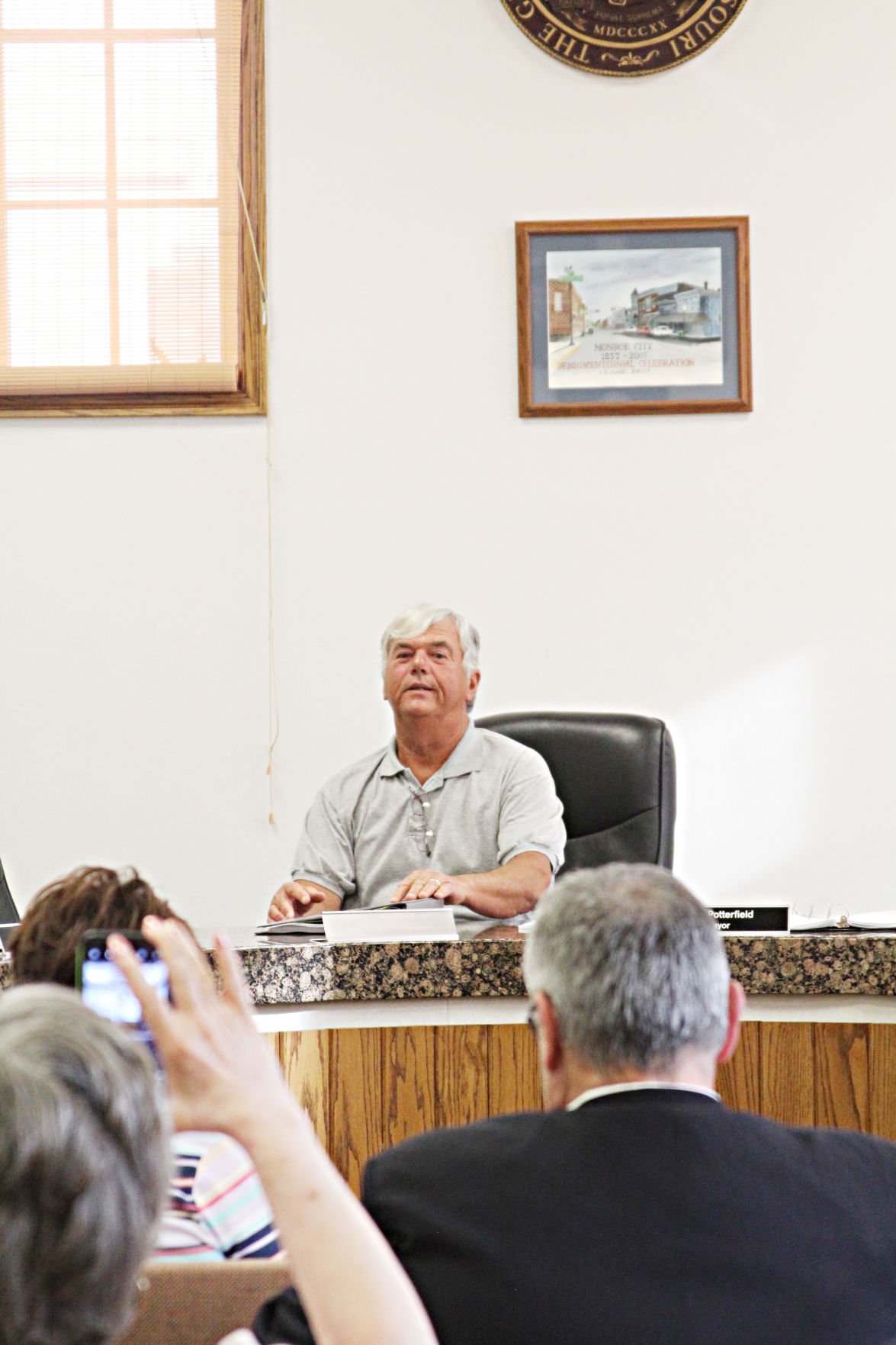 Prior to adjourning for the evening, Mayor Potterfield stated, “I am happy to serve as Mayor. I hope I can live up to everyone’s expectations as it was you who elected me to be here.” 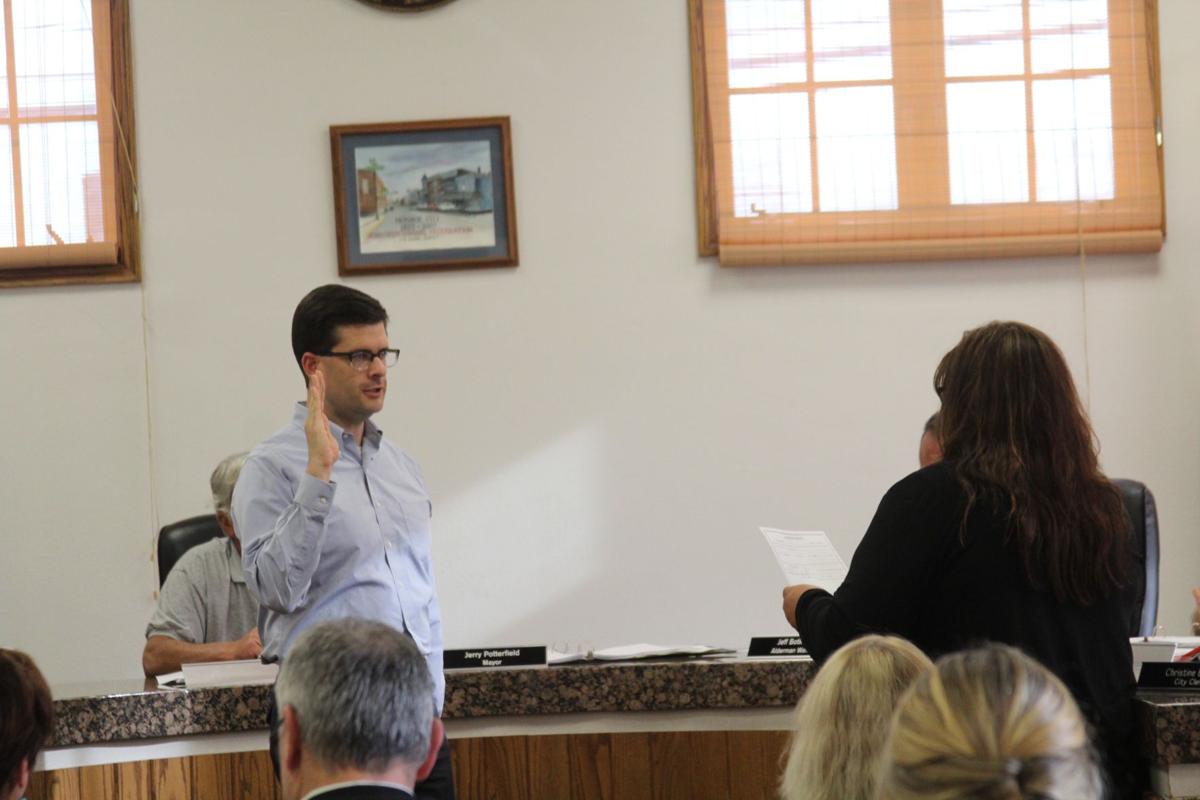 City Attorney John Russell is sworn in to his appointed position on June 18 after being appointed by Mayor Jerry Potterfield. 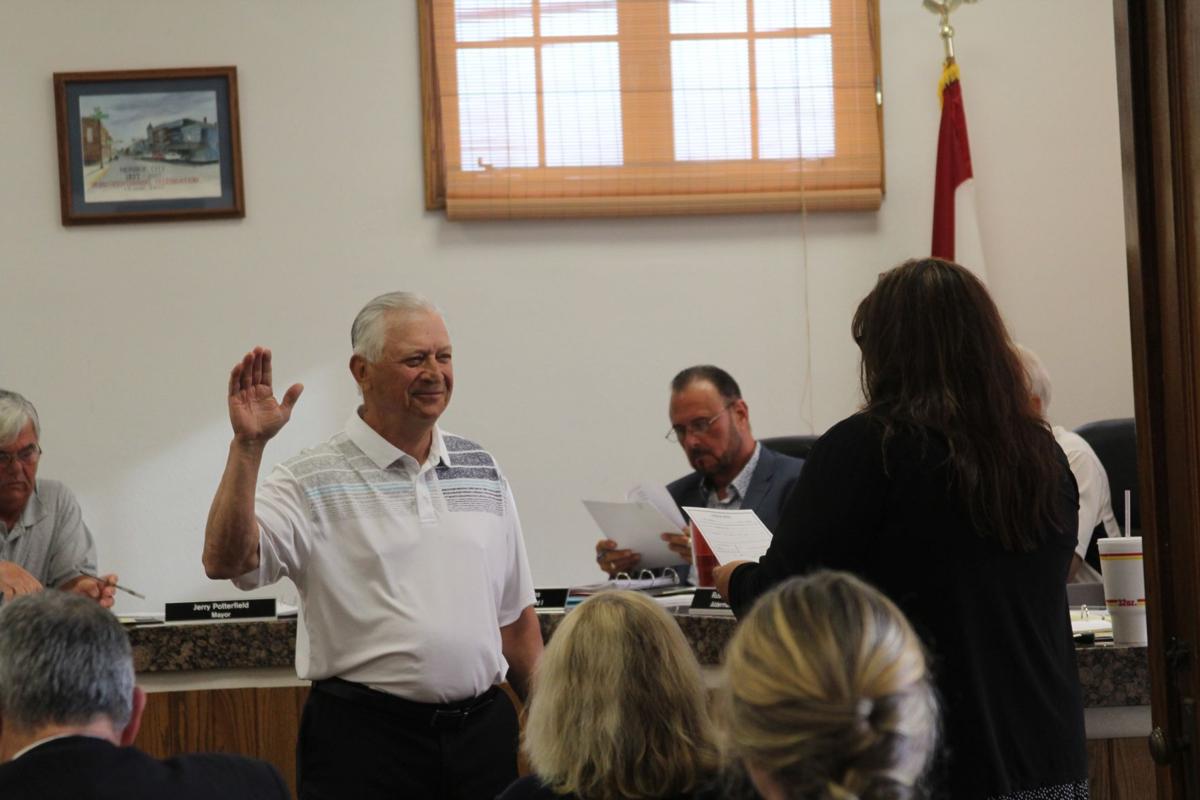 Ward III Ralph Lemongelli was sworn in on June 18, after being appointed by Mayor Jerry Potterfield. The vacant seat became open after Melissa Hays resigned her position. 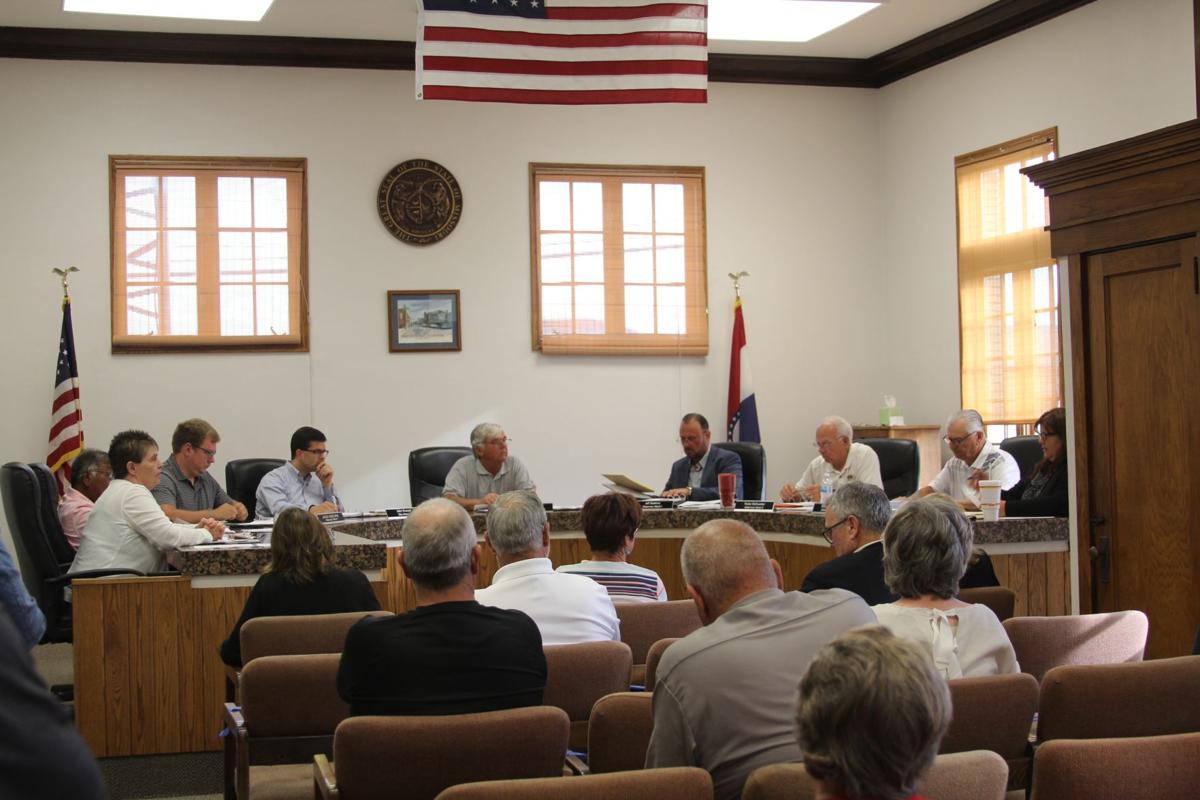 The Monroe City Board of Alderman met in regular session on June 18. The council chambers were filled with community members who came to support those stepping down from office and those stepping up to their new roles. There were two meetings held during the evening session. Jerry Potterfield was sworn in as Mayor during the second meeting of the evening’s council gathering.

The first meeting was brought to order by Mayor John Long. The agenda included approving minutes from June 4, approve financials for May, bills payable and made a motion to accept the Department of Conservation cost share application with all in favor. The board was unable to move forward on the Mosswood Loan, Sewer Ordinance or Enforcement Response Plan related to not having a forum to carry a vote with Alderman Marvin Viloria abstaining from the vote. Next, the board certified the results of the June 2 municipal election. Mayor Long accepted the resignation of Ward III Alderman Melissa Hays due to a conflict of interest with her new job.

Prior to the meeting being adjourned Mayor John Long was presented a plaque recognizing him for his service as Mayor for the past two years. Long stated, “I have enjoyed my term over the last two years, I love this City. I hope we can all continue to work together as a whole.” Alderman Connie Painter shared, “Alderman Jeremy Moss and Melissa Hays, along with Attorney Michael Williams were a great team. I appreciate all their help and service to their community. I also look forward to the new ones coming in.”

The second meeting was called to order after Jerry Potterfield was sworn in as Mayor, along with Ward I Alderman Jeff Botkins and Ward II Alderman Rusty Rothweiler. Mayor Potterfield wasted no time making appointments, appointing John Russell as City Attorney and Ralph Lemongelli as Ward III Alderman. Attorney Russell and Alderman Lemongelli were then sworn in and took their appointed positions. The appointments were approved with Alderman Viloria abstaining.

In Open Forum, Debbie Kendrick addressed the council. Kendrick explained they would be closing on the land for the new sewer plant on June 26. She also made two requests. First, Kendrick asked the City to revise their codes for main electric entrances into homes be 14 feet rather than 11 feet for safety reasons. Next, she asked for the City to finish the parking lot behind BK’s/Maddies as there is limited parking in the downtown area.

Georgia Rothweiler approached the council requesting the City consider opening the summer pool for the youth. Administrator Jackie Pangborn explained, stating, “I do not have enough applications. I need 15-17 employees. We would also have to do some maintenance work to get chemicals balanced. We winterize the pool every year.” Mayor Potterfield asked if it was possible to open on a part-time basis. The discussion ended with no definite answer other than staffing being an issue to consider reopening.

During the City Attorney Report, Attorney Russell shared, “I look forward to working with the council and everyone feel free to ask me questions.”

Prior to adjourning for the evening, Mayor Potterfield stated, “I am happy to serve as Mayor. I hope I can live up to everyone’s expectations as it was you who elected me to be here.”

The next scheduled city council meeting is Thursday, July 9 at 6 p.m. The Board of Aldermen normally meet at 6 p.m. on the first and third Thursday of each month at City Hall, 109 Second Street.  If the first meeting night of the month falls on the first or second day, the meetings for that month are held on the second and fourth Thursdays.  The Board may also change a meeting date at a prior meeting due to scheduling conflicts.  Board of Aldermen meetings are open to the public.  Citizens have an opportunity to express their concerns and give their input at the open forum which is normally the second item on the agenda right after the consent agenda. It is suggested that you advise City Hall of the matter that you wish to discuss with the Board of Aldermen at least two days prior to the meeting so that research (if needed) may be performed prior to the meeting.  If you do not know what ward you are in or have questions or concerns, please contact City Hall at (573)735- 4585.