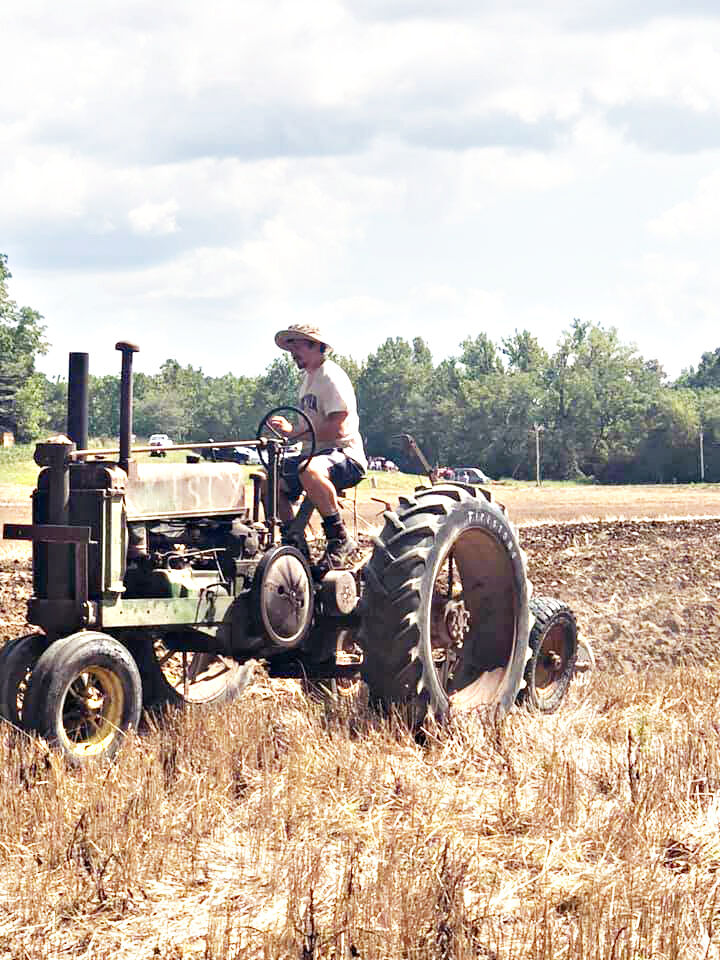 Photo by Cindy Abell taken of Kody Karr on Sept. 5 during a day of plowing on the DeLaporte Farm North of Monroe City. 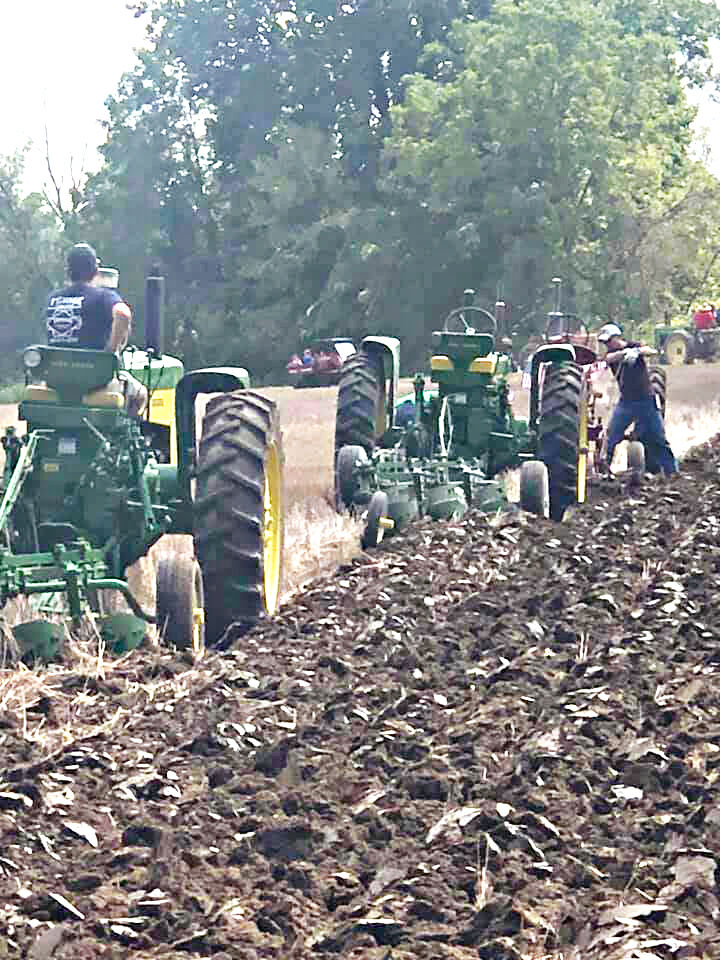 Turning dirt with antique tractors and plows turns out to be a fun filled day. 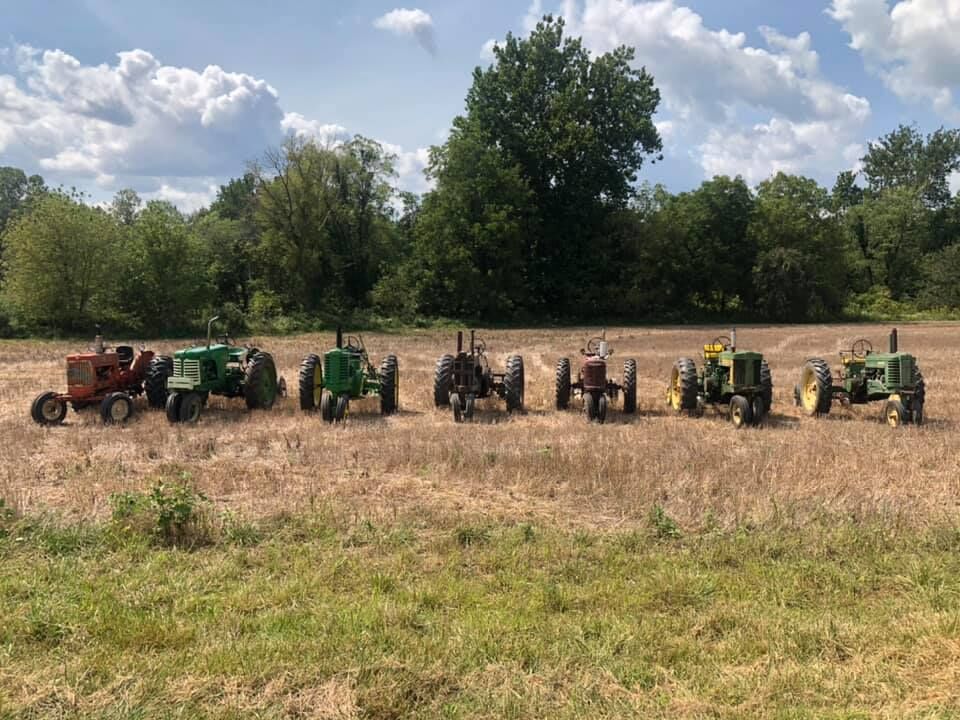 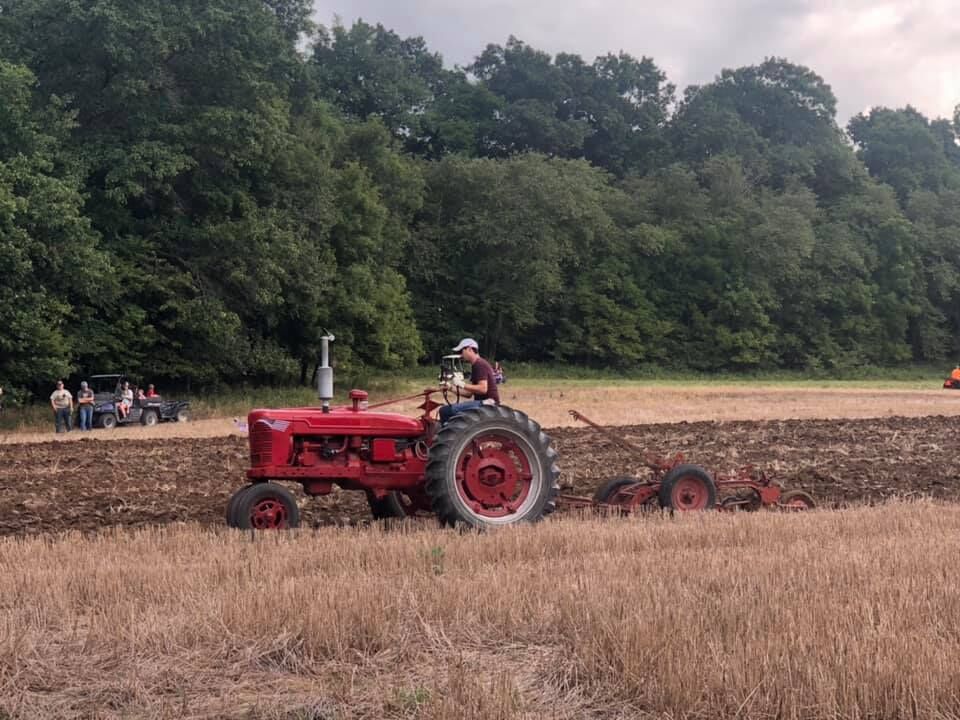 Farmers and tractor enthusiasts lay out lands and spend a day in the Sharpsberg area turning dirt and enjoyed a day on the farm reminiscing days gone by.

The family of Steve DeLaporte hosted the annual Plow Day on September 5, at 2 p.m., on the property of Don and Cindy Abell, near Sharpsburg Church. Tractors included models from John Deere, Farmall, Oliver and Allis Chalmers. Explaining the importance of Plow Day and of a person’s roots, DeLaporte explained, “Sometimes you just have to get Grandpa’s or Dad’s old tractor out and run it. It’s great to move forward in this life, but just remember where you came from.”

DeLaporte started the day with a few words about his dear friend, Raymond Karr, who he lost this year in March. DeLaporte stated, “He was instrumental in getting this event off the ground in 2017. This is something I am going to try and keep going,” adding, “Two of his tractors were there being operated by his family.”

There were multiple spectators who watched the days event, while enjoying fellowship with area farm families. Kent Wilson and Travis Shinn, of SNAFU BBQ, helped create an atmosphere of comfort with the smell of pork loin, chicken breast, hot dogs and corn on the cob to fill the air with a tasty aroma to satisfy the hunger for those in attendance. “Their presence really added to the event as people could enjoy something to eat as they watched the plowing,” said DeLaporte.

The afternoon gathering saw 18 tractors, which were ready to turn soil with the plow. Among the plows, most were considered antique, as they pulled the moldboards through the dirt, reminiscing to days of past farming techniques and teaching the younger generations the history of previous’ hard work put into the fields.