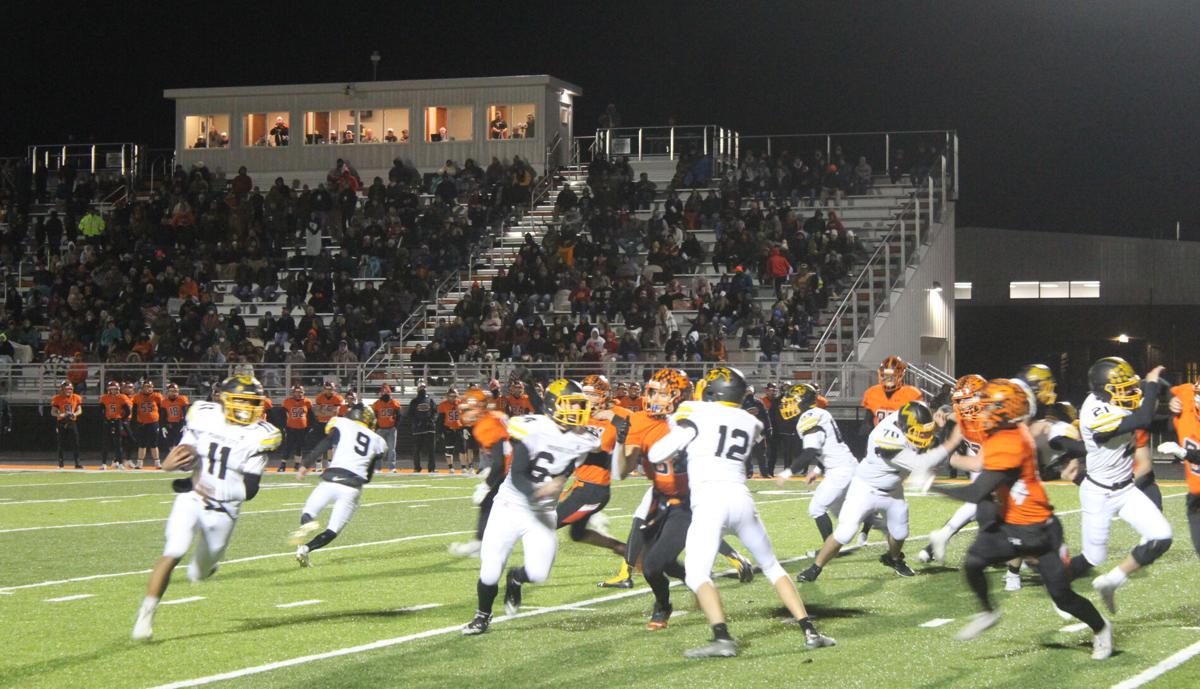 Running back Joshua Talton gains yards against Palmyra in District Final on November 13. 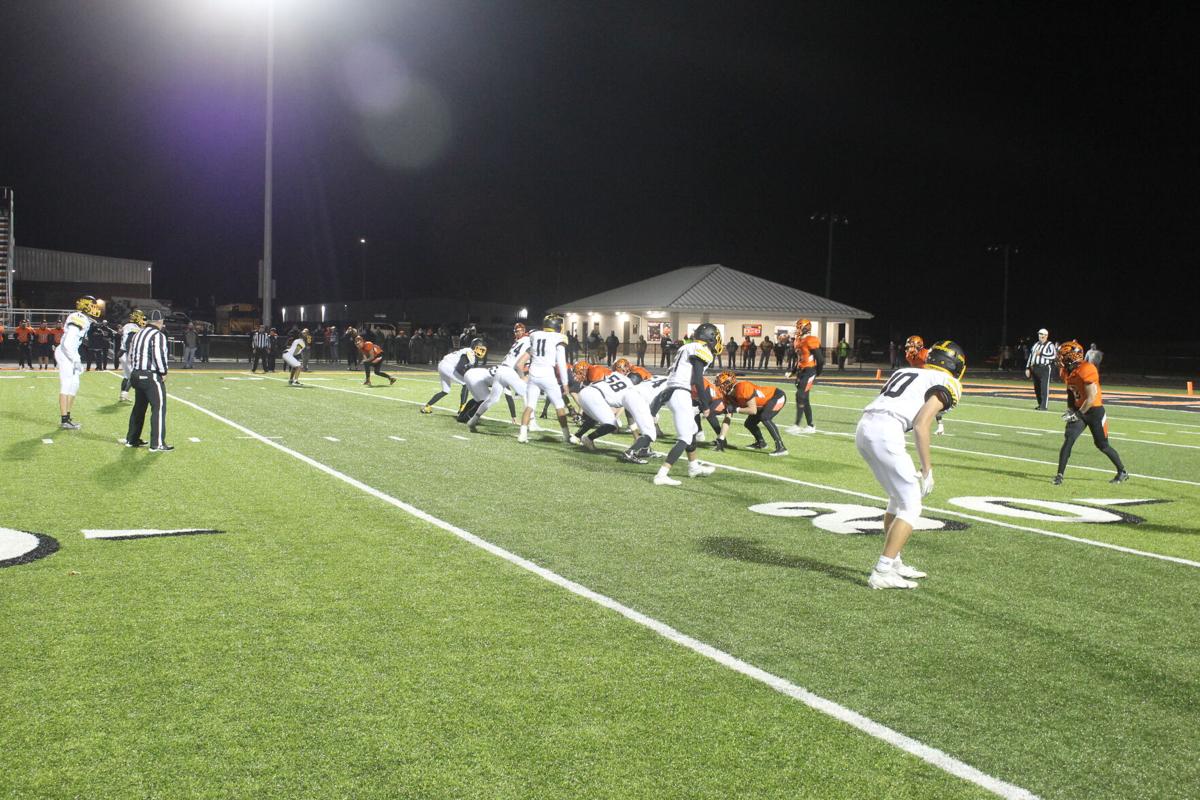 Panthers prepare to run an offensive play against Palmyra. 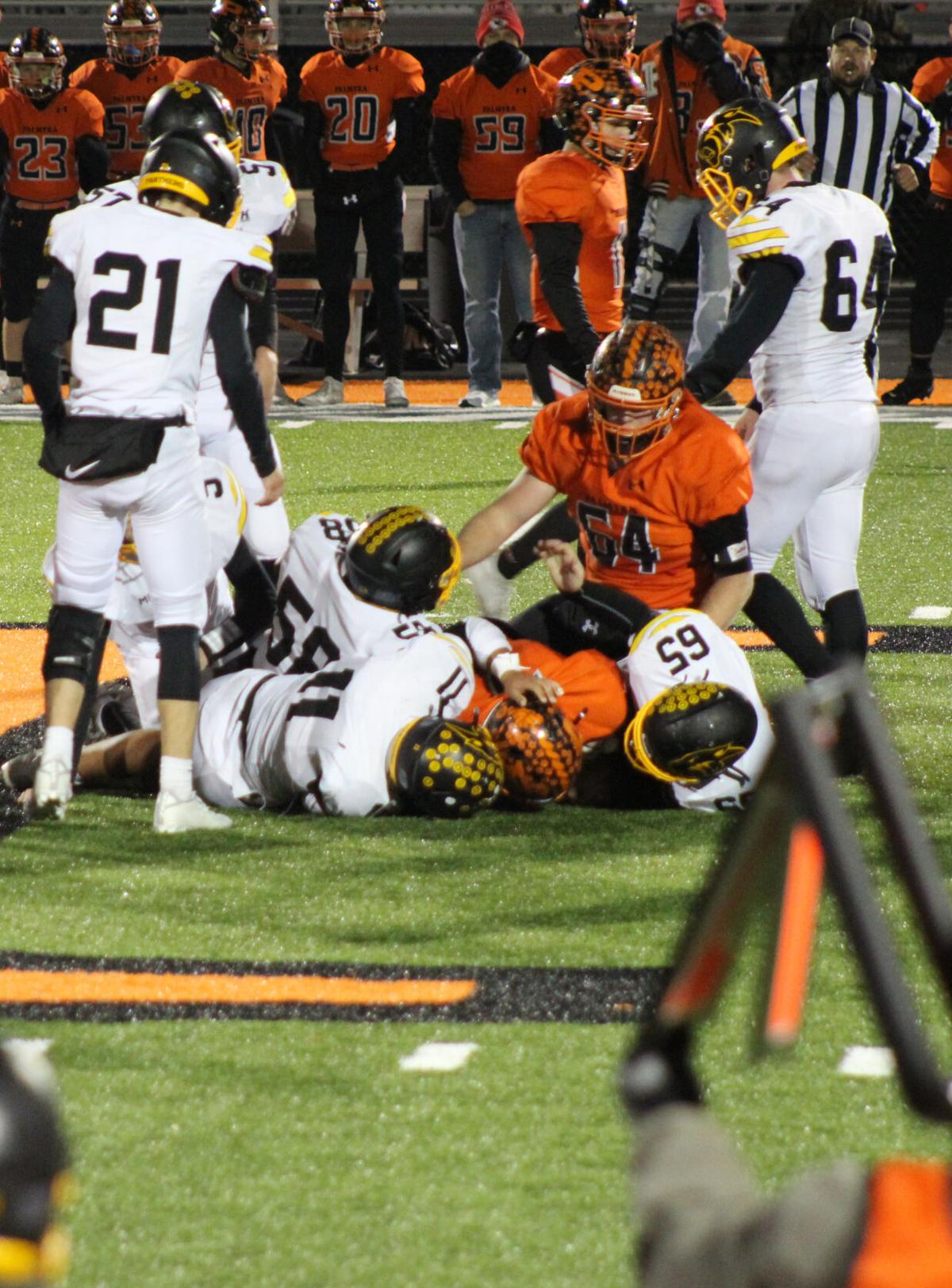 Stopping the ball from advancing down field creates a Panther pile-up with Logan Mitchell, Joshua Talton and Cecil Masterson defending.

The Monroe City Panthers traveled to Palmyra for the District Final on Friday, November 13. The cold weather didn’t stop the Panthers from turning up the heat on the field as they fought to the bitter end for advancement in the play-offs. Monroe City’s season would find the end of the road, falling to Palmyra 26-22.

Head Coach David Kirby shared, “I thought this group left everything they had on that field.  It was a hard-fought contest, but even in defeat, I am proud of how they played.”

The first quarter opened up with Monroe City finding the end zone quickly, as Joshua Talton gained yards to move the Panthers down the field. Ceaton Pennewell would make the first touchdown, followed by a 2-point conversion, putting the Panthers on the board 8-0.

It didn’t take long for Palmyra to rally back, making two more touchdowns and taking the lead with Waylon DeGrave blocking the extra point at halftime, Palmyra was leading 20-8, which would continue throughout the remainder of the game, despite Monroe City’s fight to stay in the game, never giving up.

In the fourth quarter, Logan Buhlig would find the end zone again, scoring two touchdowns in the game, bringing the score to 26-22 with 46 seconds in the game. Palmyra finished the with the win, advancing the State Quarterfinals.

The Panthers finished their season with an 8-3 record, with two of the losses being to an undefeated Palmyra team. Coach Kirby stated, “The season was a successful one.  We were able to play a full season and put ourselves in a position to compete for a District title.  The kids gave every ounce of themselves and have nothing to be ashamed of.”