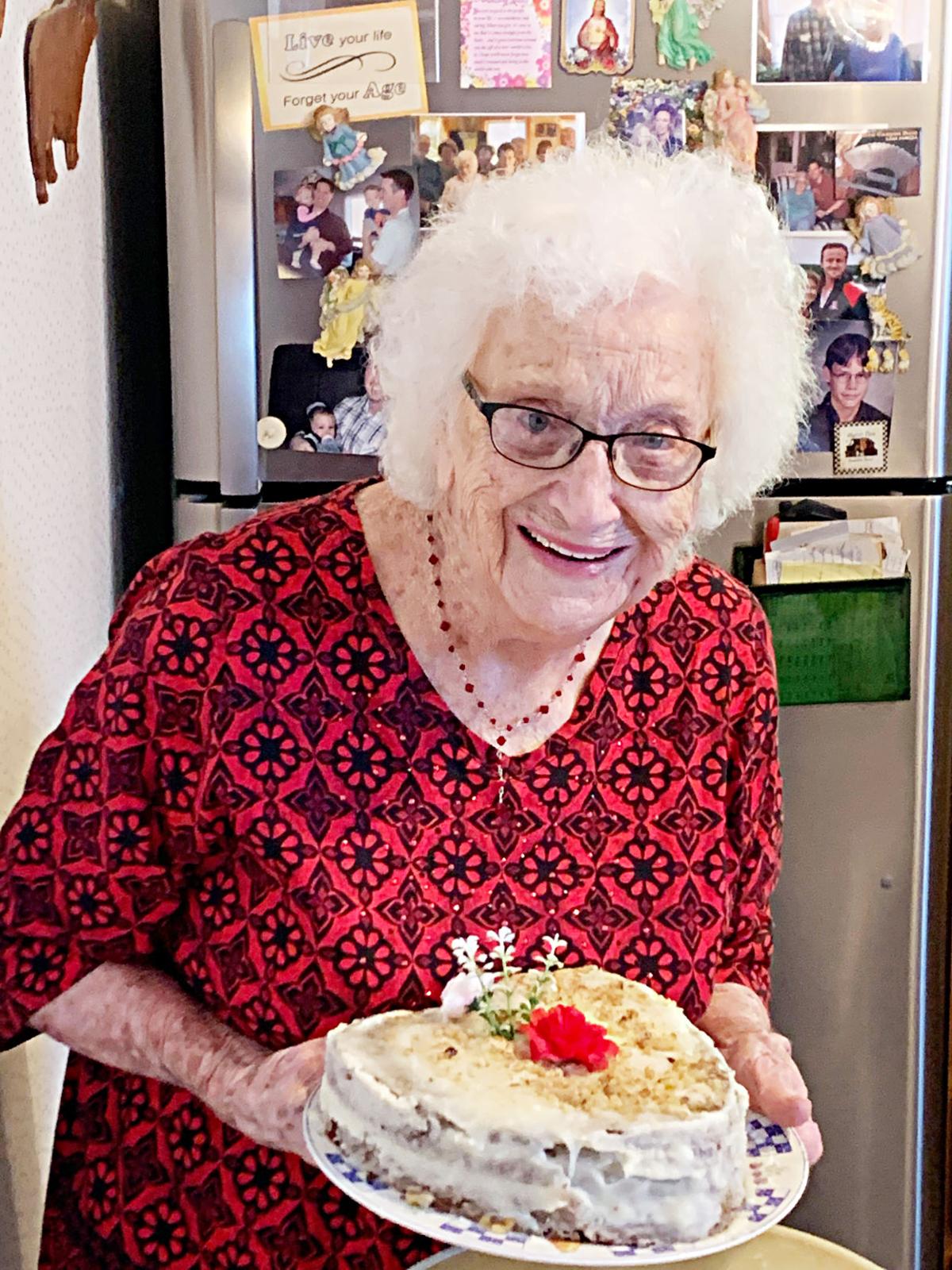 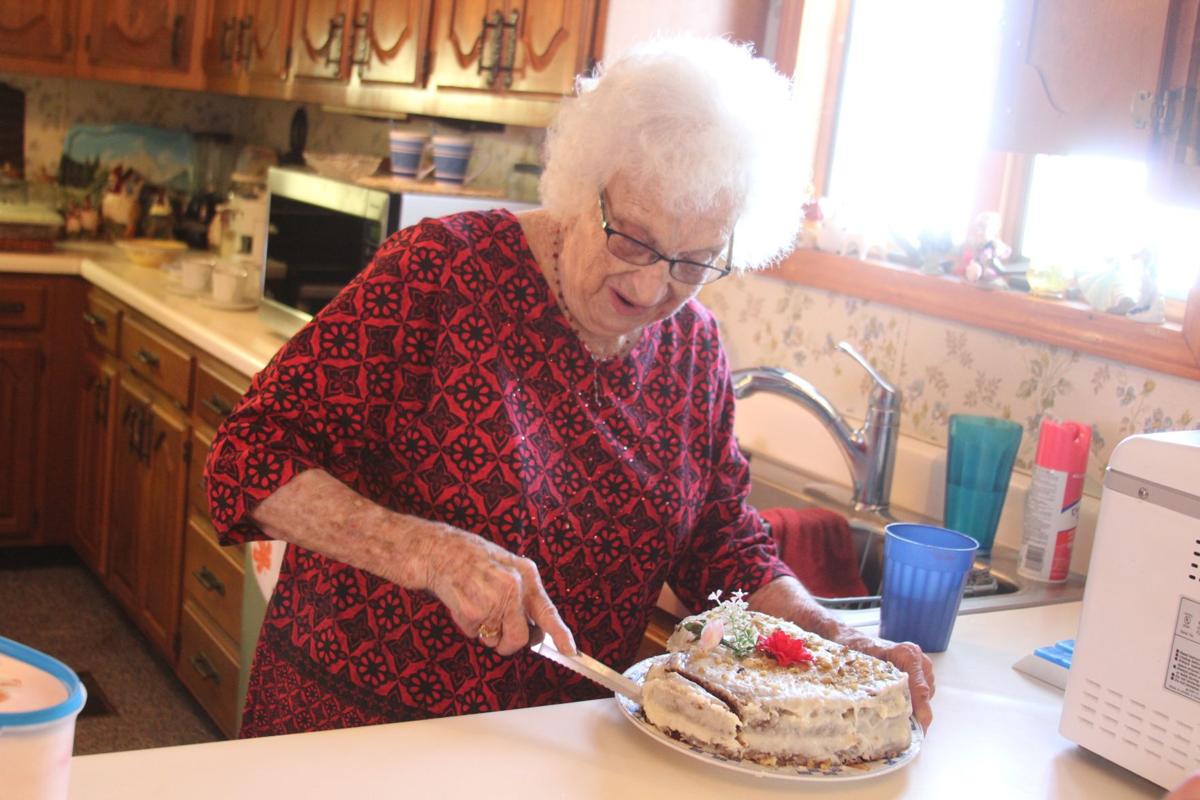 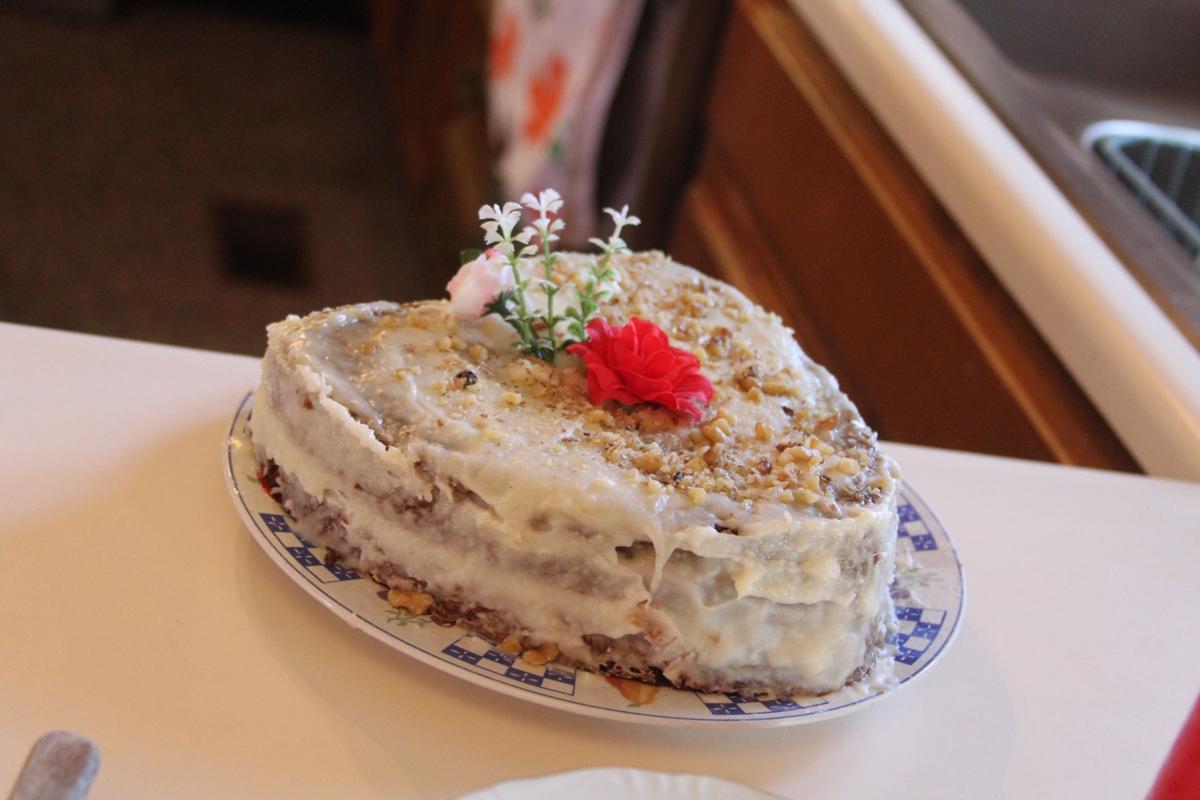 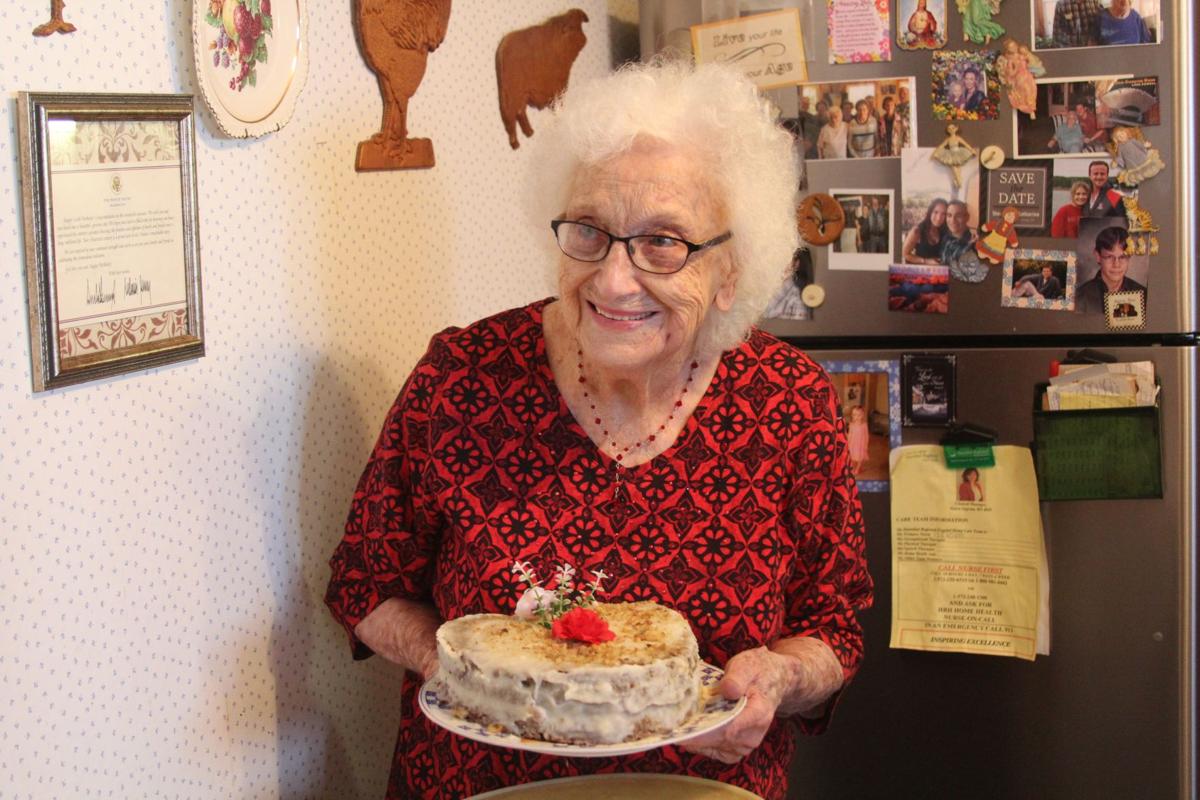 Veronica O'Connor, 100 years old, stands with her Valentine's Day Cake. She has baked a cake every year for the last eight decades.

O’Connor shared her memory of true love which started back in 1937. O’Connor stated, “I was just a sixteen year old, who loved to dance. At the time, we had a man by the name of Mr. Gibbs who ran a dance hall in the little village of Stoutsville. I was dating a nice guy at the time, when we went to the dance on this July evening. I always danced with all the guys when they asked me to dance.”

It was at this dance, in the middle of summer, O’Connor would meet the love of her life. She explained, “A tall, dark haired young man with dark brown eyes walked up and asked me for a dance. His name was Fred O’Connor. We danced several dances together that evening and by the end of the dance, he had asked me for a date the following Saturday night.” O’Connor reminisces the evening stating, “I was smitten. I learned later he had told his mother ‘I think I found the girl I’ll marry tonight’.”

The two dated for the next two years and were married on December 2, 1939 at the St. Stephen’s Catholic Church in Swinkey. The couple started their married life on a farm, which was owned by her parents at the time. O’Connor stated, “He being a farm boy and me a farm girl, lead to farming 43 years together.”

Every year after the couple married, O’Connor shared the memory of baking a heart shaped cake for her husband and two boys instead of buying cards. She shared, their lives changed when Fred was diagnosed with cancer and given the prognosis of having only nine months to live, “maybe”. The couple left the farm and moved to town, slowing down their busy life but O’Connor shared, “Still there was no relief for him. I cared for him and we cherished every day we would have.”

Then came the morning of February 14, 1982, Valentine’s Day. O’Connor stated, “Every year during our marriage I’d always make a Valentine cake for us and our boys, Freddie, Joe and Teddy. But this day was different. Fred called me to bed, put his arms around me and kissed and kissed me. Nothing spoken, yet he and I both knew it would be our last Valentine’s together. That night as I sat by his bed, God Called him home.”

The next year came and O’Connor told her boys she couldn’t make the cake anymore. O’Connor explained, “Both the boys begged me saying ‘Yes mom, make it.” O’Connor did make the heart shaped cake and continues to do so each Valentine's Day. Now 100 years old, O'Connor baked a made from scratch pineapple cake with homemade cream cheese walnut icing to share with family and friends on Feb. 14.

It has been more than 30 years since O’Connor has lost her husband. She still remembers fondly her unending love story, stating, “Every day I think of that brown eyed boy who stole the heart of a young girl. I still bake a heart shaped decorated cake every year for my son, Ted and I and we remember all those past Valentine's Days' and my very special Valentine.”