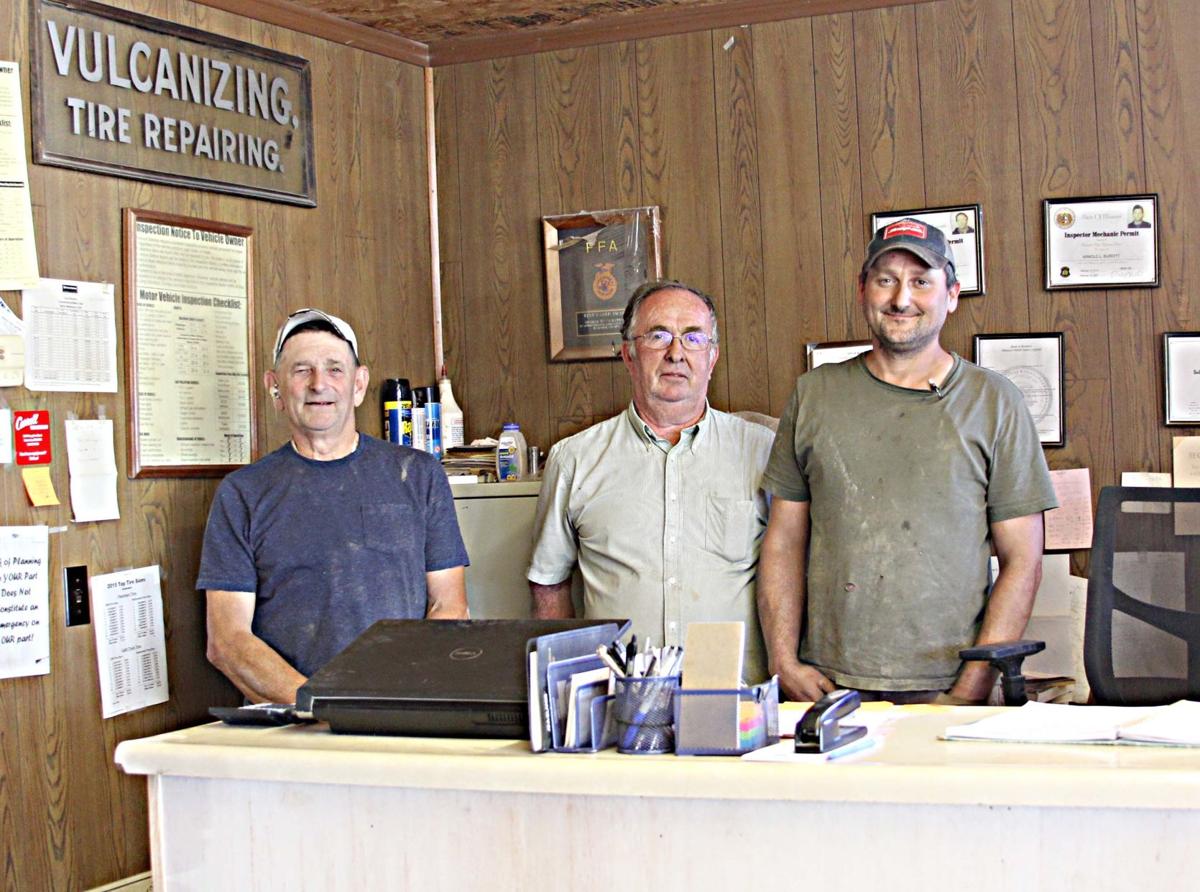 Arnold Burditt, Jerry Copenhaver and Jamie Rubison take a break from changing tires to visit about the changing of the guards at Monroe Tire & Battery. Rubison takes over as Panther Tire owner operator. 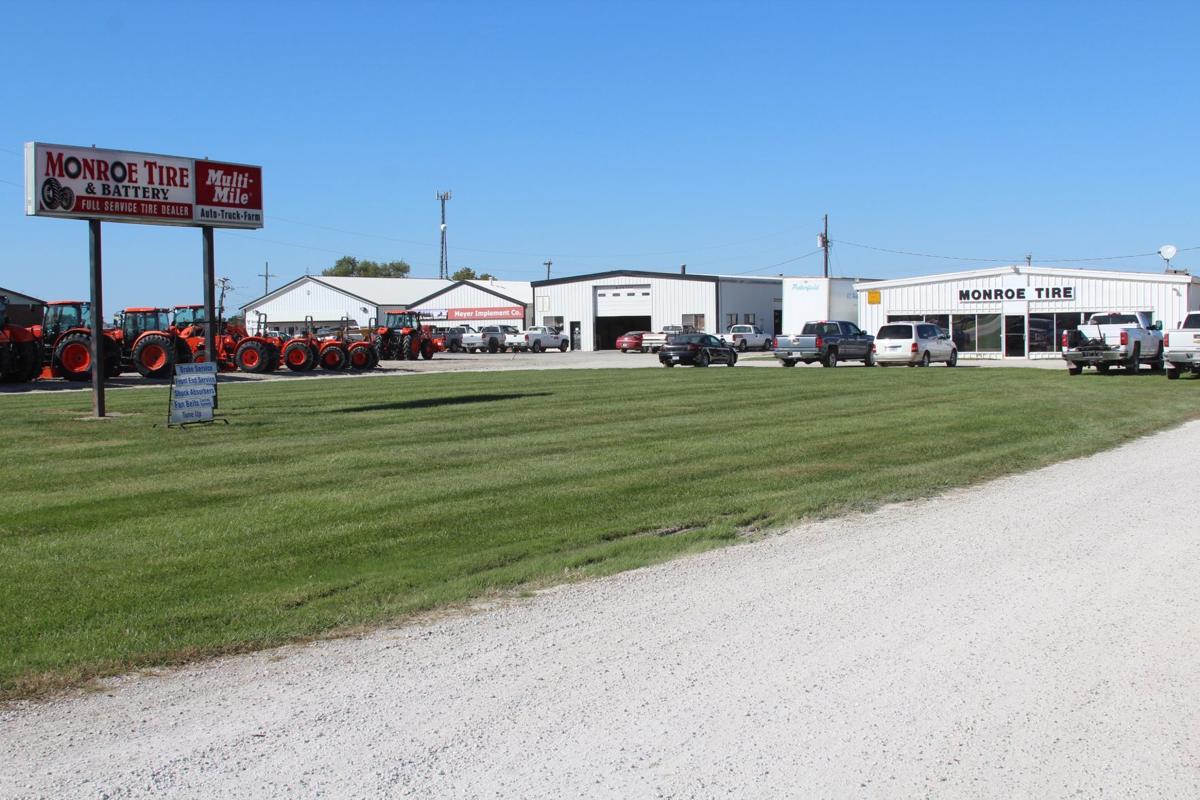 Monroe Tire and Battery opened their doors over 32 years ago on November 1, 1986. Owners, Jerry Copenhaver and Arnold Burditt, stated, “We seen a need in the community and decided to open the business.” Recently, the two long-term business owners decided to sell their lifetime commitment to employee Jamie Rubison, who has renamed the business Panther Tire. Customers described the long-term business as a staple in the community, a place where there is always trusted service with a great atmosphere, a place people can expect to have their tire needs met with reliable hands.

Customers stopping in can always count on some laughter while visiting. The local tire shop has often been a place for farmers and community members to stop in, visiting with others while getting work done or just stopping in to chew the cud of the local happenings. Although times have changed, one thing still remains the at Monroe Tire and Battery, hometown service with hometown hospitality.

At the time of opening, Dowell’s Service Station, owned by Sonny Dowell, was closing his shop. Copenhaver and Burditt knew farmers and community members would need a place to get their tires worked on. The two operated the business trying to do their best to help everyone throughout all its years, adding, “The service business can be hard, but we have enjoyed most all of it throughout the years.”

Copenhaver shared, “Thirty years ago there was no cable, no bottled water and people didn’t worry about insurance as much. I don’t believe people realize how demanding they have become.” There have been many changes over the years, including tire sizes. Burditt explained, “The choices of tires are huge. There are over 700 sizes of car and truck tires. No way to have them all.”

Today the business holds filing cabinets of donations made to customers over the years, as they operated their business on trust, stating, “We did our part, small town businesses are the only place people are allowed to charge anymore,” adding, “We got some of the best customers in the world.”

Burditt shared the reasoning for selling the business, stating, “Over the years we have had several customers, and their children as customers, followed by their grandchildren. Now, we have third generations of customers coming in and we decided it’s just time for us to sell.” Although the two don’t plan on going anywhere any time soon. Customers can still expect to see both Copenhaver and Burditt at work, as both plan to remain working. The business has been like a second home to both of them. Copenhaver smiling, stated, “I’m a workaholic.”

Burditt explained Rubison had approached them about purchasing the business seven years ago. Burditt stated, “Jamie had heard through the grapevine we were wanting to sell the business.” Burditt and Copenhaver discussed the proposition even though selling was not something they were looking for and decided to hire Rubison knowing someday the time would come. The time did come, as Rubison took over the business in August. Copenhaver shared, “He hopes customers will give Jamie the same support they have given us. We hope he has as much fun in the next 30 years as we have had in the last 30 years.”