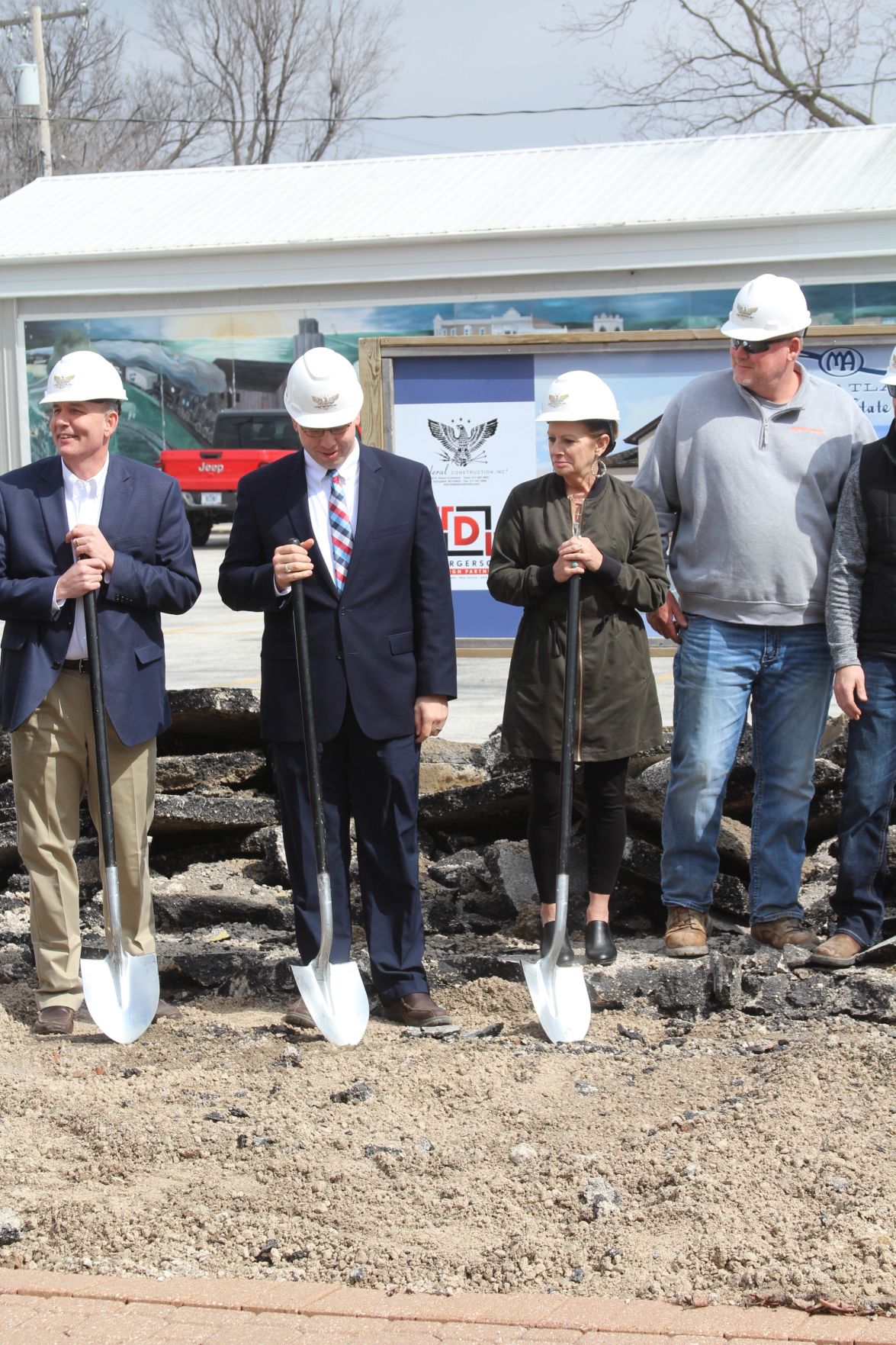 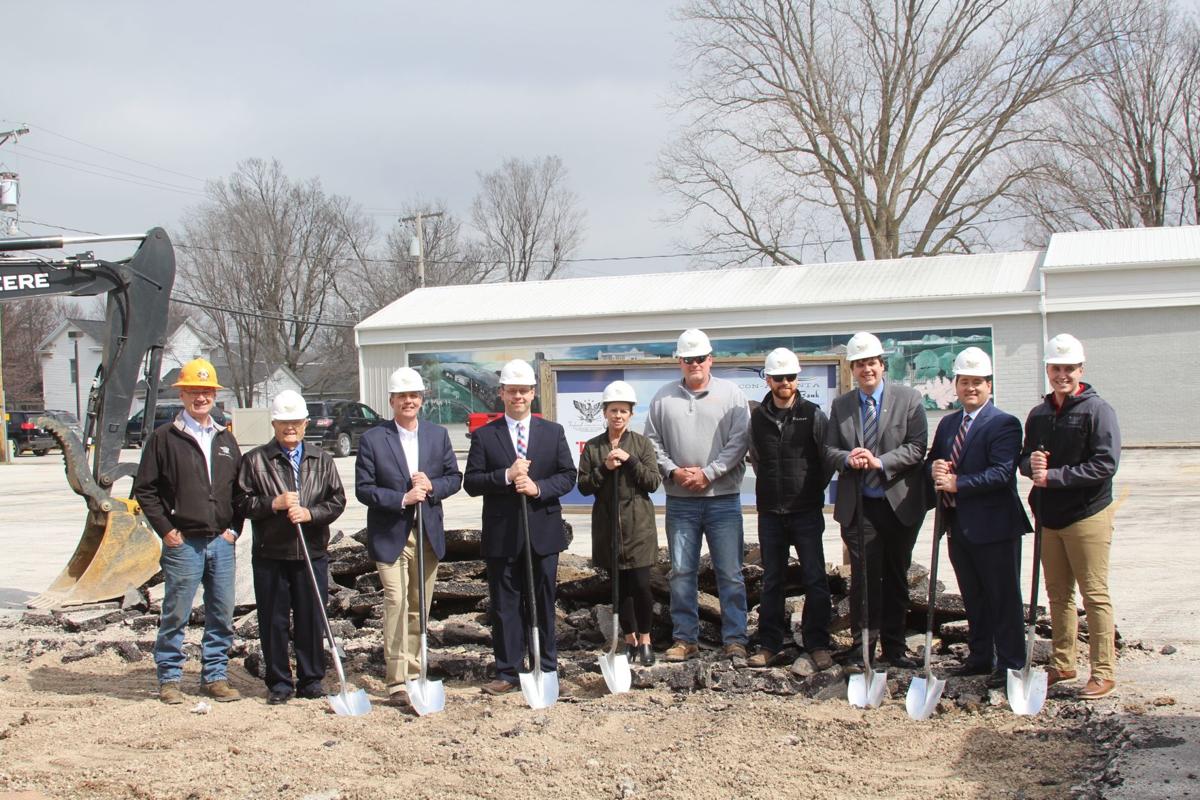 Macon-Atlanta Bank employees along with Federal Construction, of Springfield, along with President/CEO Rusty Neil, of Macon-Atlanta State Bank, take part in a ground-breaking ceremony held on March 12. 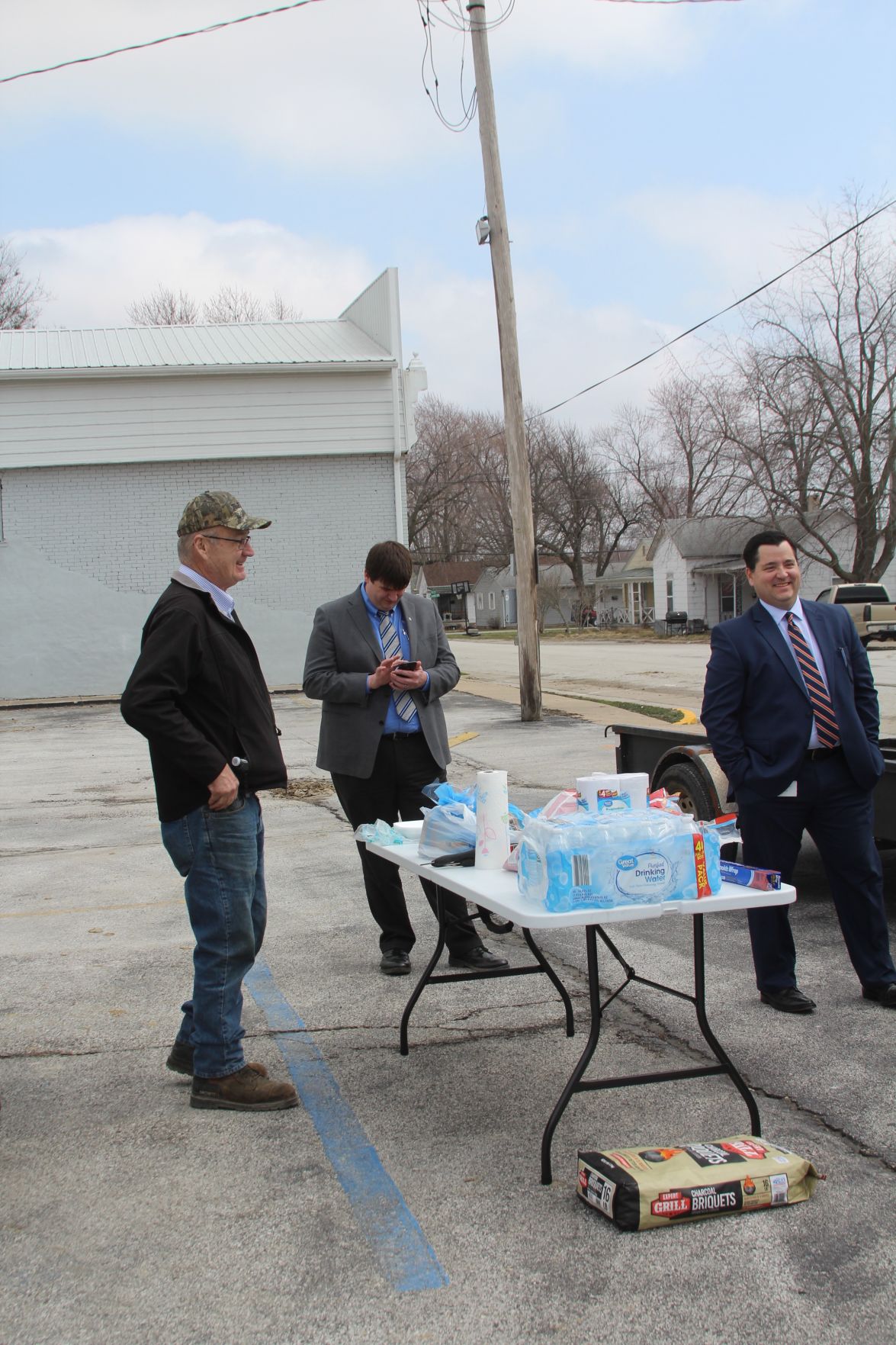 Macon-Atlanta Bank employees, of Monroe City, grabbed a hard hat and shovel to partake in a ground-breaking ceremony held on March 12. Federal Construction, of Springfield, along with President/CEO Rusty Neil, of Macon-Atlanta State Bank and several employees gathered together to celebrate the new building and plans to begin moving forward.

Neil, stated, “If all goes according as planned and considering the weather corporates, we hope to start work as early as next week.”

Earlier this year, the Board of Directors and employees of Macon-Atlanta State Bank announced the construction of a new branch building to be built in downtown Monroe City.  This newly constructed branch will be located across main street from the current branch location. Neil, shared, “There are no plans for the old building as of yet. We have one person interested in the property at this time, but nothing set in stone as for the future of the old bank.”