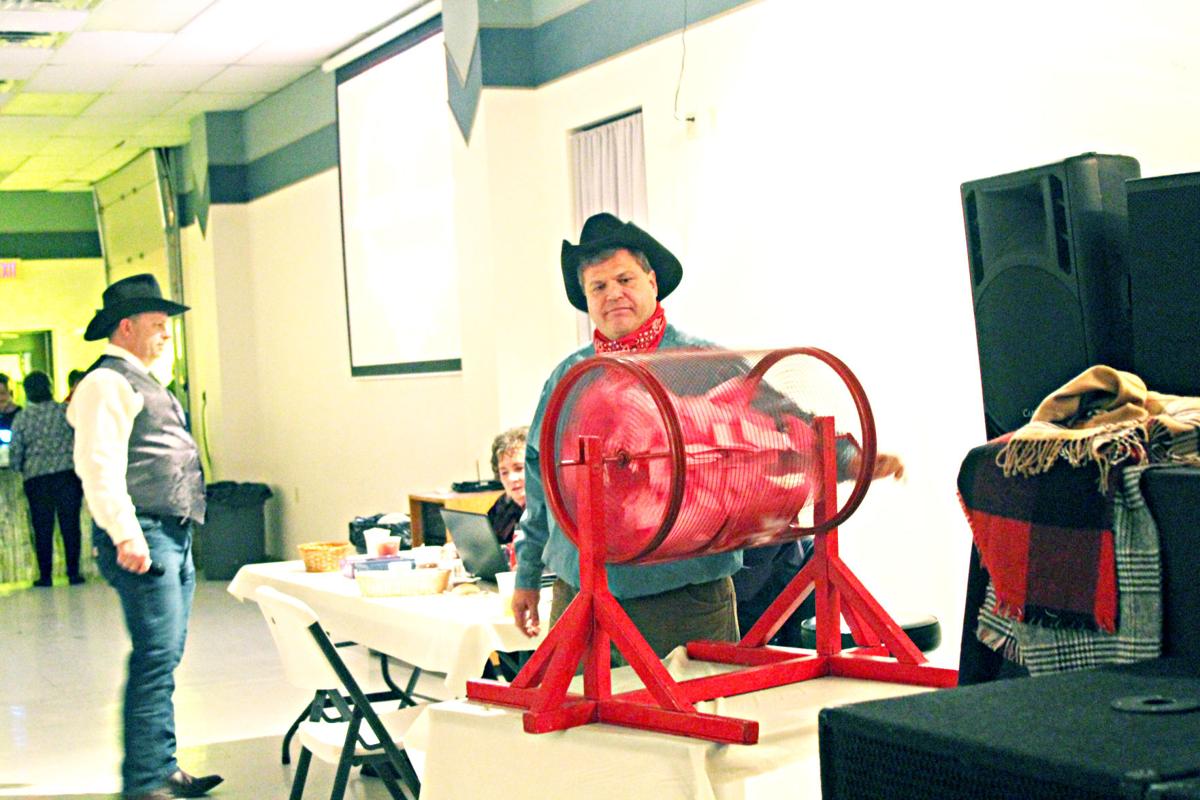 Father Greg Oligschlaeger is ready for the Wild Wild West at the Lucky Hearts Banquet on Saturday evening  at the Knights of Columbus Hall. 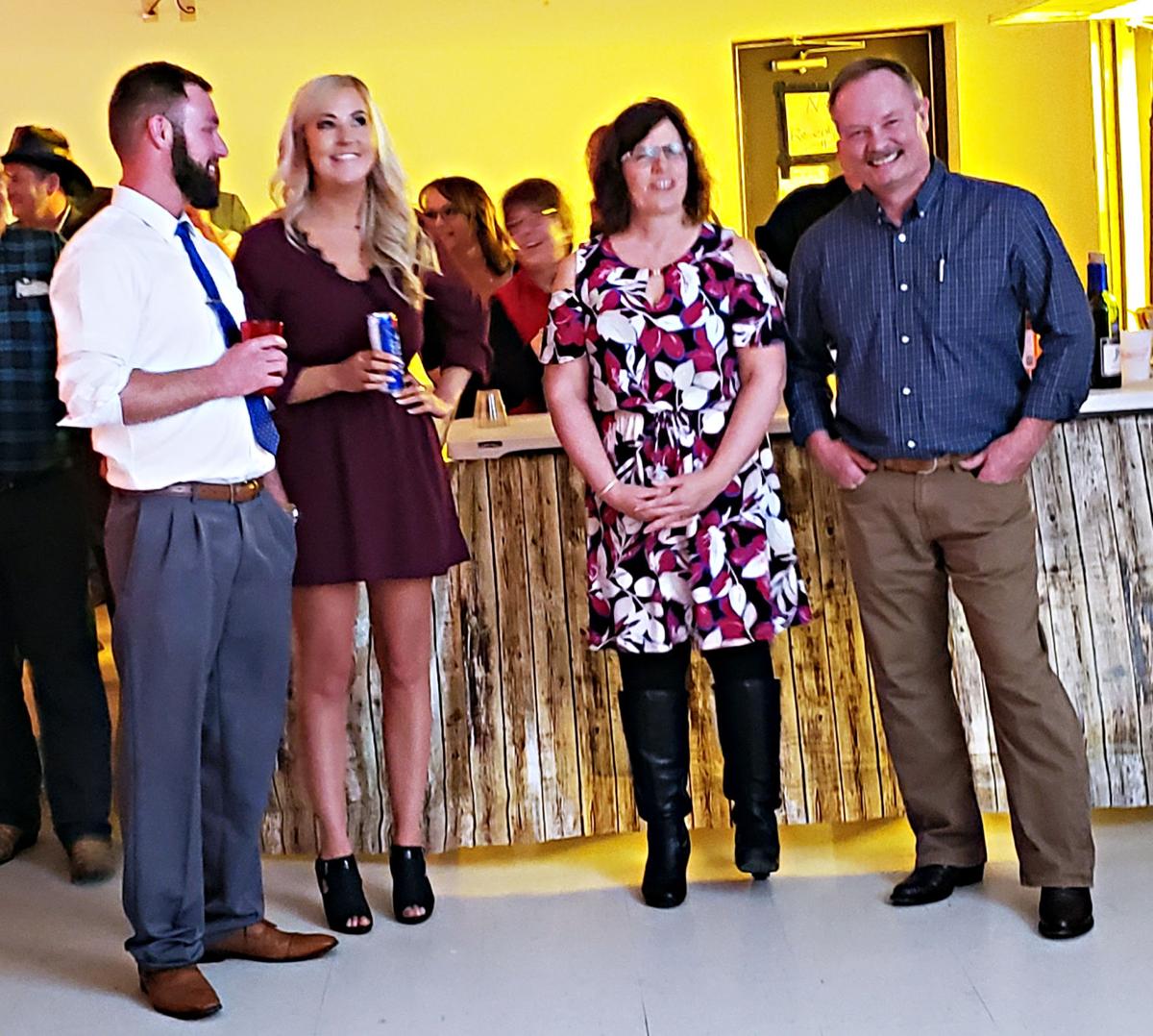 Kyle Buckman and his friend Brie along with Michelle and David Wilson were the lucky winners of the highest prize that was given at the annual Holy Rosary Lucky Hearts Banquet.

Saturday, Feb. 8, marked the eighteenth annual Lucky Hearts Banquet. Couples in the area enjoyed a nice evening of food, dancing and fun. The theme this year was ‘Wild Wild West’ with a western theme. The tables were decorated with burlap and lace table runners, along with centerpieces of simple white flowers and lights. A picture booth was available for couples to grab selfies with props supporting this year’s theme.

The Holy Rosary PTO fundraiser hosts the popular date night each year.  The event took place at the Knights of Columbus Hall, as it has in all the years past. There were 300 tickets available which were all sold at this year’s event, mirroring the popularity of previous years.

With the purchase of the couple’s ticket, a prime rib dinner was served by PTO Volunteers. The prime rib was prepared by the Ritter Brothers. The ticket put the couple in a drawing at a chance to win money prizes throughout the night of ranging from $150, $200, $250, $300, $500 and $1000 with the last drawing being for the grand prize of $10,000. A 50\50 drawing was also available for those who wanted to participate and tickets could be bought for three jackpot winners to get another chance into the drawing for the money prizes. Another chance at a $1,000 was given if guests wanted to purchase a ticket to enter their table.

The evening was started off with a social hour from 6 – 7 p.m. Promptly at 7 p.m. the first ticket was drawn for $500.  After the meal was served, then the tickets were drawn for the prizes. Mayor John Long was MC and DJ for the night of fun.

Excitement filled the air as the winner’s names were drawn and awarded the cash prizes. Each one receiving prizes and eliminating people as tickets were drawn up to the last two, for the Grand Prize drawing finale.

After the drawing was concluded the dance began with couples enjoying a night of “getting down” on the dance floor for a “heehaw” good time.