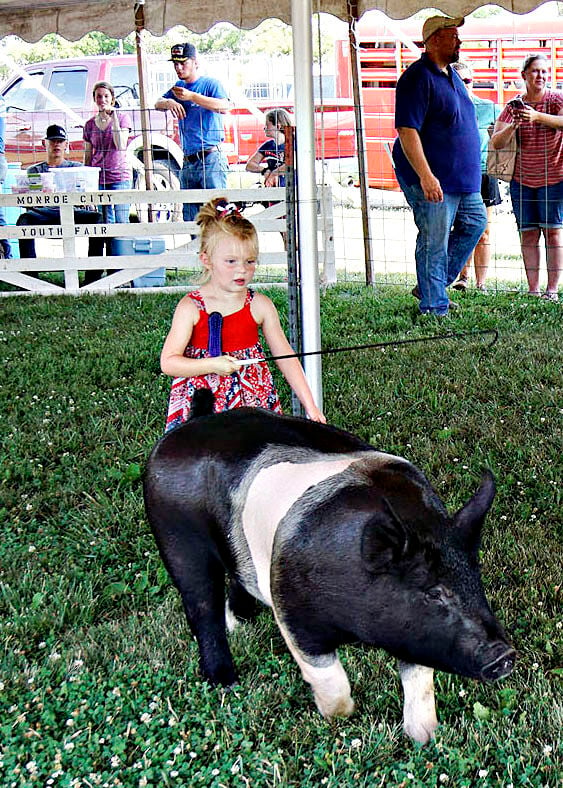 Aaralynn Willard, daughter of  Amy and Richard Willard shows during the Pee Wee exhibit at the Monroe City Youth Fair on Tuesday, July 14. 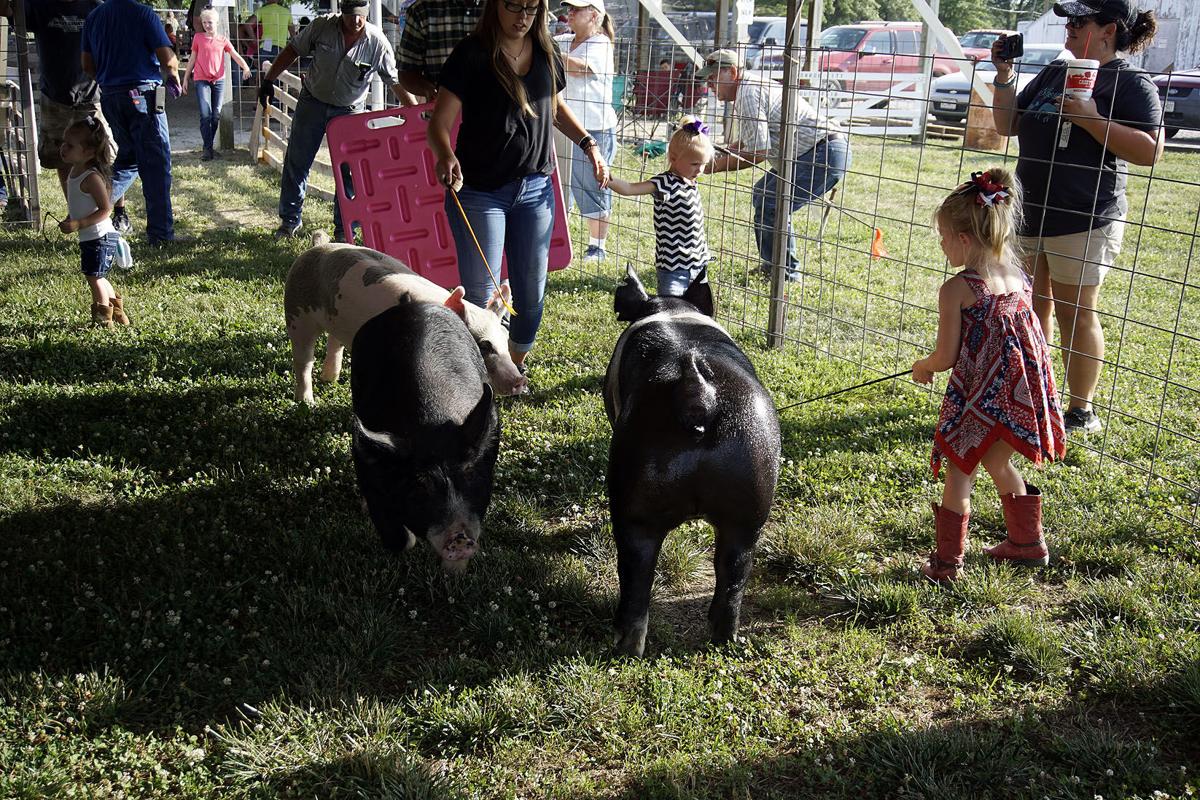 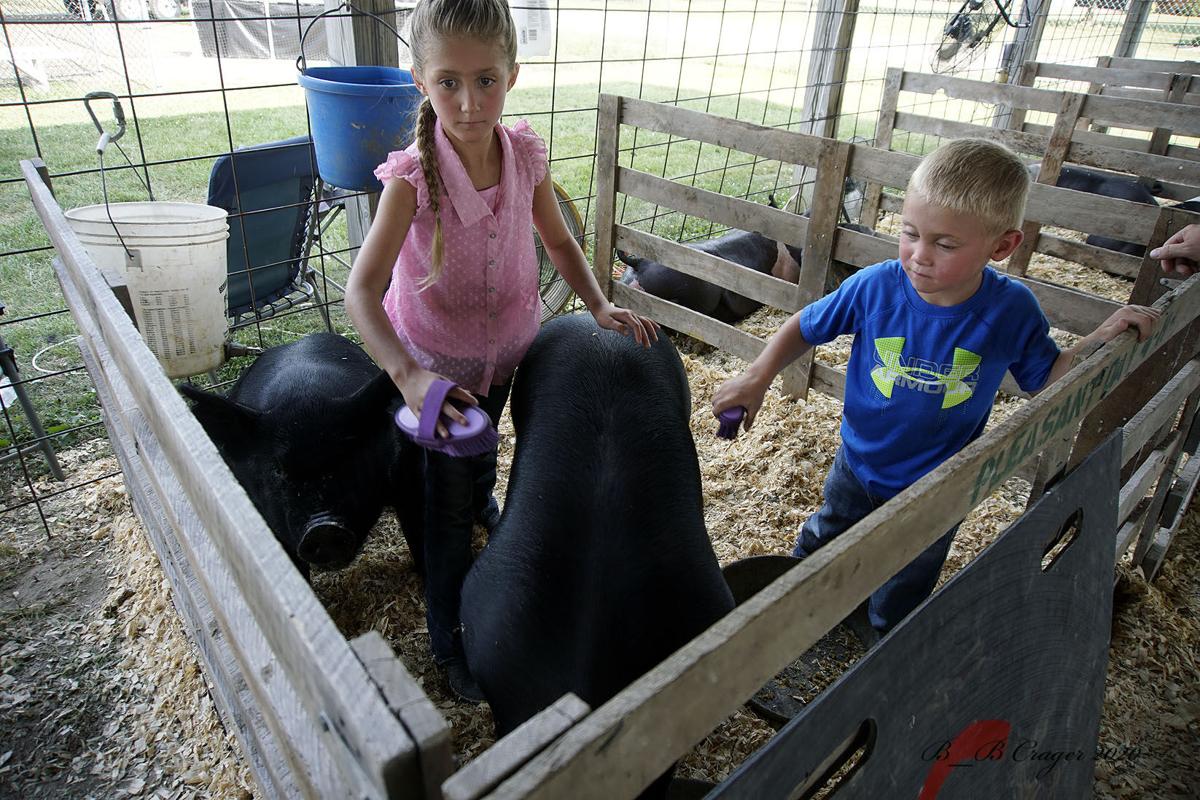 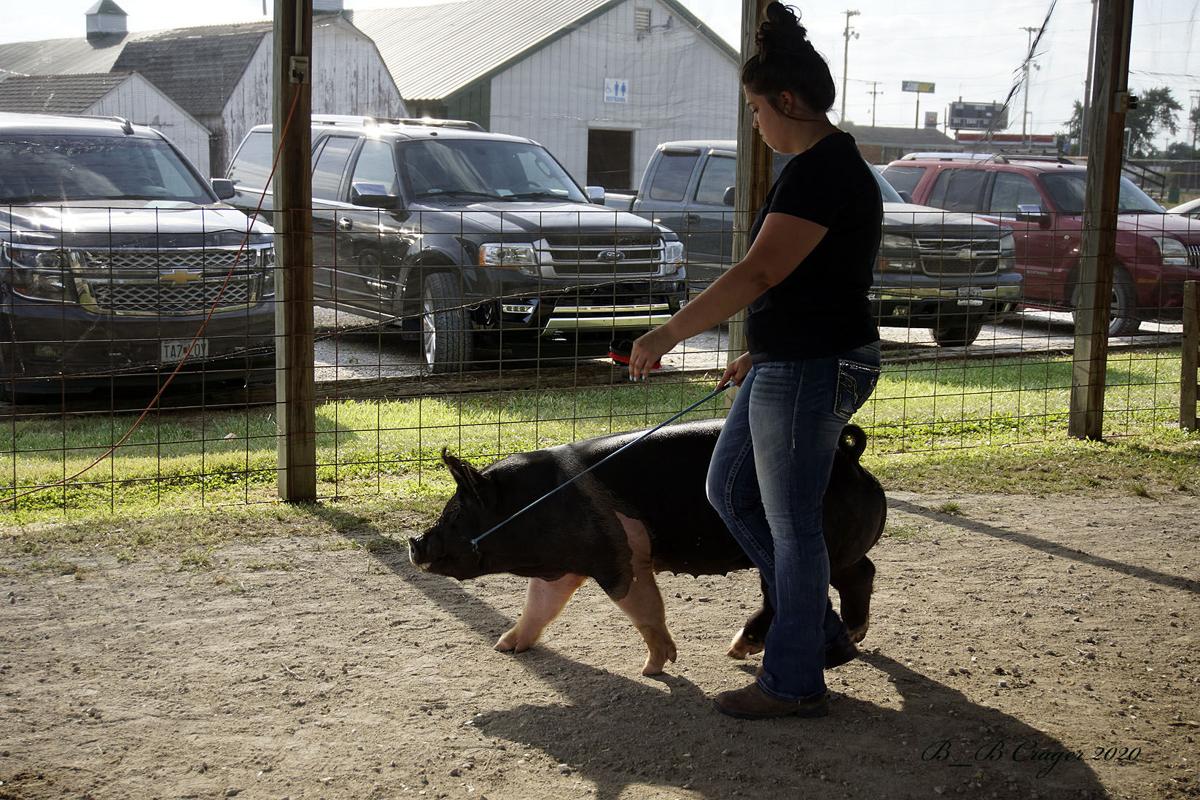 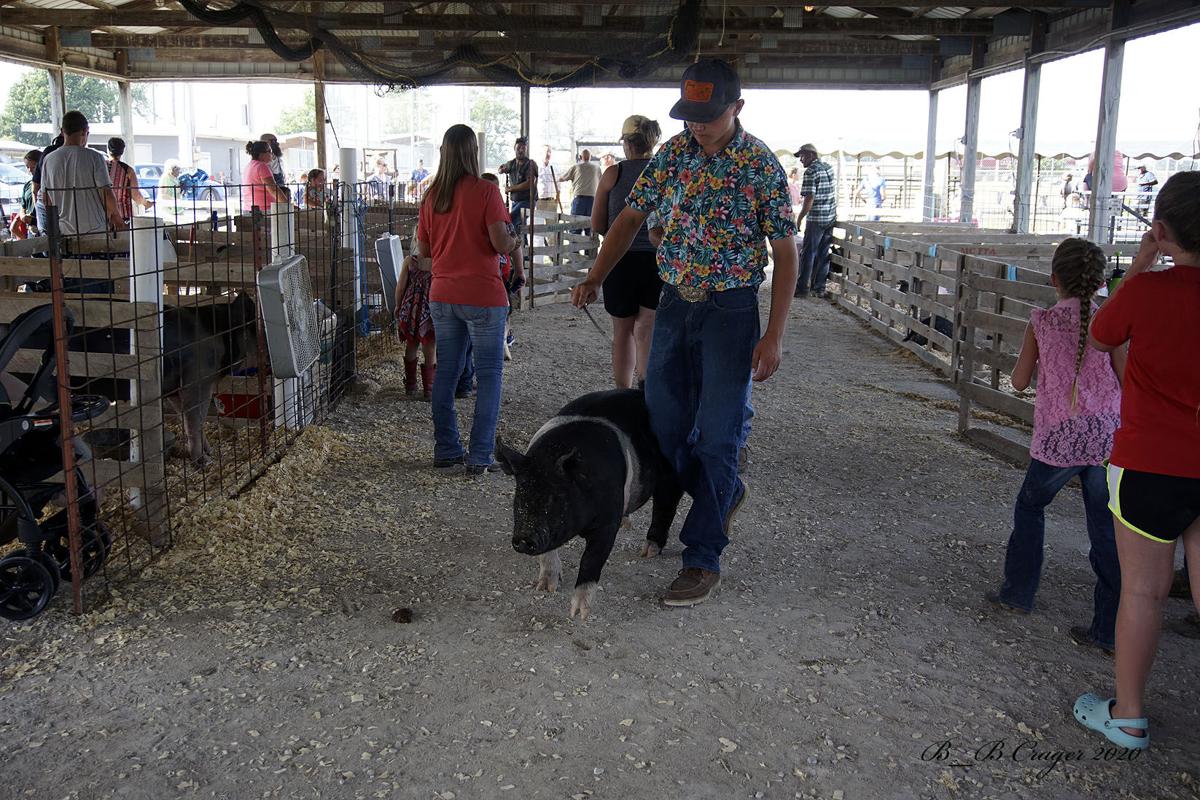 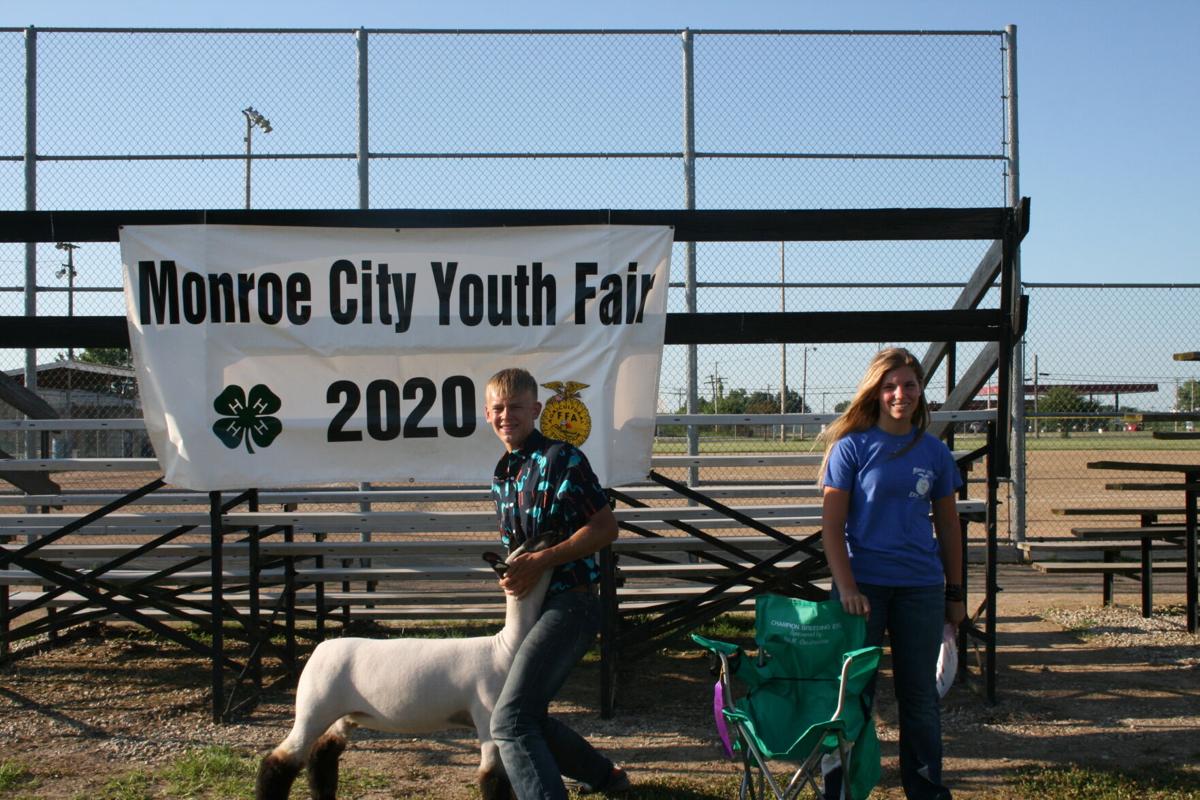 Each night, at the beginning of each show, a Pee Wee show was held for youngsters to exhibit livestock. Each Pee Wee, ranging in ages of three to seven were awarded BB’s Bucks for their efforts in the show ring there were a total of 30 youngsters across the three days.

On Monday, the fair kicked off with goat and sheep exhibitors.

The Swine show was held Tuesday evening. The Swine show hosted 26 exhibitors. Results were as follows: Marlena Long of the Paris FFA won Grand Champion Boar, sponsored by C&R Markets. Overall Grand Champion Gilt, sponsored by the Danny Hulse family, went to Maggie Cummins of the Paris FFA. Reserve Champion Gilt, sponsored by the Gene Ketsenburg Family, went to Marlena Long. There were five classes of market hogs with 38 entries. Winners of the classes respectively were Lisa Gabel with a 204lb. hog, Thomas E. Hulse of Stone 4-H with a 230 lb. hog, Kaylee Smith of North Shelby FFA with a 237 lb. hog, Aly Francis of Paris FFA with a 254 lb. hog, and Tucker Willard of Stone 4-H with a 312 lb. hog.