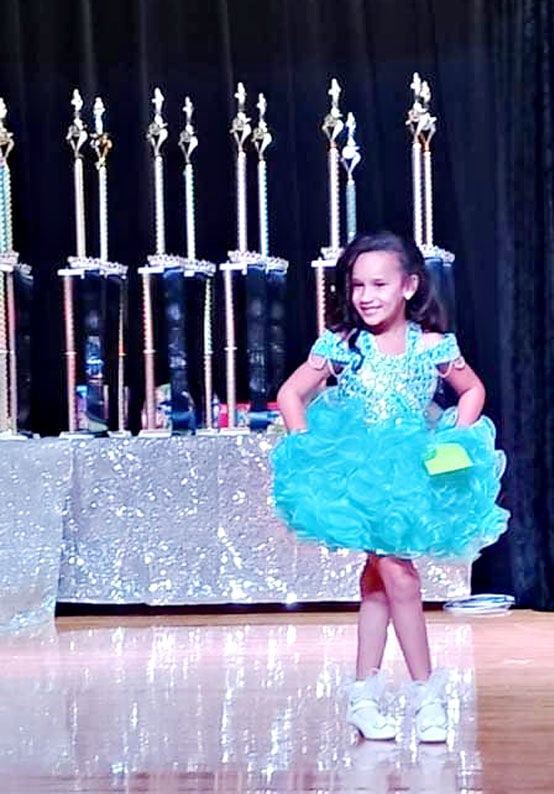 Dallas competes in Moberly at the America’s Best Pageant. 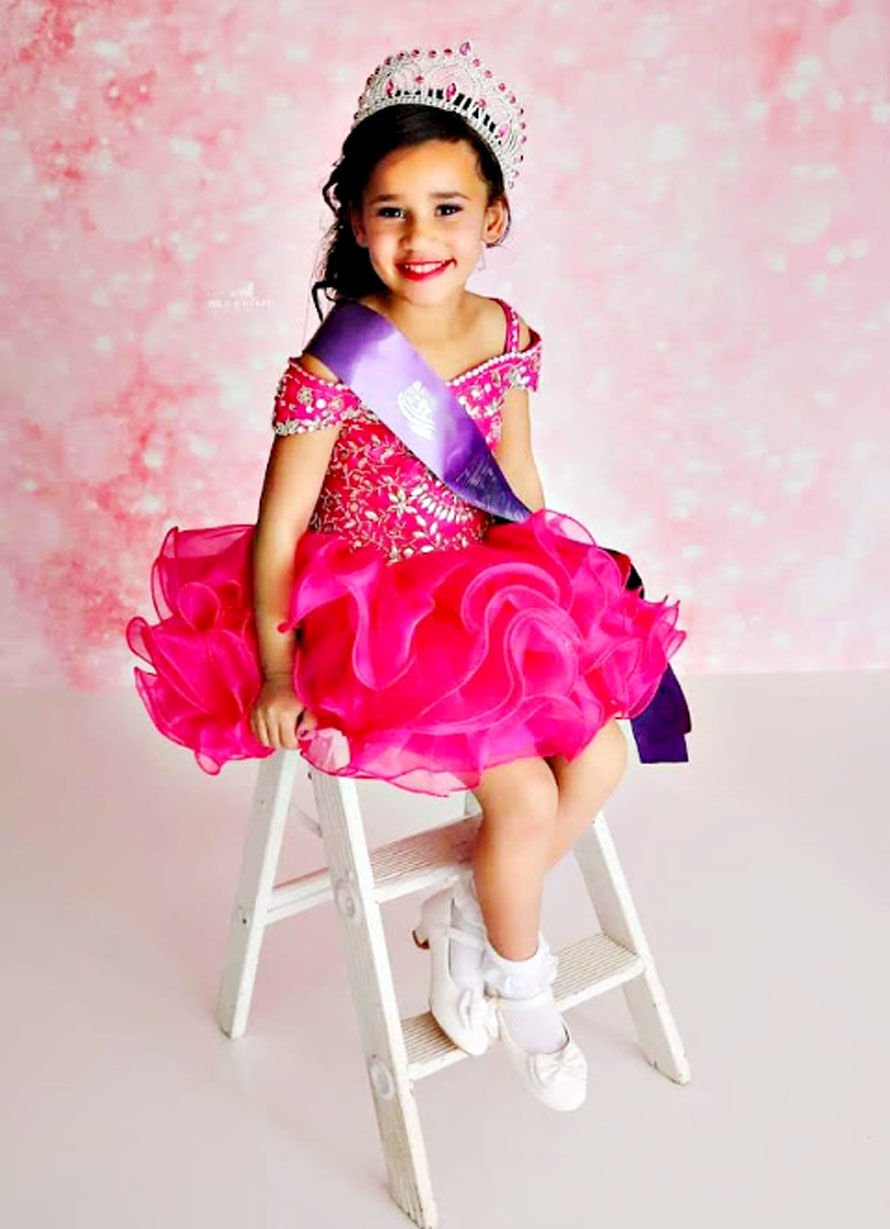 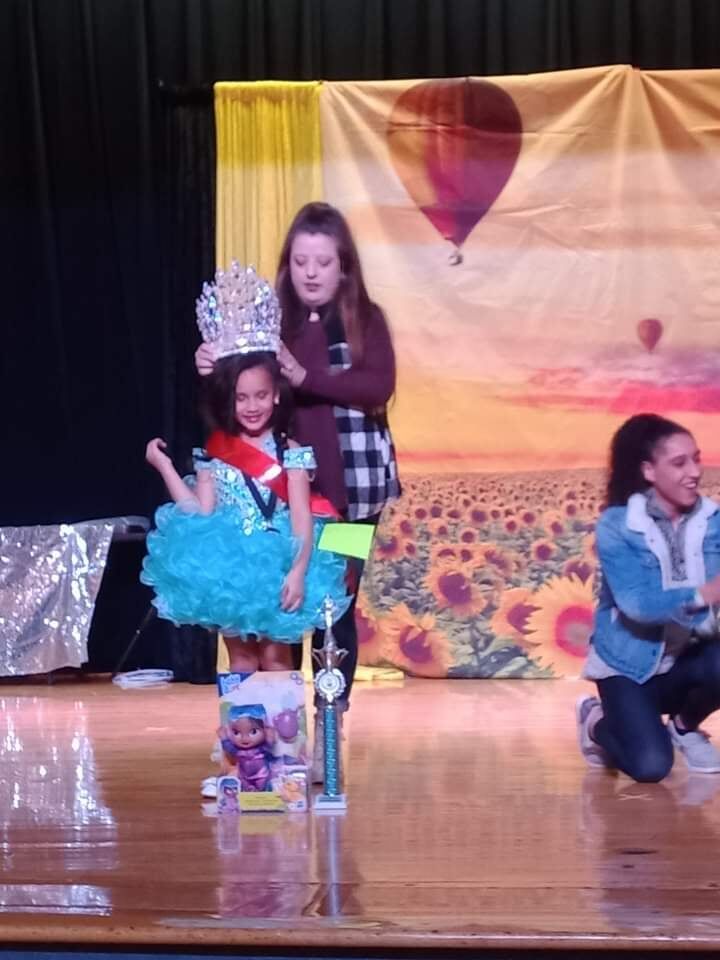 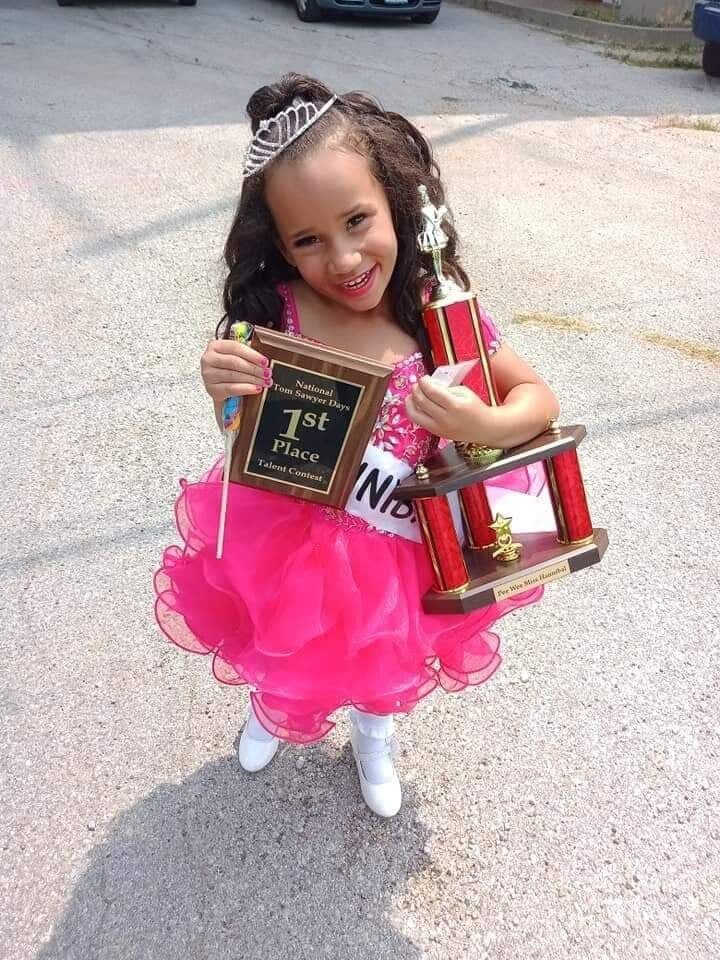 Dallas Camille holds her trophies, smiling with excitement as her collection continues to grow.

Dallas Camille Griggs, of Monroe City, has quite a bit of shiny gems, which have started to add up in her collection of crowns and sashes. Dallas Camille is a 5-year-old kindergartner at Monroe City R-1, who loves to compete in Pageants and competitions. Most recently, on November 13, she took titles in Moberly at the America’s Best Pageant, winning the Ultimate Grand Supreme and Little Miss Northeast Missouri titles.

She started pageantry by competing in baby shows since she was one month old. At her first baby show she won First place and she’s been collecting trophies ever since. She entered the pageant world at 3 years old. “Winning crowns and trophies and looking pretty is fun,” stated Dallas Camille with a smile, as she explained her love for competing.

Dallas Camille is the daughter of Dylan and Libby Griggs. The granddaughter of Camille Murphy and Bob and Angie Griggs. And Special Granddaughter of Cindy Foster, Sheila Goodwin, and Grandma Phyllis Foster.

Dallas Camille and Libby both know this success would not be possible alone and continue to be thankful for her supportive team. The team is made up of several local community members including her pageant coach, Jacki Thurman, and stylist team Hope Lewis and Shardae Murphy, along with her supportive family and fans cheering her on. Dallas has had a successful pageant career winning over 30 titles and crowns in her 2-year career.

Dallas Camille was unable to compete in her hometown’s pageant this year due to her family following quarantine during that time. Although she had to miss a chance a representing her own community, Dallas’s mom shared, “There is always next year.” Dallas Camille enjoys the confidence of taking the stage and showing off her routines. She loves winning trophies, crowns, and making friends from all over the United States. Most of all she loves to be pampered and looking pretty for the day.

Dallas ended her pageant season strong and will begin a new pageant season in Spring of 2022. Dallas Camille looks forward to her next pageant, describing her favorite part, she replied, “I like showing the judges my hair and makeup during the beauty part of the