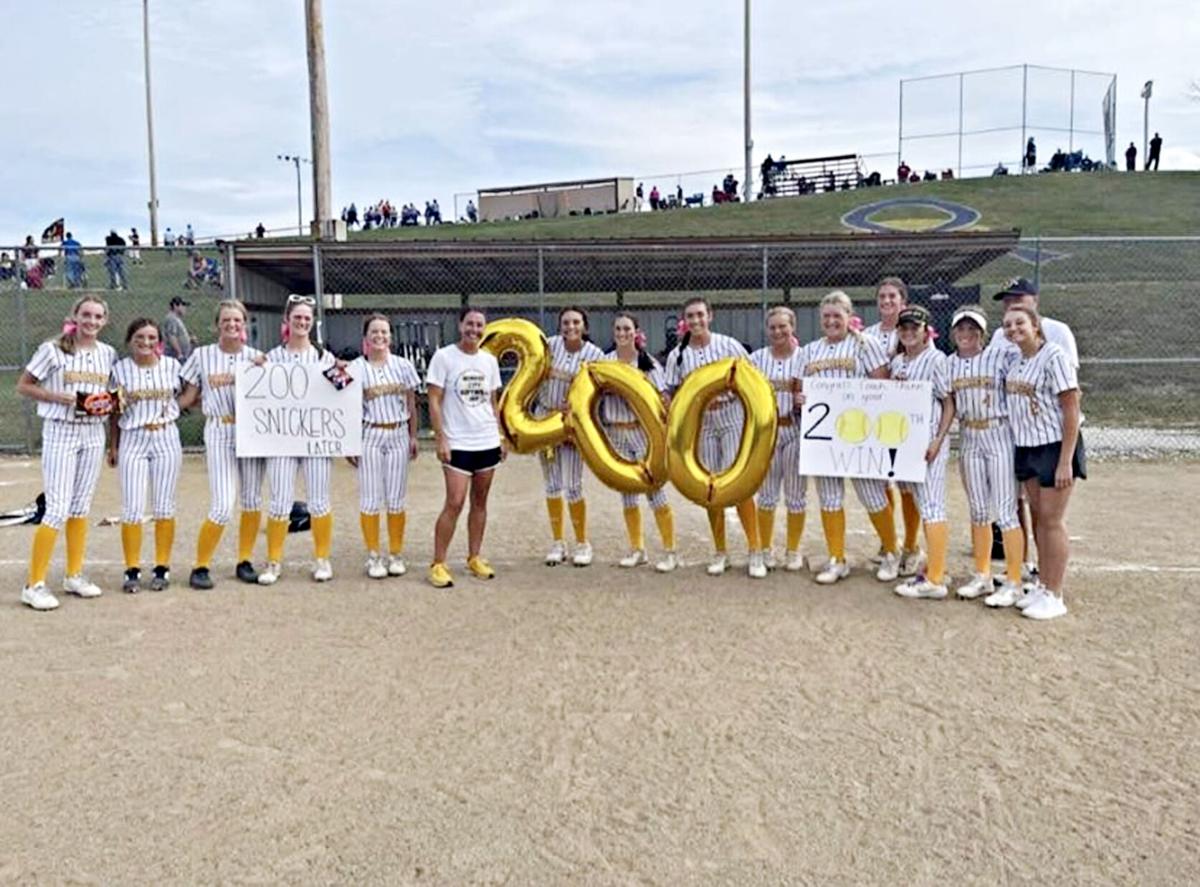 Everyone likes to win. It creates a feeling of accomplishment and brings a sensation of victory to a team, group or person. This past weekend, Monroe City High School Head Coach Melissa Chinn should have felt just that, accomplished, as her team completed her 200th coaching career win for the Lady Panthers. Humbly, Chinn stated, “I don’t want this to be about me, I don’t want to take away from the girls’ accomplishments.”

Being humble shows a person’s character. It represents a person who is modest and demonstrates a low estimate of one’s importance. There is a time to celebrate though, showing her dignity and strength she gives to her players to accomplish 200 wins to title town. “I feel so blessed that I’ve had the chance to coach so many amazing girls. I hope that my kids see how hard these girls work and what hard work can do for you,” Chinn said.

Coach Chinn began her coaching career in Louisiana in 2006, here she coached three years before coming to Monroe City. In 2009, Chinn assisted coaching with Troy Patterson before taking the lead as Head Coach.

Softball has always been a love for Chinn, starting her turn at bat on a t-ball team at the age of four years old in Wyoming. At eight years old, her family moved to Omaha, Nebraska, where she was introduced to softball and joined her first team called Hot Rods.

Chinn advanced her softball career at the college level, attending and playing for Northwest Missouri State, as the short stop. Chinn stated, “I have always loved this game. I spent my entire life doing it, so I’m excited to be able to continue. As I get older, it’s so much more about the relationships I get to have with these girls. I’m hoping I can steer them in the right direction for the little time I have with them. At the end of the day, I want them to be successful in the classroom and in their futures.”

While Chinn likes to win, she explained where the real learning comes from, adding, “If we see success during the season, it’s all a bonus. We’ve learned a lot about each other this year. Those years that you hit rock bottom and dig your way out are the years you take away the most.”

Chinn is married to her husband, Jason, and together they have two children, Megan and Jase. As parents, they are now coaching their own family to success, as both kids have started their own sports journeys. For time away from sports, Chinn said, “We bought a boat this summer, so we’ve had a ton of fun. We also love Branson. We try to go there several times a year.”