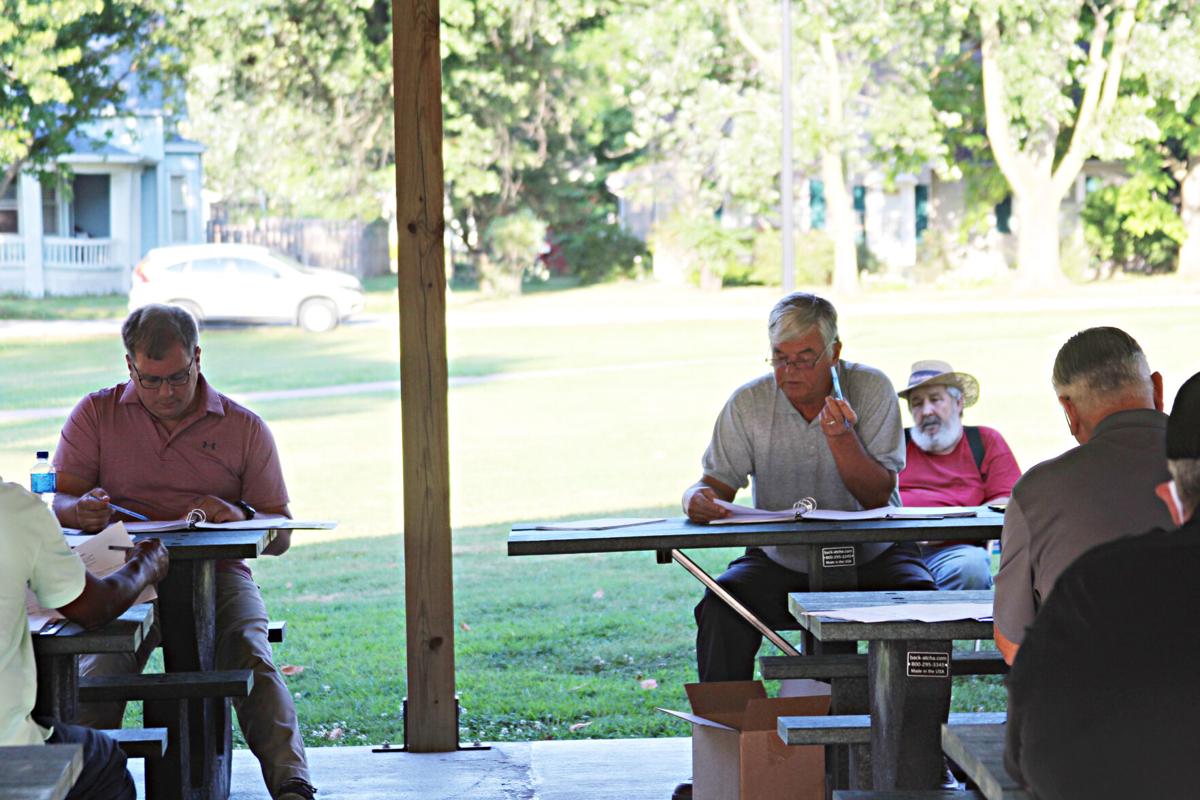 The Board of Alderman met September 3 at South Park. The well attended meeting was held at the park in order to allow more space for social distancing and provide increased COVID-19 Pandemic precautions. 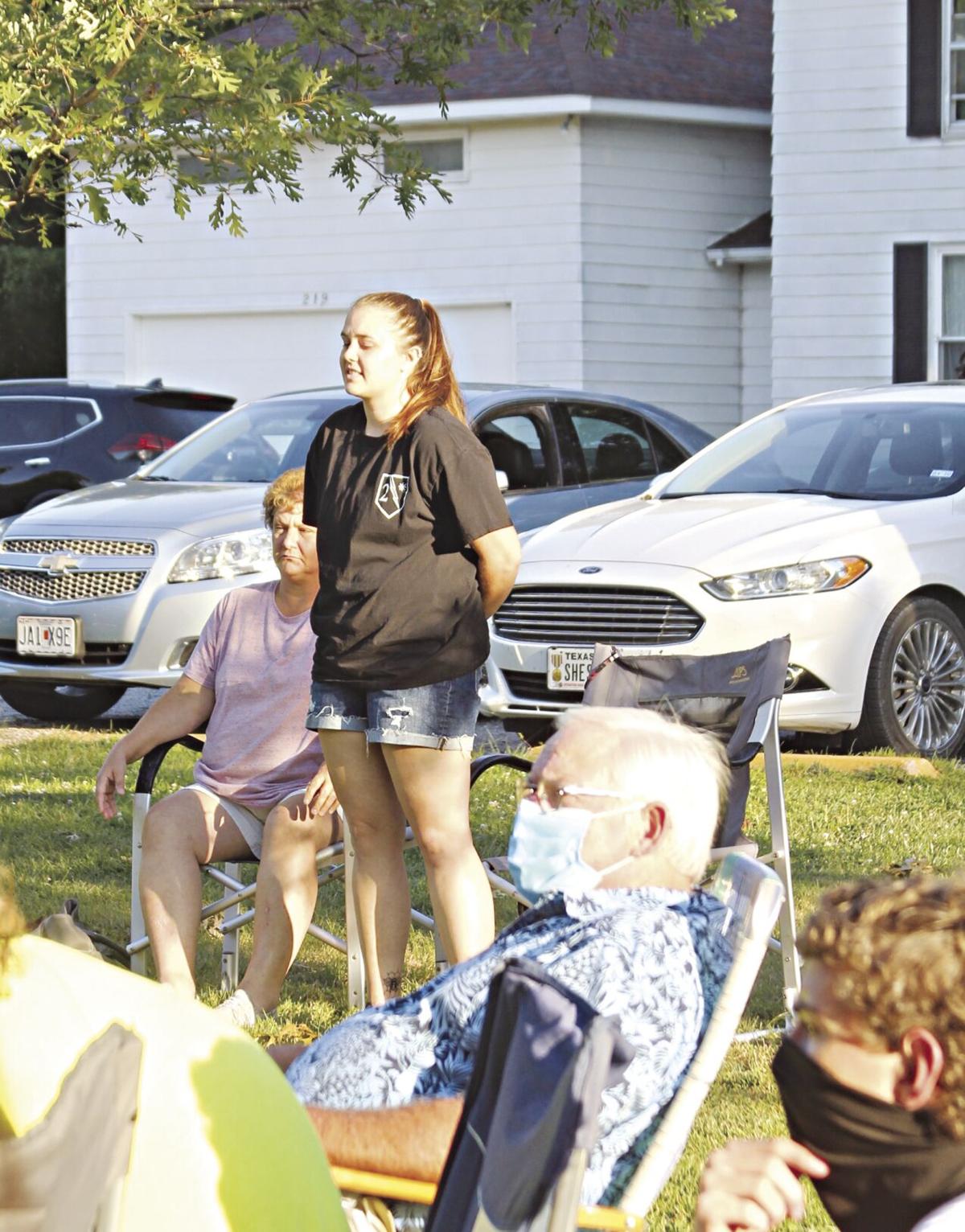 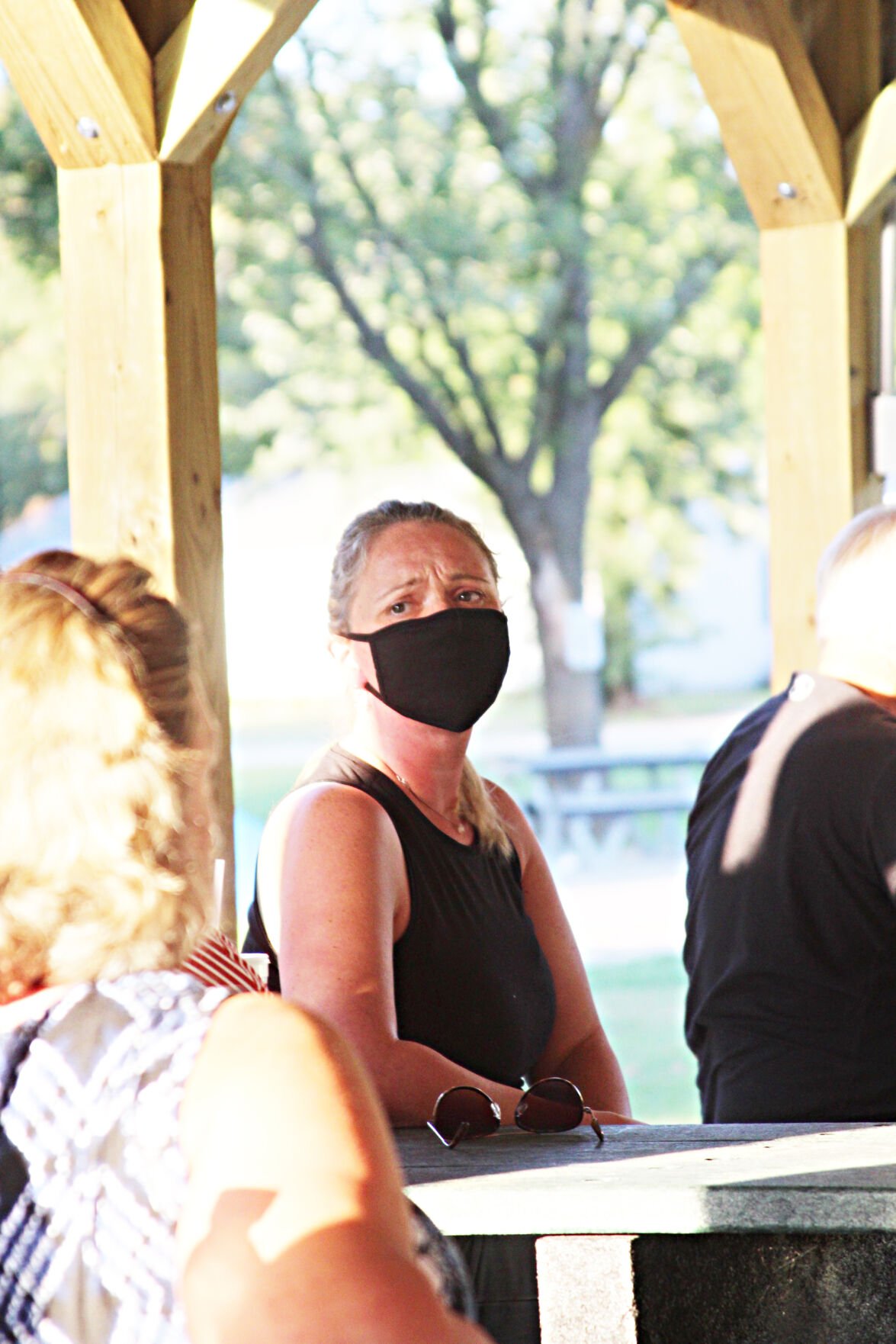 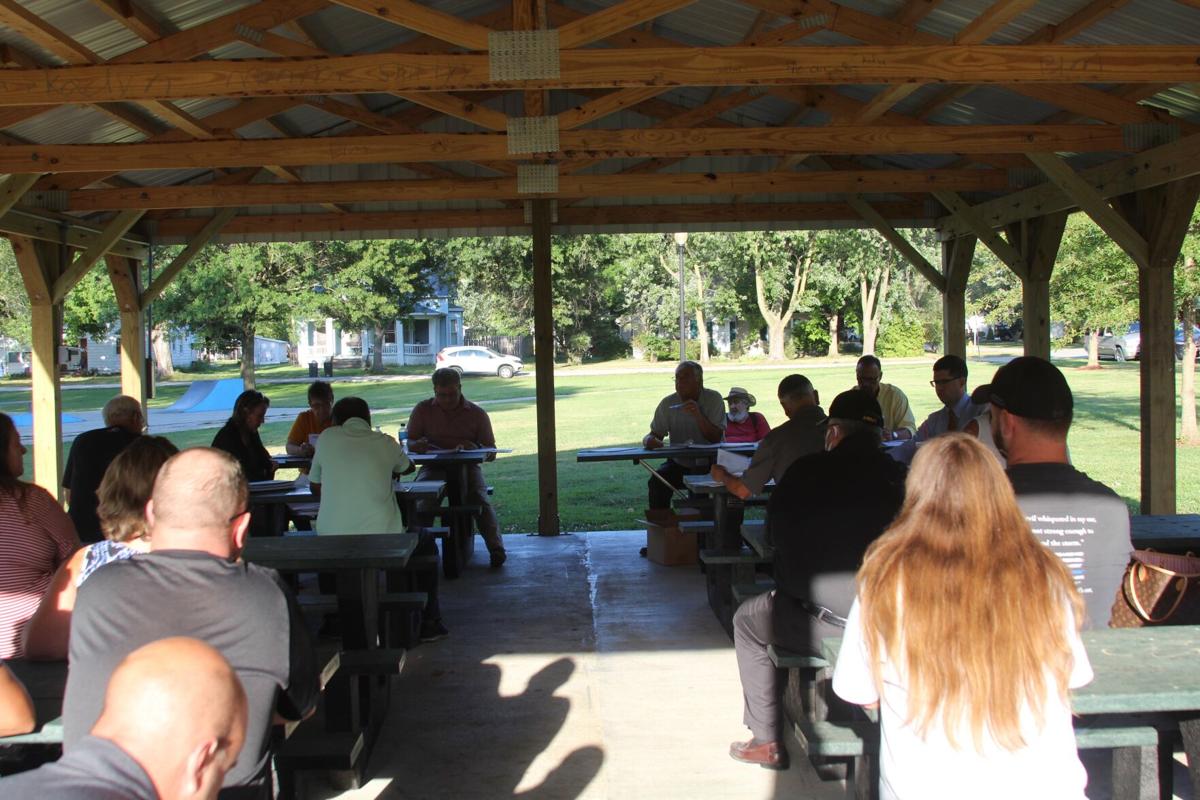 The Board of Alderman met in regular session on September 3 at South Park. The meeting was held at the park in order to allow more space for social distancing and provide increased COVID-19 Pandemic precautions. The meeting was well attended by several concerned citizens prepared to defend the Monroe City Police Department operations and any changes possibly being made.

During Open Forum, Mayor Jerry Potterfield asked if there was anyone who was not on the agenda who had anything to address. After a brief silence, Alderman Connie Painter voiced her concerns to the council and those in attendance, stating, “I would like to take care of the rumors and gossip, as well as getting rid of the SRO, employees with a past or the police department.” Painter shared her commitment not to quit anything, discussing how her family has been effected by the uproar of “talk” around town, stating, “This is personal. We have to work as a team to make Monroe City better. If its effecting my family, I know its effecting others.” In attendance, was community member Becky Chinn, who stated, “We need to address several items.”

Mayor Potterfield replied, “I thought we already did this at a previous meeting. I am utterly amazed at the untruthful information which can be found on Facebook.”

Chinn confronted Potterfield asking him if he had ever spoke with the Monroe City Police Department secretary, Katy Hays, concerning the job of the SRO, the need for his vehicle and his ability to walk to work with Officer K-9 Raven. Potterfield denied having that conversation with Hays, while Hays stood in the audience sharing he had.

Elected Official Mayor Potterfield explained his job as Mayor is to ask questions and investigate, to find out the needs of the City and make an appropriate budget, making suggestions to the council. He shared, “I spoke with the police department and asked if they needed any repairs and upgrades to the building.”

Chief of Police, Tyler Wheeler, interrupted the meeting as citizens began to get upset with Potterfield and the replies he gave, sharing the opinion he was causing problems where it was not necessary. Chief Wheeler stated, “Come to me with any concern for my department. I will discuss my department. This is making everyone walk on eggshells and dividing the department. Let’s look at the good and not the bad.”

Potterfield stated, I am asking the police department to enforce the City Ordinances.

Alderman Marvin Viloria asked Potterfield, “Can you tell the Alderman what you are doing first?” Potterfield replied directly, “Absolutely not, that request is not the law. My job is to investigate.”

Sherry Lemongelli stated, “No one is trying to get rid of the police department.”

Officer Zach James explained, “The problem is we are being asked to enforce ordinances over criminal acts such as drugs.” Citizen Robbie Ellison stated, “Isn’t it protect and serve, then ordinances last.”

Jennifer Potterfield explained, “I believe we are asking the Police Department to do both, both are equally important.”

SRO Officer Brian Walters voiced the commitment he has to the children in this community, sharing his job is more than a job, he stated, “The kids are important. I can turn my badge in tonight if that’s what you want, because I will just go teach,” asking Potterfield he said, “Is that what you want?” Potterfield replied, “No.”

After more discussion, Painter shared, “I believe the Police Department does a great job.” Shortly afterwards, Open Forum closed with nothing left to discuss.