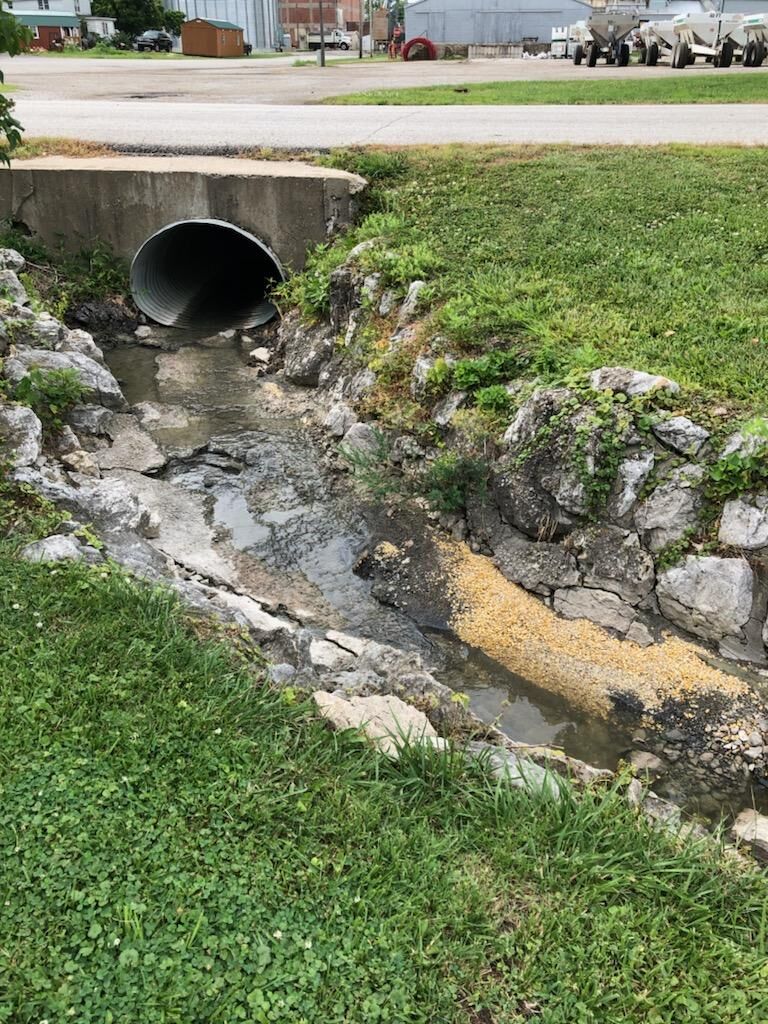 Tammy Potterfield addressed the council with concerns about the creek which runs behind her house at 306 South Locust Street. 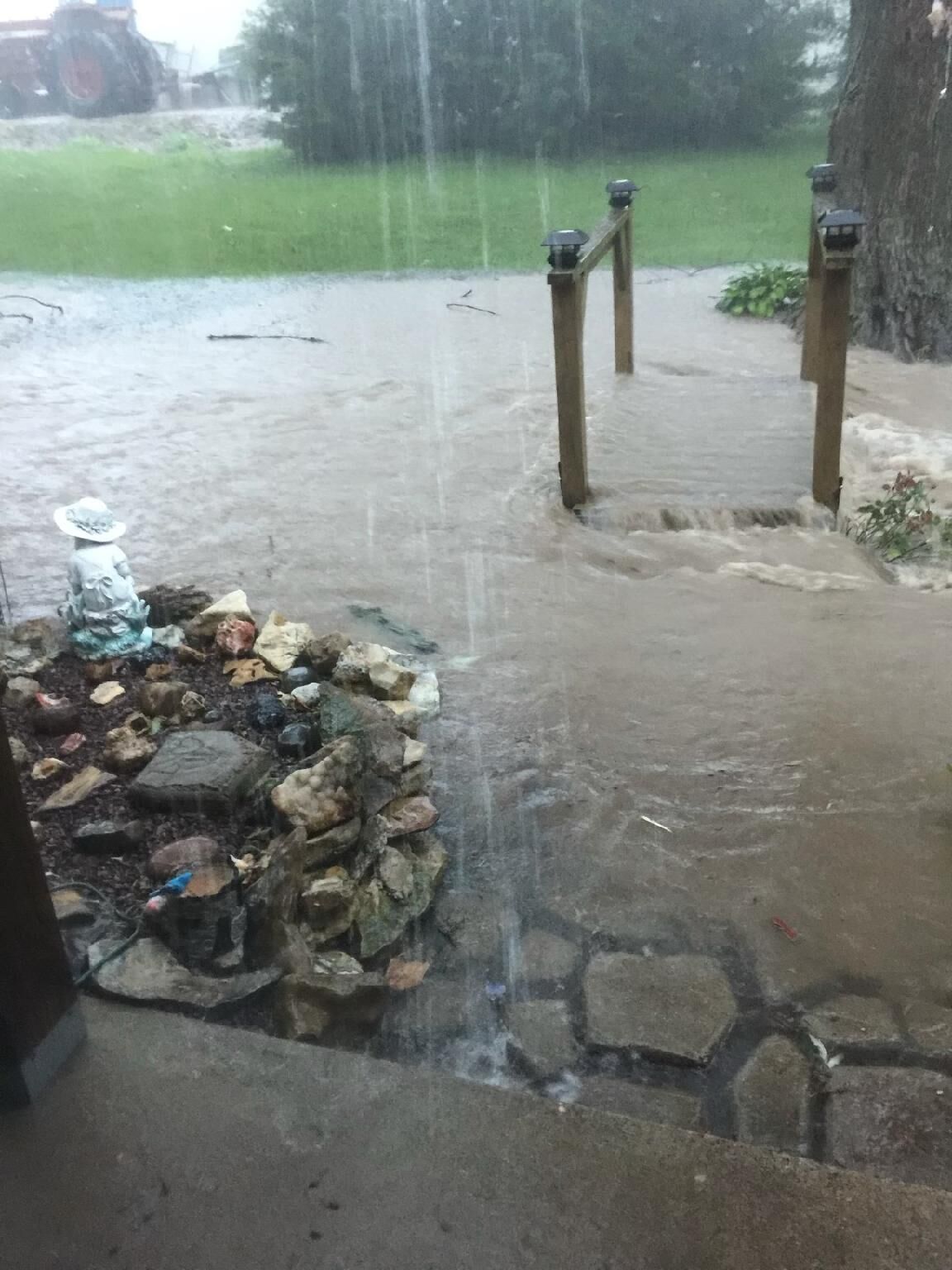 Potterfield shows how the creek floods during rain and almost comes to her back door.

The Monroe City Board of Alderman met on July 8 in regular session meeting. Rusty Rothweiler, Mayor Pro Tem, directed the meeting in the absence of Mayor Jerry Potterfield.

During Open Forum Tammy Potterfield addressed the council with concerns about the creek which runs behind her house at 306 South Locust Street.

Potterfield stated, “The last time anything had been done to the creek was in 1976, including the concrete slab which has deteriorated. When there is heavy rain the creek fills up fast and gets close to my house. It smells very bad due to runoff and corn from Rickett’s and Farmer’s Elevator debris” She explained to the council this had already been discussed last year and the City had said they would look into fixing the issue, stating, “Still nothing has been done about it. I do not want to see the City keep putting it off and I was told by a city employee not to hold my breath waiting for something to be done.”

Rothweiler replied by apologizing, stating, “I will take responsibility for this. It has been approved, but the ball was dropped somewhere and the process to fix it never started.” Rothweiler discussed the matter further, adding, “We should move as fast as we can to get this fixed.” Osbourne added, “Let’s make sure we communicate this to George Hausdorf (PeopleService’s Manager) and see when he can add this to his schedule.” The discussion ended with intentions to get back with Potterfield after the board has a chance to speak with Hausdorf on Monday, July 12.

Alderman Botkins gave the Planning and Zoning Report. He explained Mark Twain Regional Council of Governments had told him there are funds available for drainage issues. A discussion will need to be held regarding possible projects.

During the Public Works Report, Alderman Viloria reported several people were inquiring about obtaining bricks from the demolition site. Attorney Russell stated that it is in the demolition contract for the crew to clean up the site. City Clerk Ellison will look at the contract and discuss the options with the demolition crew.