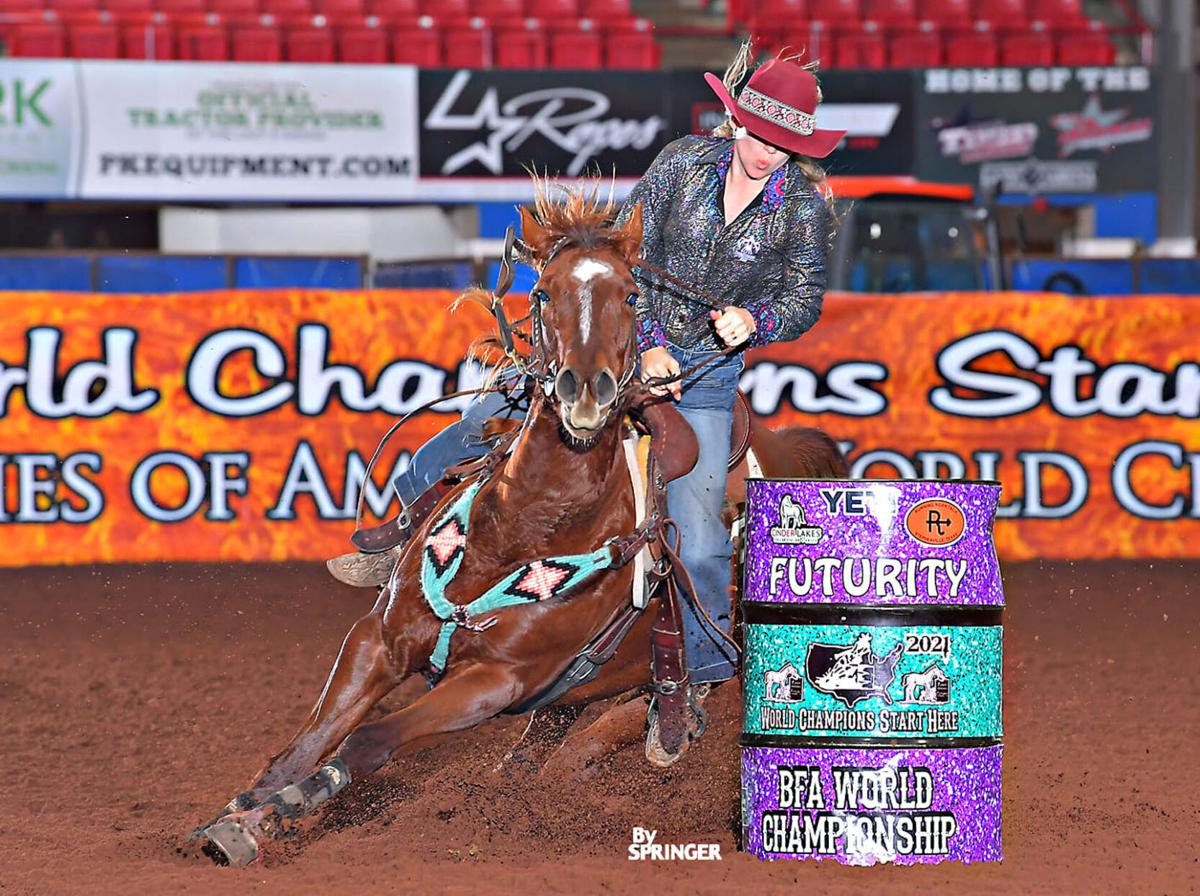 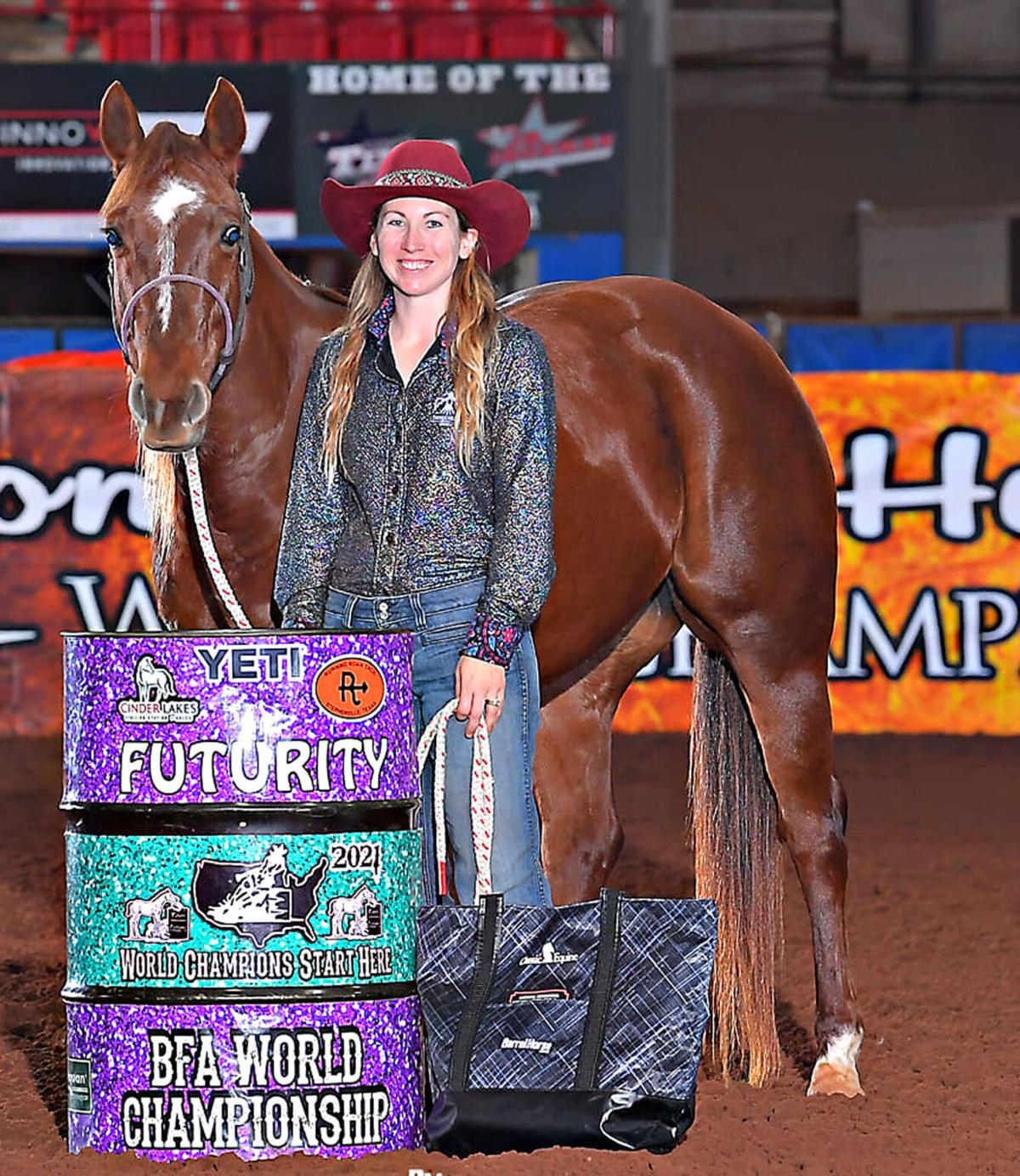 Jessie Carter has been chasing records around barrels since she was four years old. Recently, on November 13-21, she won First place in the Barrel Futurities of America Amateur Futurity World Championship Final competition.

Carter completed the race in 15.584 seconds. As the new World Amateur Champion, she stated, “This is the fastest time for this arena I had ran. After my run in the finals I was super excited, but pretty shocked. I couldn’t believe we ran a half second faster than our qualifying time.”

As a barrel racer, Carter knows her way around the arena, it being no surprise she was able to capture the World Champion title in Guthrie, Oklahoma at the Lazy E Arena. Winning the competition, she was awarded the First-place title, taking home a cash prize of $1,320, a new saddle and a goodie bag full of products from the sponsors of the competition.

Carter and her 4-year-old horse, VegasAppleBottomJean, also known as Peanut, qualified to compete in the final futurity race by meeting certain guidelines. In order to qualify for the finals, racers must be considered an amateur and have had one of the top ten fastest times from two runs. To be considered an amateur, the rider cannot train other people’s horses, give lessons, or hold a professional rodeo association membership. The futurity race is only held for 4-year-old horses.

Carter explained, “This was the first big win with Peanut, previously winning a few local barrel races, but nothing as big as the Barrel Futurity of America.”

Carter is also a fourth-grade elementary teacher at Monroe