Bob Kendrick, member of the Monroe City Whitetails, assists with the annual Antler Shed Hunt held at the Mark Twain Lake on Feb. 15. 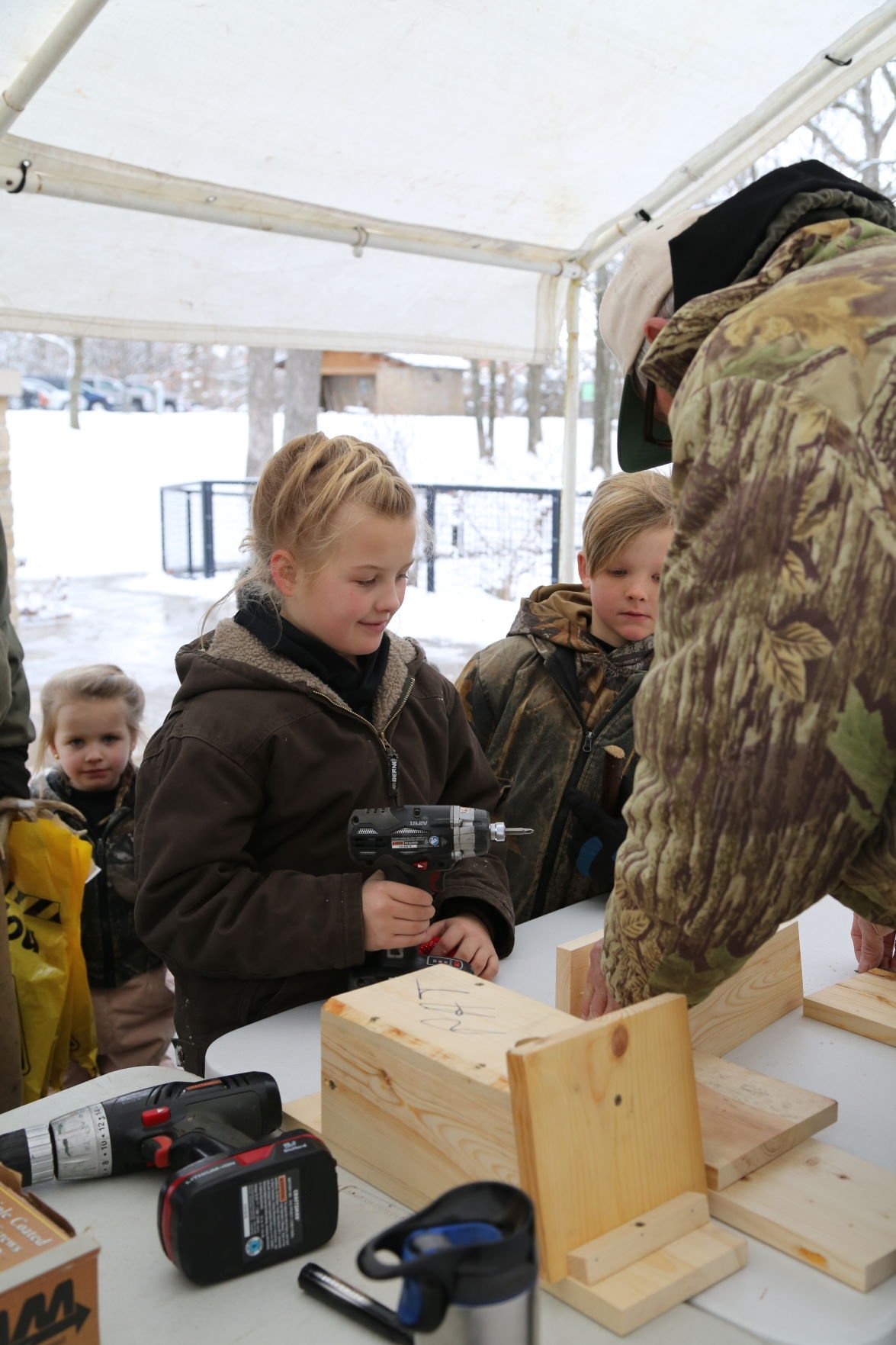 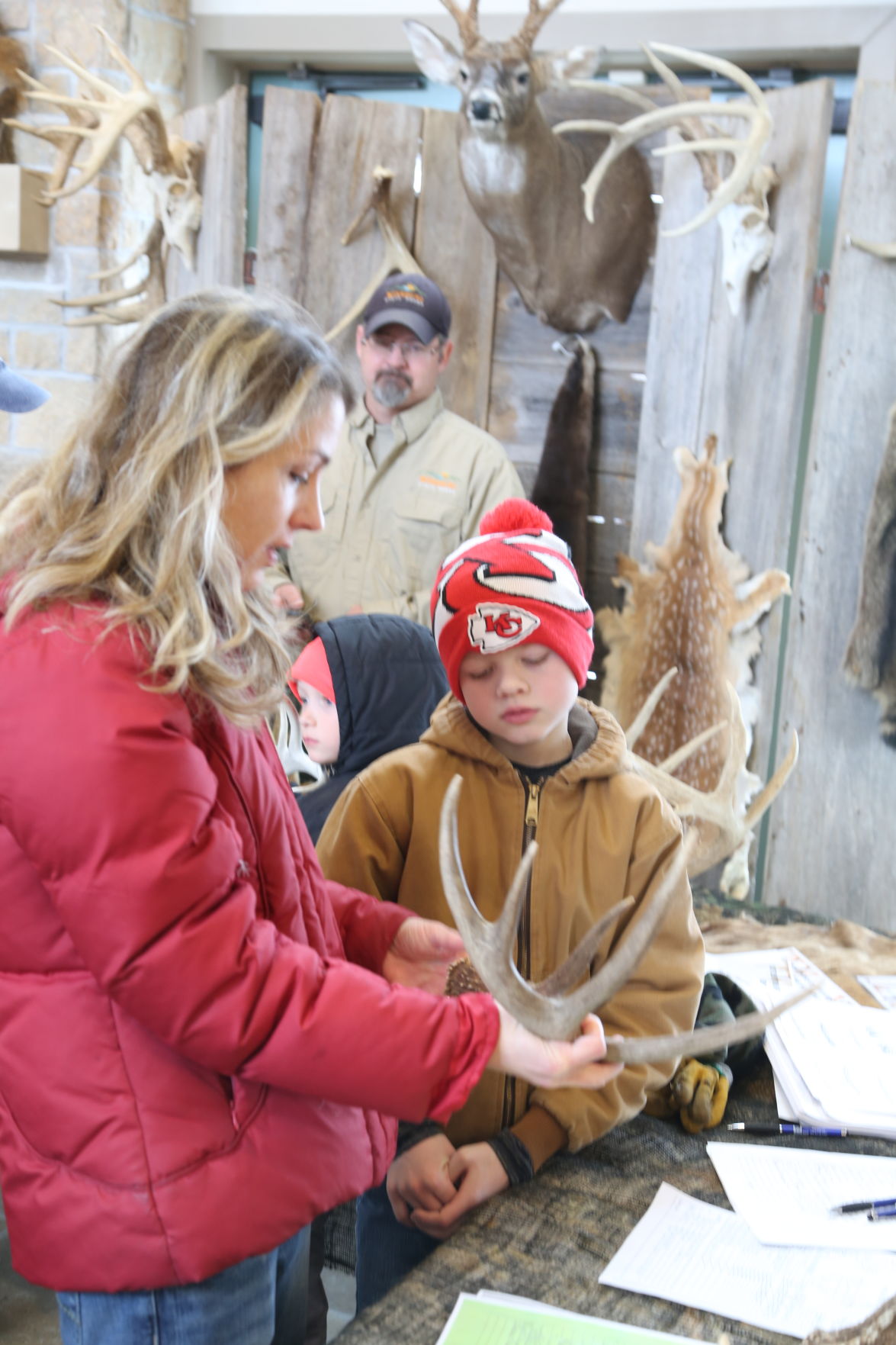 The M.W. Boudreaux Memorial Visitor Center hosted the annual Antler Shed Hunt, which included a variety of booths for the children to enjoy. 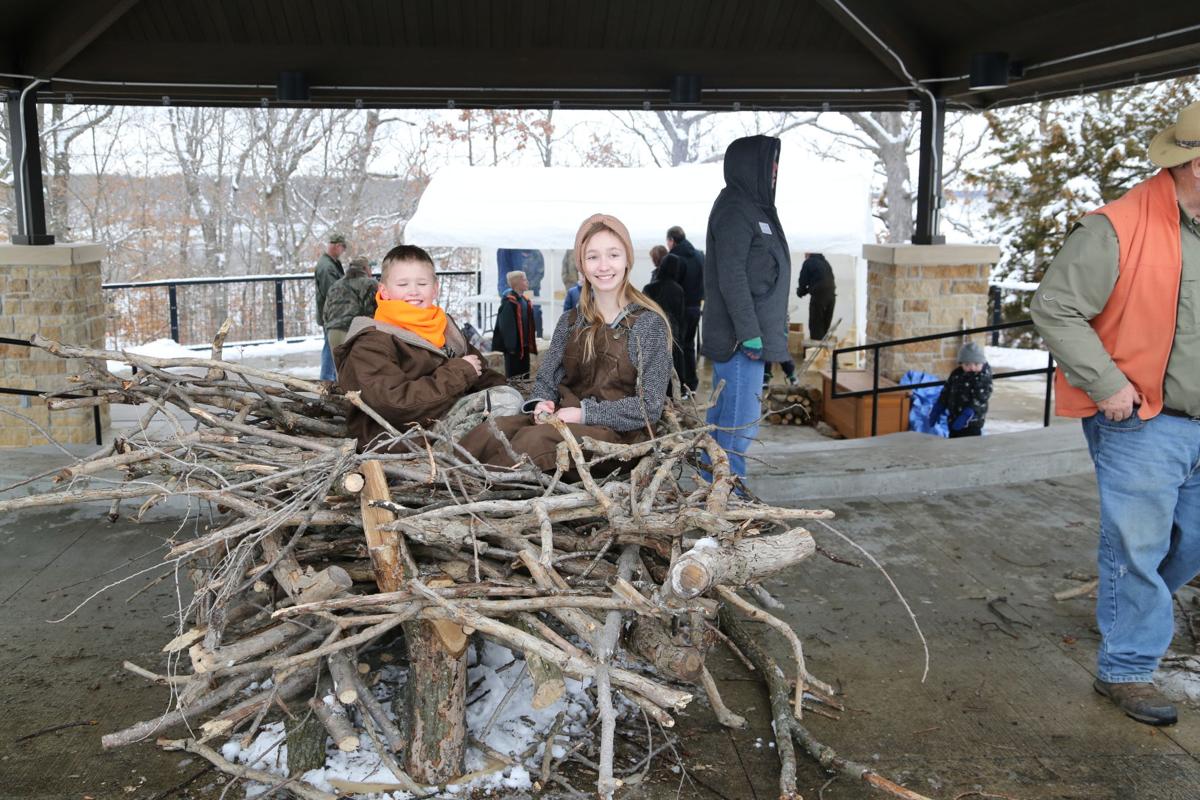 The hunt included an eagles nest for the youth. 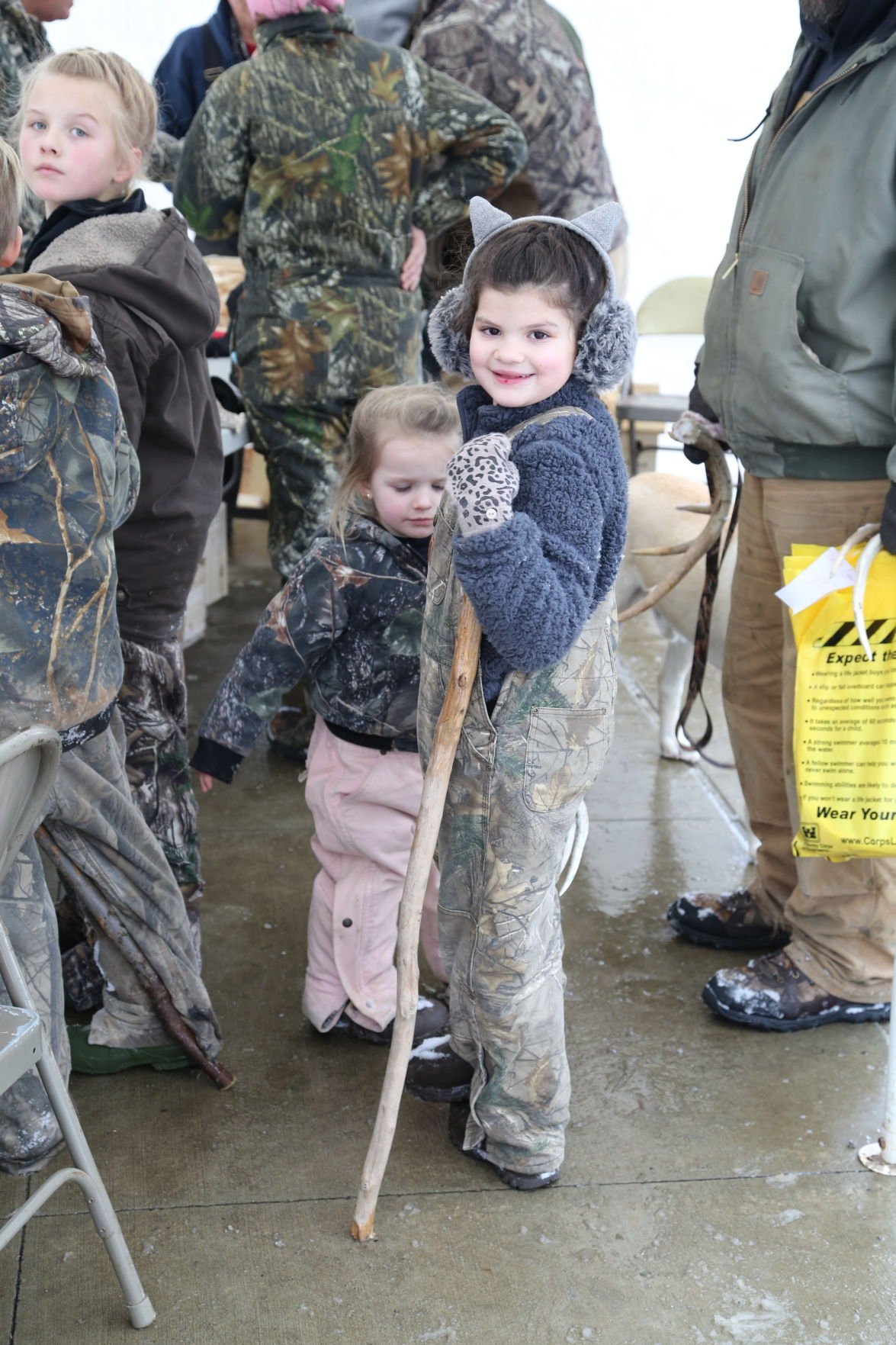 Charlee Mudd enjoys the activities at the annual shed hunt. 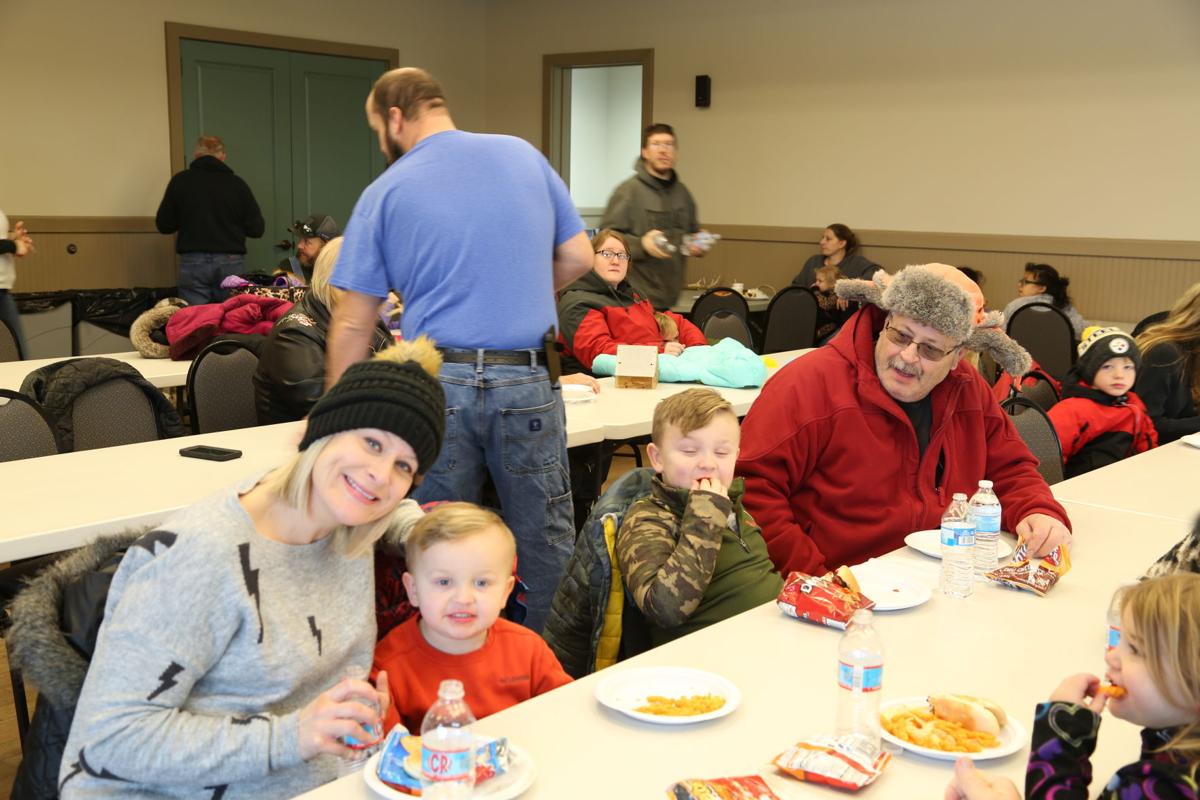 Guests at the Antler Shed Hunt warmed up with a meal at the center. 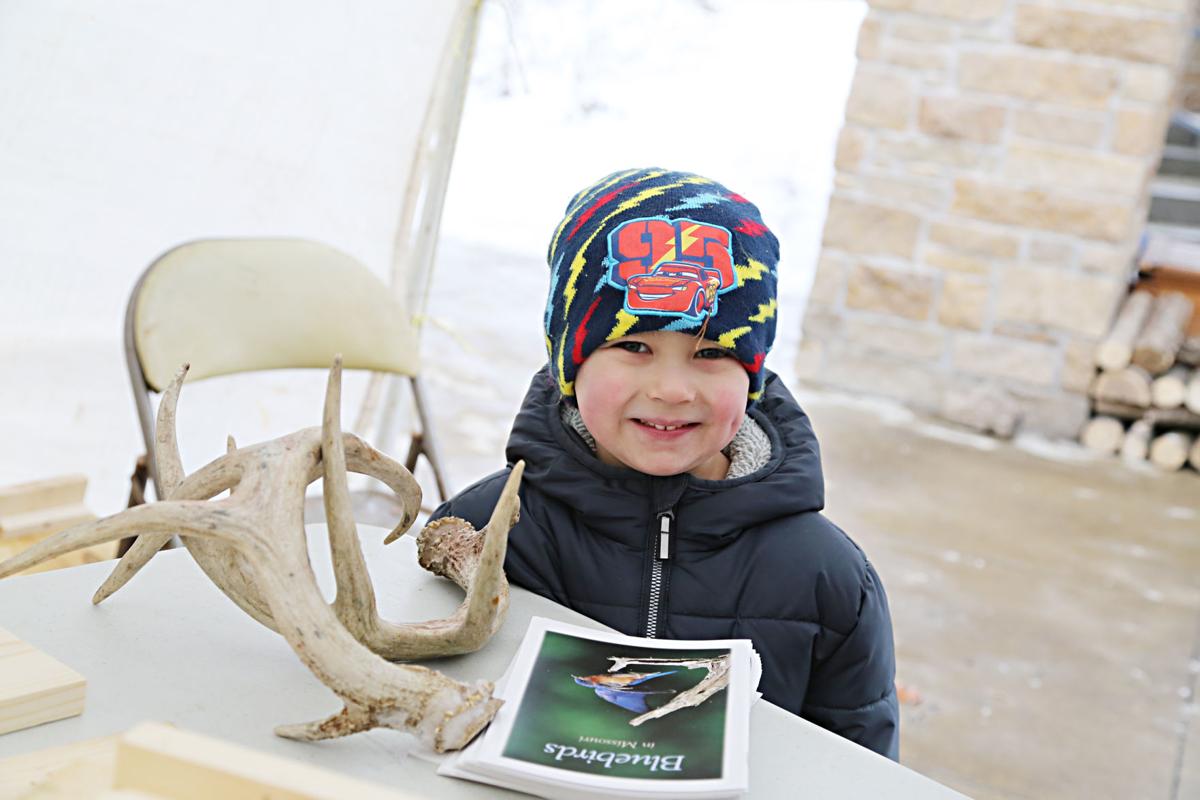 The annual Ben Sapp Shed Hunt brought a big smile to Sterling May, the son of Don and Shannon May of Hannibal.

The event was dedicated in memory of Ben Sapp, who was previously an employee of the U.S. Army Corps of Engineers.

The event started at 8:30 a.m. and lasted until 3 p.m. providing a hunt to approximately 216 children, who were pre-registered for the event. Upon arrival, guests checked in, receiving a goodie bag which included a t-shirt and several other items.

The Visitor Center lobby was filled with informational booths from various groups highlighting information on deer and other related outdoor topics throughout the day. Booths demonstrated how to score antlers, showcased products made with antlers with examples of knives, lamps, whistles and several other ideas, furs, bow and arrows and crafts. Booths also included different animal pelts and youth were able to see different types of wild animals on display at the visitor center.

The high school students of the Monroe City R-1 National Honor Society volunteered their time to assist with the event. The students helped serve lunch, worked the registration desk and tended the fire pit for children to warm up after their hunt. The children also enjoyed the eagles nest on display outside. Youth climbed in the nest to have their picture taken as a memento of the days event.

After returning from the hunt, guests were encouraged to enjoy a lunch provided by the Monroe City Whitetails Unlimited Chapter. The organization served grilled hot dogs, soup, chips, fruit, snacks and drinks for everyone in attendance. As the meal was enjoyed, there was a wildlife movie playing for all to enjoy.