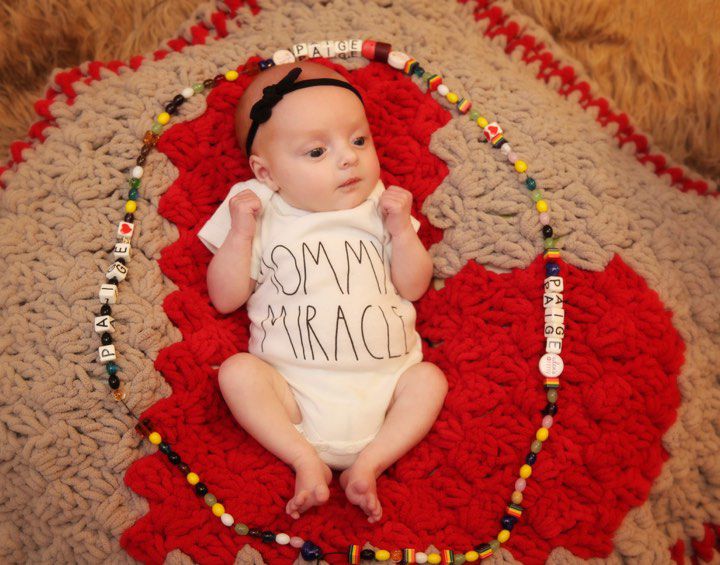 Paige Dunaway, born on November 24, lays in the middle of a beaded necklace created for her. Each bead represents a procdeure Paige has had to endure since birth. Paige was born with multiple congential heart defects. 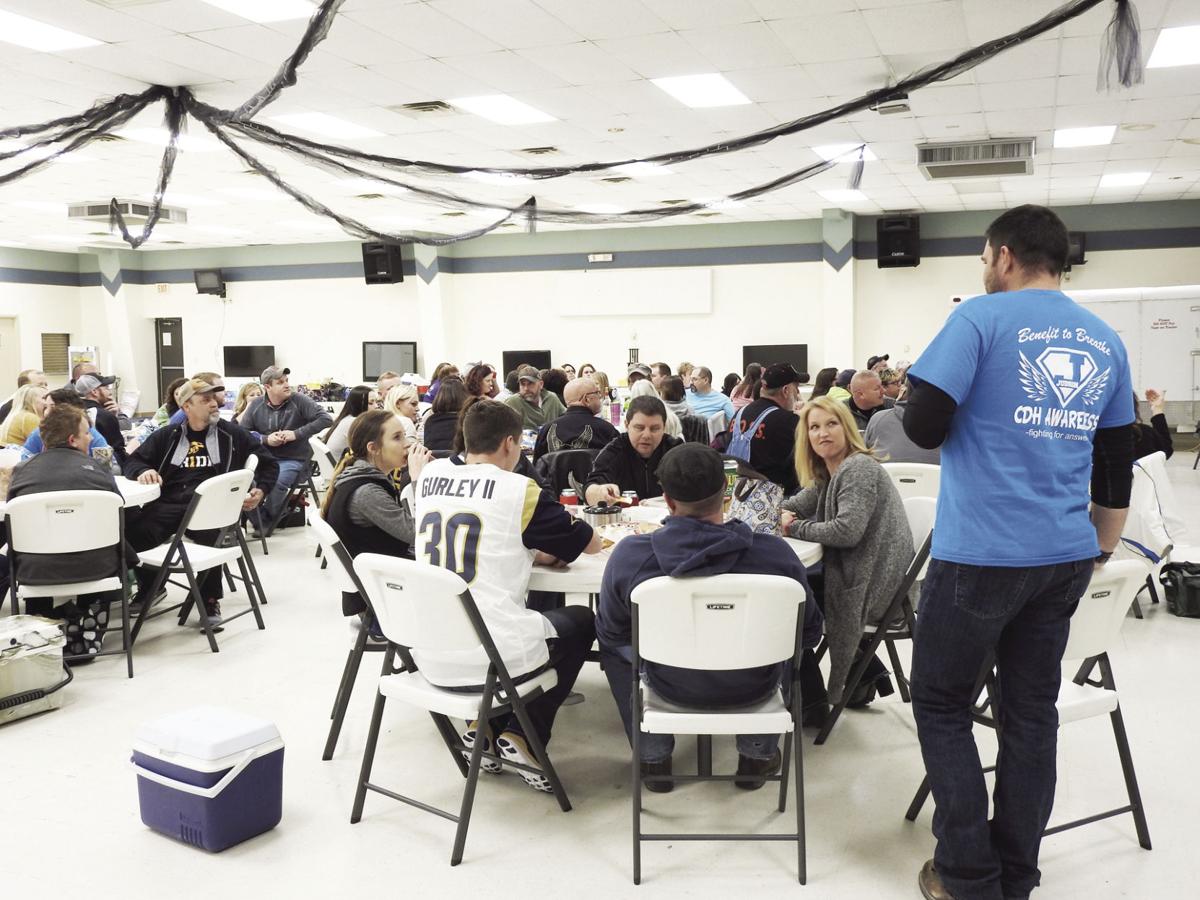 The Fourth Annual Judson Stewart Memorial Trivia Night will be held this Saturday, January 18 at the Knights of Columbus Hall. The doors will open at 6 p.m. There will be a social hour from 6-7 p.m. with trivia starting at 7 p.m. Everyone is encouraged to bring their own drinks and snacks.

The annual event is held in remembrance of Jason and Laura Stewart’s son, Judson, who was born with a Congenital Diaphragmatic Hernia (CDH).  The event is held each year to help a local family in need.  Laura Stewart said, “It’s our way of helping change the world a little bit at a time”.

This year the proceeds raised will benefit a family from Shelbina. Tyler Dunaway and Michele Moellering gave birth to twin daughters on November 24, 2019. One of the twins, Paige, was born with multiple Congenital Heart Defects, which are found in less than 1 percent of newborns. Laura shared, “We are beyond honored to support this family, especially for this little girl as she conquers her battles each and every day.” Paige went home after a 10 day NICU stay and had a follow-up appointment at Children’s Hospital in St. Louis. On December 18, she was hospitalized again. On December 21, Paige underwent a complex surgery and spent 10 more days in the hospital recuperating. After only being home for three days, Paige was rushed back to St. Louis Children’s Hospital and hospitalized again for complications from her surgery. She had a chest tube to drain fluid from around her lungs and is recovering from the most recent complications.

The theme, as in years past, will be “Because of Judson”, a statement Jason Stewart often uses when doing something kind for another person. When asked why he does acts of kindness he then can give the testimony of his son and all that was done for them in their time of need.

Teams participating will enjoy a great night of brain teasers, laughs, drinks and fun with friends and family supporting a great cause. The team can consist of just one person or have up to eight people per team. The cost per team is $80. To sign your team up call Laura (573)822-2350 or Jason (573)231-4470. Donations are also being accepted and can be deposited to The Judson Stewart Memorial Fund at F&M Bank in Monroe City.

Judson Stewart made his debut on January 30, 2016 and created quite the legacy in his 61 days. Of the many things he did for the community, the one thing that Judson accomplished was to bring people together through hope, compassion and prayer. Jason and Laura Stewart, plan to continue this annual event giving back to the Community as a way to pay it forward in memory of their son.