Sign Up
Log In
Purchase a Subscription
You are the owner of this article.
Edit Article Add New Article
Home
News
Sports
Living
Announcements
A & E
Features
Obituaries
Multimedia
Classifieds
Missouri Marketplace
The Job Network
1 of 8 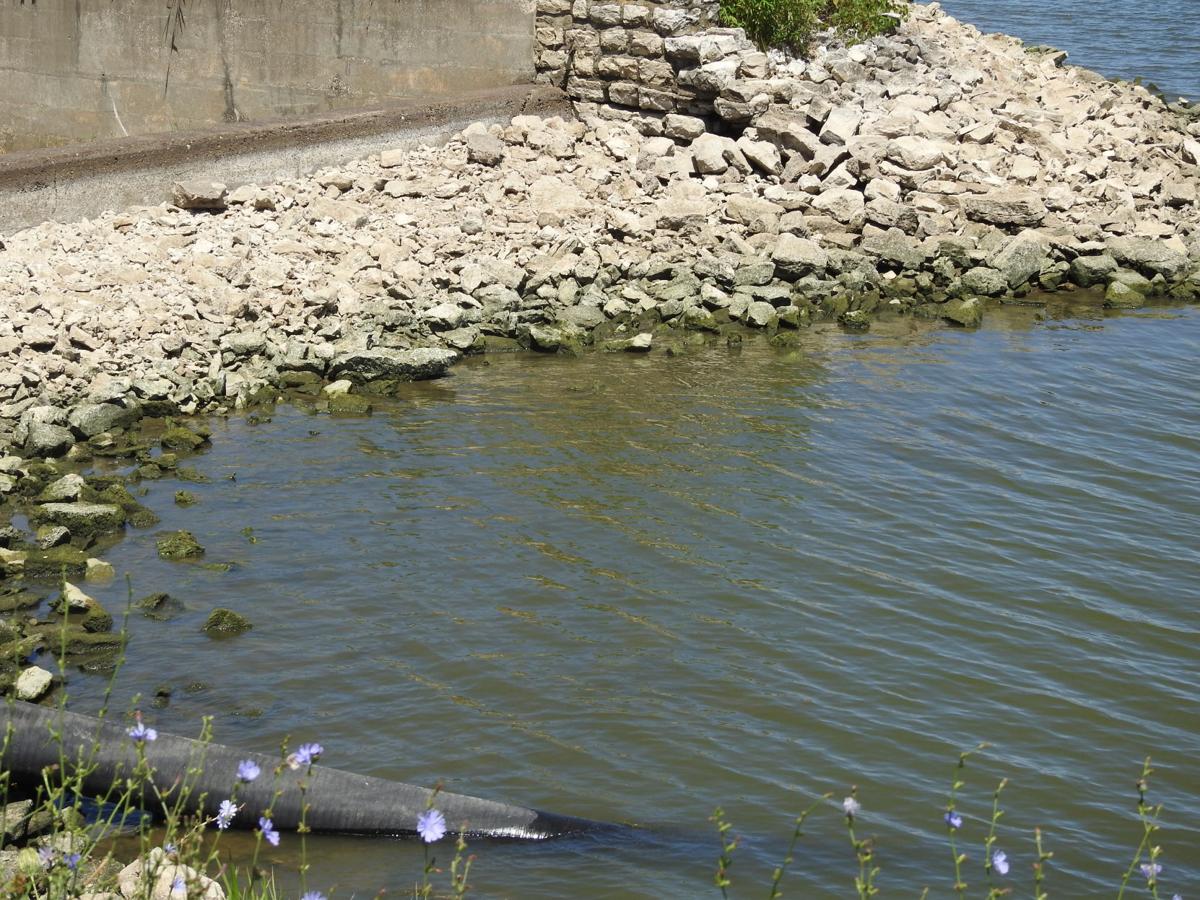 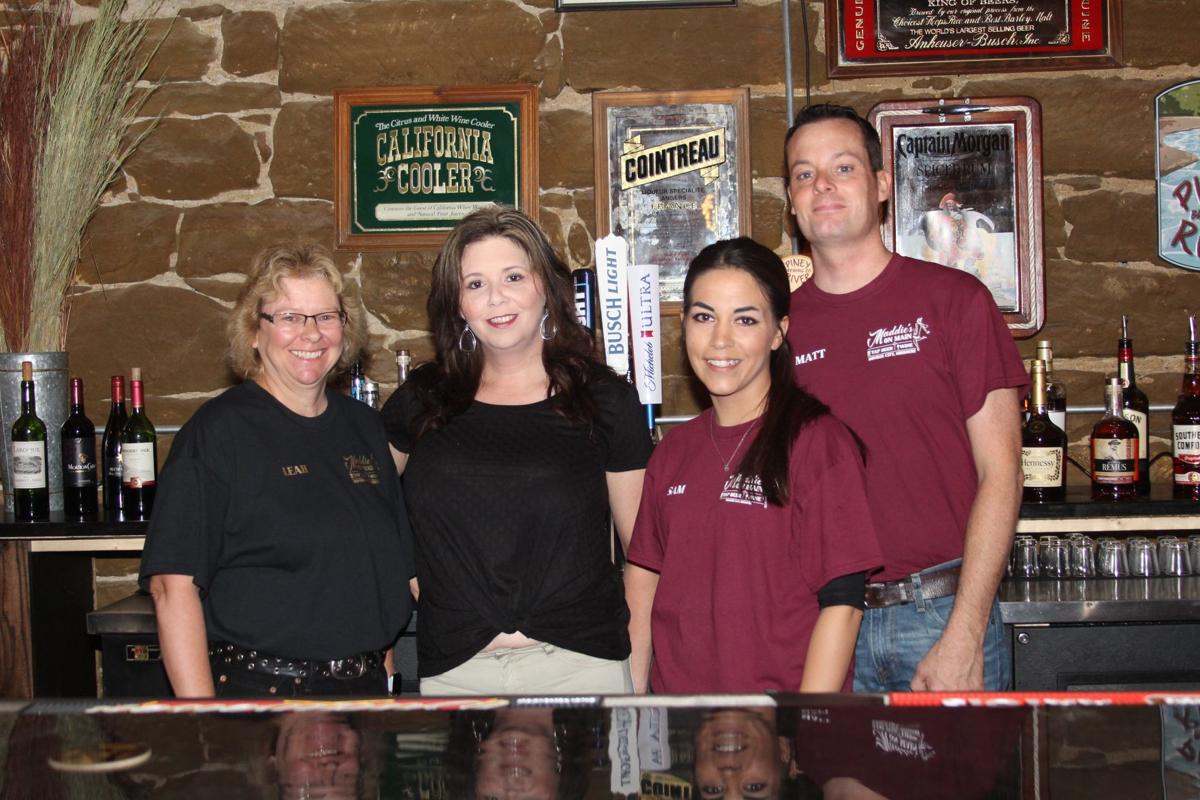 Maddie’s on Main opened their doors to the public on June 21. 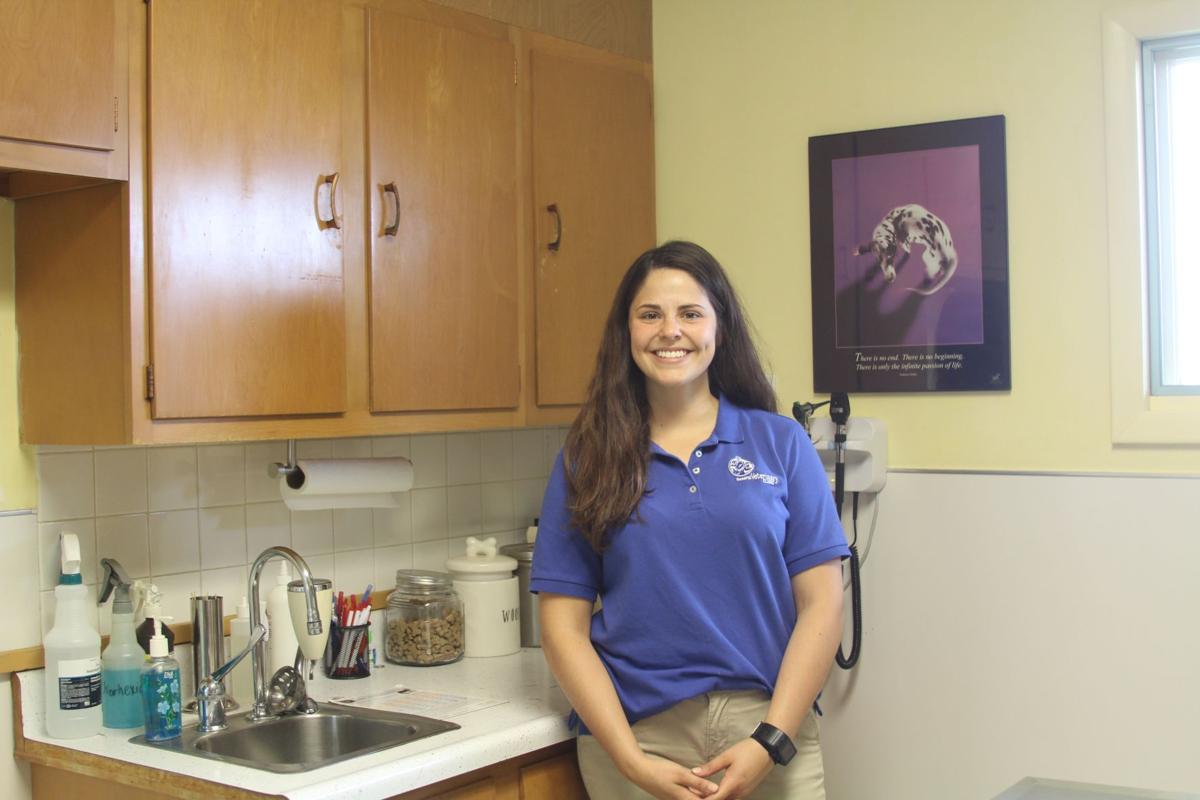 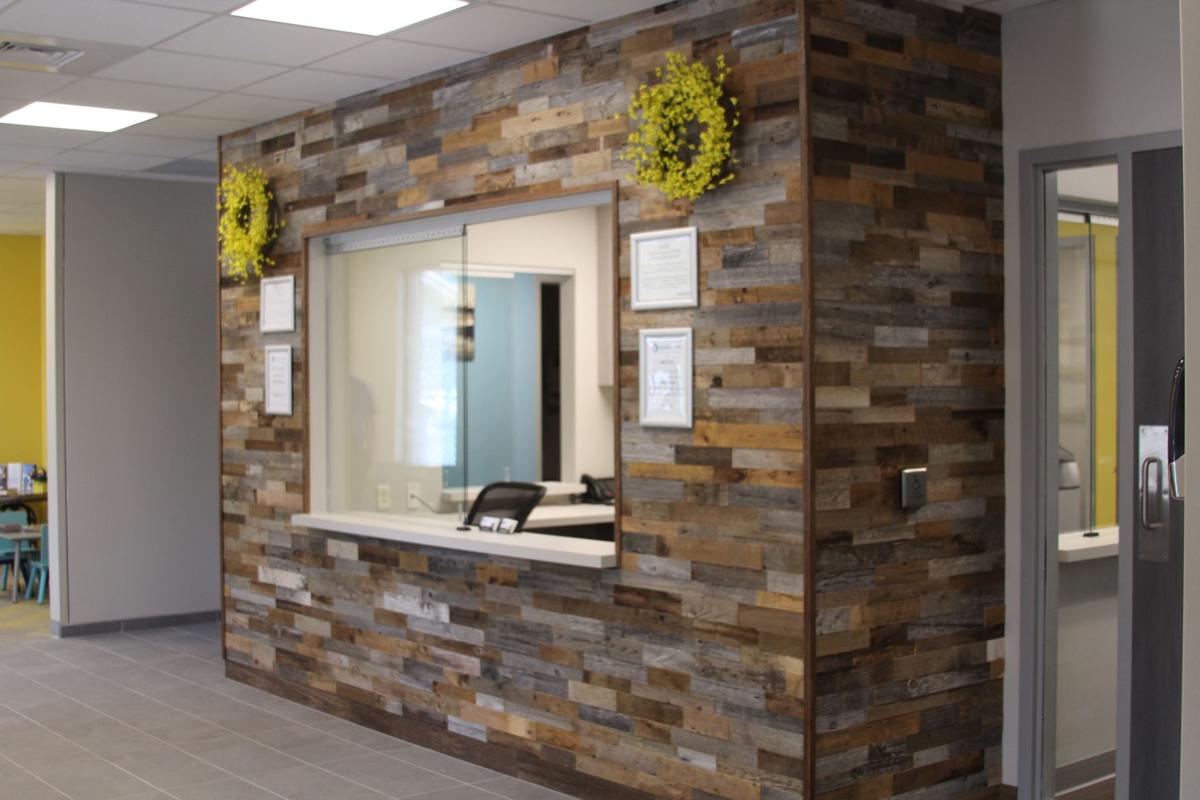 The Monroe City Hannibal Clinic opened the doors to the newly built clinic on July 25. 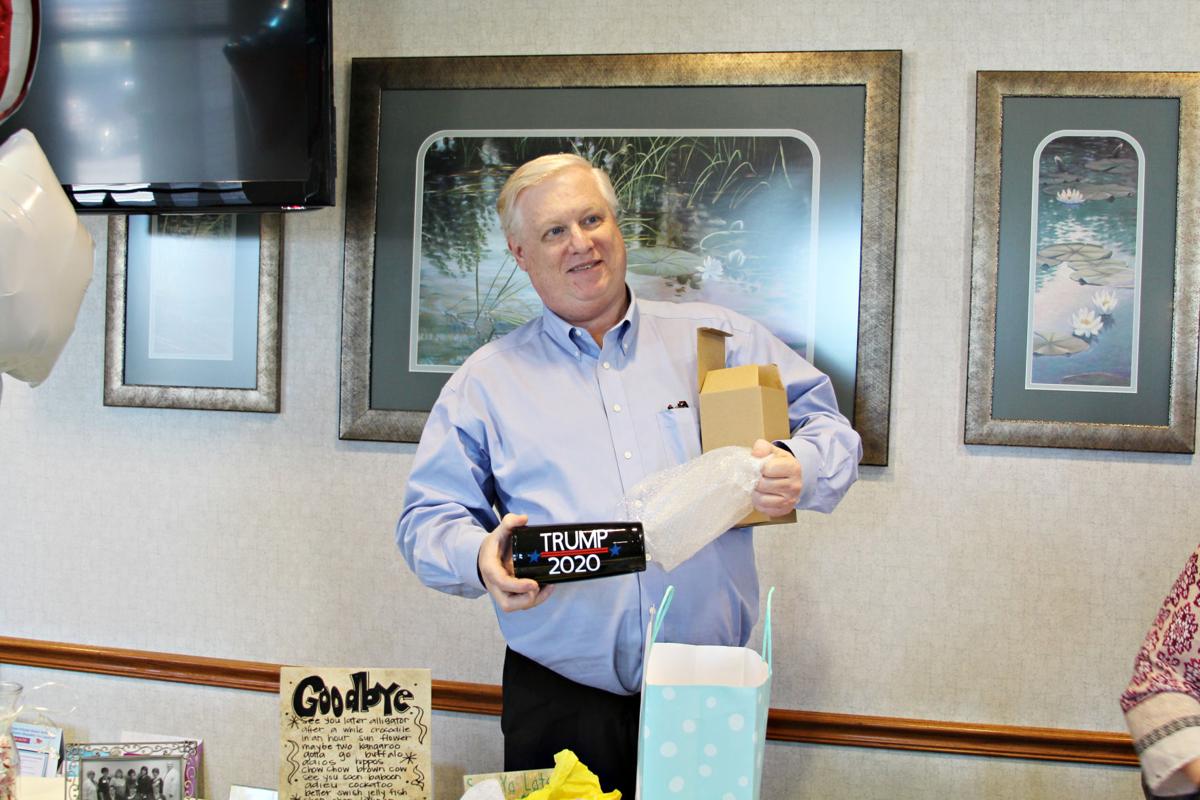 On April 26, friends, employees and patients came together to celebrate Dr. Dale Zimmerman’s 25 years of dedication to the community as a friend, colleague and family physician. 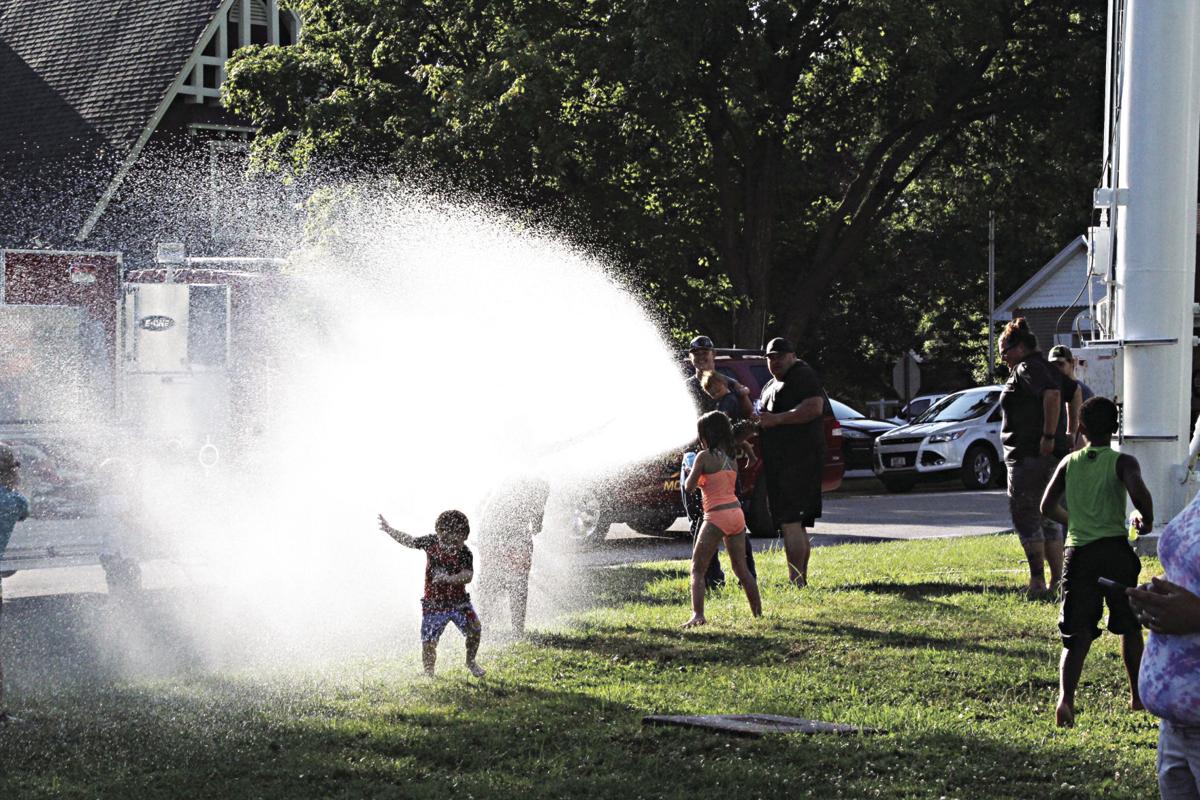 The Monroe City Emergency Services Back to School Bash was held on August 6 from 5-8 p.m. at the St. Jude’s Park.

The Farmer’s Elevator and Exchange Company celebrated their 100 year anniversary on August 24 with a fish fry from 11 a.m.-1 p.m. 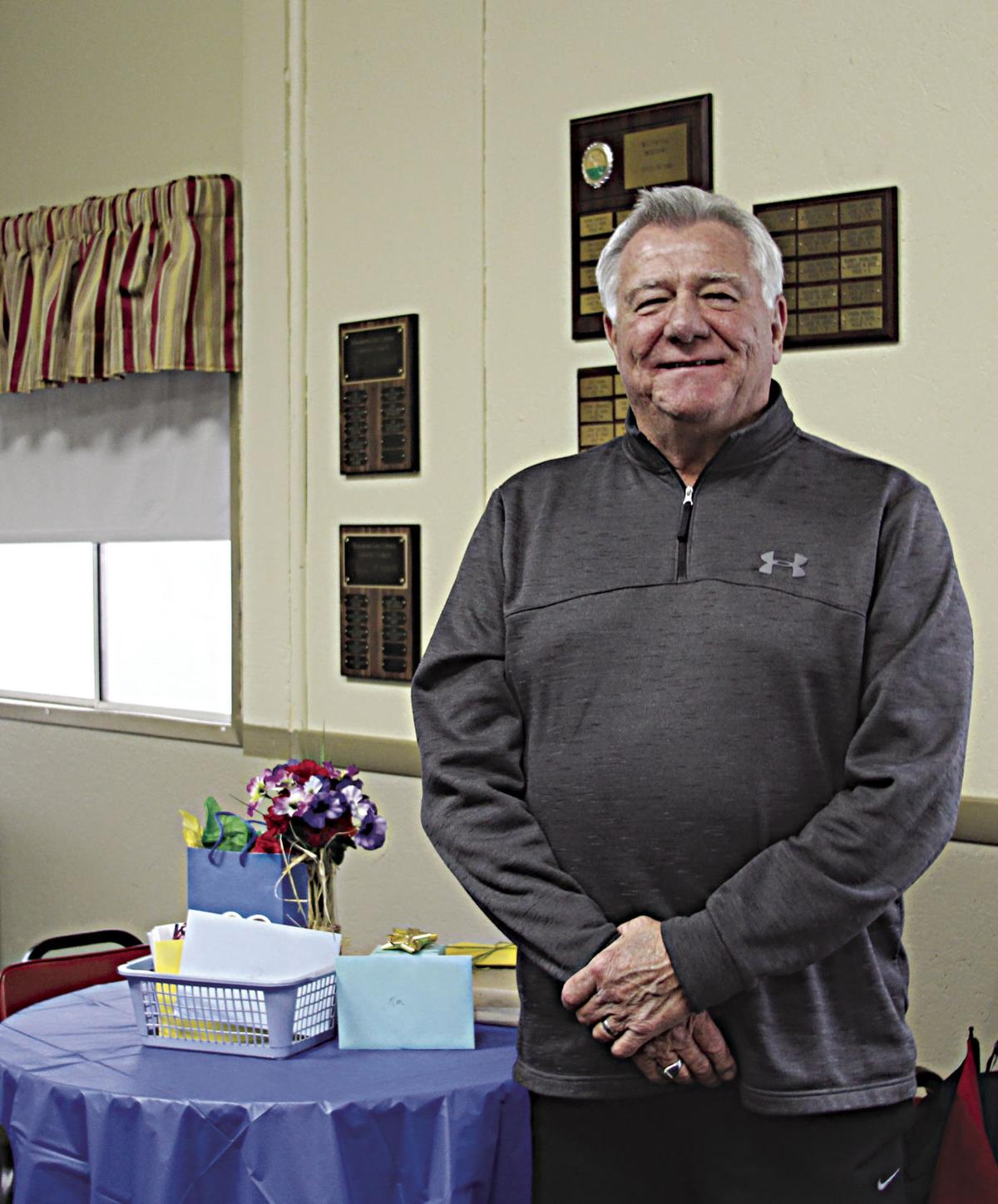 On May 3, the MFA Oil Company, along with family, friends and customers came together to honor the retirement of Ron Geist at Mosswood Meadows golf course.

The Monroe City Family Practice office was filled with smiles and a few tears on the afternoon of April 26. Friends, employees and patients came together to celebrate Dr. Dale Zimmerman’s 25 years of dedication to the community as a friend, colleague and family physician. Although leaving his practice in Monroe City, Dr. Zimmerman did not have plans to retire his medical jacket just yet. Dr. Zimmerman joined Blessing Hospital, and continues working in their Hamilton, IL office.

The Closing Response from the Missouri State Audit was received by the City. According to Jason K. Lewis, Assistant Attorney General for Special Litigation, the investigation concluded the City of Monroe City likely violated the Sunshine Law on a number of occasions in 2018. In the letter Lewis states, “Monroe City citizens were likely unaware about the full extent of the serious issues at the water plant. And they were likely unaware of the apparent need to enter into a multi-year, multi-million-dollar contract until after the Board had already voted to sign the agreement with PeopleService. The City’s lack of transparency is troubling.”

On May 3, the MFA Oil Company, along with family, friends and customers came together to honor the retirement of Ron Geist at Mosswood Meadows golf course. Geist had been the Plant Manager of the MFA Oil Company for the past 37 years.

Alliant Bank, of Monroe City, held a customer appreciation BBQ celebrating longtime employee Ed Thomas on May 10. The public was invited to enjoy a lunch of BBQ pork burgers, chips and cookies in an outdoor setting. Thomas relocated with his wife, Becky, to Booneville for his new job as Alliant Bank Regional President-Cooper County.

Arcadia Metalcraft announced on May 29, a new purchase order has been made for an aluminum casting component used in an automotive fluid transfer pump. The production solution delivers improved quality, faster cycle time, reduced cost per part, as well as lower tooling costs for a major fluid power pump provider used in Chrysler vehicles.

The Monroe City Public Library hosted a Retirement Celebration Open House to honor long time librarian Carroll Hood. Hood retired from the library earlier this year. The celebration will be held on Sunday, June 9 from 1-3 p.m. at the Monroe City Public Library. Hood retired from the library after working there for the past 53 years.

Downtown Monroe City (DTMC) helps bring life to the downtown area by awarding three businesses on Main Street a $1000 matching grant on June 17. DTMC received six applications for grant. The grants were given to help support the improvements of the downtown buildings. Business owners and members of the community filled the street as DTMC presented Long Brothers, LLC, Leah Dodson and Matthew Perrine each a check.

There were lots of spoken oohs and ahhs, as Maddie’s on Main opened their doors to the public on June 21. As guests arrived, Co-owner, Leah Dodson welcomed everyone for the establishments soft opening. Manager, Jennifer Smith and Bartender Sam Lantz, stood eagerly ready to serve customers as they took in the newly remodeled atmosphere.

The Monroe City General Veterinary Clinic welcomed Dr. Stacey Griesbaum to their staff. Dr. Griesbaum, originally from Plainfield, IL, and currently resides in Palmyra with her husband, Cody Griesbaum, who is also a veterinarian. Dr. Griesbaum graduated from the University of Missouri in May 2019 and plans to stay with the Monroe City General Veterinary Clinic long-term.

The Missouri State Auditor, Nicole Galloway released the findings of the Tenth Judicial Circuit City of Monroe City Municipal Division audit. In the areas audited, the overall performance of the entity was rated as Good. Auditor rating results can be rated as Excellent, Good, Fair or Poor.

The Monroe City Hannibal Clinic opened the doors to the newly built clinic on July 25. The new office provides 4,800 square footage, doubling in size, compared to the old office. The new office serves the community with three doctors.

A visit to South Lake was alarming to visitors who did not know the City was working on the spillway project. Several residents had voiced concerns wondering why one of their favorite spots in the community appeared to be drying up with a considerable lower water level.

The Monroe City Emergency Services Back to School Bash was held on August 6 from 5-8 p.m. at the St. Jude’s Park. The park was filled with children of all ages ready to participate in the water activities planned for the evening. On arrival, parents were seen receiving a bag filled with school supplies for students in grades pre-k through eighth. The Monroe City Community Task Force donated enough school supplies for 180 students for the 2019-20 school year.

After being closed for the past five months, a local favorite reopened its doors for entertainment. Main Street Lanes hosted their Grand Opening on Saturday, August 17, from 2-4 p.m. The bowling alley, formerly known as Pal Bowl, is located at 715 North Main Street, Palmyra. New owners, Doug and Gayle Voepel, of Palmyra, invited the public to see the new updates to the facility, sign up for leagues and enjoy cake and punch, along with a ribbon cutting at 2 p.m.

The Farmer’s Elevator and Exchange Company celebrated their 100 year anniversary on August 24 with a fish fry from 11 a.m.-1 p.m. The celebration was open to the public. Guests enjoyed live music from local band Howard Lake and Family. There were door prizes for those attending. The event was held in the main office warehouse.

The Opera House celebrated their Tenth Anniversary on August 17. Co-owners Georgia Rothweiler, Sally Hawker and Penny Delaporte had the doors open to welcome new customers and returning customers to visit, shop and enjoy a variety of refreshments, made by Tracy Shively, with a lemonade theme.

Community members gathered behind the Monroe City High School cafeteria on August 21, to break ground and kick off the construction of the new agricultural building. School faculty, board members and community leaders stood with smiles during the ground-breaking ceremony, as they dug shovels into the ground for the 8.5 million dollar project to begin.