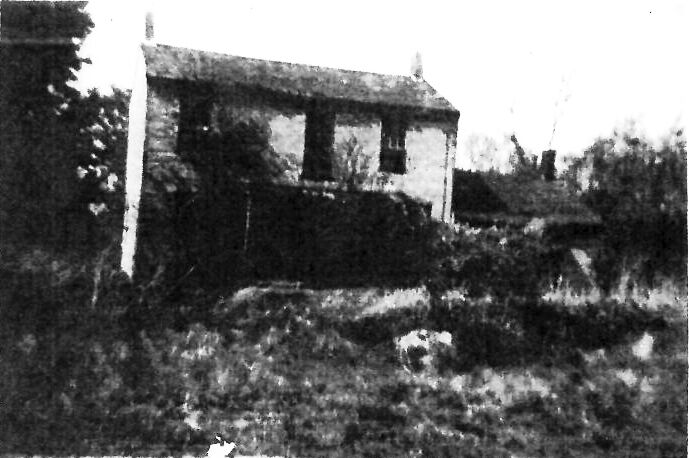 A picture of the Virginia House prior to the destruction of the building. 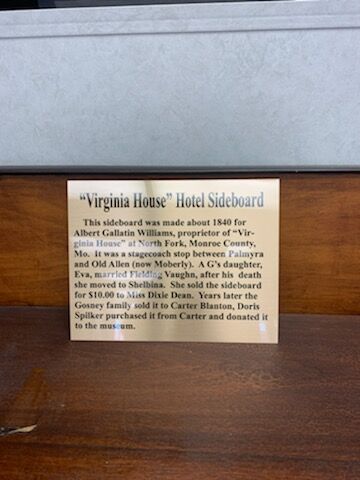 Standing like a bright beacon on a high hilltop

During the late 1830’s, people were seeking land and prosperity for their families. People were moving westward in large numbers to find the American dream of having something of their own. There was a desperate need for safe places of overnight sleeping accommodations, thus came the construction of the Virginia House in 1837 and completion in 1838.

One way of travel was the stage coach. The need was so great, there was two routes passing by each direction. One came from the east and the other from the west. The two west bound coaches followed the Centerville trail, stopping at Moberly and the two east bound coaches would travel with one headed to Hannibal and one to Palmyra.

Stage coaches did not have todays luxury of headlights, only candle lit lanterns, making after dark travels dangerous. There was also dust, rain, snow, ice, the ride of being beat up and down, back and forth on the bumpy road making the days trip, about 15-17 miles on average, a long journey. The stage coach also brought news from surrounding towns, mail and supply orders.

Those journeying to the North Fork area, through Monroe County, would arrive to the Virginia House to see a home constructed of logs, clad in wood siding, which was painted and had a wood shake roof. The inn faced south, with the road running east west. The main structure was a slightly larger design than the usual two-story homes built during this era. The construction included two one story ells. Located on the east end was the cooking quarters which included a stove. The second ell was added to the north for additional sleeping quarter, but the upstairs served as the main sleeping area. Included was a front porch where the front entrance could be found with a large dining room on the right, a very large and long dining table. The room to the left was the lounge, which was used for meetings and resting. Located at the location was also a livery stable for the horses to rest as well. 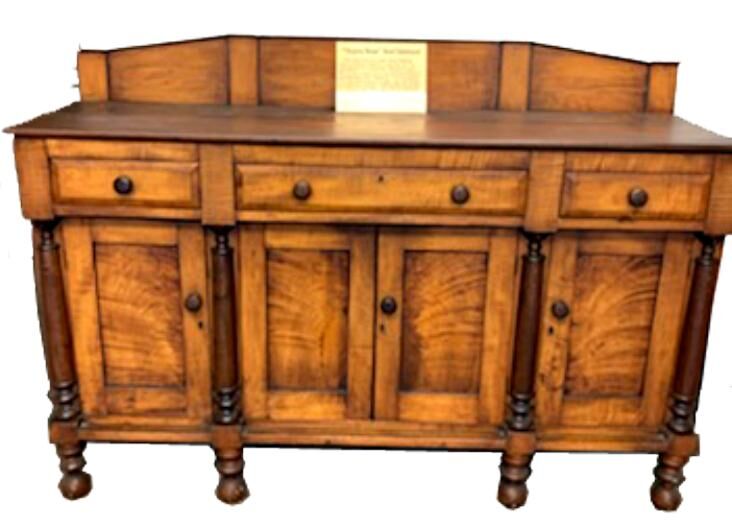 The inn served guests a meal and made a journeyman’s stay restful. A person dining at the Virginia House could enjoy a meal of pork, small wild game and birds, fish and on occasional beef dinner with sides of potatoes, beans, bread and a very simple dessert, revolving around what was in season such as peaches, pears, apples, blackberries, gooseberries-all made into pies and jellies.

Originally built by two brothers, Spotswood S. Williams and Albert Gallatin Williams. They named the place, “The Virginia House”, and was later known as “The Stage Coach Inn”. The house later became home to residents before it fell into disrepair and rotted away with years of memories. Porter Moss, of Hunnewell shared his memory of seeing the structure, stating, “The last time I remember seeing it, there was a Mr. and Mrs. Glenn Hightower and daughter living in it. Later, I recall going by and it was gone becoming history.”

The Virginia House may be gone, but a visit to the Shelby County Historical Building in Shelbyville has the side board in their museum. The side board was located at the front entrance of the house, storing the dinner linens, serving pottery pieces and the eating utensils of knives, forks and spoons for the guests.

Weather played a big part in travel during this time period. If the water was too high guests would have to wait at the Virginia House to cross the Salt River at North Fork. There was a small ferry to help those traveling cross when the low water crossing was too deep. The west bound stage coach would stop on the north hilltop above the Virginia House to blow a horn, signaling their arrival would be soon. As travelers arrived for their overnight stay, they must have breathed a sigh of relief as they pulled up to their destination after a long day’s travel.

Standing like a proud light house, the Virginia Inn, served as a bright welcome beacon to all who were arriving including mail call, the news of distant towns, travelers and supplies. The inn now serves as a historical memory known for its strength and welcoming presence it gave to those traveling to and through Monroe County.