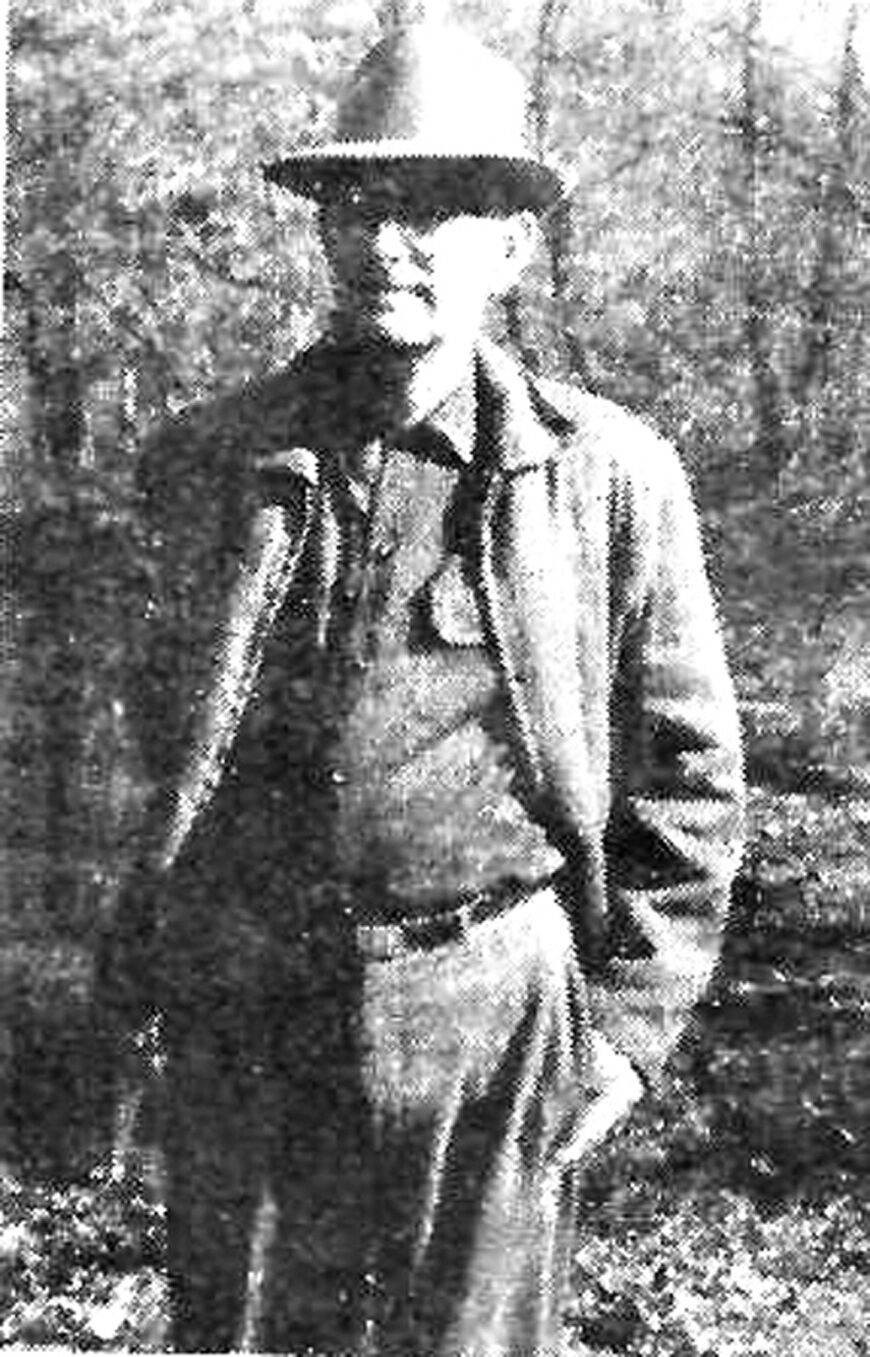 Photo from the Hunnewell Standard. 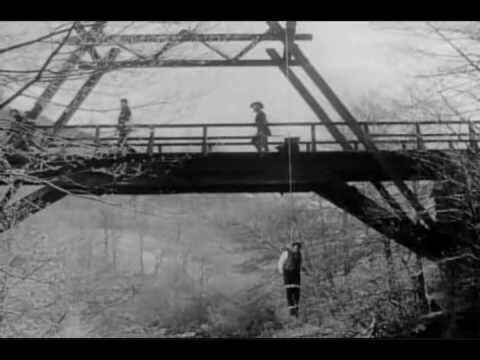 The North Fork area records several anger motivated murders for the area from the first year of the Civil War, 1861 until 1968.

An early film, “French Adaptation”, depicted lynchings that were popular in the early 1900’s. 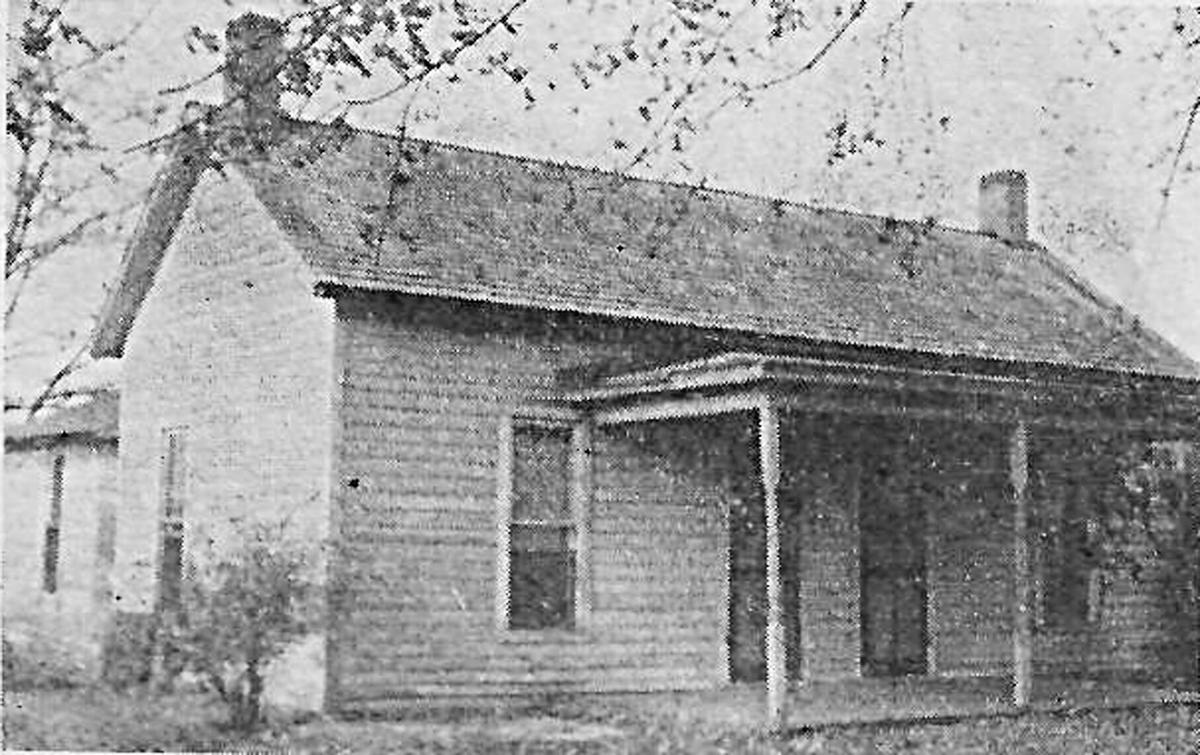 The home of Witherup, where Grow was murdered.

Another murder in North Fork; anger rages the farmland

The day was April 17, 1902, about three miles northeast of North Fork was the home of widow Long, which set west about one forth a mile from what is now Route V.

The farm was rented by Abraham Witherup and co-farmed with William Thomas Grow, age 22. During these times, when a day’s work was finished, the first in from the field watered his team, removed and hung to dry the leather harness, and placed food in the feed boxes.

On this day, Grow headed to the kitchen after tending to his team. He started the kitchen stove fire to prepare for the evening meal and sat down in a chair and fell fast asleep. The flue damper and front air flow adjustments were in the full open position to speed up the fire. The unattended fire soon grew very dangerous as Grow slept. Little did the sleeping man know, it would be his last day of hard work on the farm.

Witherup returned from his days work on the farm to find the kitchen stove blood red from the legs to the flu, with Grow in a peaceful slumber as the flames threatened to overcome the whole house. Witherup’s temper began to match the hot stove, grabbing a sharp split stick of wood, and lashes out in anger, hitting Grow in the head.

Grow, waking up wounded, staggers around on his feet attempting to defend himself. Witherup strikes the young injured man again, this time with a hand hatchet and proceeds to strike Grow with what was later determined as severe blows to the head, killing the innocent man.

Witherup then left the house and walked three-fourth of a mile towards North Fork to his brother-in-law’s house, Bill Gray. Witherup needed to borrow his wagon and ask for his assistance in moving and loading the body of the dead man.

The two, Witherup and Gray, return to the murder scene after dark to clean up the mess fueled by anger. The two men came up with a plan to change Grow’s clothes, to make it look like he was not killed at this location in an attempt to cover up his poor choices. Witherup and his accomplice, loaded the body and headed to Salt River, near the paint banks, to dump his body in three to four-foot deep water.

The next day, Witherup visited the John O’Daniel Pharmacy and Hardware store in Hunnewell, to purchase a can of red paint. With the red paint, he attempted to paint over the blood stains on the floor.

The paint banks on the Salt River were often used as picnic grounds for locals or those traveling. The ice house was also near the site, where saw dust was used to insulate the stored winter ice. While working at the ice house, a young man noticed a floating object in the river. Sending his dog in the river to retrieve a stick, bumping the object, causing the object to move and reveal the human remains of a mutilated beaten skull.

Excitement explodes in the area with the finding of the dead body. The law was notified and an investigation developed. The body was identified as William Thomas Grow. Officers visit the home of Witherup, to discover a bloody murder scene with an attempt to cover up the details.

Witherup becomes a suspect and is found staying with the nearby Grow family, located two miles east of Paris. The Monroe County Sheriff’s Department goes to the home and arrests Witherup, transporting him to the Monroe County Jail.

The three young men who found the floating body were listed as T.C. Bastian, Gene Crow and Jim Cullifer.

There were extreme feelings towards lynching by hanging for Witherup in Monroe City, Shelbina and Paris. The first attempt to hang him involved nearly 12 young men from the North Fork area, who had openly talked about the plan. This plan was relayed to the Sheriff’s Office, who were ready and waiting for the men’s arrival to the County Jail. The 12 men rode up to the courthouse in Paris and were met by the deputies, who quickly disarmed the men and sent them home with no lynching.

Two days later, on May 2, 1902, four older ex-confederate soldiers and farmers rode away from their homes and headed to Paris. At approximately 1:30 a.m., the four men entered the jail and found the prisoners being guarded by sleeping deputies. The deputies were disarmed and locked in an empty cell. The men ran into trouble though, finding the keys to open Witherup’s cell had been hidden. The four men had to pry and bust the lock.

Witherup heard the men trying to free him, stating, “James is that you?” One man replied, “Yep.” Witherup answered, “I knew you would be coming.”

As the men retrieved Witherup, they carried with them a hang man noose, which was already tied and ready. Placing the rope over Witherup’s neck, they led him to the bridge over South Fork Salt River, known as Palmyra Ford, at the entrance into Paris.

The rope was secured around and tied down over the top rail of the bridge. Witherup’s hands and feet were bound, as he was lifted up and placed up right on the flat top of the main brace of the bridge, the men asked him if he had any last words. Witherup replied, “No, I have already said my prayers and I am ready.” Mr. Grow was offered the job of pushing Witherup, the man who had murdered his son, off the bridge railing. Mr. Grow hesitated and one of the four men bumped him, knocking Witherup over the side to his death. The four men had to grab ahold of Mr. Grow to prevent him from falling off the bridge, pulling him to safety.

Witherup’s sister refused to claim the body, and he was taken to the Pottersfield City Cemetery for burial.

There was a mock attempt to identify and try the four older farmers and others in the crowd who were all well known. Nothing ever became of the lynching and all remained free.

Abraham Witherup came to Missouri from Kansas, where he was suspected of killing a young man under similar circumstances, but was never prosecuted because of a lack of evidence.