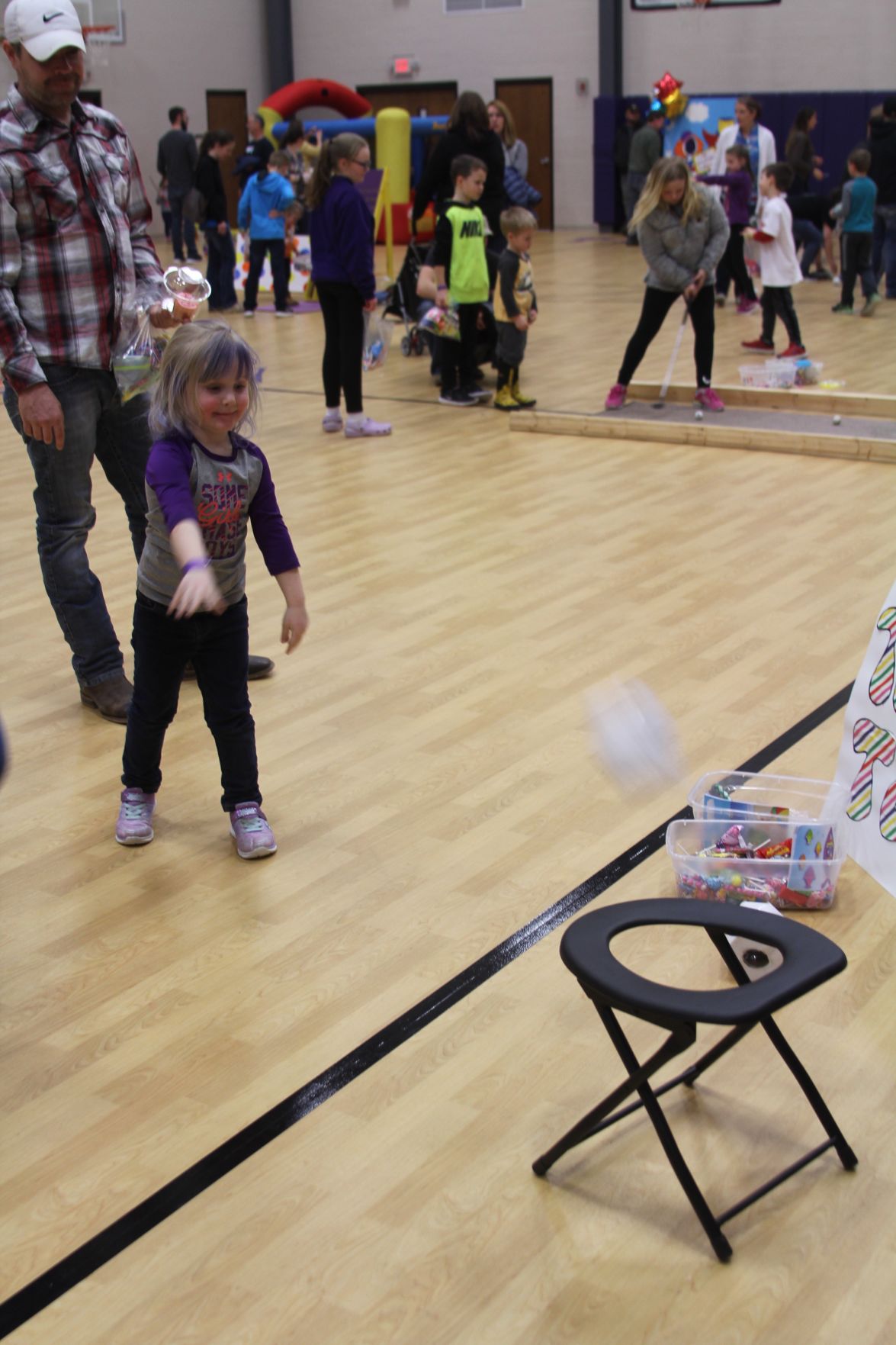 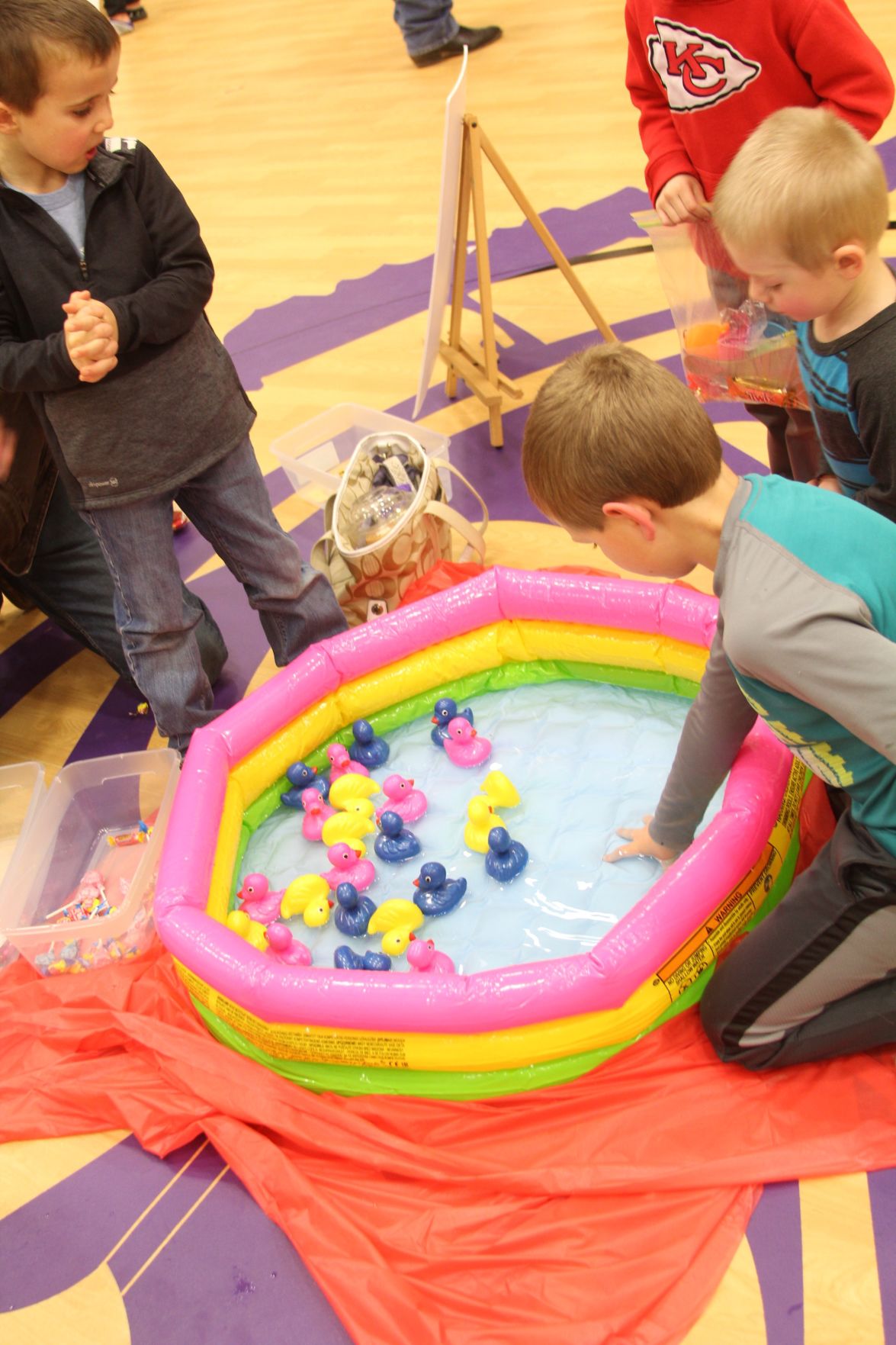 Students of all ages enjoyed the duck pond game at the center of the carnival at the Holy Rosary School on Feb. 21. 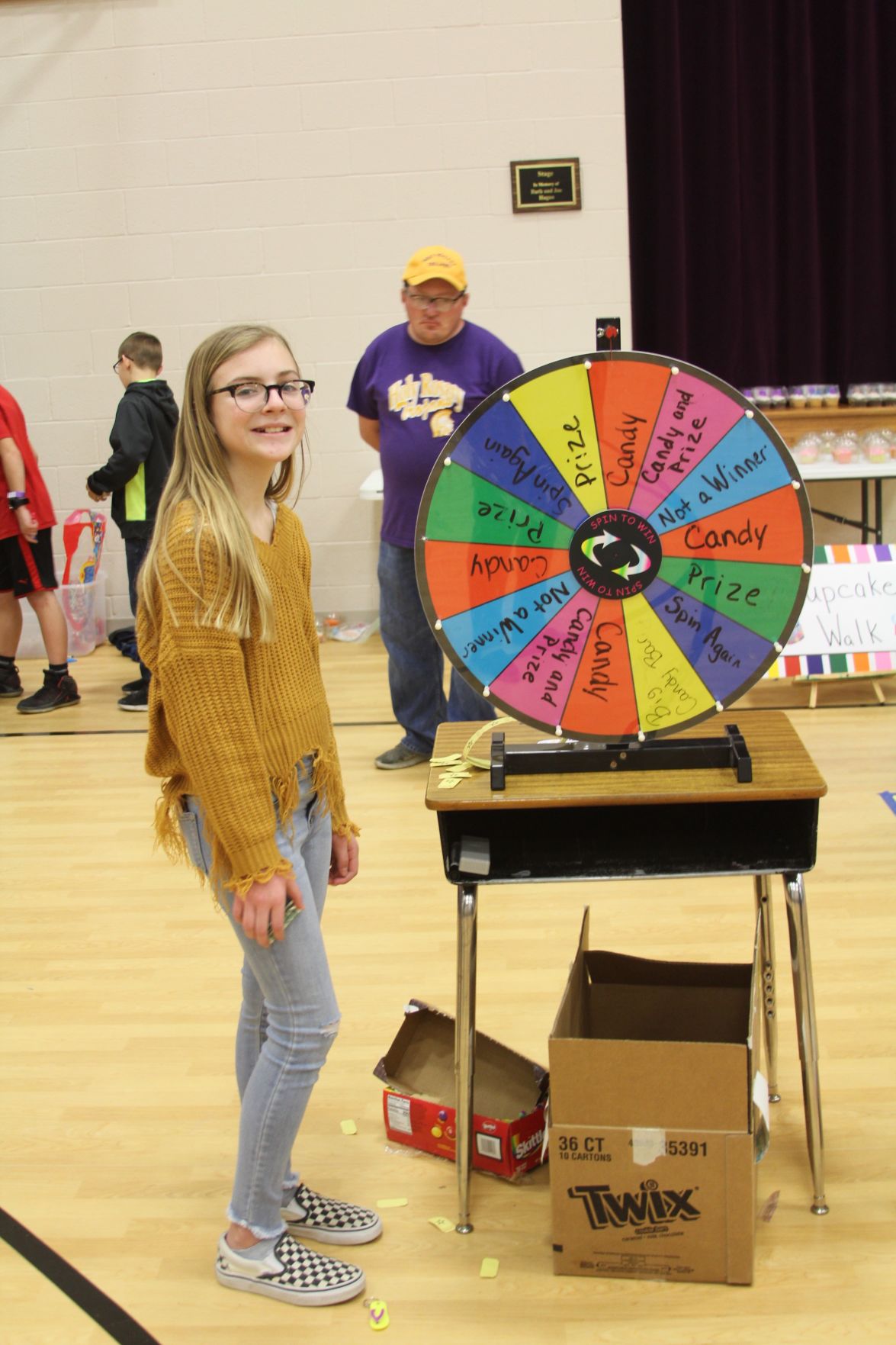 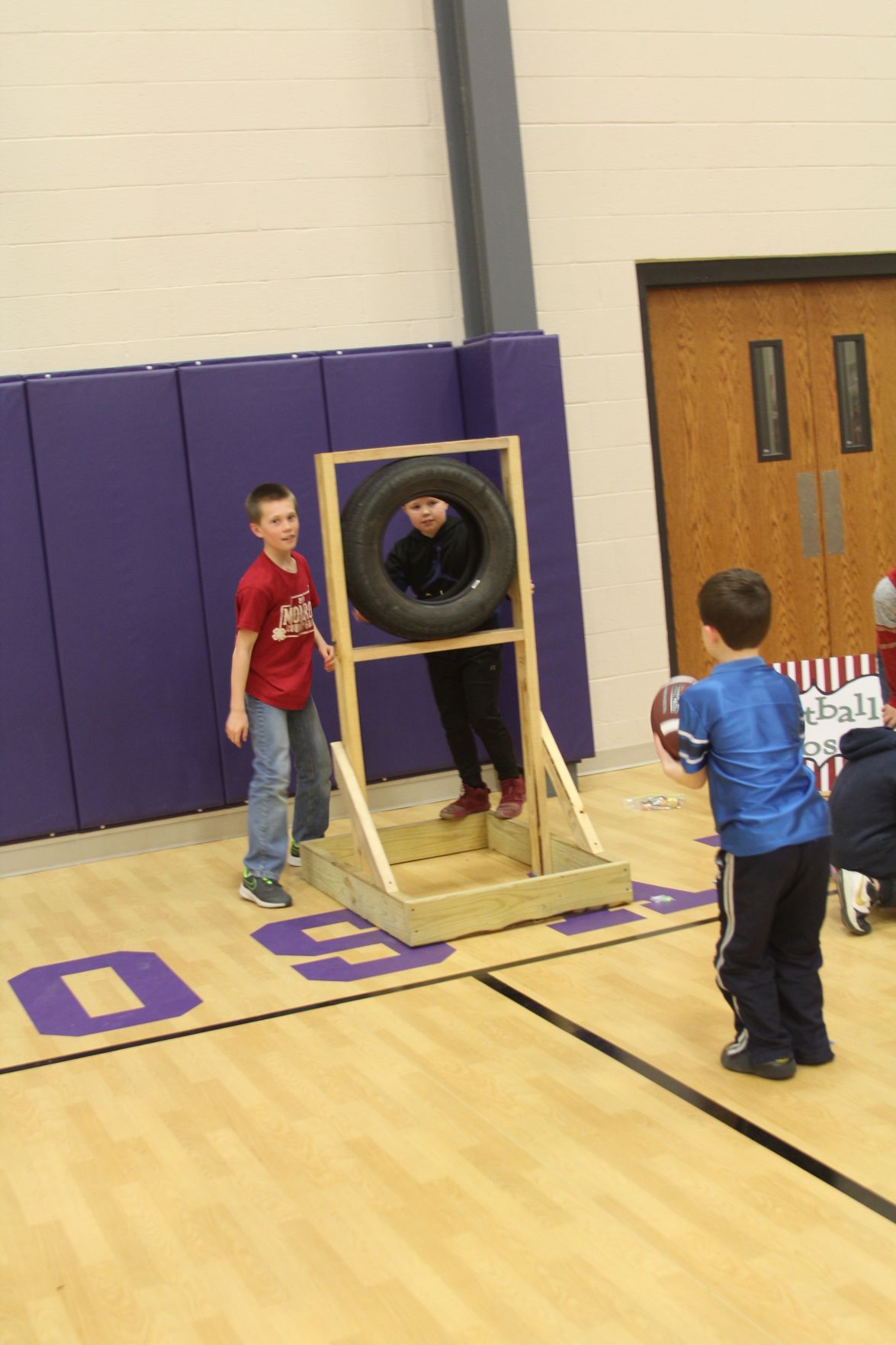 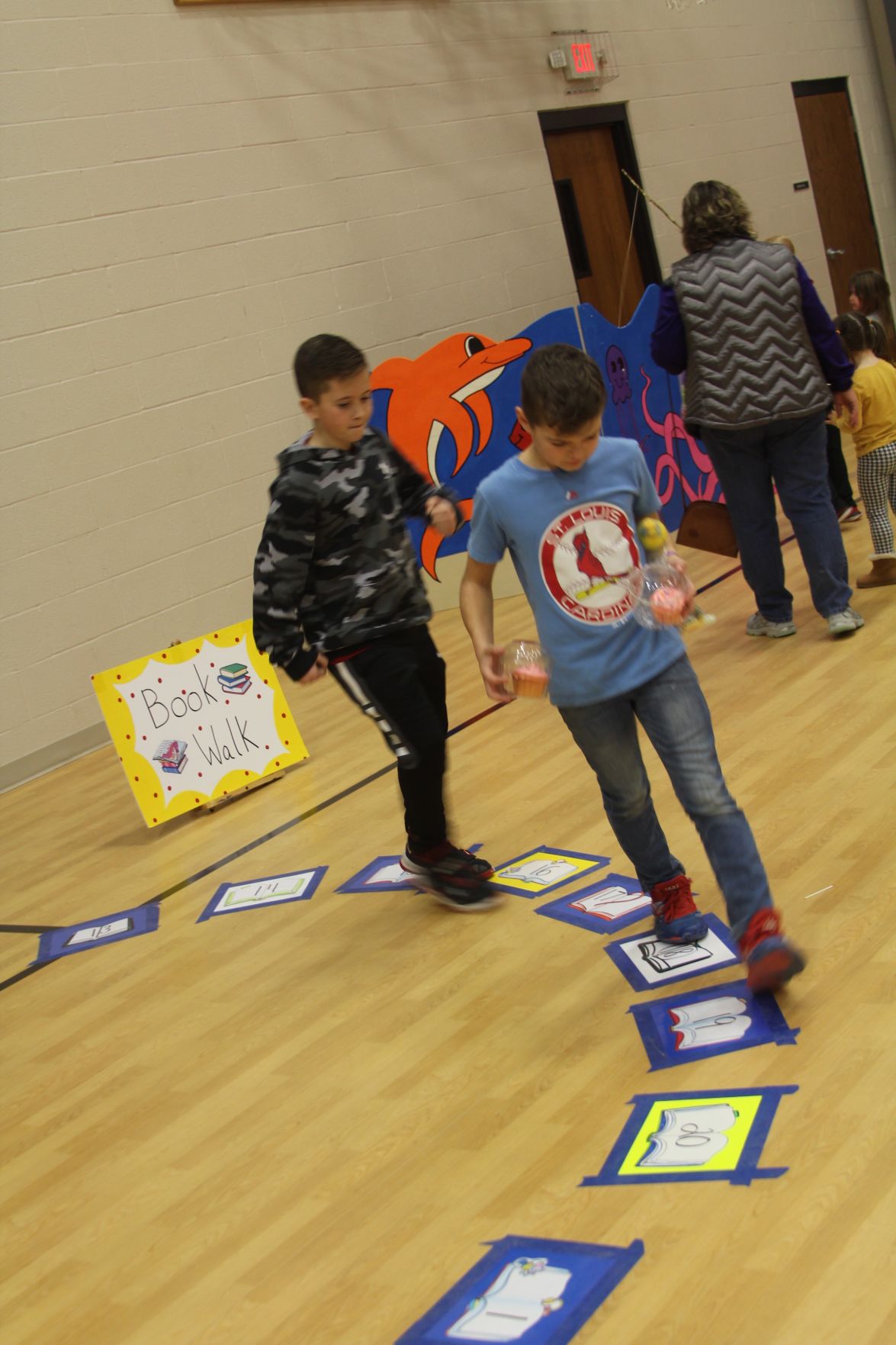 The cake walk was a popular game, as students competed for a sweet treat. 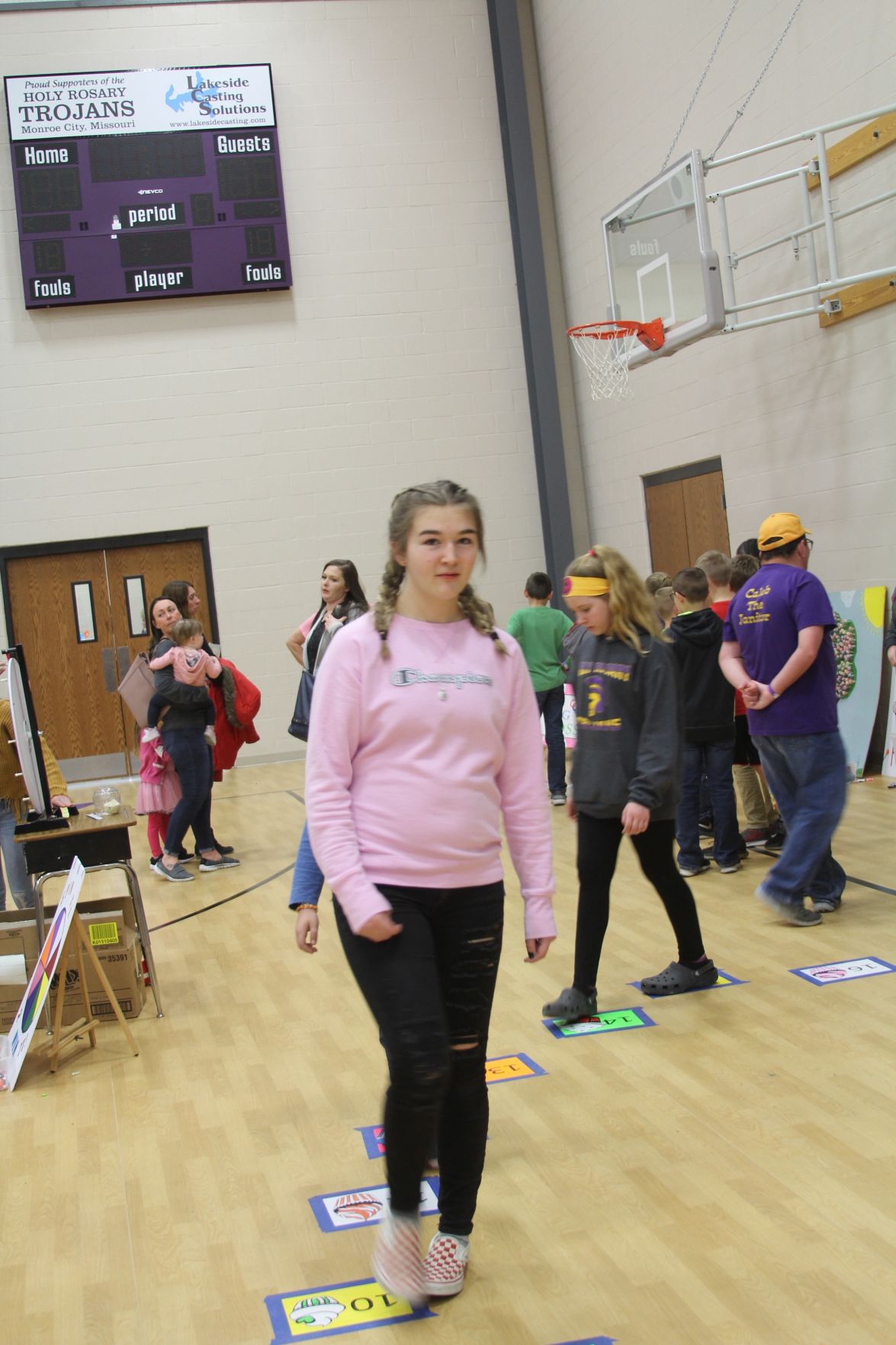 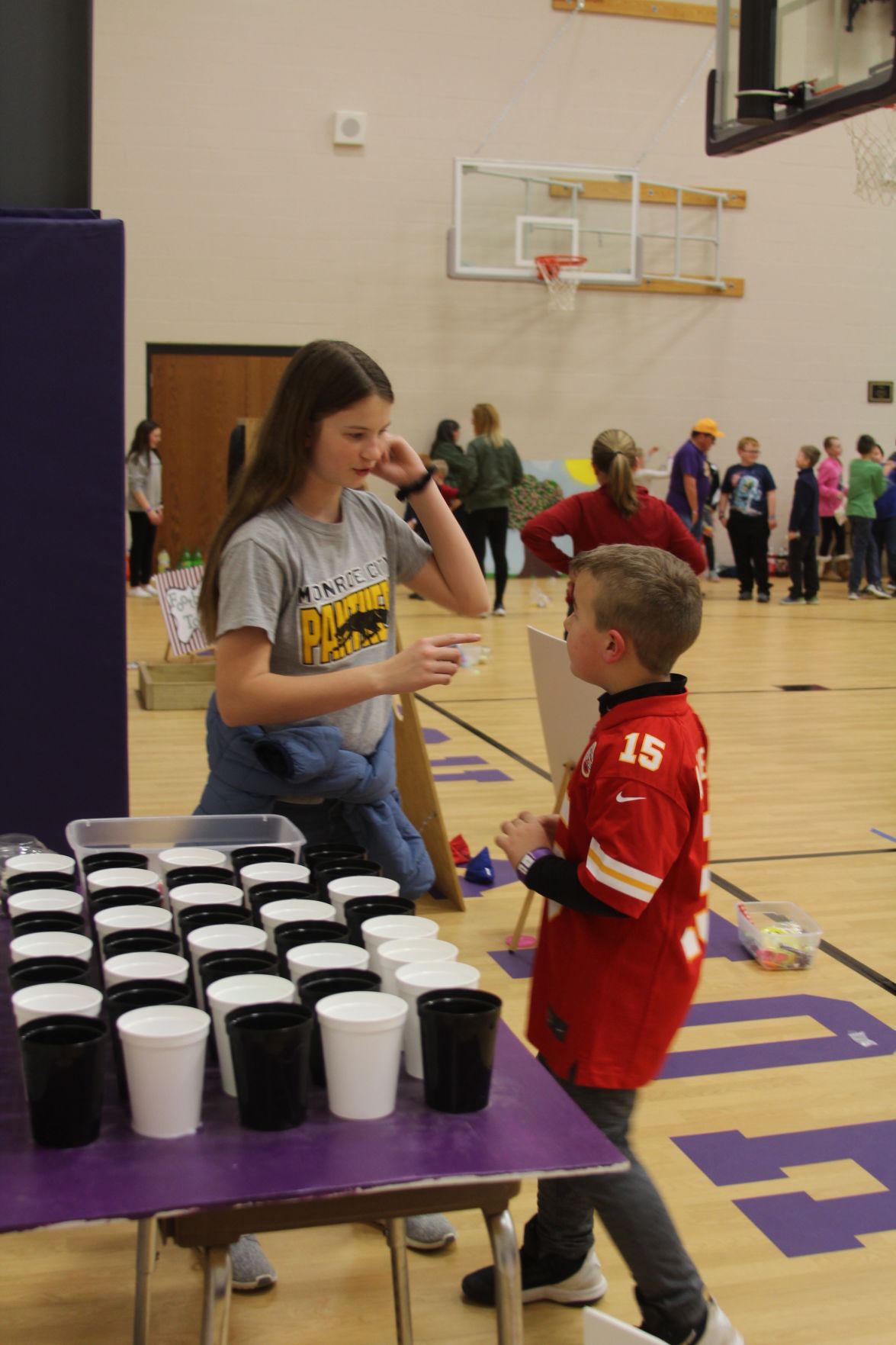 Students worked during the carnival handing out prizes.

The Holy Rosary School saw a packed house as they hosted their third annual school carnival on February 21, from 5-8 p.m. Students brought their families for an evening filled with fun, food and games. The event was hosted to support the fundraising efforts of the Holy Rosary School.

The event took place in the school’s gymnasium and cafeteria. Family members and students worked the different game stations at the carnival. A popular event, was the cupcake and book walk. Children walked in a circle with a numbered path waiting for the music to stop.

As the music stopped a number was drawn, the child standing on the number was able to pick a cupcake from the cupcake walk or a book from the book walk. There were two tables, one filled with books for children of all ages and the other filled with cupcakes of all flavors.

Other games for the evening included a football toss, a ring toss with the prize being the 2-liter soda bottle ringed, duck pond, jump house, bean bag throw, face painting, a fishing game and ball toss games. New to the carnival, was the toilet toss. Children took turns trying to toss a roll of toilet paper through a toilet seat to win a prize.  All the games ended with a prize for each player of candy or a small toy.

Children were seen carrying bags, which were given to each child on arrival to collect their winnings. Smiles and the sound of laughter was heard throughout the evening. Students were able to play unlimited games with the purchase of a wristband for the evening event. A face painting booth was also available for guests to have their favorite artwork displayed on their faces.

In the cafeteria, families could purchase food along with snow cones which seemed to be a popular item for all ages. A silent auction was also available for bidders to make their bids throughout the evening. The items ranged from kids toys to hair products, having something for everyone’s interest.