Free access for current print subscribers
Get Started
You are the owner of this article.
Edit Article Add New Article
You have permission to edit this article.
Edit
Home
News
Sports
Living
Announcements
A & E
Features
Obituaries
Classifieds
Coronavirus News
Missouri Marketplace
The Job Network
1 of 9 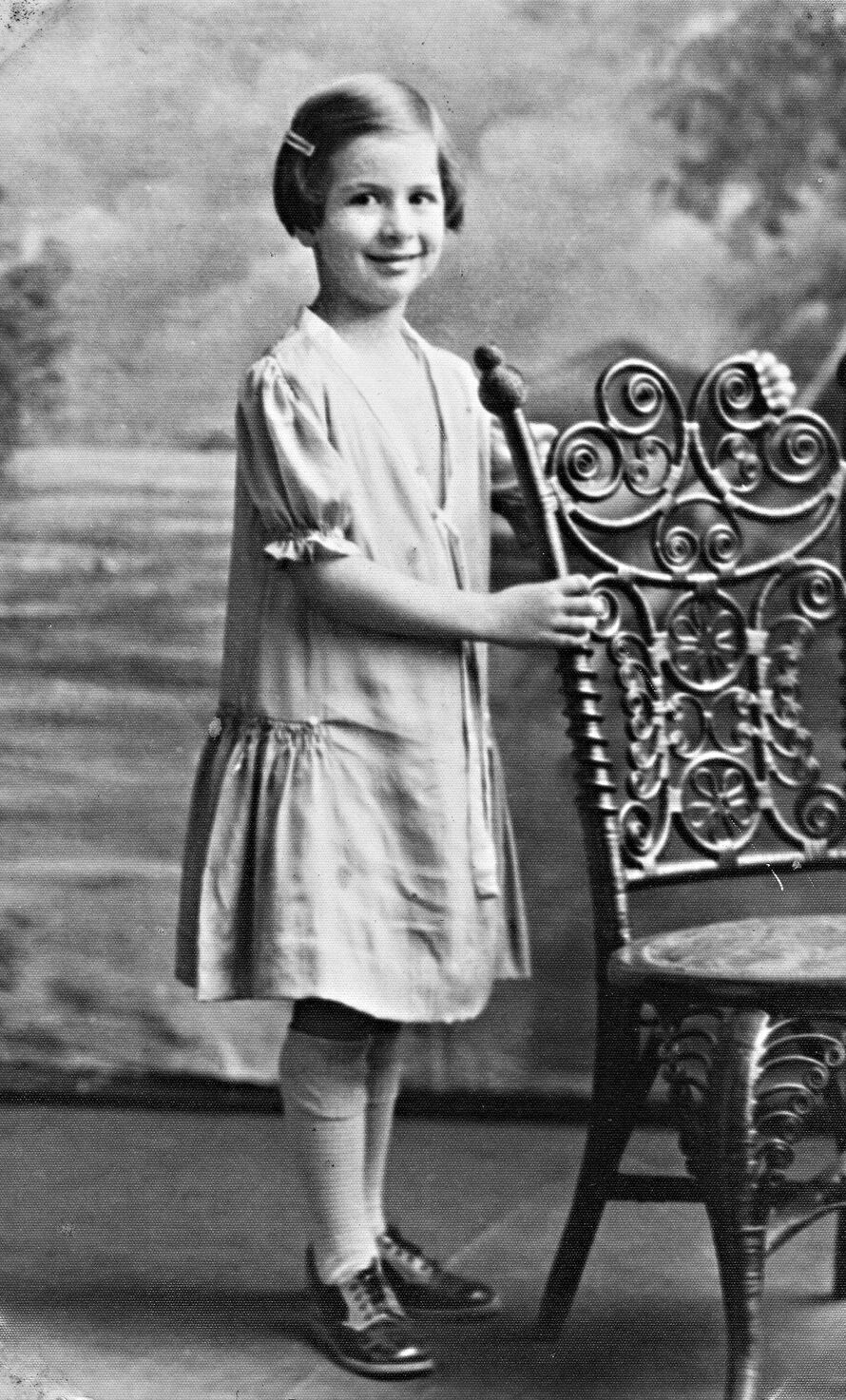 Selma during her elementary years, age 7. 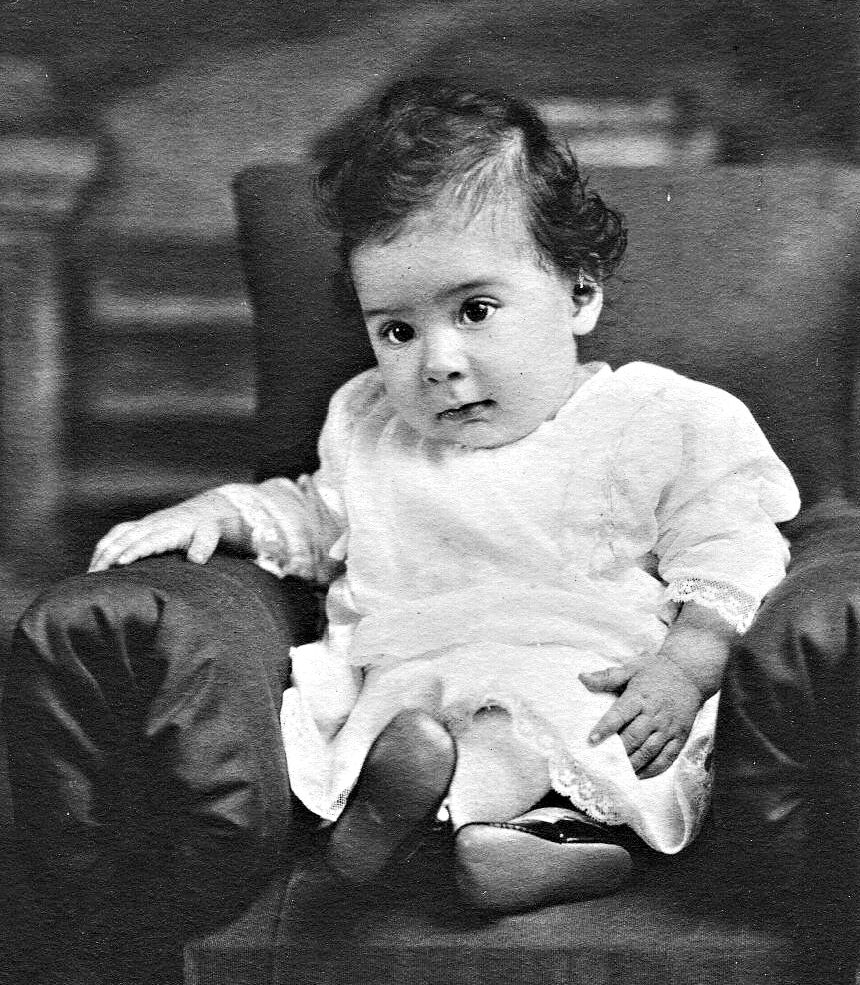 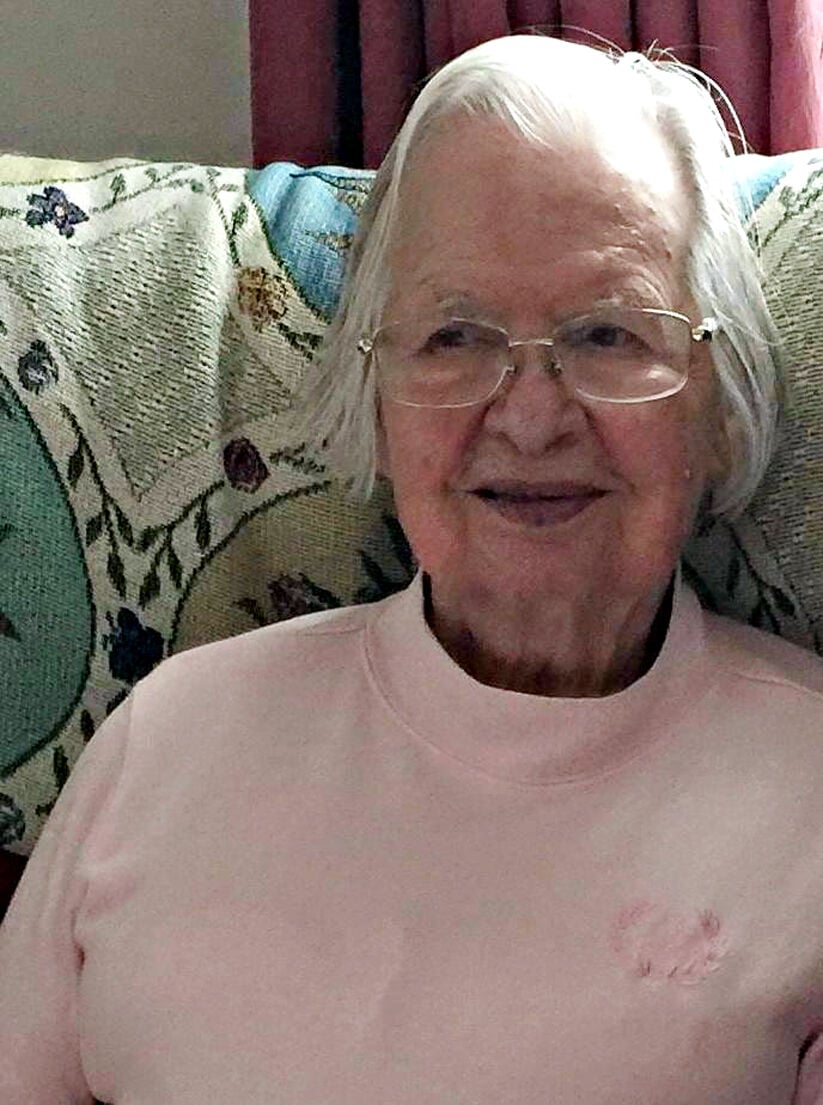 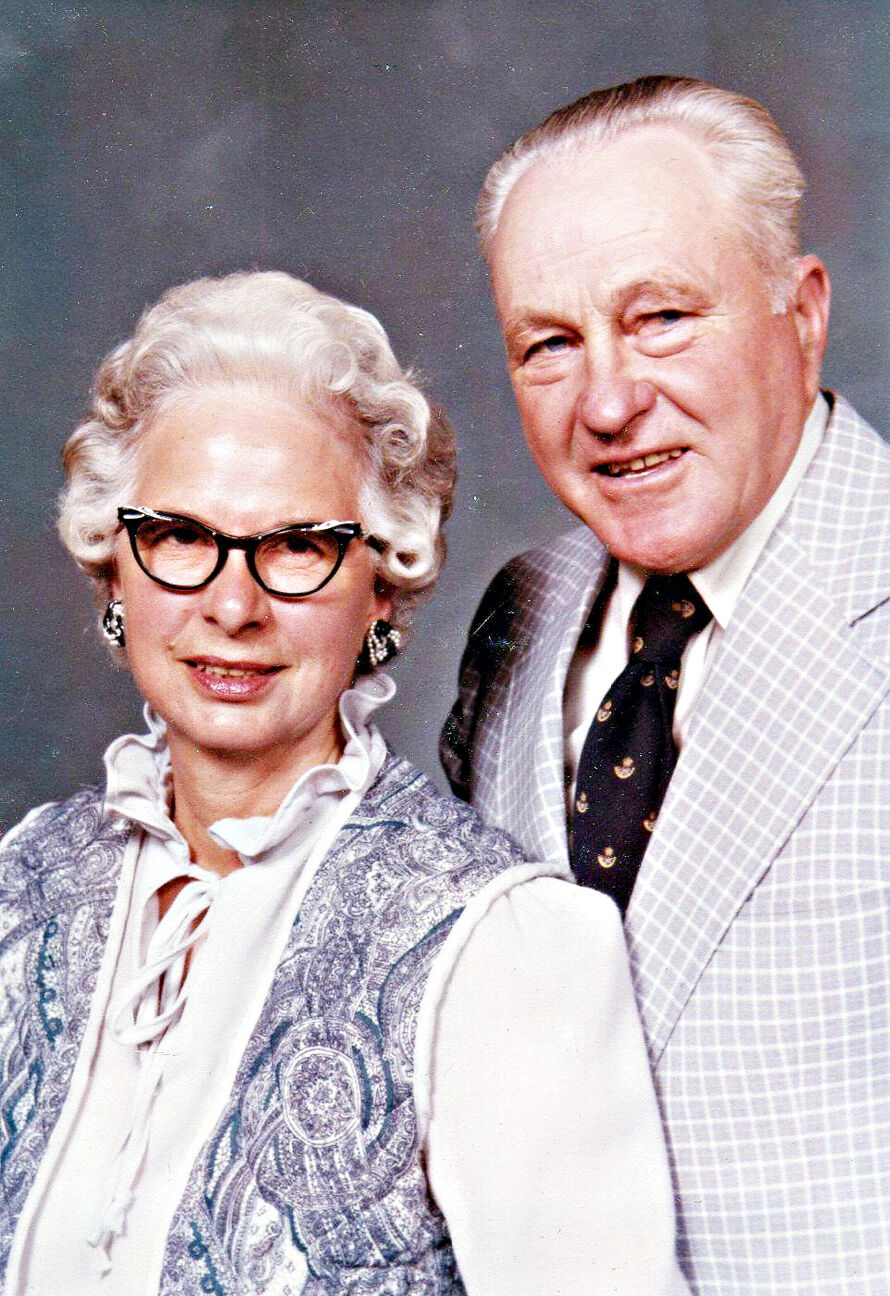 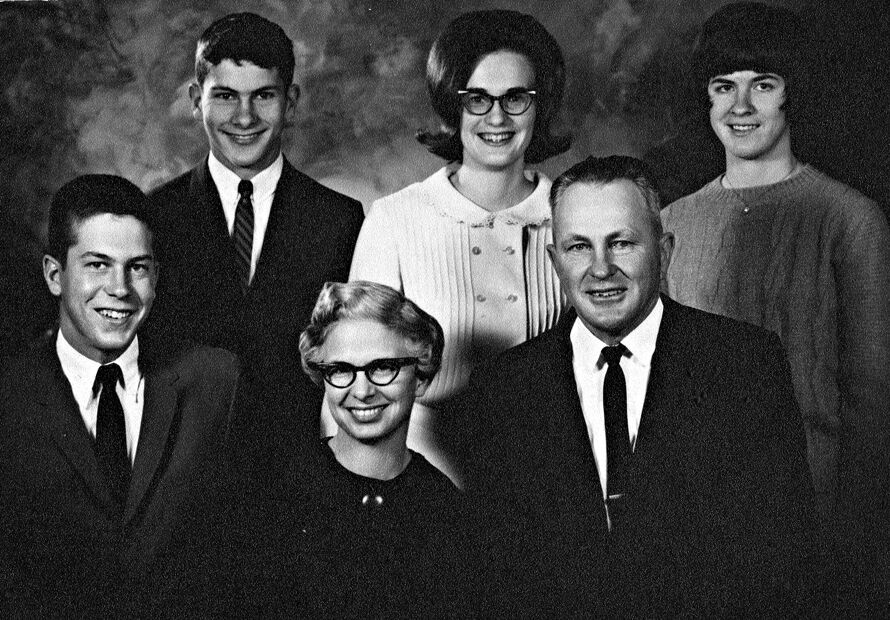 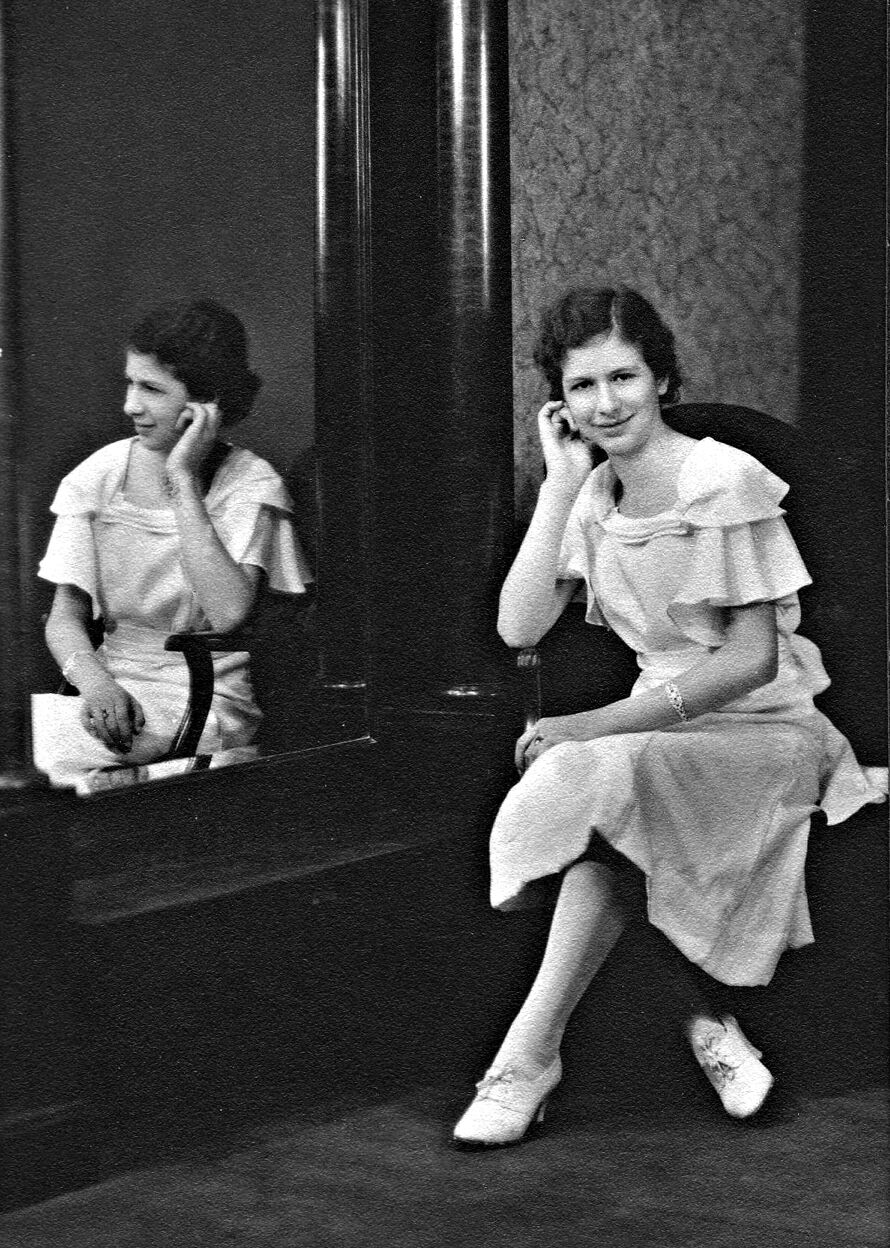 A beautiful portrait of Selma at the age of 15 years old. 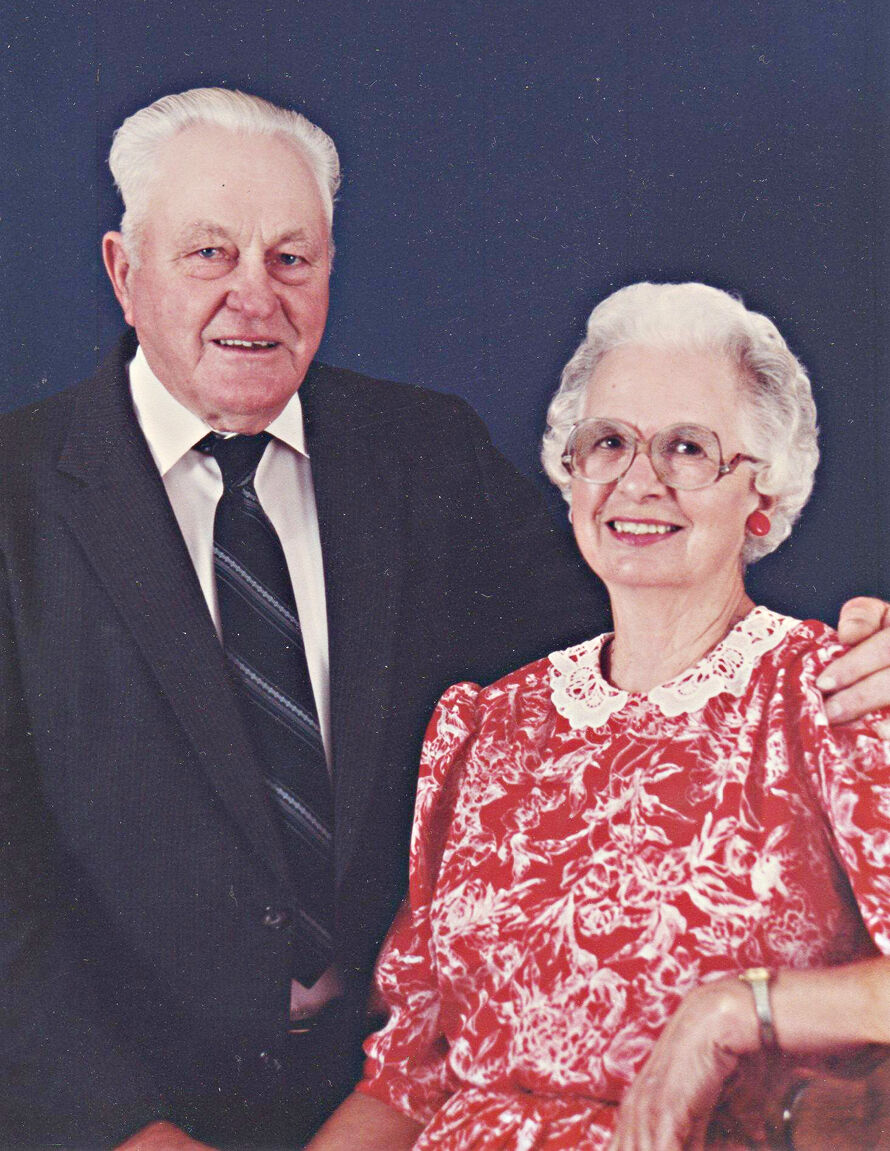 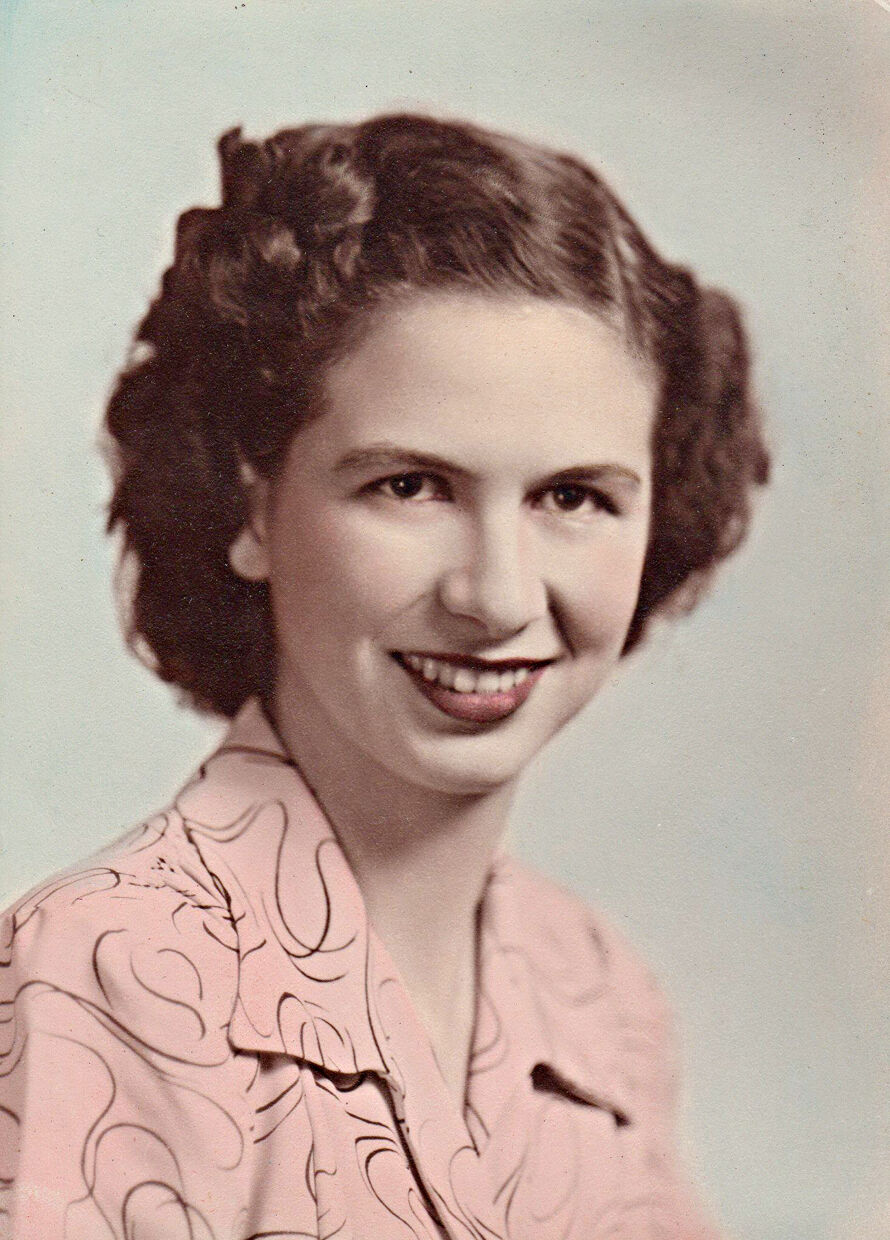 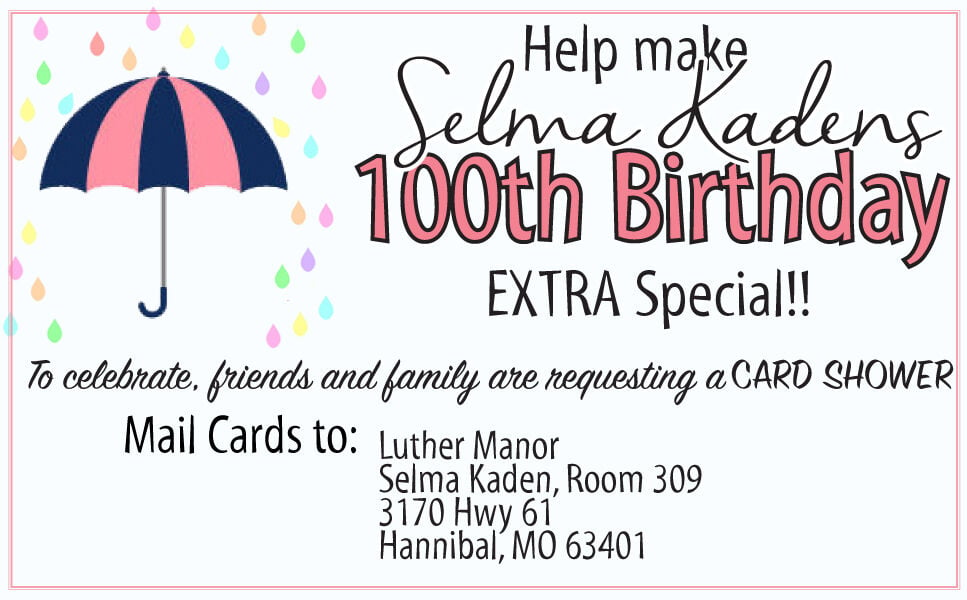 Send Selma a card for her Birthday.

A milestone is a significant point in development. Milestones are marked and celebrated throughout the lifetime of those around us. Local resident, Selma Kaden, will reach a milestone worth celebrating on November 26, as she turns 100 years old, adding yet another significant point of experiences to the family memory book.

Born, Selma Marie Straub, in Marion County, near Ely, she was welcomed home as the only child. Growing up on a dairy farm, Selma was no stranger to hard work. The house was heated by a coal stove, where sometimes wood was used and they butchered all their own meat, including beef and pork.

Selma learned the meaning of caring for others at a young age. As a young girl, she recalls her Grandma Straub was disabled by rheumatoid arthritis. Selma stayed often at her aunt’s house, left with the responsibility to watch over her Grandma, helping to provide any needs while her aunt ran errands or worked in the garden.

As a child, she remembers visiting her grandparents before Highway 36 was paved. Selma shares, “I remember going to see them in a buggy drawn by a horse. The dirt roads were sometimes very muddy. This was before the highway was paved in 1924.” She also shared memories of going to the apple orchard on her Grandparent Mette’s farm. “Blackberry picking in the woods and my Grandfather sitting at the kitchen table in his chair, while all the activity and visiting went on,” Selma added.

During these times, Selma remembers her father, Charles Theodore, hauling gravel in a horse drawn wagon for the concrete to be poured with the development of the upgraded roadway. Selma explained, “In those days, gravel and cement was mixed on location to be paved.” Selma remembers their family rented a room of their four-room house to a couple with a little girl, along with boarding a couple of workers, too. The workers slept in the cellar house, which was above the cellar. The next year in 1925, at the age of five, the family built on two rooms for the upstairs to expand their living space.

Selma includes the milestones of her faith by sharing her favorite memory verse, which is 1 Corinthians 6:20 which reads “For ye are bought with a price. Therefore, glorify God in your body and in your spirit, which are God’s.”

Attending to her family was an important part of Selma’s life, this included her church family, where she became a member of the Our Savior Lutheran Church in 1985. Selma was baptized, just 16 days old, in West Ely at the Immanuel Lutheran Church.  Here she was also confirmed when she was 15 years old. Selma shares her favorite hymns are Just As I Am, In the Hour of Trial, Amazing Grace and Oh Lord My God Cry to Thee. She shares her prayer for her family is Holy Father, in Thy Mercy with her favorite Psalm being Psalm 25.

Selma received her education at the Crabapple country school. She began first grade in 1926, attending until eighth grade. One of her elementary accomplishments was the fact she was never absent or tardy in all eight years of school. Selma shares, “I walked two miles to get there over dirt roads, and up and down a couple of steep hills. I remember one time it was so muddy on those hills, my boot and shoe came off in the mud, and my cousin helped me get it back on.” There were also cold days, with slick hills iced over. She states, “A time or two I would sit on my lunch box and slide down for fun.”

Growing up, Selma remembers using kerosene lamps to study lessons, attending her first seven years of school without electricity at the farm. In 1933, electric was available to be added to their farm. She shared the memory of the new advancement, stating, “Oh, goody, we had a radio to listen to. I especially enjoyed listening to Amos and Andy, along with the Lum and Abner show.” The family also enjoyed Saturday nights tuning into the Grand Old Opry. Selma explained this was their entertainment, and continued to be until 1956, after she had gotten married.

At the age of 20 years old, her family moved to Hannibal, creating a new milestone of opportunity for Selma. She obtained various types of work, her first job being to pick strawberries in the spring of 1940. She also spent a short time doing housekeeping and caregiving, worked as clerk in a department store, and was employed for Wendt-Sonis Carbide Company for three years during World War II.

On January 1, 1946, she married the love of her life, Frederick Charles Kaden, of which they shared 62 years of marriage before his passing. The two moved to a farm in Ralls County in 1961, where they lived until 1993. While living here, they raised four children, Maxine, Ivan, Karen and Harlan. Selma assisted her husband on the farm and worked at Kuhlman Diecasting at this time. In 1993, Fred and Selma sold their farm and moved to Monroe City.

Continuing her gift of giving and caring throughout her life, she became a member of Ladies Guild and Voters Assembly, served as treasurer of the congregation at her church for five years, volunteered as 4-H leader, was a former member of DeMoss Sunshine Club and delivered Meals on Wheels from 1989-2002 for the Monroe City Nutrition Center.

As Selma reaches another milestone, her 100th birthday, the family is asking the community to take part in sharing love with such an amazing mother, grandmother, sister, aunt and the many more titles she has held throughout her lifetime with a card shower. Make Selma’s day extra special by mailing a card or note to Luther Manor, Room 309, 3170 Hwy 61, Hannibal, MO 63401.