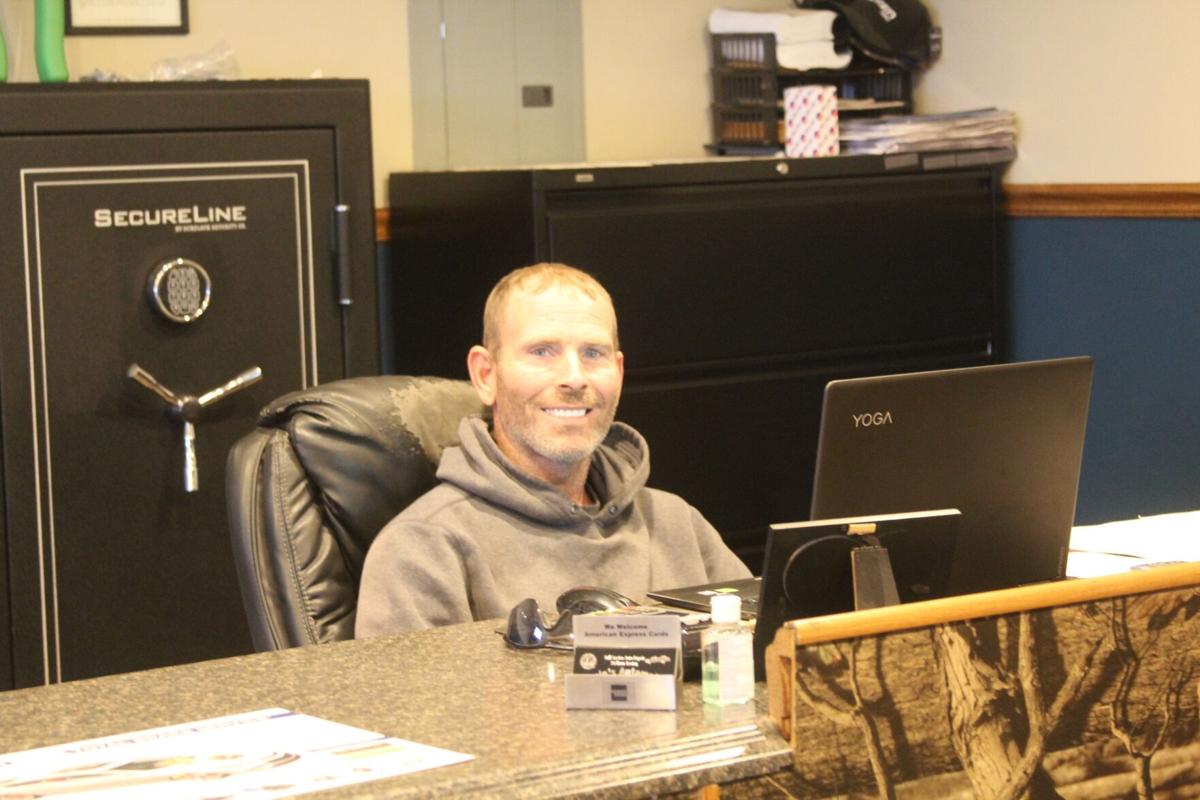 Travis Turpin seen in his office at Turpin’s Automotive and Towing. 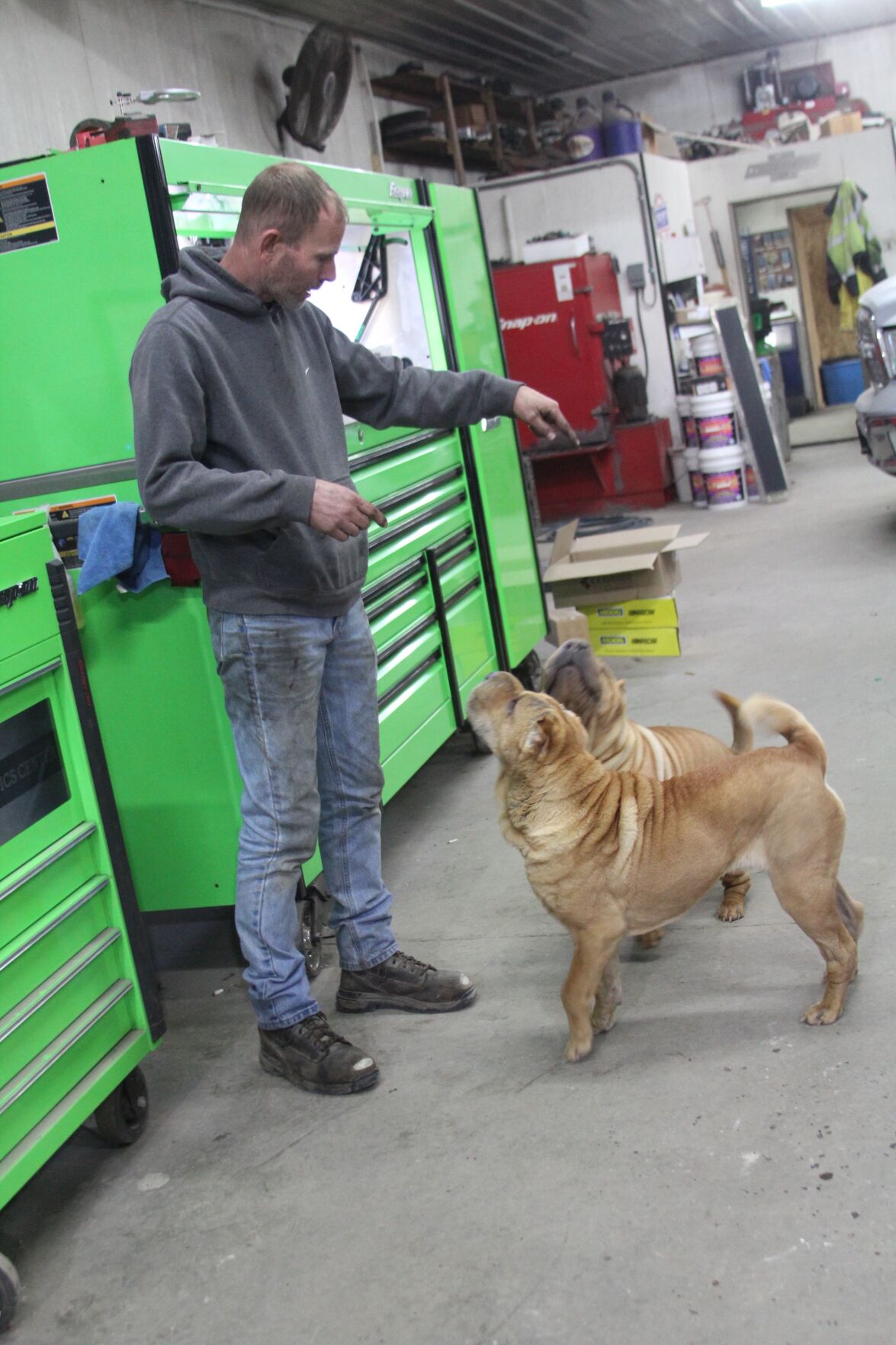 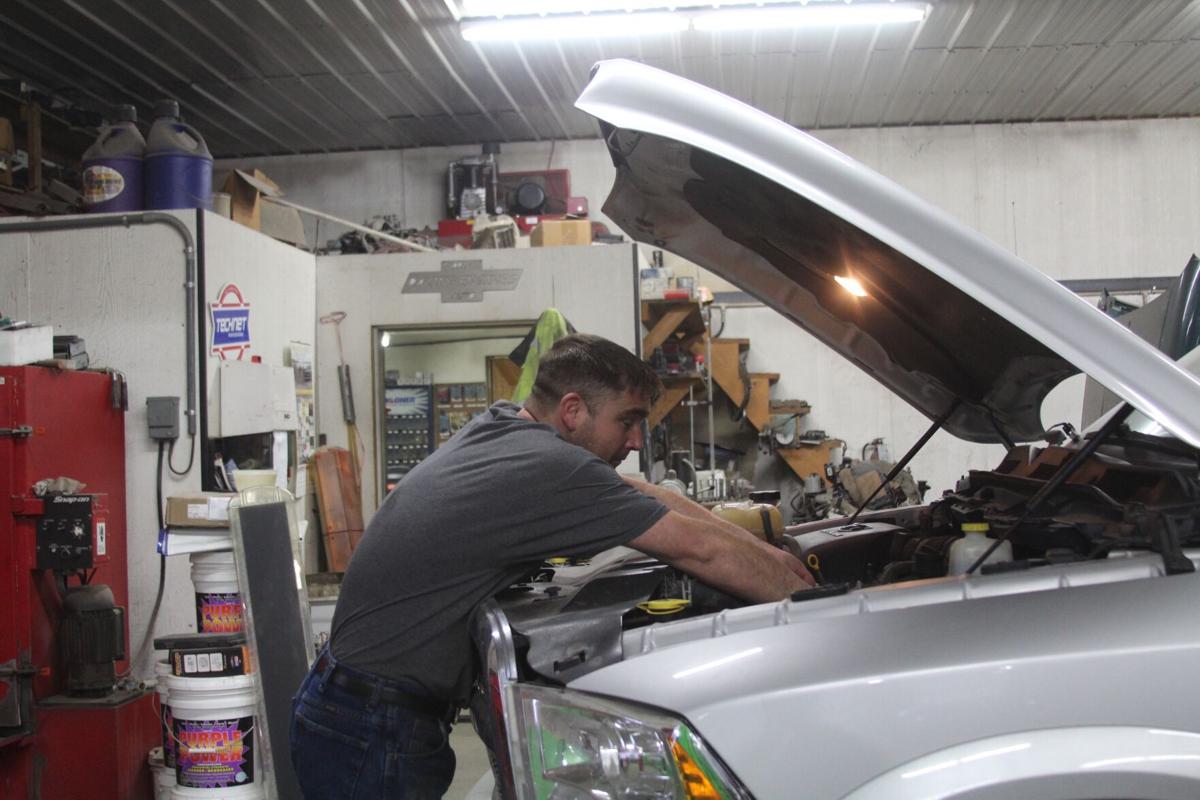 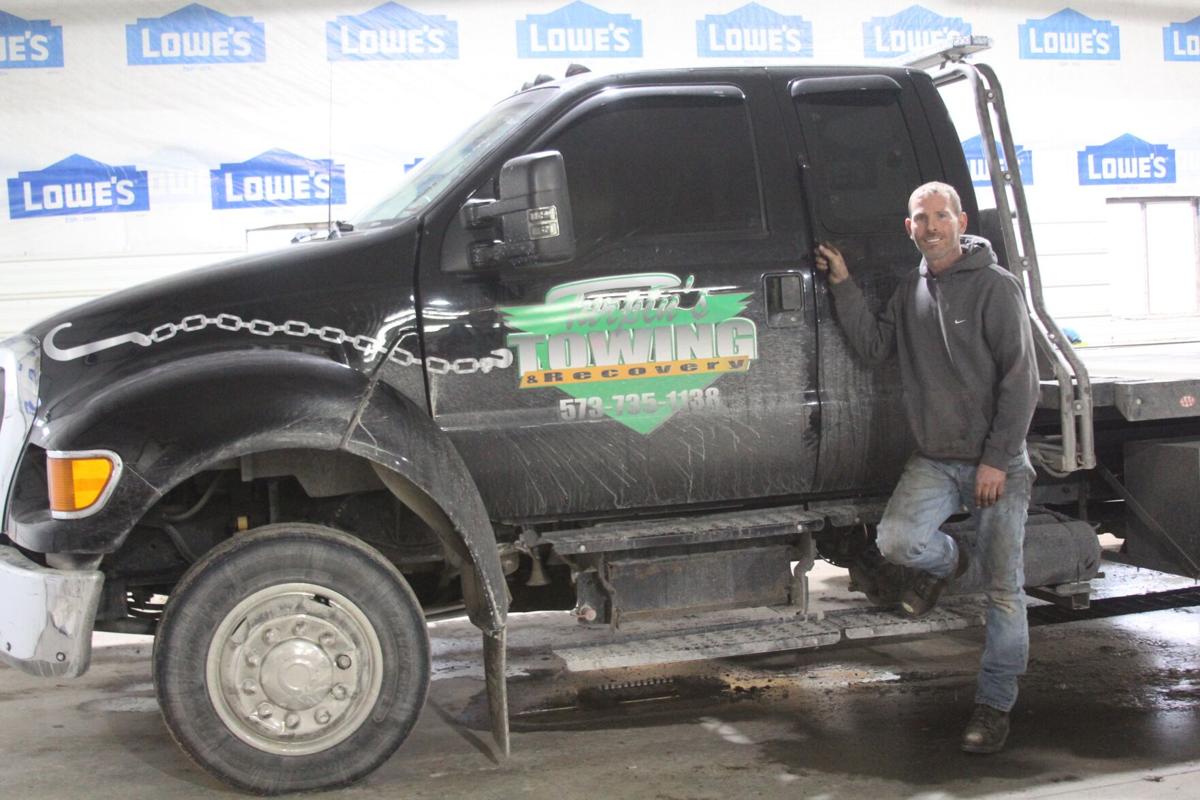 Turpin Automotive and Towing prides itself with providing excellent service and helping others.

Turpin’s Automotive and Towing didn’t happen by chance. Owner Travis Turpin explains it is a business built on doing what he loves. Turpin admits, “I love being able to provide a service to other people.” As a young child, Turpin was the son who took everything apart, trying to tune up objects, built toys and items into other objects and learned the mechanics of operation.

As a teenager Turpin shared memories of telling his Mom his future goals, stating, “I told her by the time I was 30 years old I would own my own business.” When he was 30, exactly what he said in his early years happened. Turpin opened his own mechanic and towing shop in August of 2006. The business has been growing strong ever since. The building has nearly doubled in square footage, out growing the property in which he operates on. The towing business has grown too, starting with one tow truck and today has three.

Turpin also has one long-time employee, Charles Hathaway, who has worked at Turpin’s Automotive since May of 2011. Everyday Turpin gets up to start his day of business, but never arrives to work alone, as his three four legged friends accompany him for the days adventure.

When a towing call comes in, not only is Turpin on call 24 hours a day, but so is Chloe, who rides along with him. The other two are known as Teddy and Roscoe, and are happy to greet you at the door upon arrival. While towing is available at any time, the business office is open 8 a.m.-5 p.m., Monday through Friday.

Turpin admits his favorite part of the job is towing, “I’ve always loved helping people, this part of the job allows me to be there for people who need help. Every call is something different.” Although towing is the part he likes, Turpin shared every aspect of his business is important, stating, “I know customer service is the most important. Giving my customers excellent service is significant. I like to make all my customers happy. The hardest part is keeping everyone happy, I try my best to make others smile.”

Turpin grew up on his family farm, where he has made his home on the land where he spent his childhood. When asked if he likes to farm, Turpin smiled stating, “No, I got enough of that growing up. I like to take things apart and fix them.”

Doing what he loves, Turpin also enjoys time with his family. Turpin is engaged to his fiancé, Nicole Woods, and together they have four children including Chevy, Mackenzie, Tallen and Billy. He stated, “I always wanted boys and she always wanted girls. Together we both got what we always wanted,” explaining he had the girls and she had the boys.

Turpin displays his acts of kindness by volunteering to help local emergency service workers with his skill in repairs and towing. At no charge, Turpin has assisted the Monroe City Ambulance District, Monroe City Police Department and Monroe City Fire Department several times. On New Year’s Eve, Turpin offers free rides and a free tow for your vehicle to get you home safely. Turpin shared, “I do this to give back to my community for all the support they have given us over the years.”

As Turpin looks to the future, he hopes to be able to expand his business, possibly adding a second location. Until then, he will continue doing what he loves, providing services to help others.