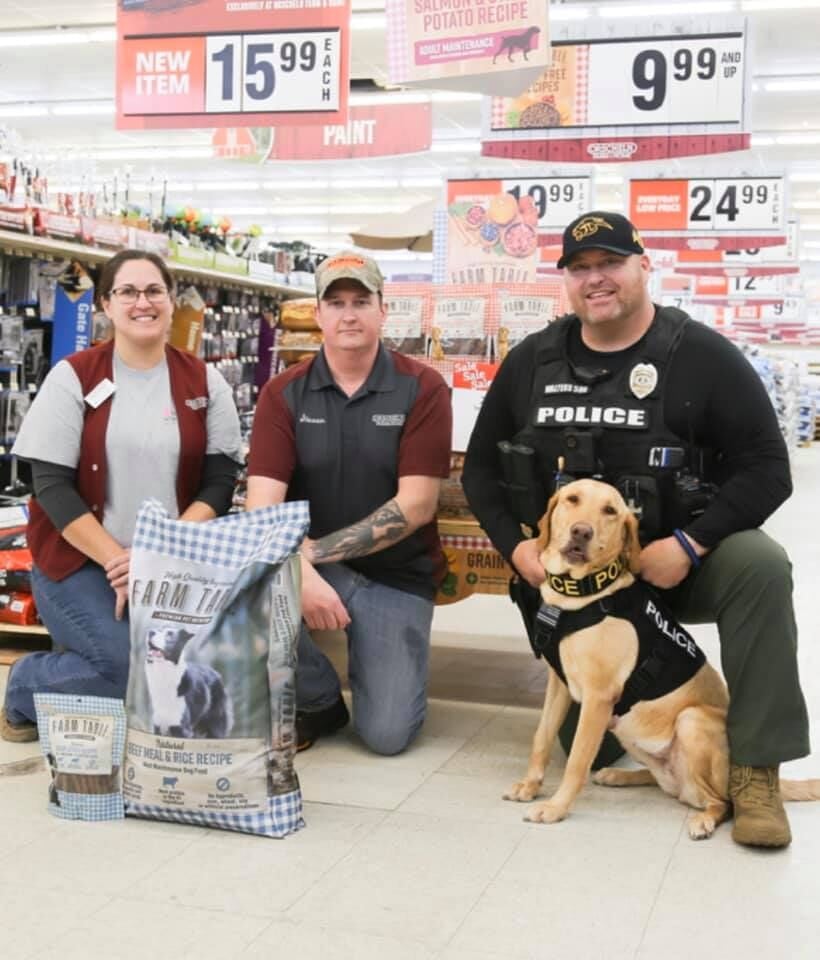 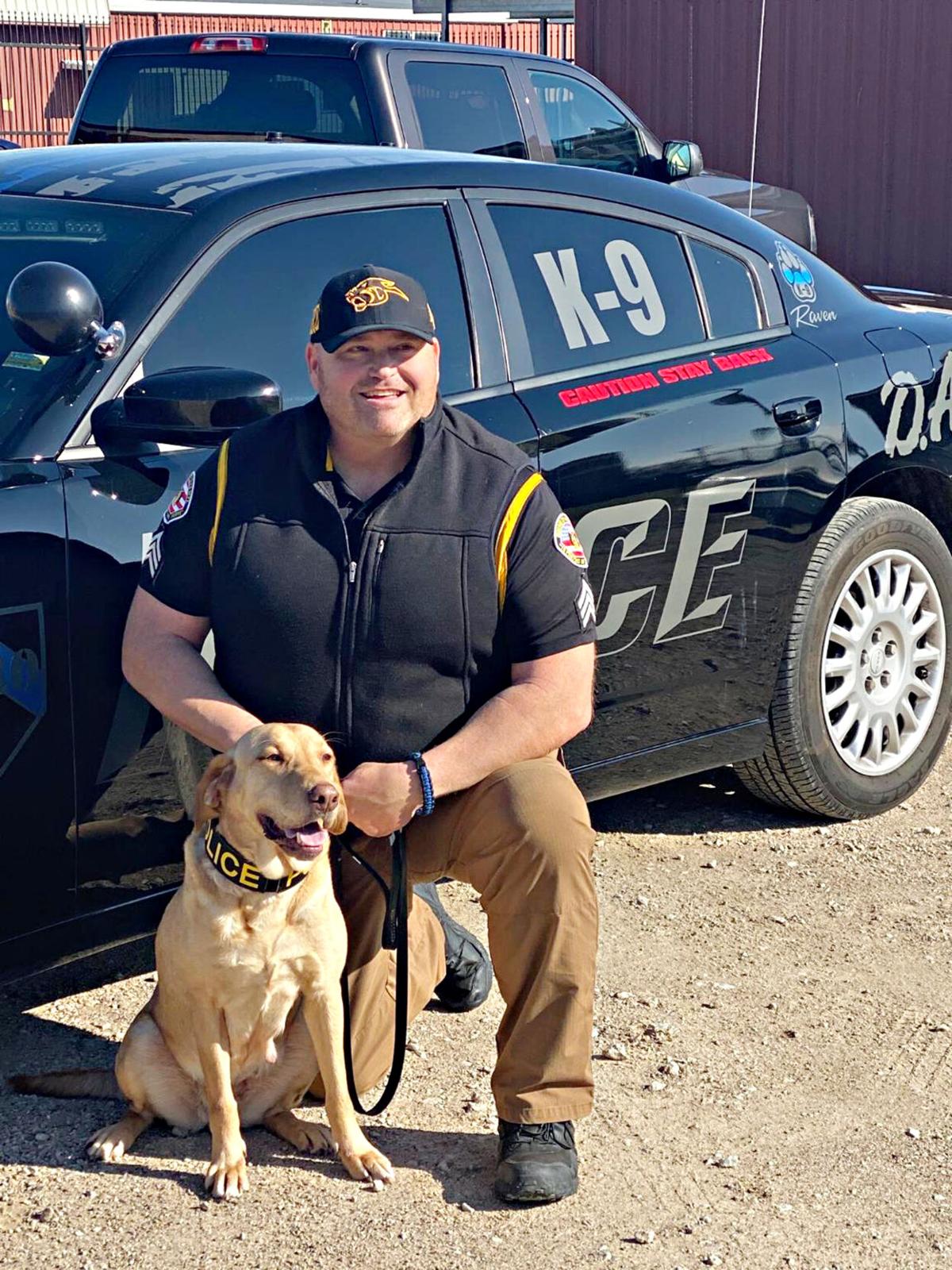 K-9 Officer Raven has had great success since joining the Monroe City Police Department (M.C.P.D.) last year. SRO Sergeant Brian Walters and Officer Raven work every day as partners protecting and serving the citizens and youth of the community. Sgt. Walters shared, “Officer Raven has been a blessing to our community and has done amazing things.”

Officer Raven has recovered narcotics with a street value over $10,000, along with fire arms and U.S. Currency in the area. Each day, the four-legged K-9 and Sgt. Walters spend at least 45 minutes training, which includes obedience, both verbal and hand instruction. Officer Raven not only helps her fellow officers in the community, but also travels to surrounding towns to help as well.

Sgt. Walters explained the importance of field experience, stating, “The more field experience Officer Raven gets will help evolve her abilities in searching and tracking.”

The biggest challenge for Sgt. Walters with Officer Raven has been the restrictions of COVID-19. Sgt. Walters shared, “During the first four months Raven couldn’t do traffic stops. We had to take precautions because they had said COVID-19 was transmittable to dogs.”

Officer Raven does more than assist with searches, Sgt. Walters stated, “Raven has made my job easier. She helps defuse situations.” Officer Raven also brings joy to children’s faces in the hallways at school.

After work Raven is a family dog. She is not trained to be aggressive or bite. Sgt. Walters shares his bond with his canine companion, adding, “We are partners, everywhere I go, she goes. Raven doesn’t leave my side at home. The kids love her. Raven goes with us on the boat and takes family trips with us.”

Officer Raven was rescued off the streets of Atlanta, Georgia. She was found almost dead, starved with little life left. After being rescued, Raven was taken to Rikers Island to take part in a program created for dogs and prisoners to work together. While there, they discovered she was also pregnant and delivered a litter of puppies. Raven was first trained to be a service dog, but had too much energy. Next the trainers attempted to train her in narcotics. Raven excelled in the narcotic training.

Last December, Sgt. Walters and Officer Raven attended a two-week training in Texas. Raven was received through a grant and does not add an additional cost to the M.C.P.D., including her health insurance which covers yearly shots and any sickness she may contract. The current liability insurance carried for the M.C.P.D. will not change insurance premiums. Orscheln Farm & Home is donating 50 pounds of dog food per month to cover Raven’s diet. Sgt. Walters had applied for the grant and was one of a few officers selected to have a canine dog.  Sgt. Walters believes in the importance of continuing education for officers throughout their career and knows having Officer Raven as his partner has helped him increase in his career.