Free access for current print subscribers
Get Started
You are the owner of this article.
Edit Article Add New Article
You have permission to edit this article.
Edit
Home
News
Sports
Living
Announcements
A & E
Features
Obituaries
Classifieds
Coronavirus News
Missouri Marketplace
The Job Network
1 of 12 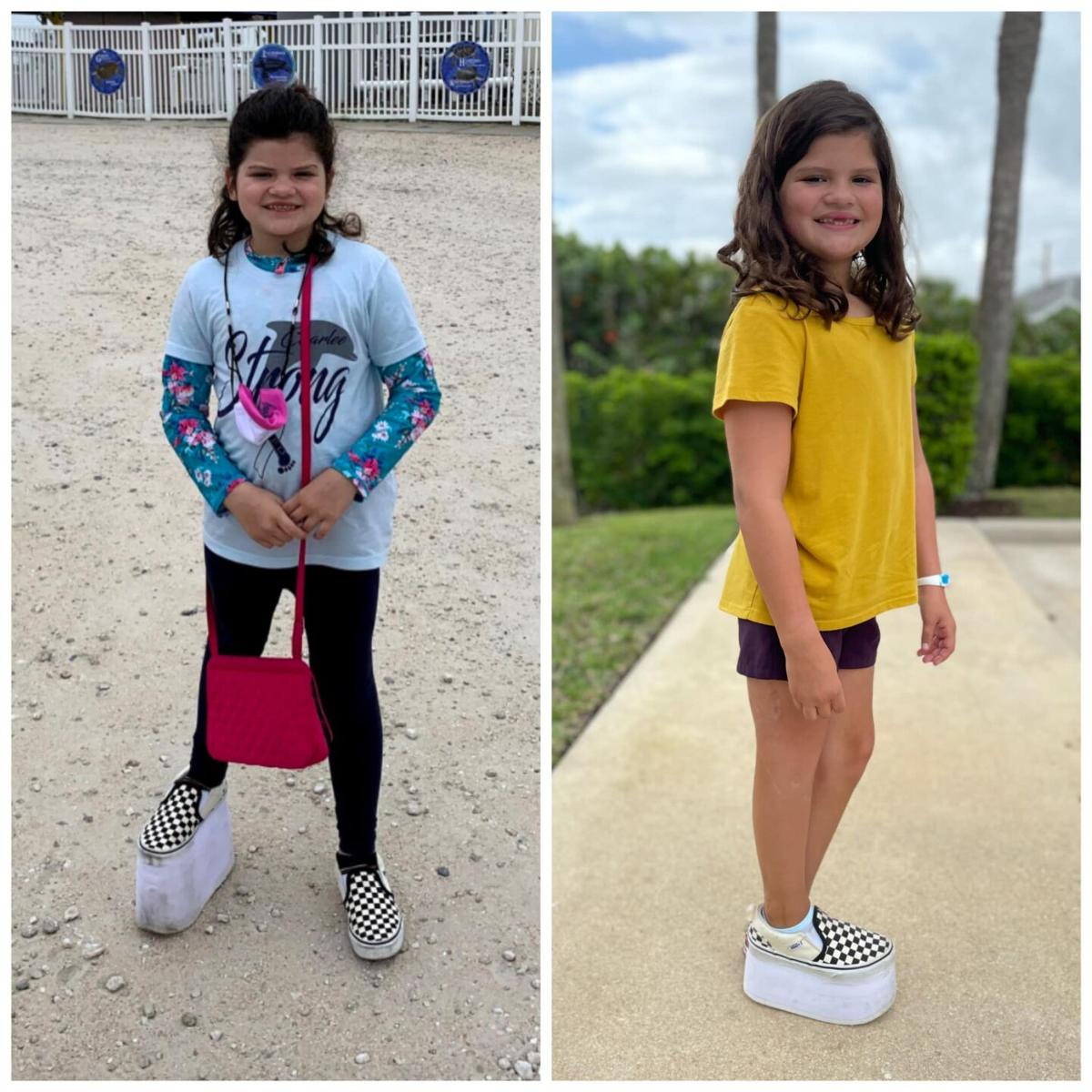 Charlee sees a big difference from her before picture to after surgery. 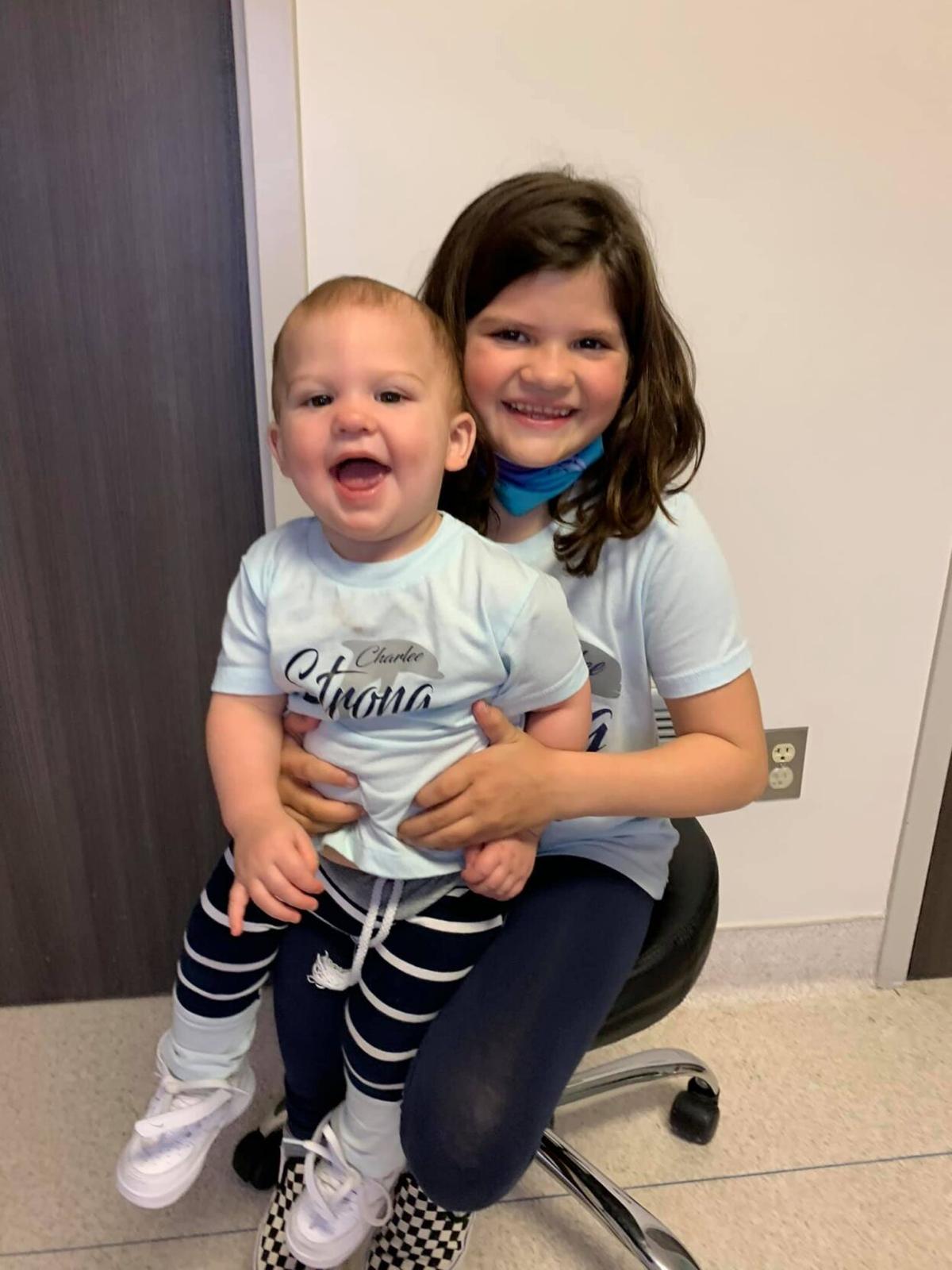 Charlee is a big help with her brother, Warren. 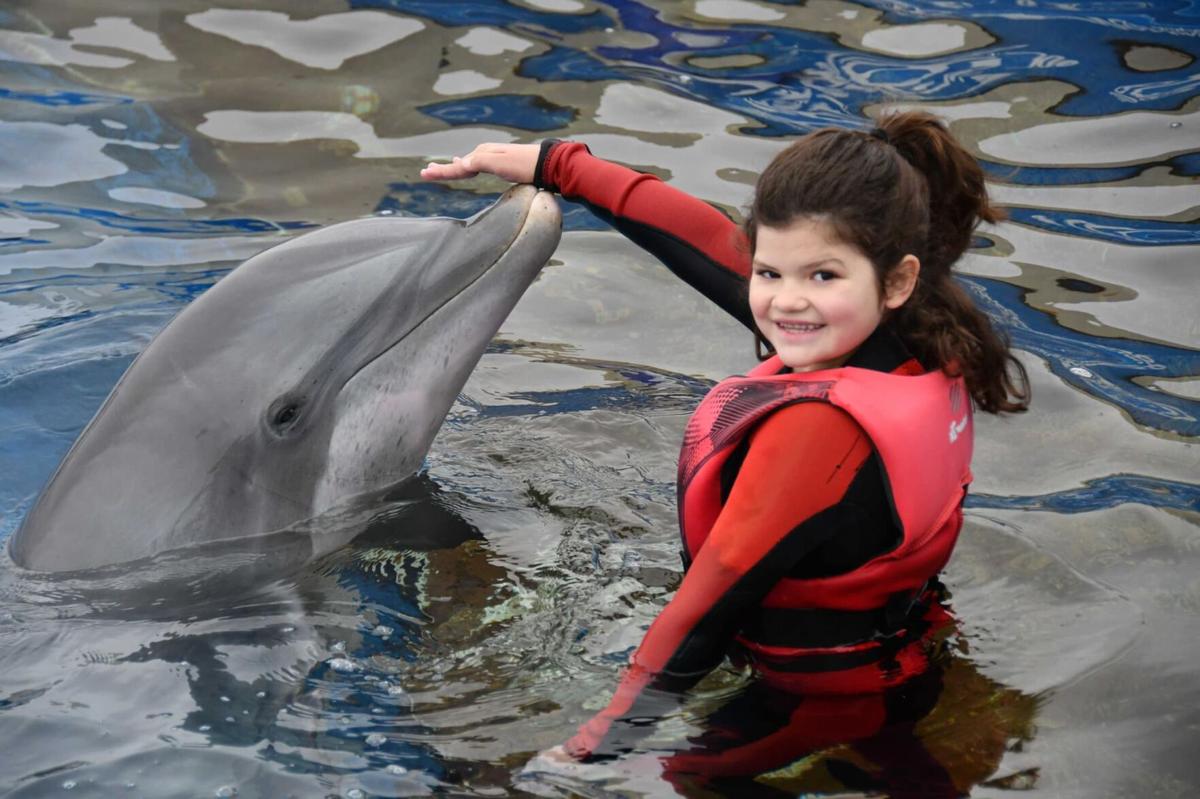 Charlee swims with the dolphins during one of her stays in Florida. 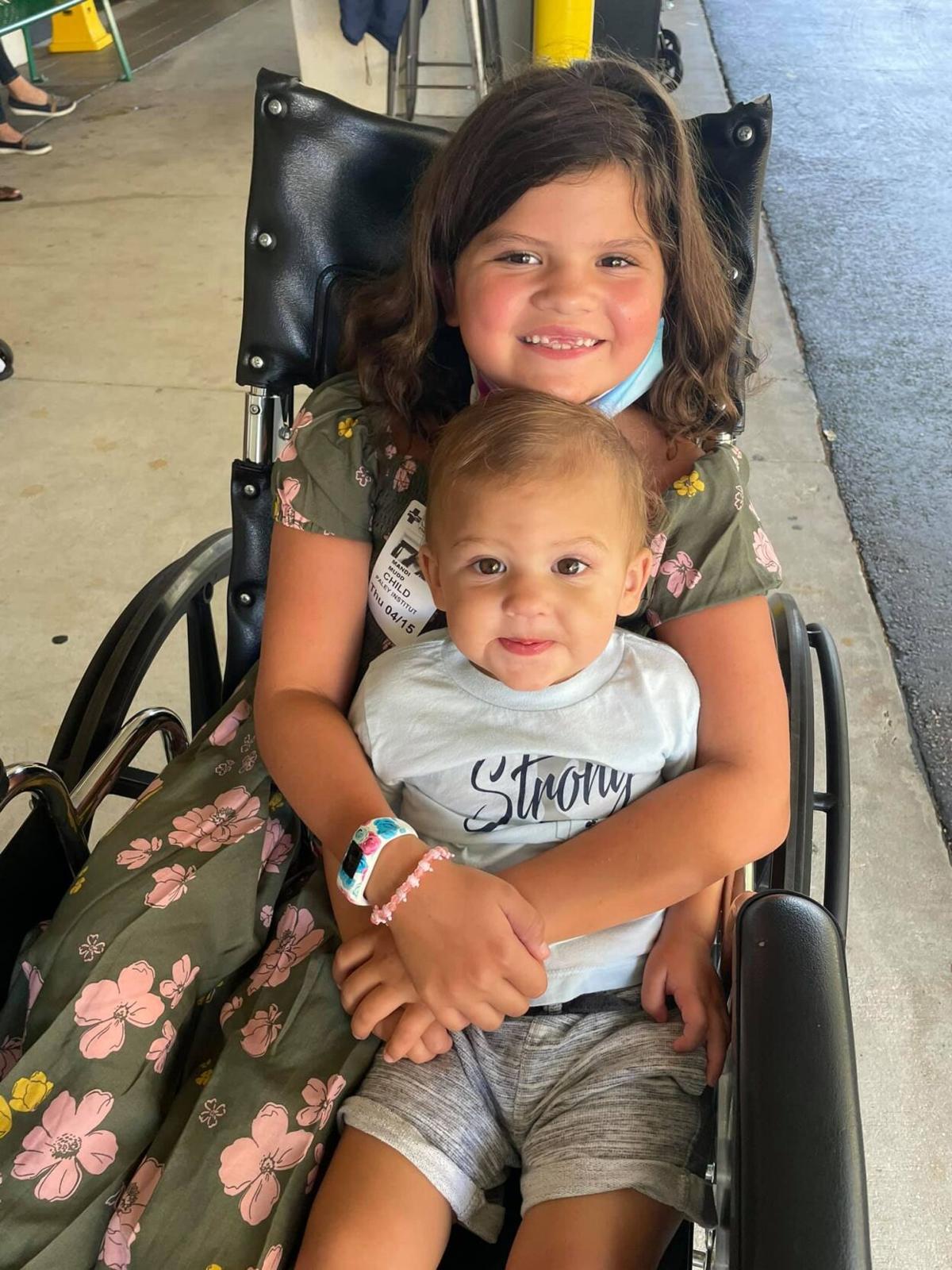 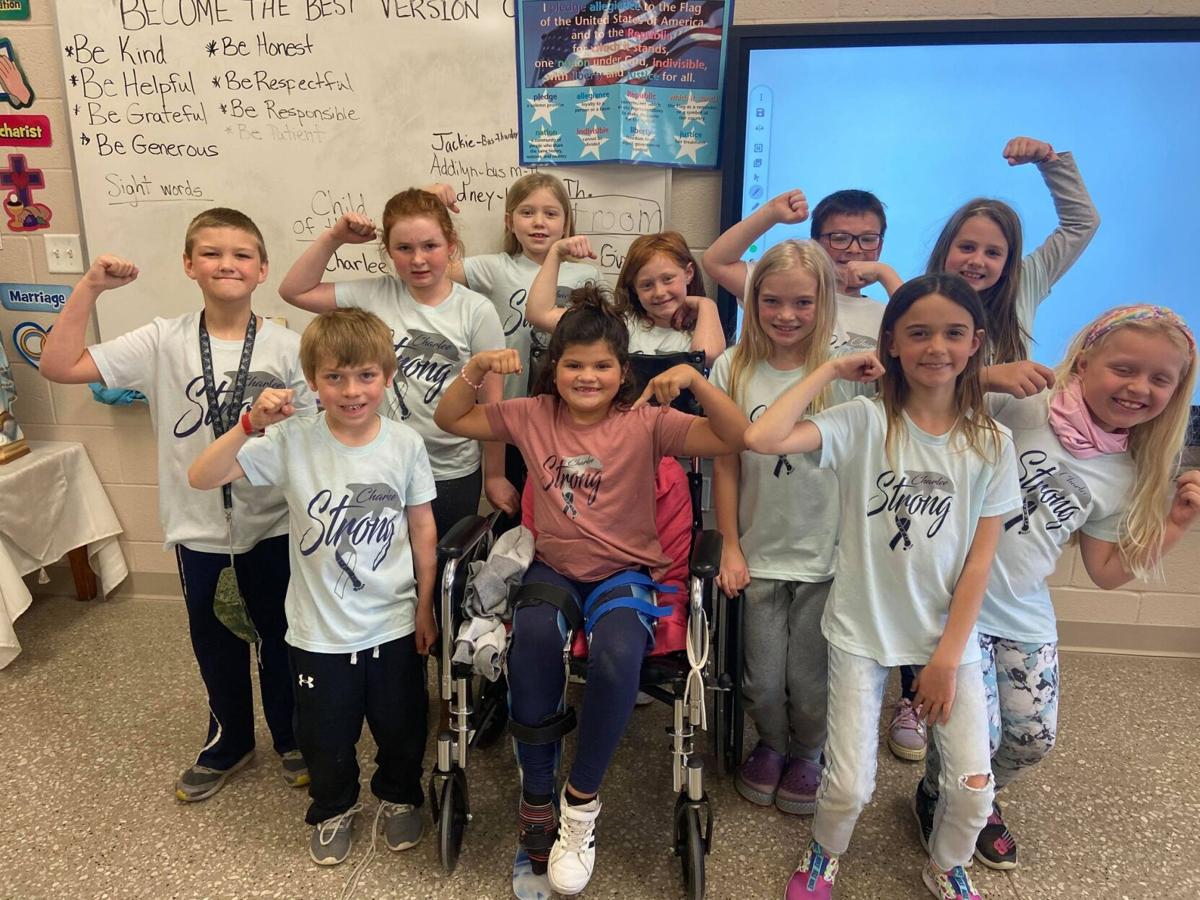 Charlee returns after a three month stay to her second grade classroom with her classmates supporting her with "Charlee Strong" t-shirts. 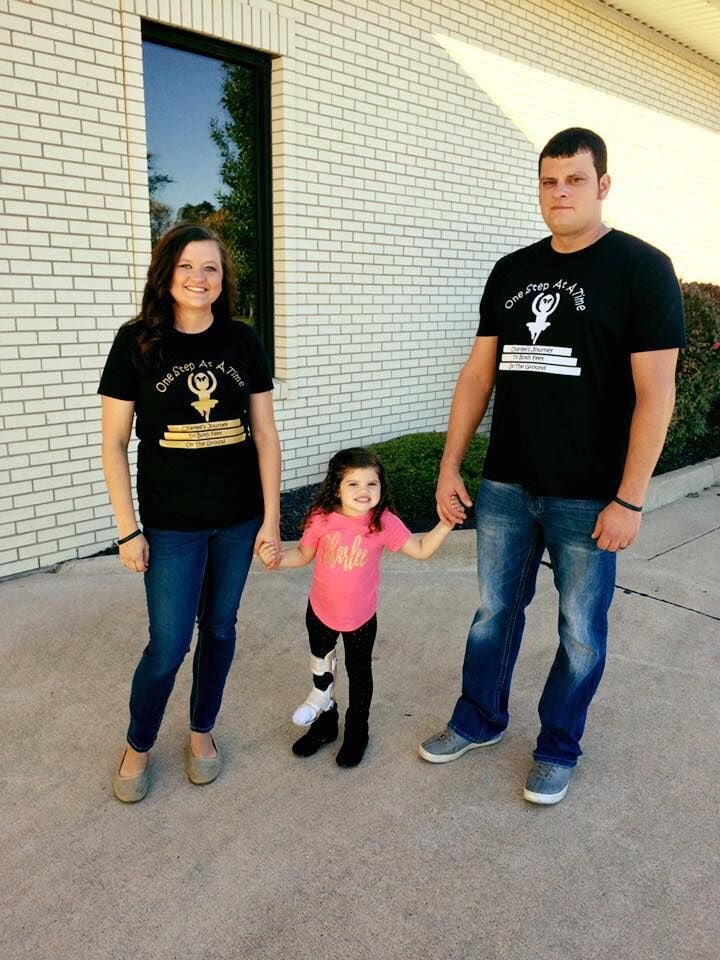 Charlee with her parents, Mandi and Chris, in October 2016, attending a benefit held to help out the family with expenses. 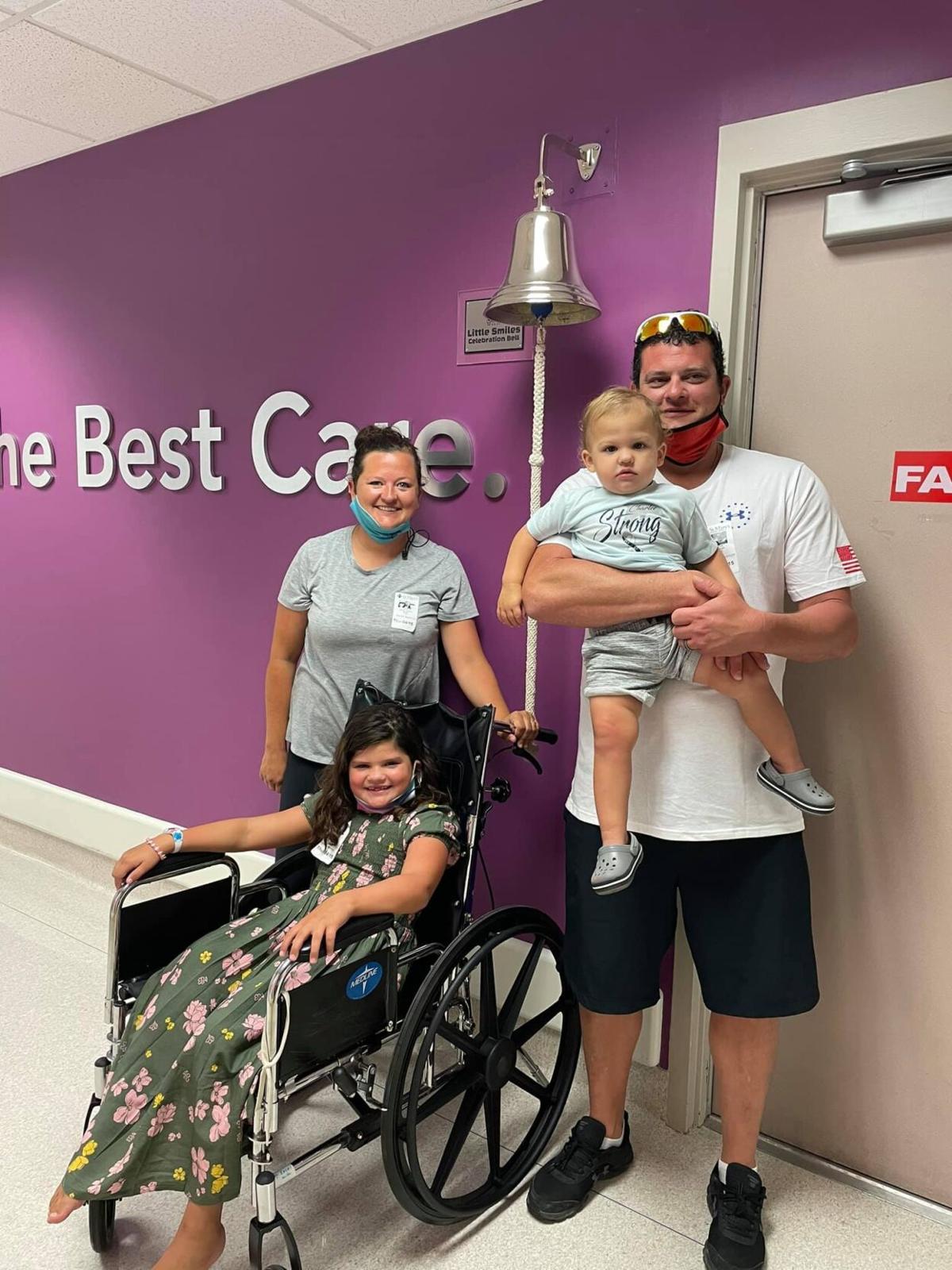 The Mudd family on their most resent trip to Florida. 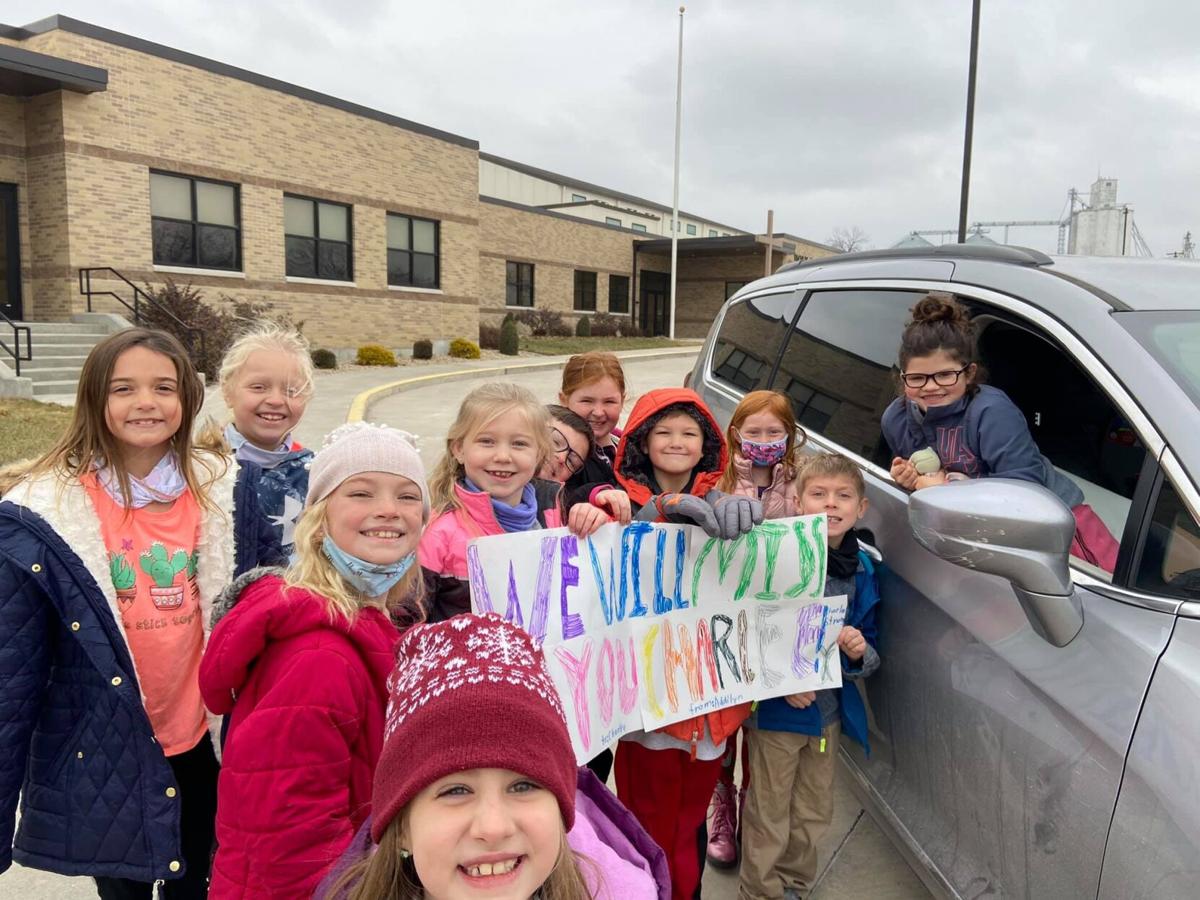 Charlee's classmates wish her well as she leaves for Florida before having her most resent surgeries. 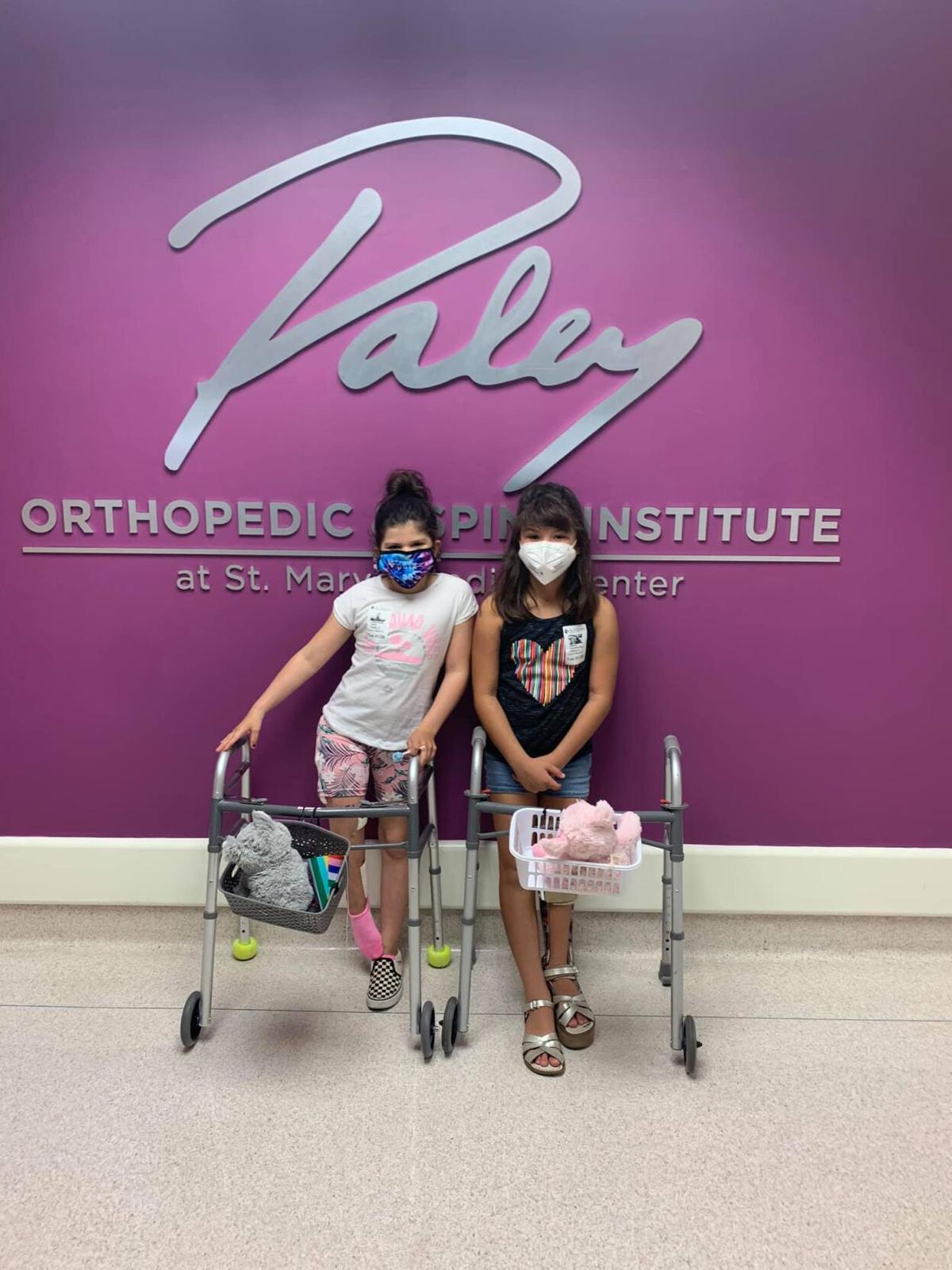 Charlee has made friendships with other children facing their own recovery journey while staying in Florida. 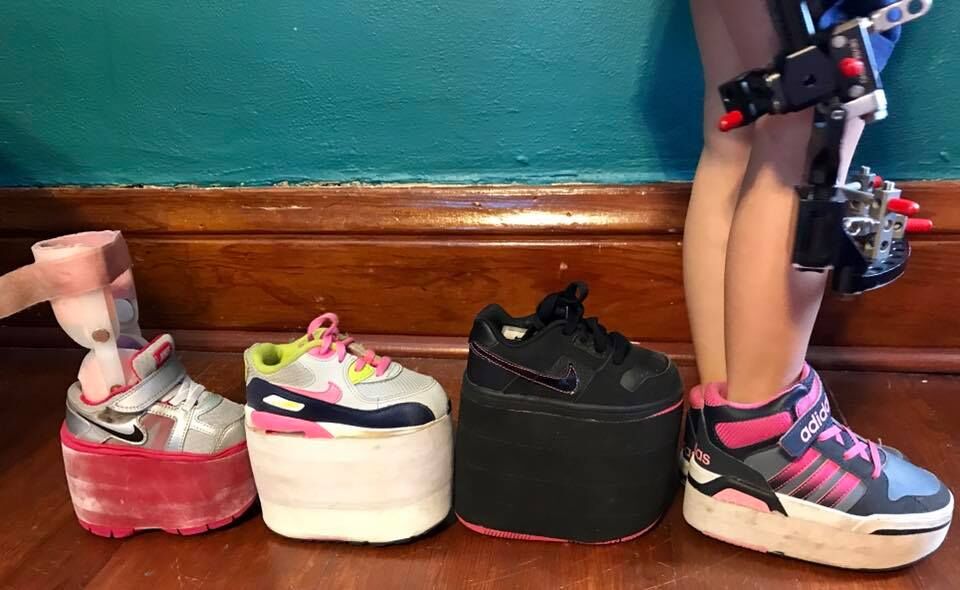 Charlee's shoes of growth over the years. 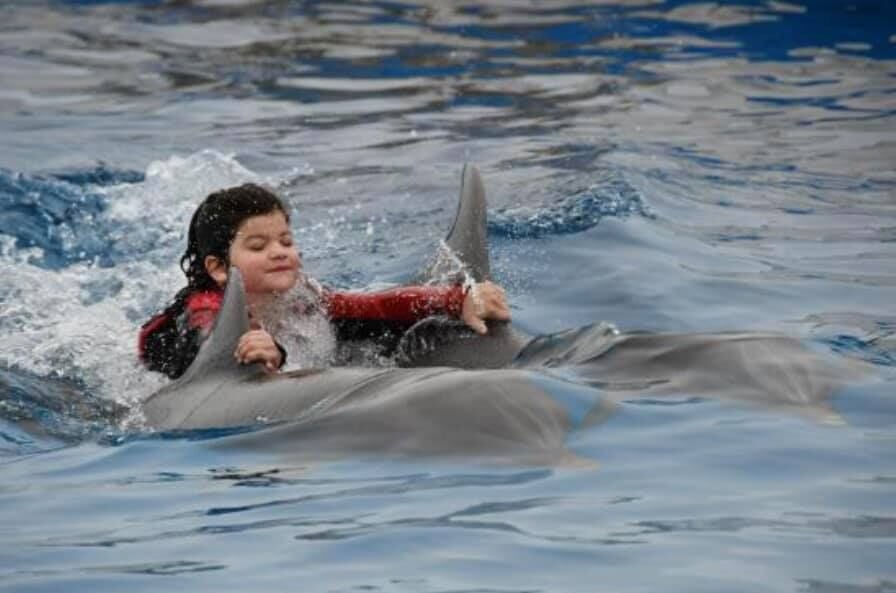 Charlee swimming with the dolphins. 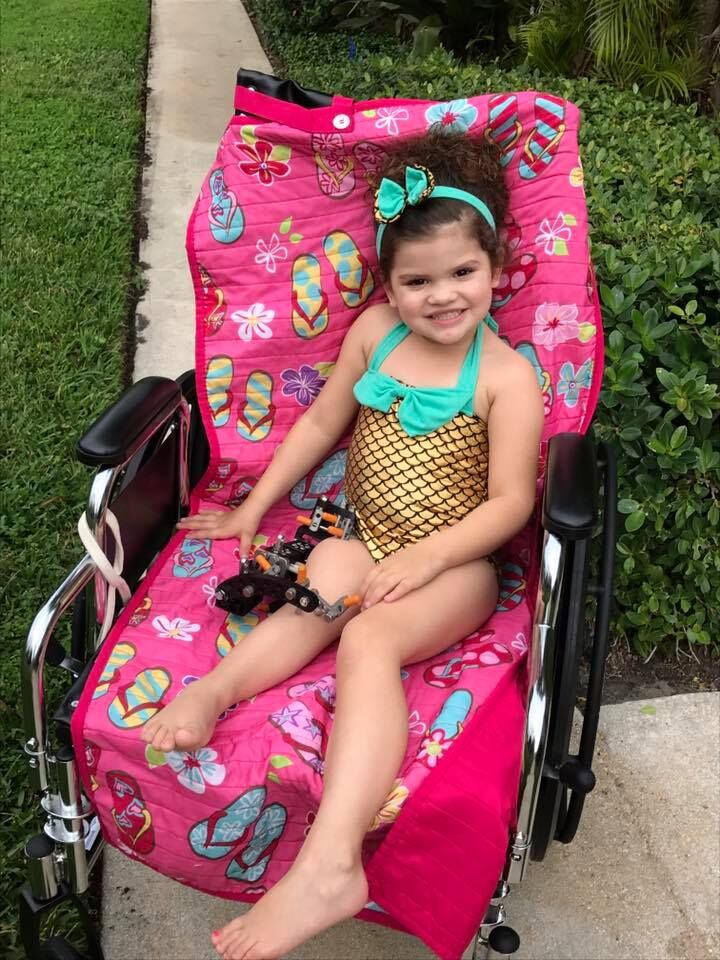 Charlee seen here in a younger picture during one of her previous stays in Florida.  As Charlee continues to grow, she will have lengthening surgeries and treatments until her adult height and maturity.

“Charlee Strong” has united the town of Monroe City, for nearly the past decade, into a family, as friends, businesses and community members have watched and encouraged Charlee Mudd and her family to continue fighting past obstacles and grasping victory.

Recently, on April 22, Charlee returned to school after a three month stay in Palm Beach, Florida, where she receives exceptional care to help treat Congenital Femoral Deficiency (CFD) in her right leg.

Since Charlee was three months old, she has been traveling to Florida, where she has undergone eight surgeries, with two of them being on her most recent trip.

Charlee is an outgoing, energetic eight-year-old, who attends school at Holy Rosary and is in the second grade. She enjoys singing, painting, playing outdoors and spending time with friends and family, but is not just any typical child. Charlee knows first-hand what it means to face hardships and the importance of hard work even when she may not feel like it. Charlee stated, “Surgeries make me nervous, but it’s worth it.” She is a young girl with her eye on the prize of victory, not letting her diagnosis of CFD hold her back.

Charlee was born on March 12, 2013 to parents, Chris and Mandi Mudd. Prior to being born, her parents were told of the birth defect their daughter would face. CFD, formally known as proximal femoral focal deficiency is a rare birth defect happening in 1 of 40,000 births.

Charlee had her first surgery at the age of two, where doctors did a super hip surgery to repair hip deformities caused by CFD. As Charlee continues to grow, she will continue to have the lengthening surgeries and treatments until she reaches her adult height and maturity.

At the age of six, Charlee became a big sister welcoming Warren to the family. Charlee loves to take care of her brother, stating, “I enjoy being a big sister, I like to help take care of my brother and can’t wait for the day I can babysit him alone.”

Charlee keeps up with the rest of her class, running and taking part in all play activities. She doesn’t let the disadvantage of her diagnosis define what she can do. Her mom, Mandi stated, “Charlee has gone through more pain than many of us will ever endure our entire lifetime. It’s definitely hard as a mother to watch your child go through some of the things she has went through, but we know it could always be worse and in the end, she will have the same opportunities as everyone else with both feet on the ground.”

Throughout the years the community has held benefits and helped support the Mudd family in several ways. From creating supportive t-shirts, social media posts, prayers and monetary donations, together the families of Monroe City have given their support in the best way they know possible. Chris and Mandi shared their thankfulness stating, “To the community and everyone that has come forward to help our family, it would never have been possible without all the support we have received mentally, physically and financially. We have received so much support it’s nearly impossible to tell everyone individually, but know from the bottom of our hearts, we are so grateful.”