Free access for current print subscribers
Get Started
You are the owner of this article.
Edit Article Add New Article
You have permission to edit this article.
Edit
Home
News
Sports
Living
Announcements
A & E
Features
Obituaries
Classifieds
Coronavirus News
Missouri Marketplace
The Job Network
1 of 6 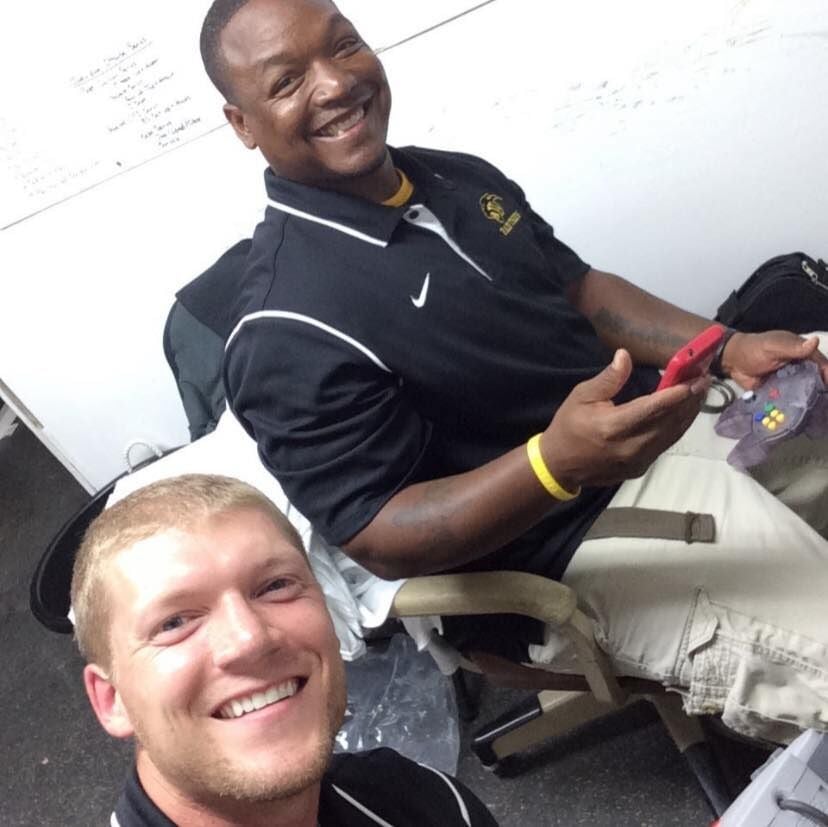 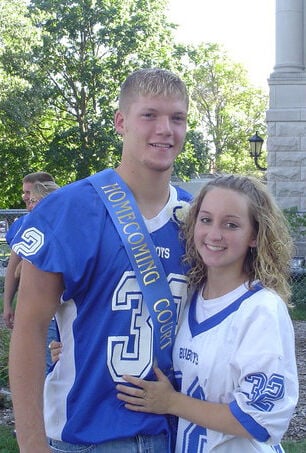 Edris and his wife Alex, in their younger years. 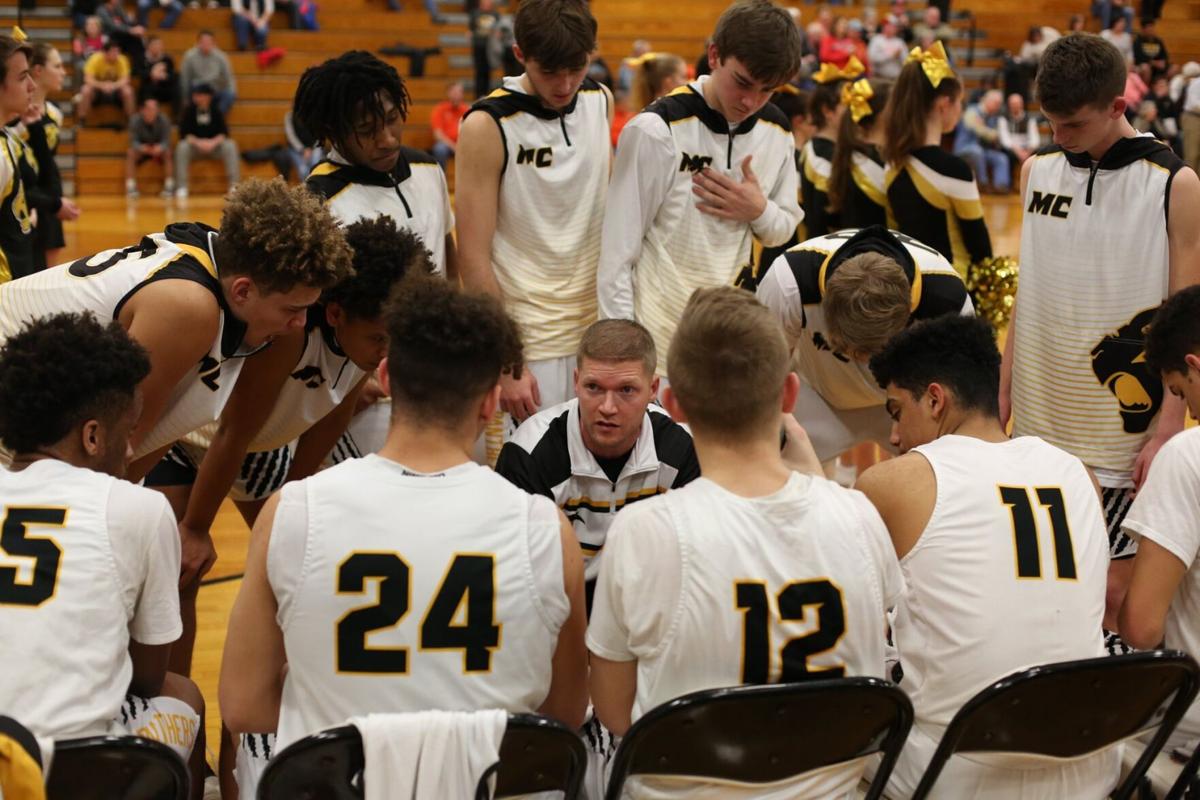 Coach Brock Edris seen here with his team, coaching them to excellence. 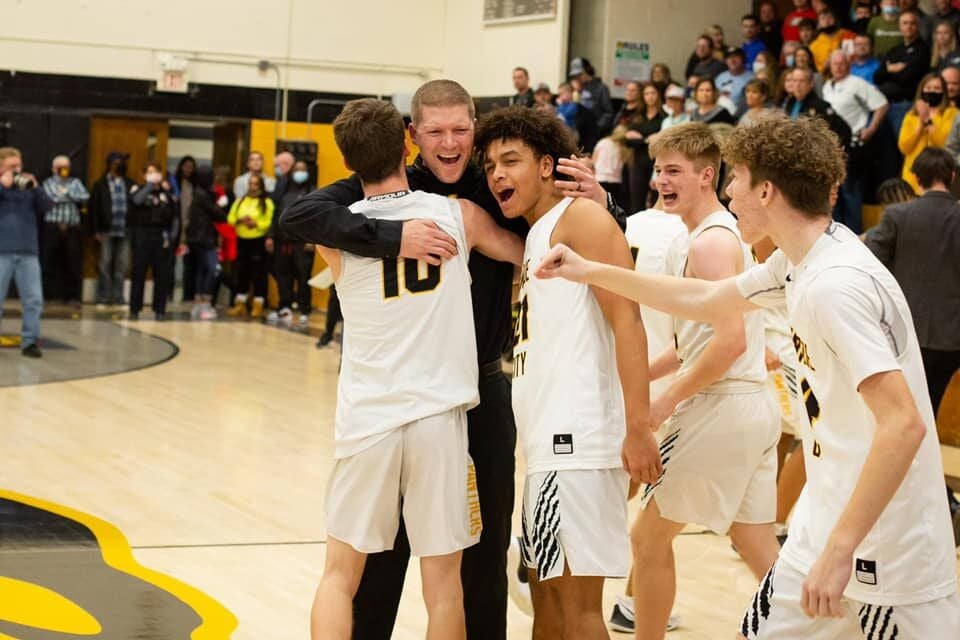 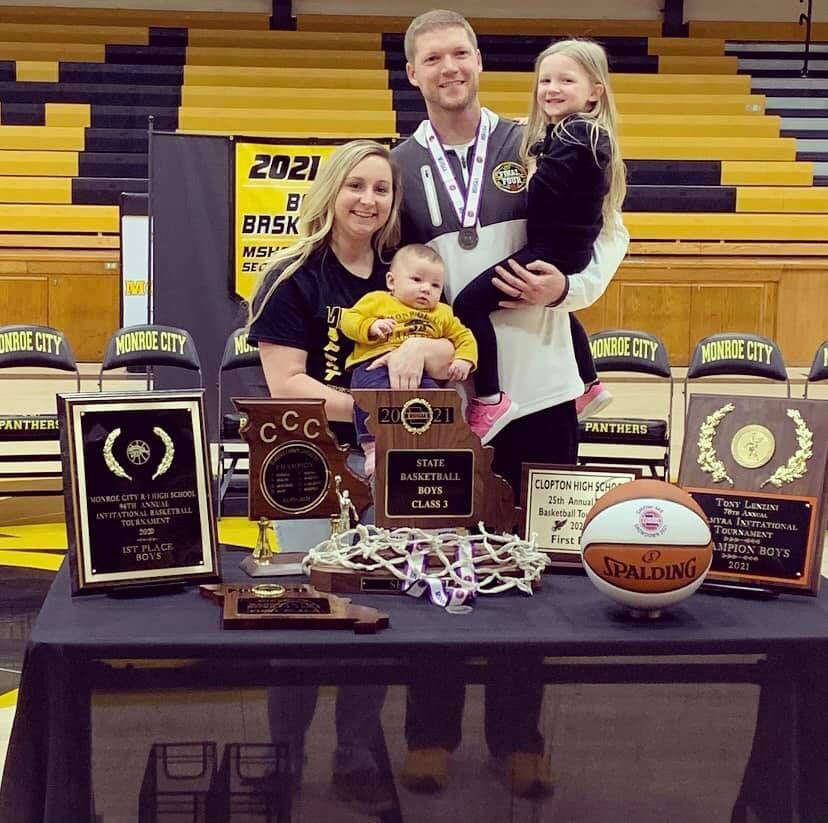 Coach Brock Edris seen here with his family, Alex, Rylan and Cruz, along with all his teams titles and trophy's. 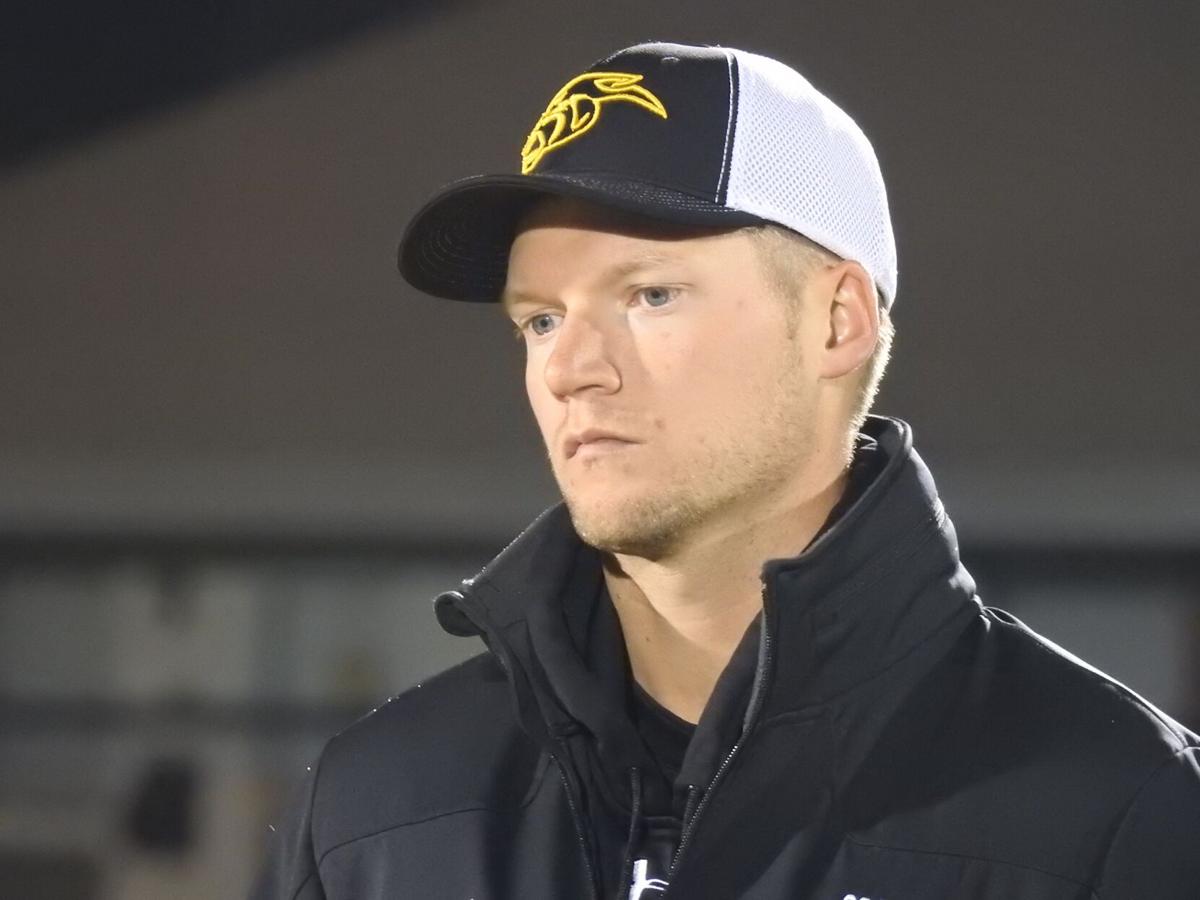 Monroe City has been recognized as a “Title Town” over and over with each accomplishment through the years of athletic youth talent demonstrated on courts, fields and tracks. These titles don’t come without the guidance of leaders willing to sacrifice their time to make it happen. One of those leaders, Brock Edris, holds the title of Head Coach for the boys’ basketball program at Monroe City High School. Edris displays a calm and gentle character on the court, encouraging, teaching and leading his students and athletes to success both on and off the court.

Edris grew up as a coach’s kid. He watched his Dad coach junior high basketball and high school baseball. Edris stated, “I enjoyed going to his practices after school and admired the way he coached his players. My dad was also an elementary PE teacher and PE was my favorite subject in school, so it was an easy choice for me to choose something that I loved to do.”

The love for his career is shown through the actions his team is accomplishing year after year. Edris arrived in Monroe City in 2010, coaching the Middle School Boys team before being promoted to head coach for the High School in 2011. Edris knows what he expects from his players, teaching them skills to bring home titles, not only on the court, but for a lifetime of success. His teammates know they are expected to be a great teammate as an individual, stating, “So many things fit in this category. Encourage others, high five teammates, play hard, communicate with one another, make eye contact, be honest, make others around you better and care about your teammates.” Edris also expects his players to be early, explaining he teaches, “If you are early, you are on time. If you are on time, you are late.”

Although he was inspired as a kid by watching his Dad coach, today his inspiration has grown through teaching and basketball he has an opportunity to build relationships and impact young adults and kids in a positive way. One could say it is like a mirrored image, as he was inspired as a kid through his father’s actions, he can now inspire others through his own actions. Edris stated, “I hope to be remembered as a coach that cared about his players and pushed them to be their best on and off the court.”

Edris holds a few titles of his own as well. Originally from Illinois, he graduated from Carthage High School earning three Regional Championships, Honorable Mention IBCA All-State and MVP IL verses MO All-Star game in basketball, and in football he played in three State Title Football games under Hall of Fame Coach Jim Unruh and was named IFCA All-State Football Player (TE/LB) his senior year. Besides basketball and football, Edris also participated in track and baseball.

After high school, Edris attended John Wood Community College to play basketball and attain his associates degree. He then transferred to Central Methodist University, furthering his basketball career and education. He stated, “I was fortunate to play with some really good players, making it to the NAIA National tournament both years at CMU.” Earning a Bachelor’s Degree in Physical Education while there and ultimately obtaining a Master’s Degree in Athletic Administration at William Woods University.

Edris continues to add titles, being named Clarence Cannon Conference Coach of the Year three times and District Coach of the Year. As he begins his eleventh season with the boys’ basketball program, Edris stated, “I hope to inspire confidence, great teammates, and a good work ethic. I believe all of those things are positive leadership qualities that will help every individual in any path of life they choose to take.”

Everyone knows titles don’t happen without hard work, hardships, challenge and dedication. He explained his most difficult challenge was the loss of his great friend and coach, Jamar White. Edris explained, “Not only did we coach side by side for years on the defensive side of football but our families spent a lot of time together on the weekends. Trying to console our players as they went through a tragic loss while going through my own grieving was very difficult. I remember crying at my desk before kickoff, not sure if I could pull myself together to make it out on the field and then Antwuan Battle scoring the first touchdown of the game and pointed to the sky. I lost it. The way our team played that night, I will never forget.”

As Edris makes his journey in the career of athletics, he knows he has to hold his players accountable and to a specific standard if they want to be successful. Edris explained the challenge in doing this is harder than the coaching itself, stating, “It’s not easy, but it’s necessary. You get what you emphasize and you also get what you tolerate. It’s similar to being a parent. We don’t want to discipline our kids but we also want what’s best for them. The only difference as a coach is that we’re looking out for the best interest of 20 plus individuals with the focus on what is best for the team. Sometimes it’s much harder to get certain players to understand the importance of being a great teammate and I lose more sleep over that than any type of basketball strategy. It’s so rewarding to see a player mature and develop into a young man that cares about his teammates and sacrifices for others.”

Edris knew success was possible for the Monroe City basketball team when he arrived more than a decade ago. He stated, “There had been success before with Monroe City basketball. I knew when taking over the basketball program at 23 years old that it would take some time but I was lucky to have someone with Rick Baker’s experience to help guide me along the way. I also really wanted to reach down to the lower levels and begin basketball camps with our youth to develop a program that would consistently be successful in years to come.” As he built his program, he also built his strength as a coach and leader, adding, “I was still learning as a coach but eventually I got better as a coach and so did our players. Our parents have been so supportive of their son’s development in our program. We added Ed Talton as our middle school coach. He has helped develop kids and prepare them for our high school program.” Edris points out the birth of his success came when he started focusing more on development of each player as a person and teammate then just a basketball player. He stated, “I’ll tell you it’s much more rewarding when you focus on the root. Over time that focus will produce more fruit than looking for instant success.”

Edris still looks forward to seeing his Dad at the court, only now the roles have swapped. Edris still looks forward to his Dad’s advice, adding, “I enjoy when my dad comes to watch a game. I’ve always wanted to please my father when I was a player and the same goes as a coach. I know he’s proud, but I still want to know how he thinks we can do better. I notice myself at times saying some of the same things he used to say as a coach.”

As the oldest of three siblings, Edris understands the importance of family, but admits balancing family and basketball doesn’t really have a balance, he stated, “I’m not sure what balance looks like exactly. I think it comes down to marrying someone that understands what you’re passionate about and are completely supportive of your passion. My family definitely doesn’t get the attention they deserve, but I’m fortunate to have a loving family that believes in me and wants us to be successful. I look forward to the days where our kids will be involved in camps, sports, and be able to attend practices like I was able to with my Dad.”

As time moves forward, Edris explains he is happy to have his roots planted in the success of the Monroe City community, stating, “Coaching at the college level has always been appealing as a competitor but I’ve always tried to make the big time where I’m at. Alex and I are so blessed to be a part of this community and to start a family here. Each level has its different challenges and I can say I absolutely love what I’m called to do here in Monroe City.”