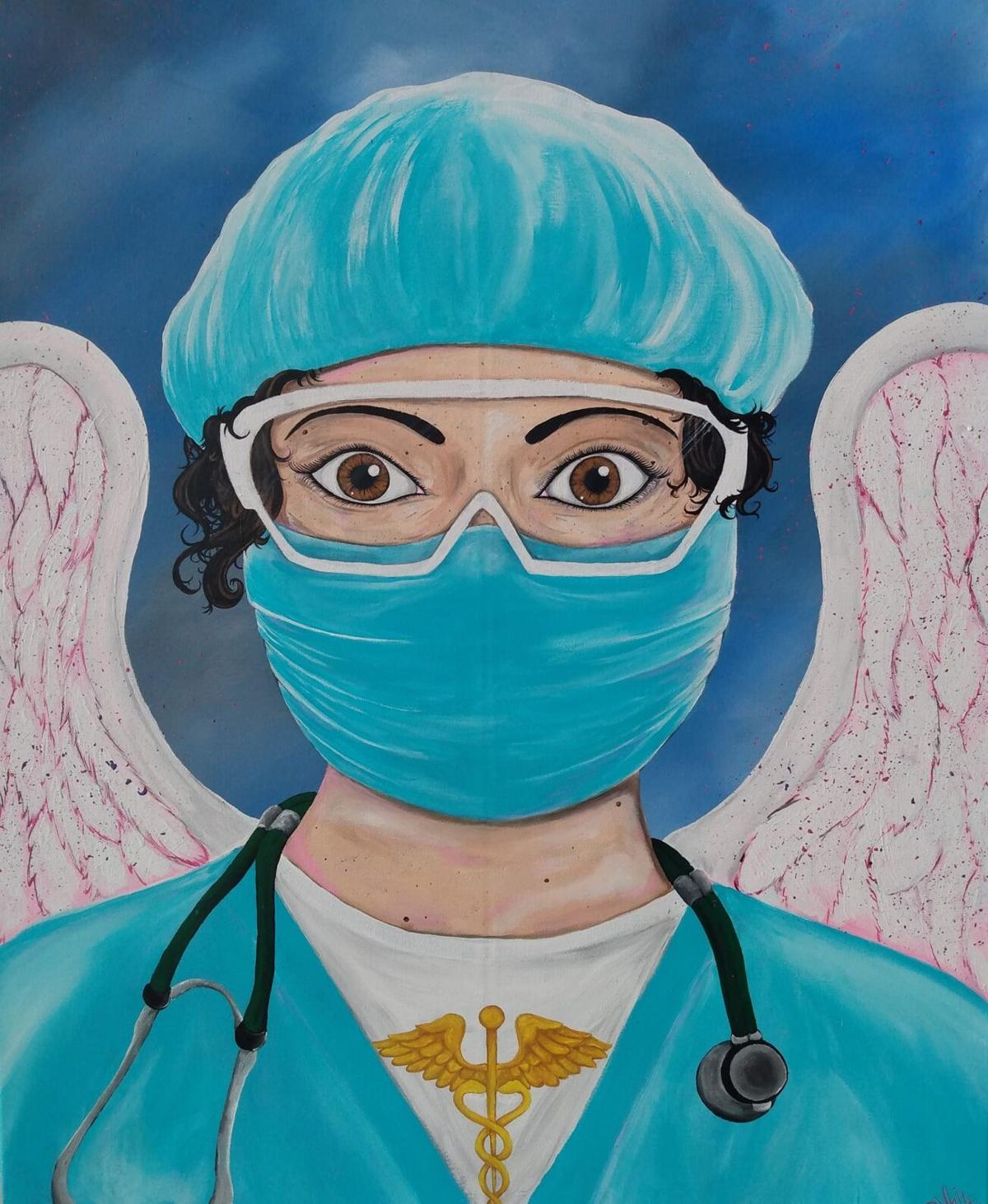 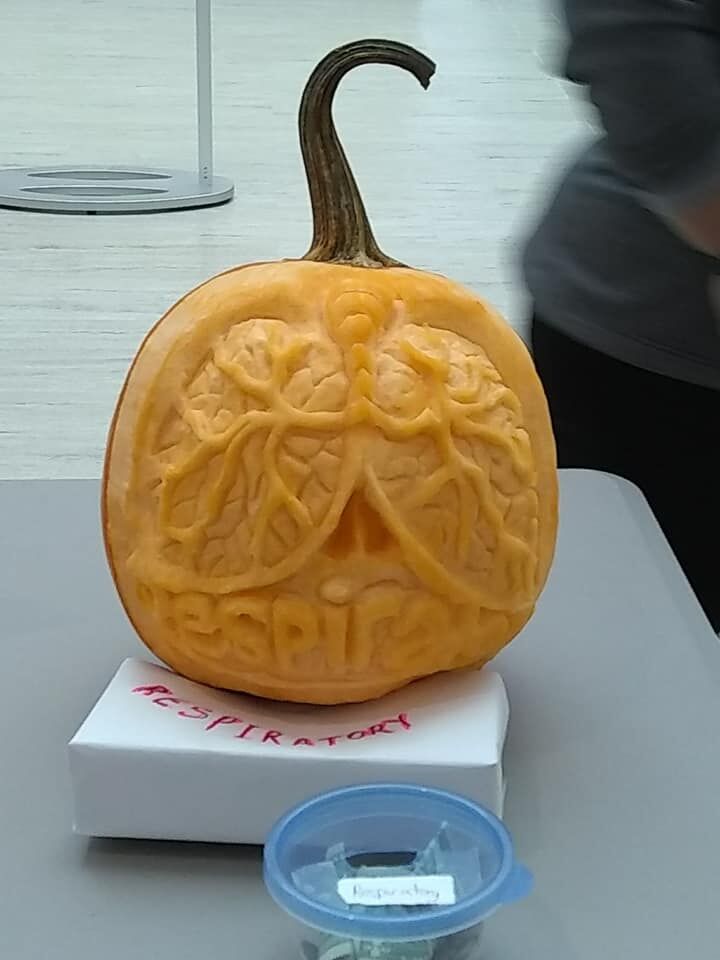 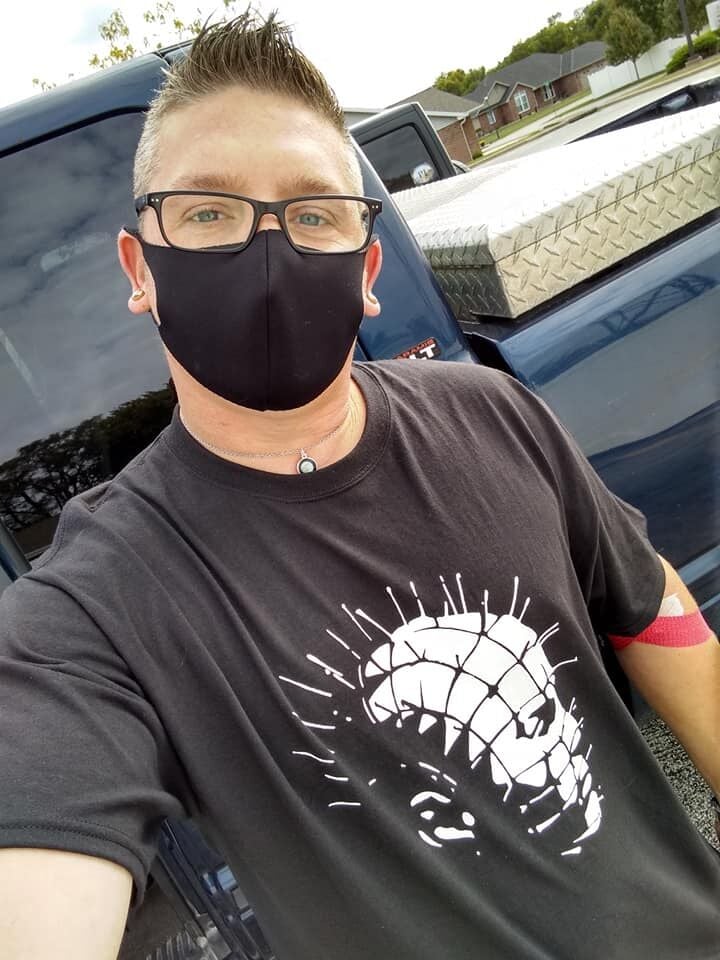 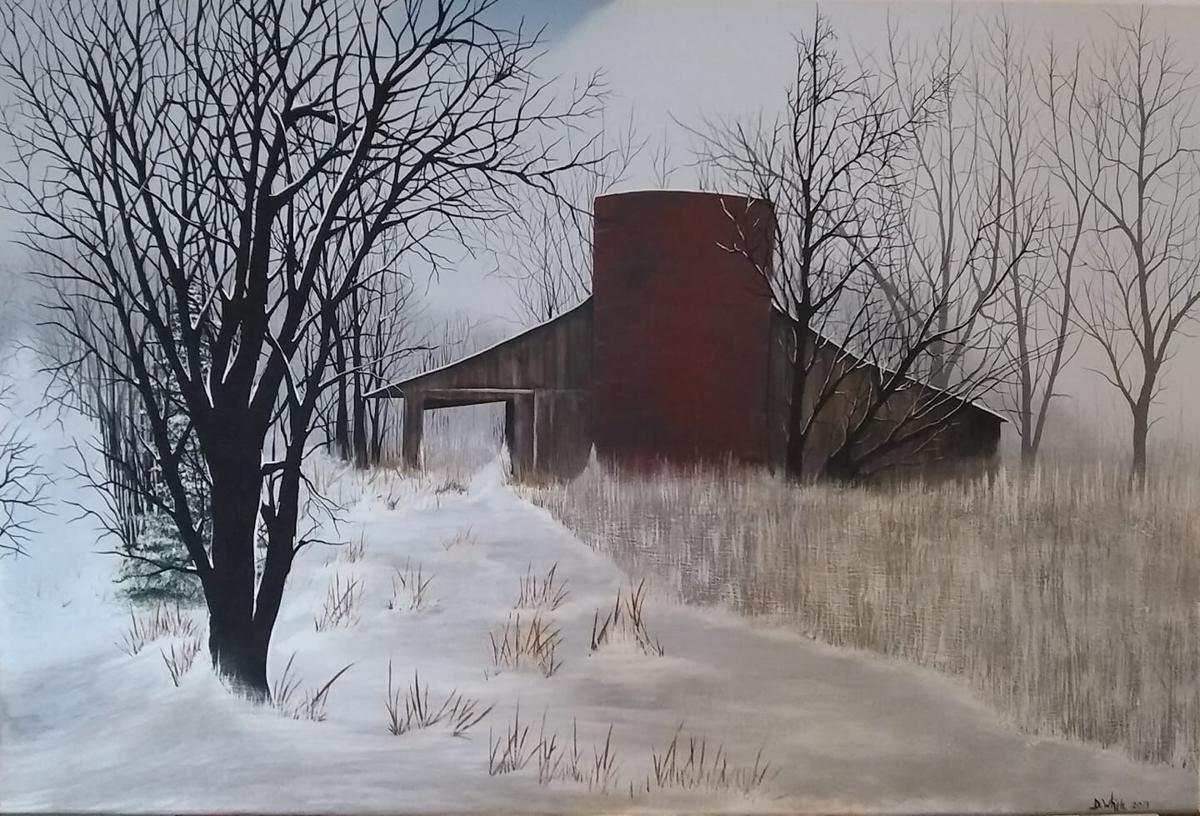 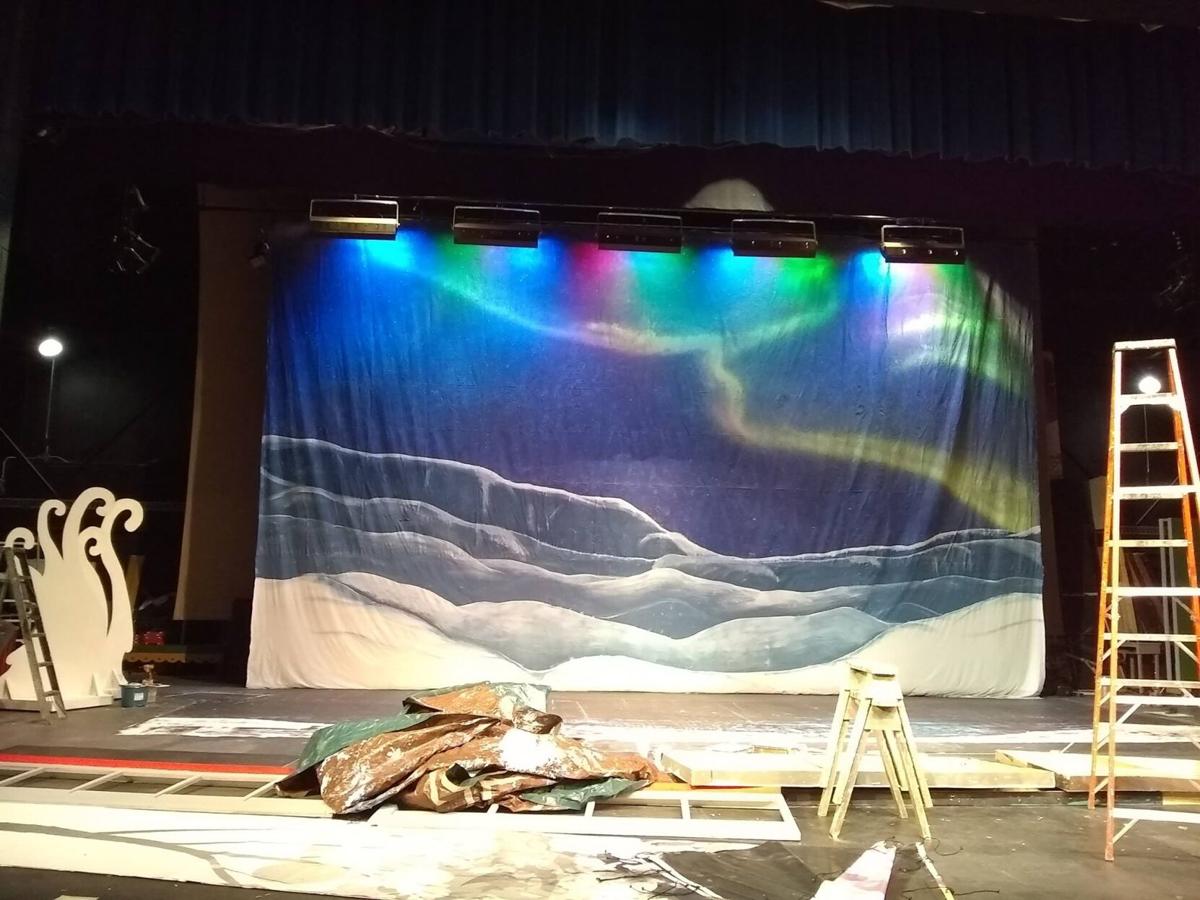 A lifetime of memories and hours of creativity has been captured on canvas through paintings and mediums. Hometown native, Danny White, is being featured in his first solo gallery, with his exhibit named Designs by Dan. White’s artwork can be viewed at the Heath Center Art Gallery in Quincy, Illinois from February 1 to March 12. Several of his collections are available for purchase. The exhibit is located at John Wood Community College.

White has always loved using his imagination to create art as long as he can remember. White stated, “As a child, other kids were watching cartoons and I was looking forward to the next episode of Painting with Bob Ross.” White shared memories of being encouraged with his gift of art by both his parents growing up. White stated, “My father and mother were always supportive. I was given my own room in the basement to paint, including a mural on the wall he continued work on over several years,” adding, “My father has since repainted the wall, but kept a portion of his favorite part to enjoy.”

The exhibit features an array of fiction, fantasy, sci-fi and horror, along with a few from his personal collection for viewers to observe. White explained he has been working on all the display for over a year, with only a few being done earlier in his art career.

White continued his artwork after high school, but admitted, “Painting felt more like a hobby throughout my twenties.” It wasn’t until a knee injury, did his gift of art begin to pay off. White explained, “I was home recovering and set up my Facebook page with my art. People became interested and wanted to purchase some of my paintings.”

Performing arts has also been a part of White’s life, proposing to his wife, Jenifer, at the Monroe City Talent Show in 2010, while the two of them performed a magic act that wowed the audience. One painting on display includes a picture of his wife called Earth Angel 2020. The piece shows her incredible strength and courage as a respiratory therapist working during this pandemic, including a mask and angel wings. Together their family has grown, increasing with three children including Preston, Keaton and Gwendolyn.

Today, White works as the Assistant Technical Director at the Quincy Community Theatre, although his position has been on hold this past year with the pandemic. White explained, “All the free time gave me a chance to create several of the pieces in the art show and be a home school teacher to my two youngest children.”

While White has worked mostly local, his artwork is traveling far and wide in private collection. Painting and mediums are what is being featured in his art exhibit, but White is well known for his stage make-up and effects as well.

The Heath Center Art Gallery is located in the lower level of the Paul Heath Community Education and Fine Arts Center. The gallery is open during regular college hours of operation. Exhibits are open to the public and available at no charge. Exhibits generally rotate on a monthly basis.