Free access for current print subscribers
Get Started
You are the owner of this article.
Edit Article Add New Article
You have permission to edit this article.
Edit
Home
News
Sports
Living
Announcements
A & E
Features
Obituaries
Classifieds
Coronavirus News
Missouri Marketplace
The Job Network
1 of 16 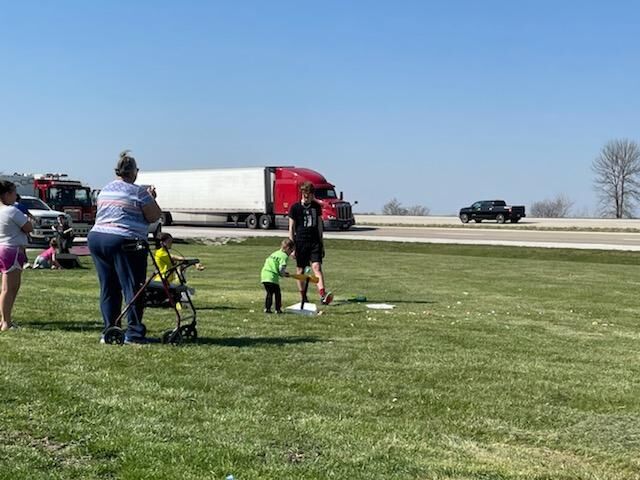 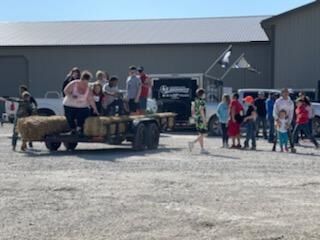 Others enjoyed a hayride, led by Joe Timbrook throughout the afternoon during the Egg Extravaganza. 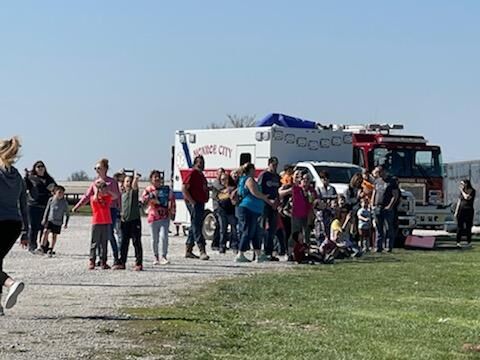 Children watched with excitement as they waited for the Survival Flight helicopter to land with the arrival of the Easter bunny. 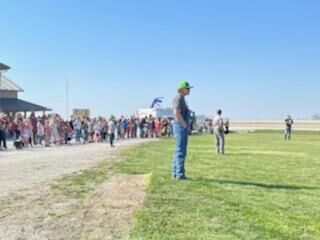 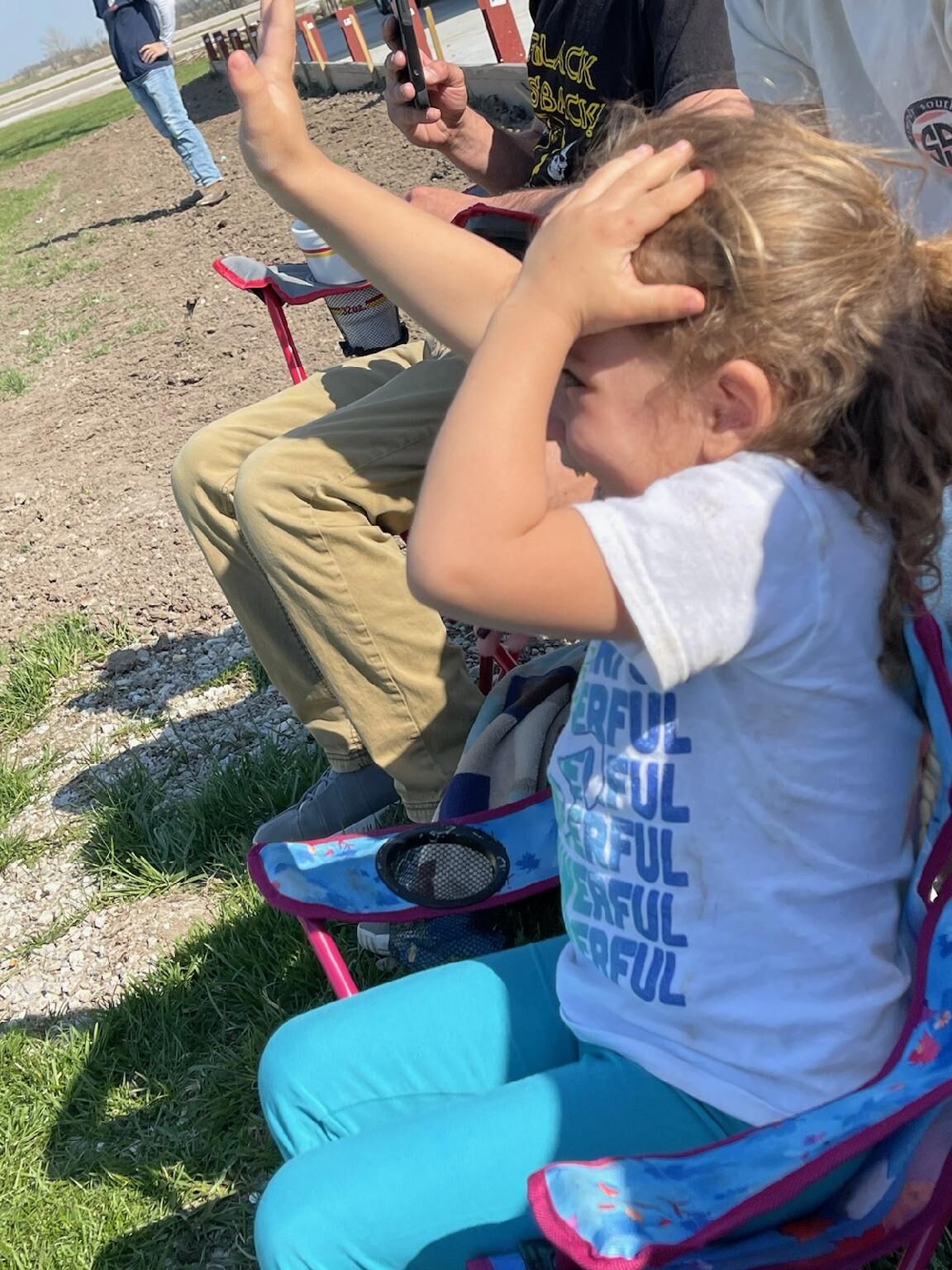 Josie Mae Hobbs squeals with excitement as the Easter bunny steps off the helicopter on April 3. 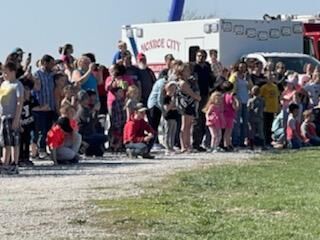 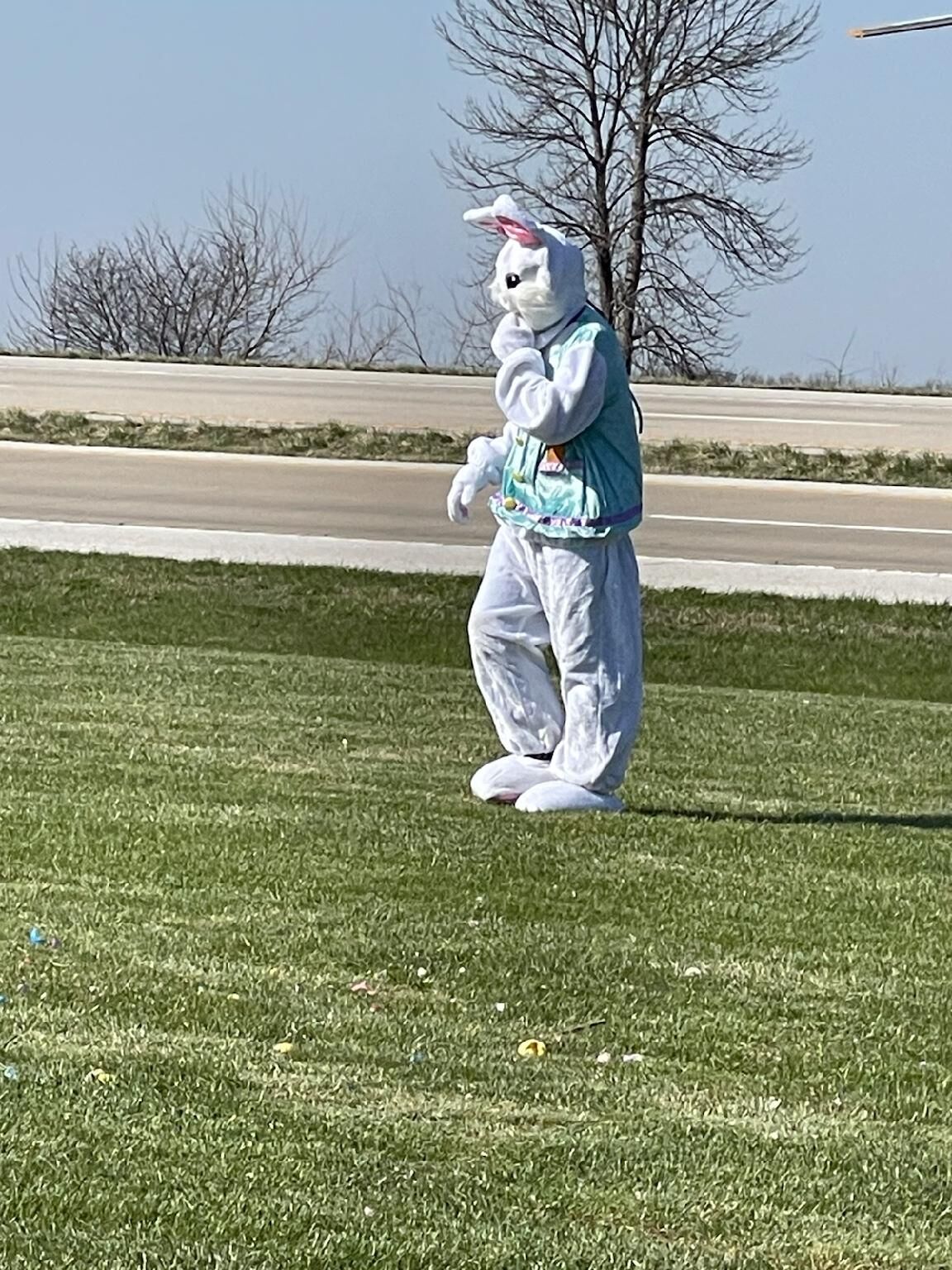 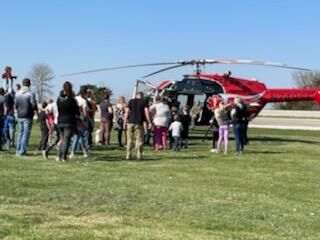 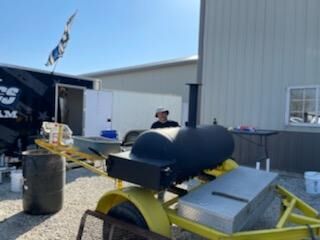 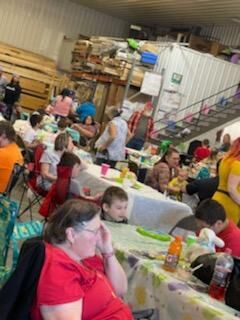 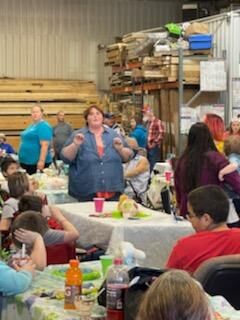 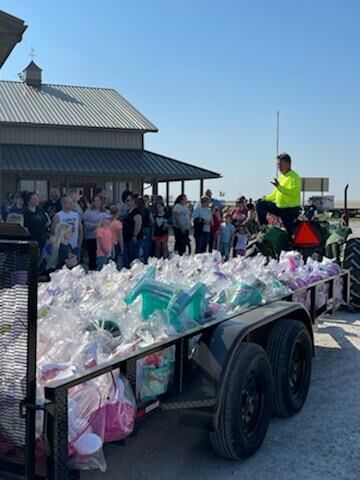 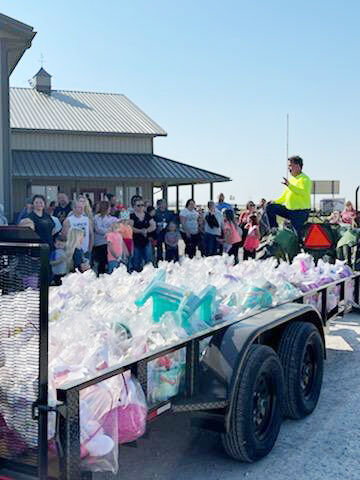 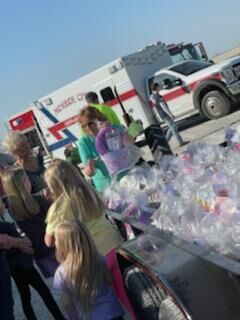 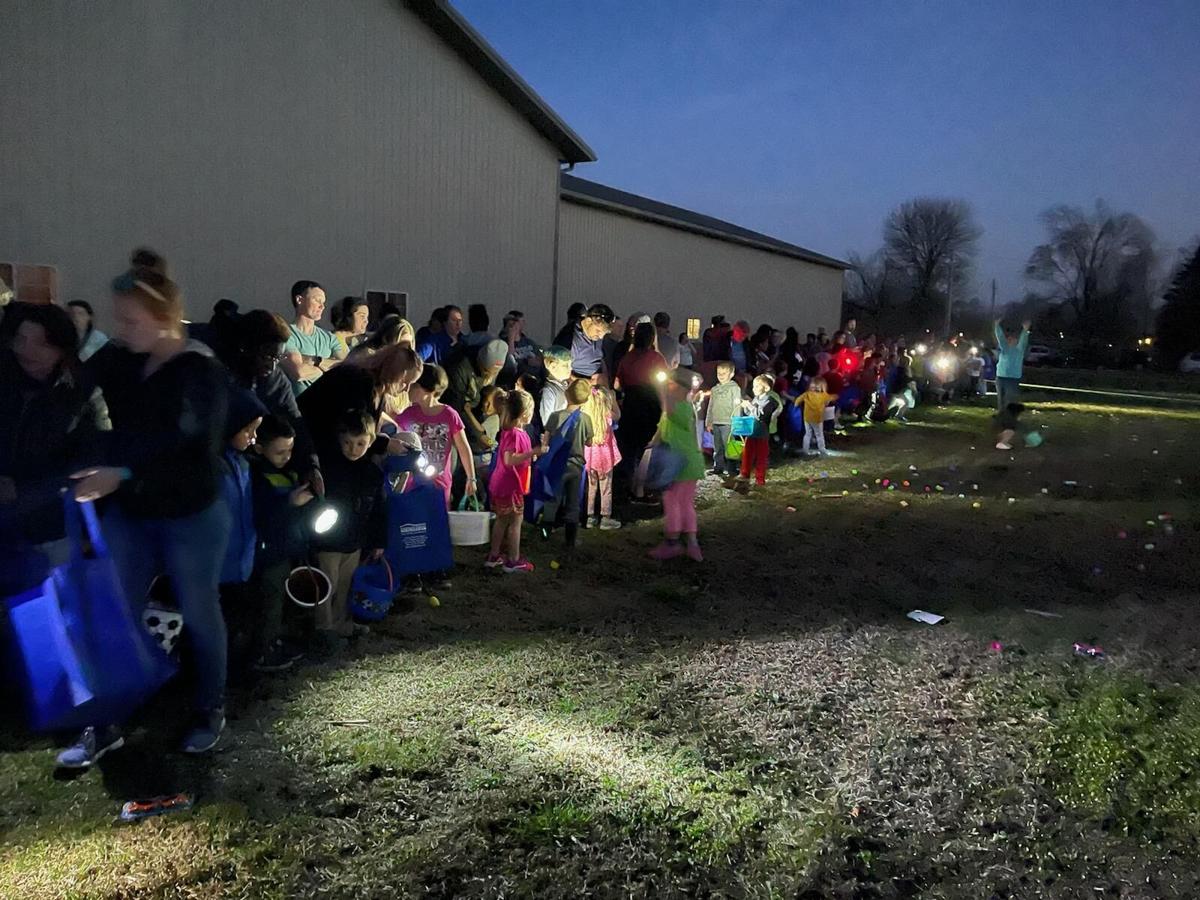 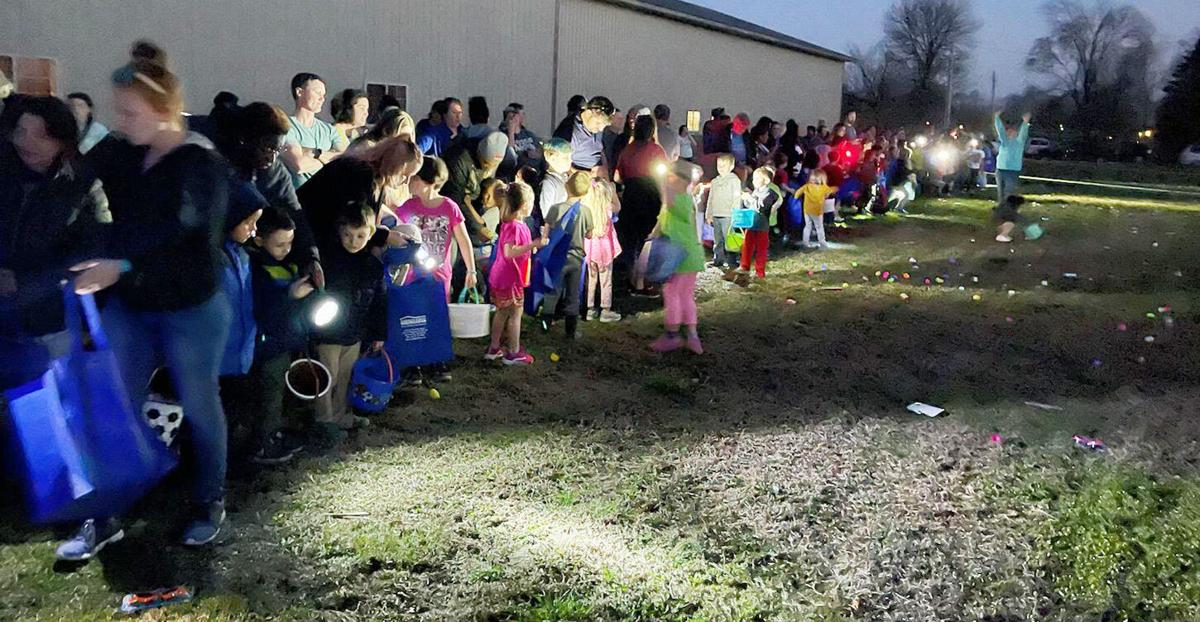 Hippity Hoppity who? The Easter Bunny flew in on April 3, as hundreds of viewers watched the Survival Flight helicopter deliver the furry friend to the Annual Timbrook’s Flashlight Easter Egg Extravaganza.

Children stood in awe with big smiles of excitement to greet their favorite rabbit as they celebrated the holiday with an afternoon of outdoor activities. The event was held at Concrete Pier Systems in Hunnewell, and put on by the Timbrook family and several volunteers.

The Monroe City Fire Department and the Monroe City Ambulance District was present for the children to tour the firetruck and ambulance. Emergency Service workers were present to answer questions and take pictures. Several children took their pictures inside the ambulance, fire truck and helicopter.

Guests were encouraged to bring their lawn chairs, while the children took part in the day’s events. Upon arrival, there was a messy game of Easter egg baseball, where young athletes took their turn at bat, hitting colored eggs, with most being hard boiled, but a few hits ended with a sticky raw surprise.

Organizer of the event, Debbie Timbrook, stated, “I boiled and colored approximately 1,000 eggs. I love seeing the joy on the kids’ faces.”

The day also included crafts and a hayride, where children and adults took their turn riding around the property. There were also several golf carts available for children to ride on throughout the day.

Later in the afternoon, trailers were brought out to surprise the kids with Easter baskets for each child. Prior to handing them out, Joe Timbrook shared with the audience, stating, “Everyone here will get an Easter basket. This entire event would not be possible without Debbie,” as he pointed to his wife, adding, “She did all this for all of you. If you want to thank anyone, thank her.”

There was a total of 435 Easter baskets prepared to hand out to children ages 0-12 years old. The baskets included chairs, goggles, toothbrushes, confetti eggs, book bags, cups, nail polish and much more. There was also prizes given out in a raffle for each age group throughout the day.

Lawdogs BBQ was present to prepare the meat for the event. The meal was free of charge to everyone in attendance, serving approximately 1,000 people. The meal served included pulled pork, chicken, tenderloin, hot dogs, hash brown potatoes, seven-layer salad, baked beans and a variety of desserts.